"How do you want to govern a country where there are 246 varieties of cheese?" De Gaulle said. In his famous reply, the general forgot about pastries, cold cuts and wine! France is, indeed, a gastronomic paradise for all epicureans! If its refined cuisine is exported all over the world, at Le Petit Futé, we have a real penchant for its local products. From Bayonne and its ham to Normandy and its cheeses: this is our tour of gourmet France!

Capital of the Burgundy-Franche-Comté region, Dijon is a pleasant city with a notable gastronomic identity. Burgundy is the land of good wines, crème de cassis or gingerbread that rocked our childhood. But Dijon is above all the city of strong mustard! This tasty sauce goes well with all meat dishes and is also used in the composition of mayonnaise. It is said that the former President of the United States, Barack Obama, would love it!

Visiting Le Mans is always a pleasant surprise. In the heart of the Sarthe, its historic centre, the Plantagenêt city, surprises visitors with its medieval charm. A stopover at Le Mans is also an opportunity to taste one of its main specialities: rillettes. Born in the 15th century in Touraine, this preparation made from meat cooked in its fat took off in Le Mans in the 19th century. Spread on bread and accompanied by pickles, they open the meal deliciously!

Bayonne, the capital of the French Basque Country, is known for its famous red and white festivals! The city is also a gourmet land of choice where you can enjoy a delicious Basque cake and above all a world-renowned ham! Bayonne ham has a controlled geographical indication and is produced only in the Adour basin, i.e. the department of Pyrénées-Atlantiques and its neighbouring cantons

Do you know Ambert, this charming sub-prefecture of the Puy-de-Dôme, historically renowned for its paper mills? It was an important centre for the dissemination of ideas during the Reformation. Today, it owes its reputation to its succulent specialty: the Fourme d'Ambert. This blue-veined cheese, protected by the PDO label, is said to be one of the oldest in France. César, before going to Gergovie, would have even stopped by Ambert to taste it!

Impossible to visit Aix-en-Provence without tasting its calissons! This confectionery is composed of a candied melon paste and crushed almonds, topped with royal icing and placed on a base of unleavened dough. It is a real explosion of flavours that would go back to the 12th century! To find out more, a visit to the Calisson Museum in Aix-en-Provence is a must. In the heart of a factory, a playful and gourmet tour retraces the history of this sugar factory

High in colour and flavour, Espelette is a small village in the heart of the Basque Country. Here, the speciality is displayed on the facades of the houses: it is the chilli pepper that dries in the sun. Espelette chilli pepper is known for its delicate taste that enhances most Basque dishes such as piperade or Basque chicken. In Espelette, you will find many products made with chilli pepper: ketchup, chocolate and even wine!

How can you not be charmed by this medieval Gironde city? Founded on a 7th century monastery, Saint-Emilion is now classified as a UNESCO World Heritage Site for its many historical monuments and its world-renowned vineyards. You can discover the different stages of the production of its red wine AOC in the many castles in the surrounding area. The budding gardeners will even leave with a small branch of vines to cultivate!

If in 1110, the Duke of Normandy wanted to build his new castle there, his "nine châtel", Neufchâtel-en-Bray, in Normandy, is nowadays much better known for its cheese than for its remains razed to the ground during the Second World War! Neufchâtel dates back to the 11th century: it is one of the oldest cheeses in the region. During the Hundred Years' War, the young Normans offered soldiers this heart-shaped delight as a testimony to their love: the height of romanticism!

2 - The nougat of Montélimar:

Between Valence and Avignon, Montélimar opens the doors of Provence. If its softness of life and the richness of its architectural heritage seduces visitors, it is its specialty that most often attracts them: the famous nougat! Since the second half of the 17th century, Montélimar has become the temple of this delicacy thanks, in particular, to the cultivation of almond trees on its territory. This sweetness is succumbing to in one of the many factories in the city

1 - The pink biscuits of Reims: 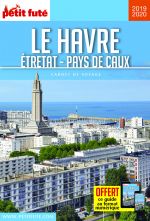 What can we say about Tyrol, the embodiment of the Austrian Alps in the international consciousness? In winter (but also ...

In the campsites, mobile home rentals are very successful. These small dwellings, often rectangular in shape, offer the ...