Built in the 15th and 16th centuries, the castle was attached to the crown of France in 1431. For nearly two centuries, its history is intimately linked to the great History of France. It was the witness of many historic events. Developed by Charles VIII and his wife Anne of Brittany between 1492 and 1497, it was the residence of the young Francis of Angoulême, future King Francis I. The latter had a great influence on the castle, the city but also the Renaissance. It was he who ordered the elevation of the royal residence. It was also at his invitation that Leonardo da Vinci came to Amboise. He spent the last three years of his life there before passing away "in the arms of the king", as the legend has it, and the painting by the painter François-Guillaume Ménageot, whose work is exhibited at the castle. The Saint-Hubert chapel is considered to be one of the masterpieces of the flamboyant gothic style. It is here that Leonardo da Vinci is buried. The richly furnished royal residence has recently enriched its collections with works of art from the 14th to the 19th century. You can also discover the rooms and chambers of the castle during the Renaissance thanks to the Histopad, an interactive tablet included in the ticket price. A playful visit that children will love! Please note that guided tours are offered continuously during the summer at no extra cost. Finally, at the top of the castle, you will have the privilege of discovering a unique, 360-degree view of the Loire Valley, listed as a World Heritage Site. Breathtaking! 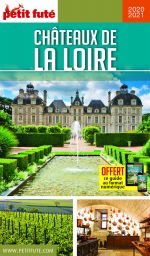