The National Museum of Natural History is a unique establishment. Much more than a museum, it is also a university, a research centre, a botanical and zoological garden. This unique place, rich in four centuries of scientific adventure, is working for the future of our planet. The many places of visit which it has throughout France, help the public to better understand nature in all its dimensions, as well as the world which surrounds us. There are 13 sites in France, in Paris, but also on the Côte d'Azur, in Finistère and in Centre-Val de Loire. We invite you to discover five sites of the Museum located in the regions, so many places to explore during your summer holidays! In addition, in order to face the health crisis, the Museum has prepared the best conditions for welcoming visitors to ensure that everyone has a high level of health security.

1- The Botanical Garden of Menton Val-Rahmeh

Welcome to an exotic garden with a preserved soul, for a journey to the heart of biodiversity. Dedicated to the conservation of endangered species, the Val Rahmeh Botanical Garden, a site of the Museum since 1966 and today labeled "Remarkable Garden", presents a collection of 1,700 different species, including 140 unique species from around the world! We start by walking through the palm tree alley, before continuing with the tropical and Mediterranean environments. You can then admire the hundred-year-old olive trees and the giant water lilies that flourish in the pond. The water lily Victoria cruziana has the largest leaves of any aquatic species in the world (2 m in diameter). Several personalities have enriched the place, such as Sir Percy Radcliffe and the eccentric Miss May Cambell. Visitors will discover the abundant vegetation and its colourful blooms among the 6,000 plants on the estate. Palms, bamboo, citrus fruits, lotus..., there are more than 1,500 species of subtropical and tropical plants from Africa, Asia, America and Oceania. The Botanical Garden of Menton Val-Rahmeh is an oasis of relaxation for the visitor, but also a privileged place of conservation of rare or threatened species. In the warmth of the famous city of Menton, an exotic botanical garden with a preserved soul and an intoxicating charm, between science and pleasure of the senses

Located in Sérignan-du-Comtat in the Vaucluse, theHarmas Jean-Henri Fabre offers an immersion into the natural sciences of the 19th century. Jean-Henri Fabre, a naturalist famous for his observations on insects and plants, lived in this property which was both his "open-air laboratory" and his family refuge. Initially, Fabre bought this estate of about 1 hectare, which included a farmhouse or bastide and a piece of fallow land known in Provençal as "harmas". The National Museum of Natural History eventually acquired it and the estate was classified as a historical monument in 1998. Labelled "Remarkable Garden" and "House of the Illustrious", the Harmas is a place of memory. The property is rich in most of the trees of Provence: holm oaks, Aleppo pines... The garden also has more than 500 plant species, varieties of shrubs and Mediterranean plants. Visitors will also discover Jean-Henri Fabre's study, devoted to study, observation and writing. It houses his collections of fossils, his manuscripts, his herbariums, his harvesting tools and the small table on which thousands of pages were written, including his Entomological Memories. His watercolours are presented in a room on the ground floor accessible to all. Only 40 km from Avignon, Jean-Henri Fabre made his farmhouse, in which he lived for 36 years, and the harmas that surround it, a real open-air laboratory.

In the Dordogne, a few kilometres from the mythical site of the Lascaux cave, thePataud shelter was occupied by the first Homo sapiens, the Cro-Magnon men. The visitor can discover the progress of these great users of highly sophisticated tools, but also the invention of figurative art. The site, which preserves the traces of some 15,000 years of prehistory, is one of the only ones in the region to show an excavation site and to present the techniques of archaeologists. Its reserves house an international reference collection of two million pieces. The Pataud shelter is a real museum under the rock which encourages the public to ask a multitude of questions about the life of men in prehistoric times. How did they live, eat, take shelter, use tools to hunt? A fascinating place for all audiences.

The Marinarium of Concarneau is the oldest marine station in the world, created in 1859 and still in activity. Its main activities are focused on research, collections, expertise, teaching and dissemination of knowledge. The public discovers an unsuspected diversity of marine habitats, local marine species, the immense wealth of the coastline and deeper spaces, for a foretaste of the next coastal excursions! With a strong focus on the sea, this site raises awareness among the public and society at large of the major issues related to biodiversity and its preservation. A tour of the site includes aquariums, fish tanks dating back to 1859, a large 120,000-litre tank and temporary exhibitions. Conferences and activities are also offered to visitors to learn more about, understand and manage the sea... and respect it

In Obterre, in the Indre department, the Haute-Touche Zoological Reserve offers the opportunity to discover wild animals, some of which are among the rarest, with family or friends. Wolves, baboons, deer, tigers, antelopes, lynx, lemurs... variety is the order of the day on this 436-hectare estate! In all, more than 1,300 animals of 110 different species from the five continents occupy this zoo, located in the middle of the forest, at the gateway to the Brenne Nature Park. The particularity of the reserve is that it is the only zoological establishment to benefit from the status of research laboratory, thus contributing to a better knowledge of the wild fauna and its conservation. Two conservation farms (European cistudes and duck bustards) allow regular reintroductions, while some forty species are bred in the framework of international programmes to preserve them. In this unique conservation and research facility, scientists are working to improve the reproduction of endangered species and our knowledge of their behaviour. In addition, the animals have large enclosures shaded by centuries-old oak trees and bordered by several ponds, offering visitors a natural, peaceful and authentic setting to discover the different species. These vast spaces also allow the animals to express their natural behaviour.

To be read next:
Top 10 best naturist beaches in the Canary Islands 5 must-do bike rides for the summer 5 reasons to visit Castelldefels Castle in the province of Barcelona Top 10 sunniest cities in Europe Top 10 sunniest cities in France The 10 best coffee shops to telework in Paris The most unusual activities to do around the world. Will you try number 2? 10 good reasons to retire abroad Top 12 things to do in the Stavanger region of southwestern Norway
Advertising 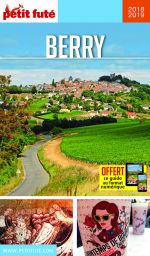 How to make the most of your travel photos

Don't let your travel photos sleep in your smartphone or computer. You can turn them into a work of art! Print the most ... Read the article

Go on a wellness trip to Asia or India?

Go to the sources of serenity and zen by choosing a well-being stay in Asia or India, a destination of letting go and ... Read the article

5 reasons to visit Castelldefels Castle in the province of Barcelona

A monument dating back to the 10th century and built on Iberian and Roman remains, the castle of Castelldefels proudly ... Read the article