Puglia, named after the ancient Roman Apulia, is this region of the "heel of the Italian boot", with an area of nearly 20,000 km2, in the extreme southeast of the territory. Its 800 km of coastline with splendid coves and beaches - Adriatic Sea in the east and Ionian Sea in the south - as well as its mild climate make it a tourist destination of prime importance both nationally and internationally, so that in the summer the area is quickly saturated. The tourist guide of Puglia proposes to explore its six provinces - Bari, Foggia, Lecce, Brindisi, Taranto and Barletta-Andria-Trani - highlighting its various (and countless!) assets, starting with the natural parks of Gargano and Alta Murgia, but also the caves of Castellana and the marine reserves of the Tremiti and Torre Guaceto islands. It is impossible to visit Puglia without passing through its capital, Bari, a dynamic port city and student city with a breathtaking architectural heritage, a mosaic of Orthodox churches, basilicas and cathedrals, but also through Lecce, the "Florence of the South" with its impressive Baroque architecture. The trulli of Alberobello or Locorotondo, these stone houses with conical roofs inspired by Byzantine, Norman and Aragonese traditions so typical of the region, are also worth seeing. Popular traditions, simple and robust cuisine, a warm welcome and sumptuous landscapes enamelled with the eternal olive and oleander trees are all particularities of Puglia that will seduce the traveller. Benvenuto in Puglia!

What to visit Apulia?

When to go to Apulia?

When to go to Puglia? If the most pleasant season to visit Italy is certainly summer, it also corresponds to the high tourist season, so that from June to early September, the beaches and roads are crowded, especially in July and August! It therefore seems much more sensible to avoid the hordes of tourists who invade the Peninsula in July and August, as Italians also take their holidays in August, especially around 15 August (Ferragosto). The best times to go to Puglia are suddenly spring and autumn, when the temperatures remain very pleasant and the tourist traffic is milder. In winter, the average temperatures in Bari remain quite suitable for visiting it. When to go to Puglia? From April to June and preferably in September-October.

The weather in Puglia is very pleasant all year round, even if in the heart of summer the heat is strong and the sunshine is strong on the coasts. Winters are quite mild, the temperature in Puglia rarely drops below 10°C even in January. The most pleasant seasons remain spring and autumn when you can enjoy the good weather and sites without bending under the heat or pester against the rain

Since the changeover to the euro, prices have therefore risen sharply in Puglia, and the situation is obviously worse in large cities and near renowned tourist sites. However, the cost of living is generally lower than in France. It should be noted that prices are fluctuating, increased in high season, but also depend on the hotel occupancy rate at a given time. By eating lightly and sleeping in simple hotels, you can do well in Puglia.

Citizens of the European Union and Swiss citizens. For a stay of less than three months, no visa is required to travel to Puglia: an identity card or passport that has expired less than five years ago is sufficient. After three months, the Questura (prefecture) must issue the permesso di soggiorno (residence permit), which will be valid for a period of five years.

Canadian citizens. For a stay of less than three months in Puglia and Italy: a valid passport will be required. No visa. Beyond three months, apply for a visa at the nearest Italian embassy or consulate or be issued locally by the Questura a three-month extension (rarely issued).

There are few risks - not even in France - of special contamination (water is drinkable in Puglia) or lack of emergency aid. Rescue services are very well organized in the region, and mobile phones work well everywhere, allowing early warning in case of problems. The common problems remain sunstroke and eye infections caused by the non-use of sunglasses. You can already get the necessary equipment before you leave to cover all these eventualities. If no vaccine is required to travel to Apulia, however, check that your vaccines (DT Polio, etc.) are up to date.

How to go to Apulia? Our advice & tips

Italy and Puglia are destinations that attract more visitors every year, both Italian and European as well as from the rest of the world. There are also many agencies specialising in travel organisation in this region of the Peninsula. It is up to you to see which of the offers offered are best suited to you, both in terms of duration and region visited. It should be noted that packages combining transport and accommodation are often financially attractive.

To get to Puglia by your own means, you have several options, depending on the time you have and your starting point. If flying remains the fastest (and not necessarily the most expensive if you do it well in advance), with landing in Bari, you can also opt for a car trip (the roads are very beautiful as far as southern Italy), or the train. As far as accommodation is concerned, booking in advance is never a bad idea.

To get around, renting a vehicle naturally makes it easier to travel from one village to another, but it is important to be careful when making a reservation: ask for the amount of the deposit that will be charged/locked and the terms of the contract. If you use public transport, it is very cheap and diversified, with very explicit websites that allow you to plan your itinerary in advance. For punctuality, however, patience is a holiday!

Prepare for your trip Apulia 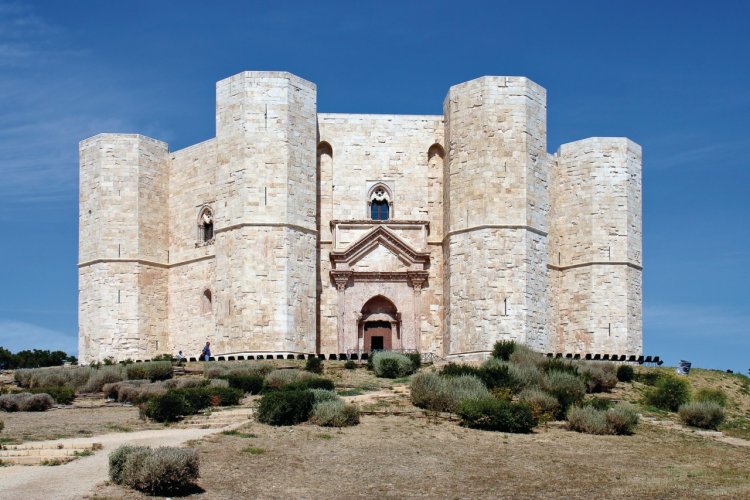 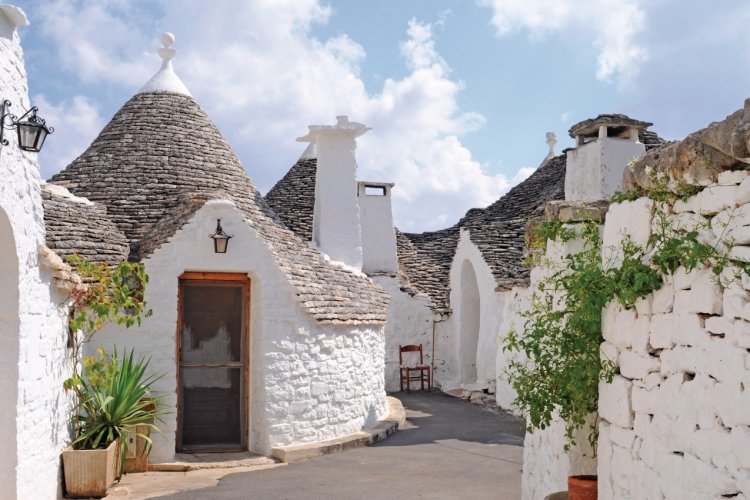 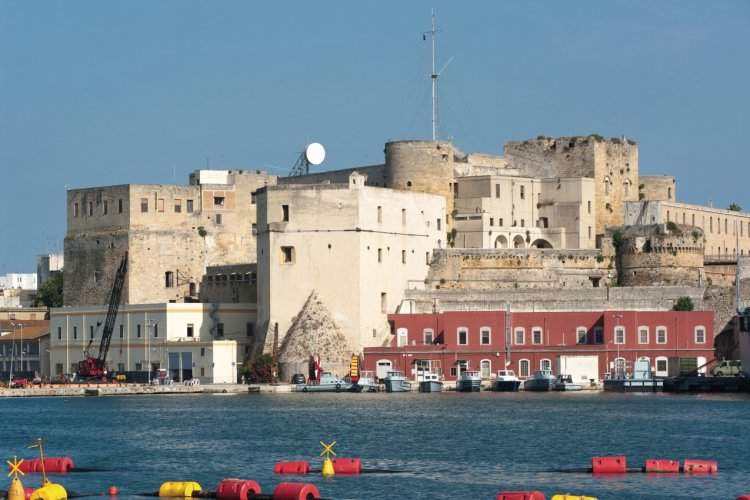 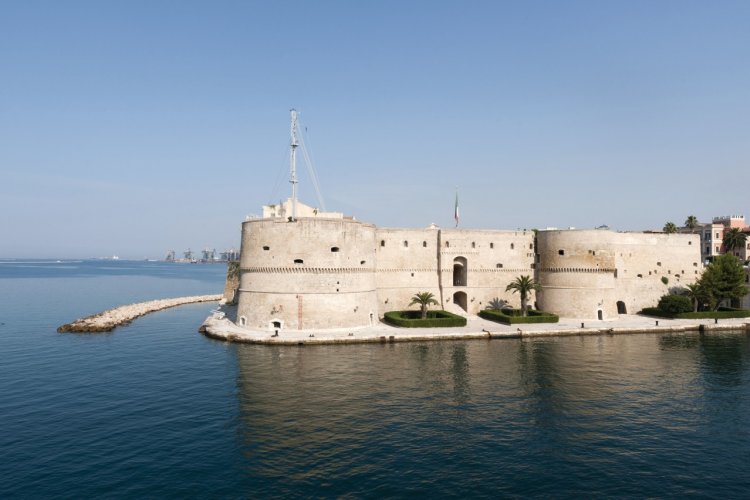 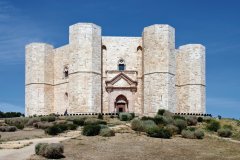 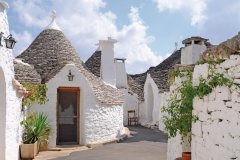 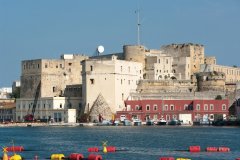 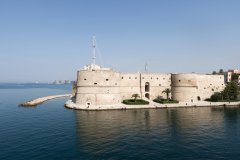 When to go to Puglia? If the most pleasant season to visit Italy is certainly summer, it also corresponds to the high...
Read more about it

The weather in Puglia is very pleasant all year round, even if in the heart of summer the heat is strong and the suns...
Read more about it

Since the changeover to the euro, prices have therefore risen sharply in Puglia, and the situation is obviously worse...
Read more about it

Citizens of the European Union and Swiss citizens. For a stay of less than three months, no visa is required t...
Read more about it

There are few risks - not even in France - of special contamination (water is drinkable in Puglia) or la...
Read more about it

To get to Puglia by your own means, you have several options, depending on the time you have and your starting point....
Read more about it

Italy and Puglia are destinations that attract more visitors every year, both Italian and European as well as from th...
Read more about it

To get around, renting a vehicle naturally makes it easier to travel from one village to another, but it is important...
Read more about it

Italian cuisine is renowned throughout the world and has many fans. From antipasti to pasta, pizza, gnocchi, risottos, carpaccios and ice cream, there are a thousand and one reasons to plan an Italian gastronomic getaway. The streets of Italian cities are full of restaurants and whether you decide to go to Verona, Naples or Milan, it is clear that Italian cuisine takes on a special dimension when you taste it in the country where it all ...

Tight budget can rhyme with beautiful sunny destinations with heavenly beaches. There are indeed many places in the world where you can have a good time without spending too much money. In Europe, but also on other continents, you can enjoy the joys of being abroad, hearing a different language, tasting local cuisine and relaxing on beaches where the sun shines in abundance. Petit Futé gives you ideas to organize your future holidays. So ...

From its gastronomy to its exceptional landscapes, Italy never ceases to enchant travellers from all over the world. The charm of this country of a thousand facets certainly lies in its traditions and landscapes which vary from North to South, forming a united country, but still culturally fragmented. A tour of Italy allows you to discover all the poetry of hilly landscapes before stopping in sublime cities that are home to a rich historical ...