The must-sees of the Hauts-de-France

Logically located in the northern part of the country, the Hauts-de-France region has something to surprise visitors. Its main cities, including Lille, Arras and Amiens, are home to a beautiful architectural heritage and a remarkable cultural offer. Not forgetting the museums, which passionately recount how the region has been marked by the great events of history. From a historic site or a flamboyant castle, you then reach the coast, which reveals peaceful seaside resorts of the Opal Coast and the unmissable Baie de Somme, with its remarkable ecological wealth. A stay in the Hauts-de-France offers the possibility to stroll through lively and surprising places, here are the must-see. 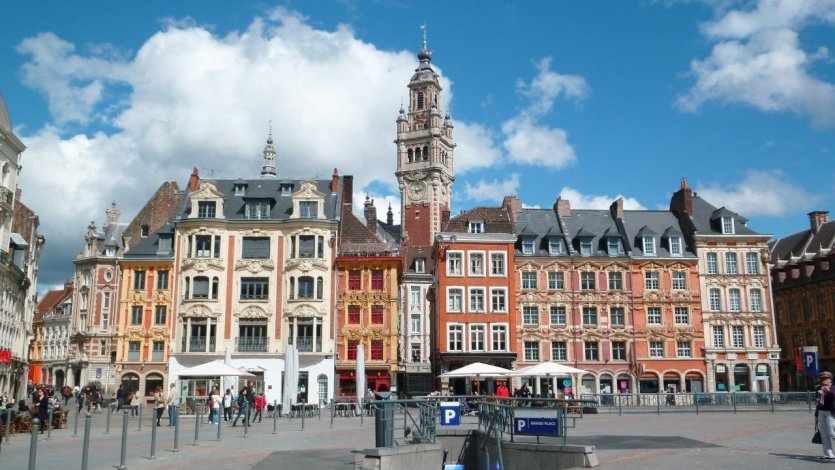 Lille is a dynamic metropolis and a stroll in the old town is an opportunity to discover an exceptional heritage. You start by reaching the unmissable Grand Place to contemplate buildings with varied architecture, the Vieille Bourse, the headquarters of the newspaper La Voix du Nord and the Chamber of Commerce and its belfry. Some squares have a more intimate character, such as the charming Place aux Oignons. On sunny days, this is the perfect place to sit out on a terrace and enjoy a Flemish carbonnade or a welsh. Old Lille is also a ribbon of cobbled streets and alleys with historic facades. In the rue de la Monnaie, one of the oldest streets in the city, you can take advantage of the presence of numerous shops to indulge in a few follies 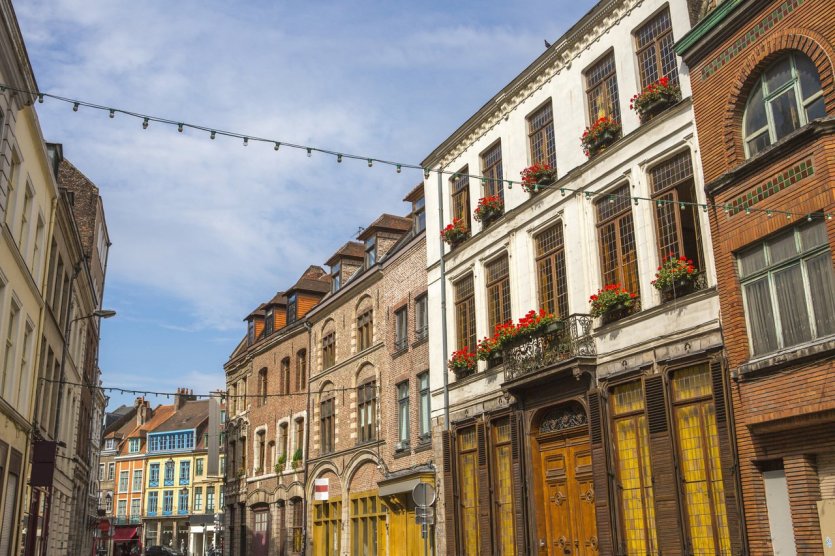 Getting to La Piscine de Roubaix

This amazing place is a must see during a trip to the Hauts-de-France. Now the André Diligent Museum of Art and Industry, it is housed in the former Art Deco swimming pool of Roubaix, which was originally a unique social melting pot and a place of entertainment for the working class. Unfortunately, due to the fragility of its vault, the pool closed its doors in 1985. Since 2001, La Piscine has been a museum open to the public, who can discover 19th and 20th century sculptures and temporary exhibitions in a splendid setting whose architecture cannot leave one indifferent 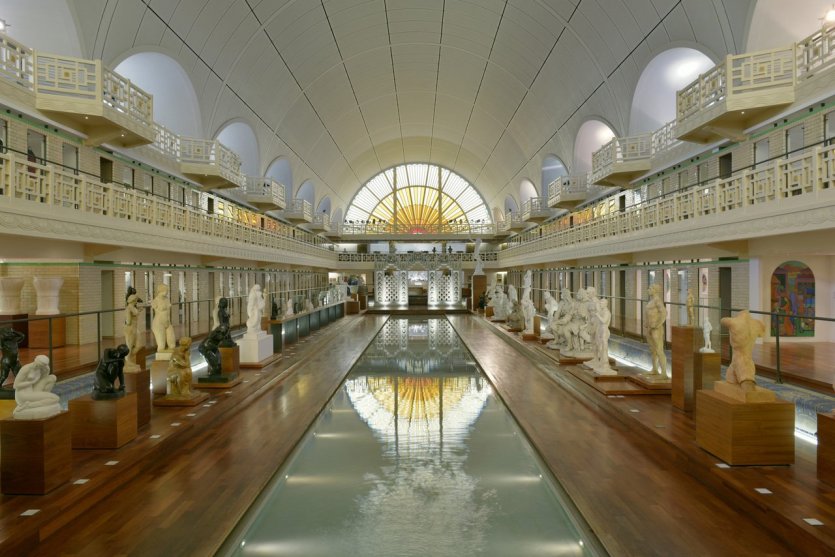 A stroll in the park of the Château de Chantilly

The Domaine de Chantilly is composed of the castle and its Condé museum, the stables where the horse museum and the park and its gardens are located, where you can stroll for hours. From the splendid 17th century French-style garden designed by André Le Nôtre, you head towards another green space, the 18th century Anglo-Chinese garden, and finally the 19th century English garden. In the park of the Château de Chantilly, more than three centuries of links between man and nature are revealed to walkers. During the walk, you will enjoy the peaceful atmosphere of the place and time to contemplate the different elements that make up the space: wooded areas, lakes, statues and other canals 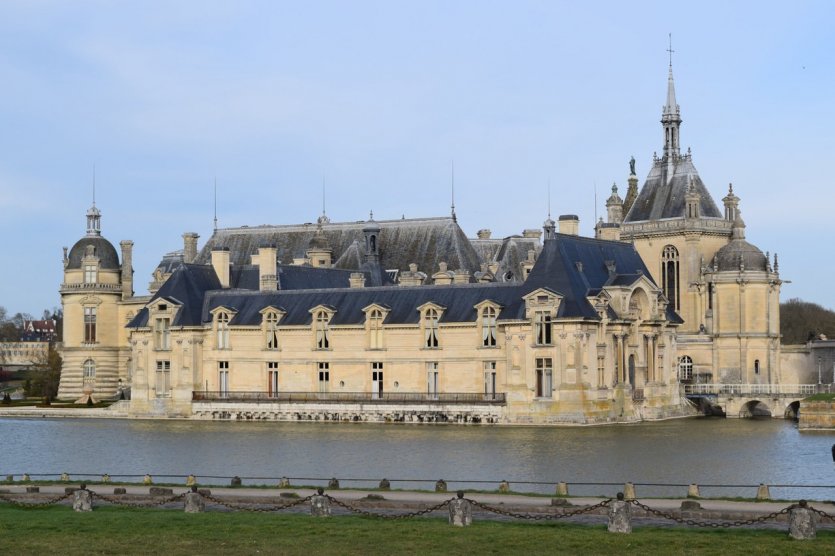 A time at the Louvre-Lens museum

In 2012, the famous Parisian museum was decentralized to Lens, to the delight of the city's inhabitants and visitors. When he arrives at the Louvre-Lens, he starts by contemplating its exterior architecture. Built on the ground floor, made of glass and aluminium, the building is intended to be discreet and in perfect harmony with the landscape. Once inside the minimalist monument, one discovers the Galerie du Temps, where there are more than 200 masterpieces dating from Antiquity, the Middle Ages and more modern times. Unlike the Louvre Museum, where the works of art are classified by department, here they are arranged in a single space, chronologically. The Louvre-Lens museum also offers temporary exhibitions of high quality 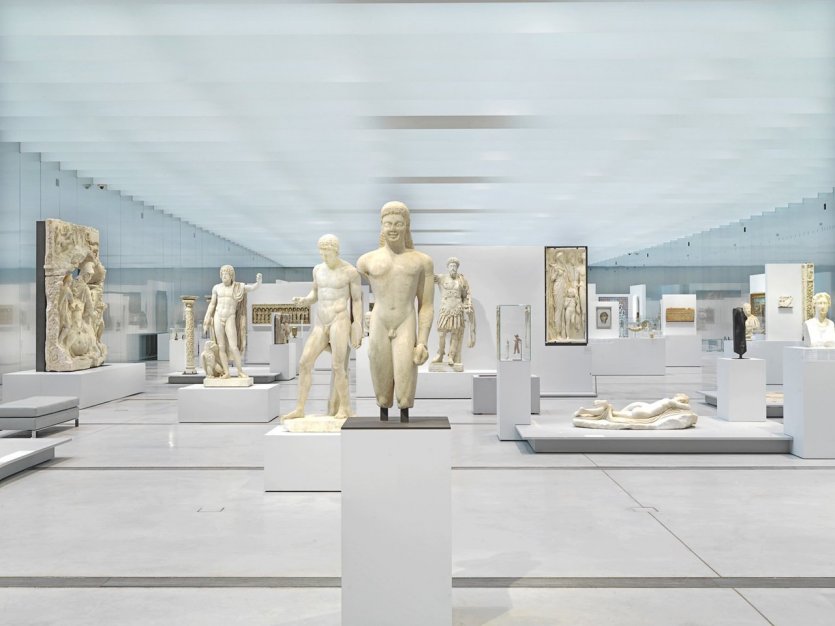 A moment with family or friends at Le Touquet beach

Situated on the Opal Coast and 12 kilometres long, Le Touquet beach offers an exceptional relaxation area for families and groups of friends. You can enjoy a walk on the seawall before reaching the sand and indulging in a variety of activities. Kite surfing, windsurfing, sand yachting, the options are not lacking. The children are also welcome with animations which are proposed to them and the possibility of kite flying. On sunny days, the place welcomes beach volleyball players and for those who wish a little more privacy, it is always possible to head for Stella to find quieter spots in the wild dunes. 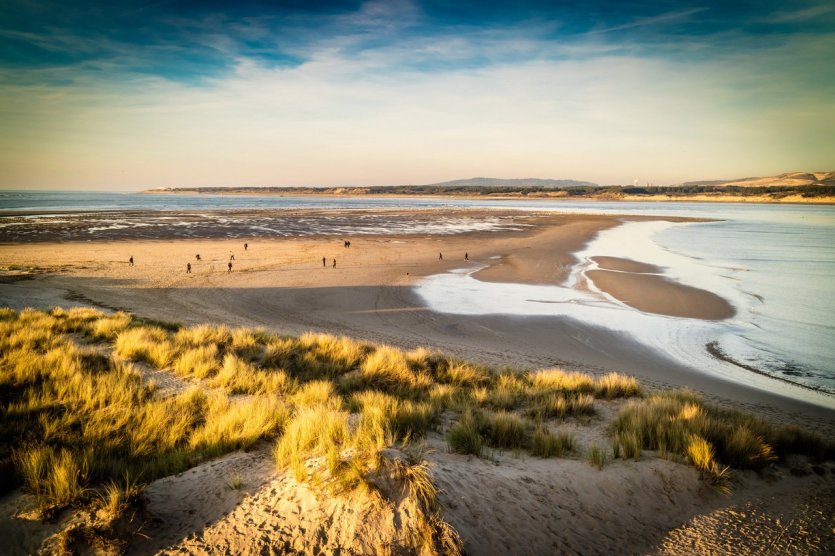 A stroll in Amiens cannot be done without going to see its splendid cathedral, built in the 13th century and which radiates by the beauty of its architecture. You must start by contemplating the details of its facade and be surprised by the largest Gothic building ever built by man. The interior is also radiant and grandiose, not only because of its dimensions, but also because of its arcades, stained glass windows and exceptional organ. To finish in beauty, do not hesitate to climb the steps of its towers which, once at the top, allow you to enjoy a sublime panorama of the city and its surroundings. The cathedral of Amiens is classified as a UNESCO World Heritage Site. 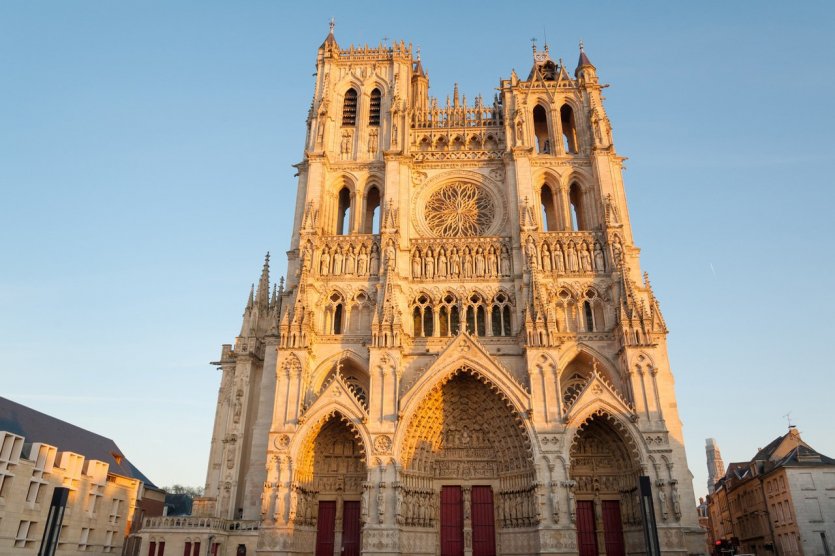 The Museum of Resistance and Deportation of Picardy

It is in the town of Tergnier in Picardy that one has the opportunity to plunge into the heart of the Resistance and Deportation during the Second World War. Strolling through the different spaces, one discovers life under the German occupation, the repression, the deportation and how the Resistance was born. We also gain a better understanding of some of the key events of the war, such as the arrival of Hitler, the appeal of 18 June 1940 and the Landing and Liberation. To complete the permanent exhibition, many period objects are on display to the public, including a locomotive, a Beechcraft C.45 and an R-35 tank 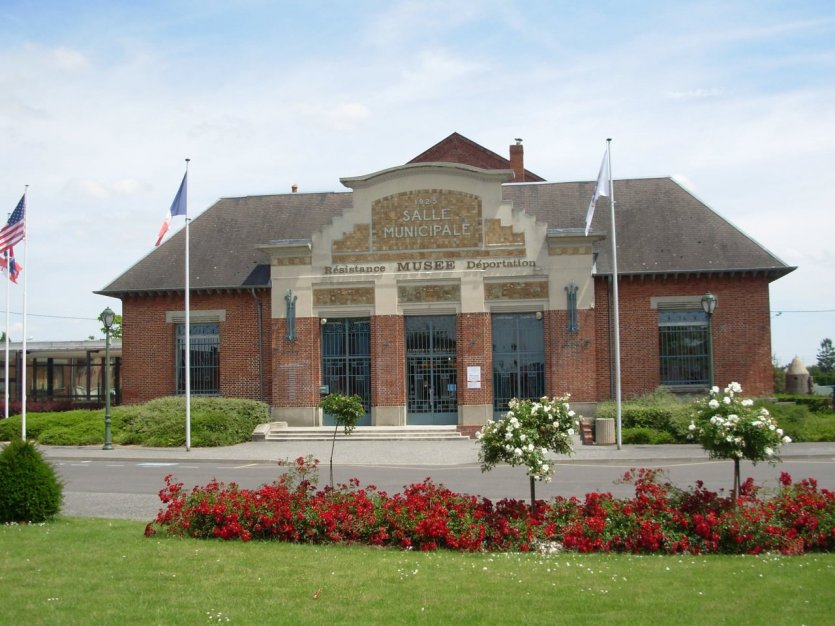 The discovery of the Château de Compiègne

This sublime building was originally built by Louis XV and Louis XVI, then it was Napoleon I and Napoleon III who added some personal touches. This neo-classical castle, the largest in France, was a high place for the exercise of power, as well as the life of the court. In its splendid rooms and galleries, one can discover beautiful interior decorations and furniture, and plunge into the private life of some of the country's greatest sovereigns. The tour takes you from the Imperial Apartments to the Second Empire Museum, as well as to the National Car Museum, which houses an outstanding collection of horse-drawn vehicles from the 18th to the early 20th century, as well as other models related to the early days of the automobile adventure 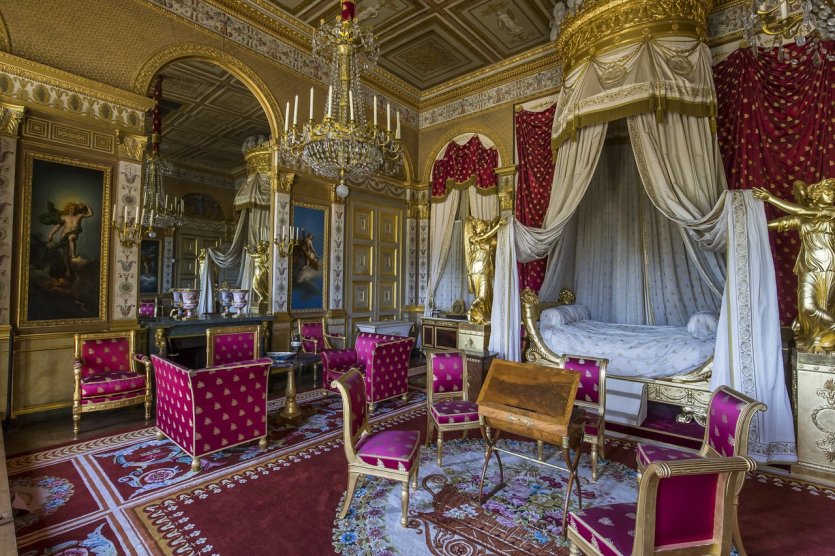 A tour of the amazing Villa Cavrois

The Villa Cavrois is a modern castle. It is the work of the architect Mallet-Stevens, who had it built in the 1930s for Paul Cravois, a major textile industrialist from the North. The villa is resolutely modern, its architecture and lines are geometric. Once inside, one discovers a refined decoration, based on precious materials such as wood and marble, but everything has been designed to offer spaces that express simplicity, refinement, hygiene and functionality. The Villa Cavrois also has 830 m2 of terrace and a belvedere from which you can enjoy a sublime view of the peaceful garden, where a 72-metre long mirror of water takes its place 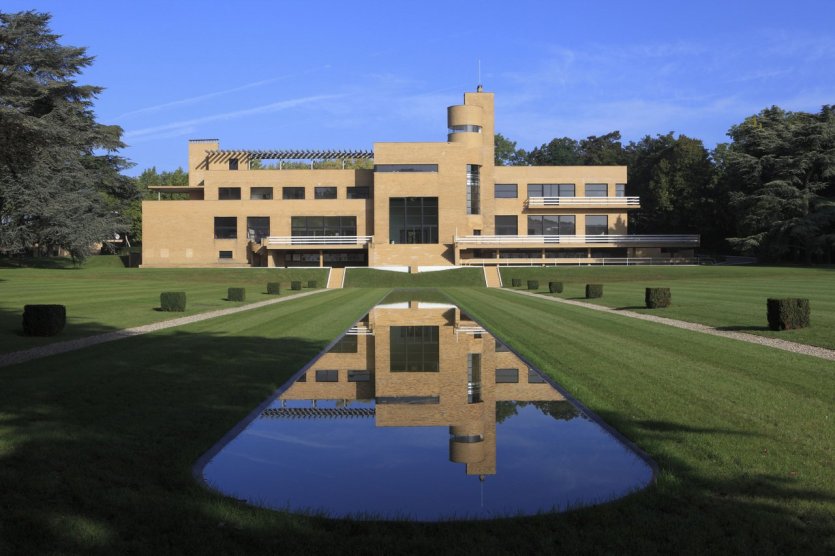 Attend a sunset on the bay of the Somme

The Baie de Somme is one of the most beautiful bays in the world. Geographically, it encompasses the entire coastline between Fort Mahon and Mers-les-Bains. On a small perimeter, it offers a wide variety of landscapes: wild dunes, gigantic cliffs, marshes or pebble beaches. In this paradise of biodiversity, you can contemplate an exceptional fauna, including a multitude of birds and a large colony of sea seals. The Bay of the Somme fascinates by the rhythm of the tides which come to sculpt the landscapes and also for the moment of perfect communion with nature offered at sunset, where the pastel, natural colours give the impression of plunging into the heart of an impressionist painting 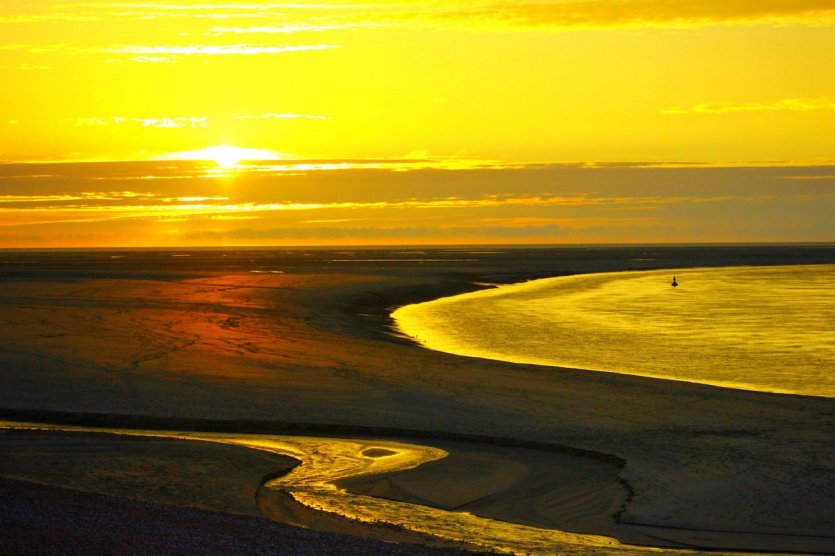 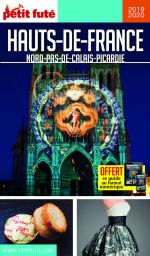 A large proportion of large companies and associations with many employees organise seminars. A company seminar is a ...
Read the article

Impressive dimensions, majestic enchantment and record-breaking crowds, this is what links Amiens Cathedral, which is ...
Read the article