The Canal du Midi, boarding for a dream trip along the water

The Canal du Midi, once a trade route, is today a natural and architectural treasure that deserves to be discovered as it was lived, along the water. A boat without a licence is the key to such a journey. During this adventure, the relationship with time is transformed and you move forward, dazzled by superb landscapes with intoxicating perfumes. A cruise between Castelnaudary and Agde reveals the South-West in all its history, its heritage and its specialities, among which good little wines not to be missed!

Cruise under the Languedoc sun

It is possible to spend an hour or an afternoon on the canal thanks to numerous companies. Guest barges are also very pleasant. But cruising on board a boat without a licence is still the best way to discover the Canal des Deux-Mers, its works and its landscapes

The adventure on the canal, classified as a world heritage site, starts in Castelnaudary. You arrive in the morning by train, so as not to miss the boarding around 4pm. At noon, the sun caresses the stone of the castle and the collegiate church of the ancient capital of the Lauragais. It seems to emerge from the waters of the port, the basin created to supply the canal with water.

In the afternoon, the boat is ready. It is a real floating house. The rental companies offer typical tours, rent bicycles to be loaded on the boat and give all the necessary practical information.

Piloting your boat is child's play

In the morning, it's time for the big departure and Castelnaudary moves away. As you pass by, you greet the artificial island of Cybèle, follow the old windmill of Cugarel, which takes you back to the time when barges loaded with goods circulated in all directions on the basin. The first expected passage is the Saint-Roch locks, which are lined on the right bank with abandoned windmills, and on the left bank with the old "couchée", the first stop for the mail boat. This was the name given to the stagecoach that linked Toulouse and Agde in three days.

The canal is narrow and wild, lined with plane trees in the cool shade. The numerous locks regulate the time and the day is coming to an end when the silhouette of the fairy-tale palace of Carcassonne appears in the distance

Carcassonne! The largest fortress in Europe, also a World Heritage Site! The next morning, the sailors will sail to the triple lock of Trèbes embalmed by the heady scent of jam from the Domaine de l'Écluse, a workshop of exquisite specialities. The owner will point out "the treasure of Trèbes" that one is eager to admire in the chapel of the church which houses 320 wooden panels painted with strange portraits.

The ship sets off again through landscapes of vineyards and cypress trees. Around Marseillette, tiny irrigation channels run under the willows. They feed the rice fields. A little further on, you will see the magnificent Argentdouble spillway, with its 11 arches spanning the canal. Then, here is Homps. The remains of the castle of the Knights of Malta keep the memory of an important port where the boatmen could change direction without any trouble.

A few more kilometres and you pass the Argens-Minervois lock, which marks the beginning of 54 km without a lock, the Grand Bief. The canal meanders through the vineyards. The boat passes over the bridge-canal of Paraza. Stopover at the charming hamlet of Le Somail, an old "couchée" which has not changed for centuries. The stopover is ideal for renting a car and visiting the surrounding area. In the morning, it will be Peyrepertuse, the best preserved of the Cathar castles; in the afternoon, the extraordinary Cistercian abbey of Fontfroide, an admirable testimony of the religious architecture of the 12th and 13th centuries. The return to Le Somail is done under the stars, amidst a wonderful concert of crickets

Make way for the Malpas breakthrough towards Béziers

Around 10 am, the journey resumes. Once past the junction with the Robine canal and its umbrella pines, the road continues peacefully towards Béziers. The Roman ruins of the town of Poilhes appear, as a foretaste of those seen here and there in the following kilometres. A tunnel runs directly under the hill. This is the famous Malpas breakthrough. Instead of going around the sandy mountain of Ensérune, the canal crosses it from side to side. The boat enters a cool darkness. A stopover in the semicircular port of Colombiers allows you to stock up on groceries and have a drink at the Amphis, the most popular bar on the canal. A garage sale is held every first Sunday of the month. A good day out!

The Fonsérannes ladder, the masterpiece

The next day, we set off again. The ship heads for the extraordinary Fonsérannes ladder of locks. A staircase of 8 basins allows a difference in level of more than 20 m over a distance of 300 m. It is true, it is a test for the pilot. There are many people, one boat passes at a time, the manoeuvres are complicated and 8 locks are a lot at once. Fortunately, it is an off-peak hour. The little ship crosses the other remarkable structure of the canal at Béziers, the Orb canal bridge, one of the longest of its kind in France. It dates from the 20th century. Béziers is a typically Mediterranean city. The cathedral of Saint-Nazaire, installed on a rocky promontory, dominates the city of which it is the symbol. The present building, in the southern Gothic style, is the successor to a Roman temple dedicated to Augustus, and then to the Romanesque church which was destroyed in 1209 when Béziers was taken by the Crusaders. The interior, surprisingly spacious, contains 14th century frescoes and a beautiful 17th century organ case. The boat starts up again and goes between the narrowed lanes of the canal and under the machinery of the Libron's mobile passageway which gives the crazy impression of sailing under a long circus tent. At Portiragnes, we pass Port-Cassafières where we will return the boat the next day. Soon, the salt ponds announcing Agde appear, the blinding light announces the Greek city and the sea. The entrance to the town is through the famous round lock. By a simple rotation and a device of three doors, the boats have the choice between the Hérault, the maritime canal and the canal du Midi!

Agde, festivities of a city full of history

Agde! Founded twenty-five centuries ago by the Phoceans, the "belle" is the oldest town in France after Marseille. Each street, each monument is a piece of its history. Its inhabitants continue to preserve ancient traditions such as the Festival of New Wine, the Festival of the Sea, jousting tournaments... The sumptuous Agatha mansions, often facing the canal, as in Venice, erase the apprehension of soon returning to everyday life. The sea is lavender blue, the sea spray salts the lips. A wild joy takes hold of the traveller. He feels inhabited by the adventure he has just experienced and ready to bite into the world. In the meantime, some Bouzigues oysters will do the trick!

When are the locks open? The locks are open from mid-March to the end of November. In the summer, festivals and events are held on the banks. In April-May or in October, you can enjoy the peace and quiet and the splendid nature.

How to get there. The best way is to arrive by train in Castelnaudary. By plane, direction Toulouse (71 km from Castelnaudary). 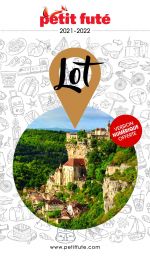 River cruising is a way of travelling that invites you to slow down and connect directly with the elements that surround ...

Cathar castles, a walk in the footsteps of lost citadels

Drowned in the mist of theAude, intertwined in the folds of the rock or hanging over the void, the castles of the Cathar ...

Because of its long history, France is full of medieval towns and villages that take us back to the Middle Ages. These ...

The Canigó massif, hikes between earth and sky

Rudyard Kipling compared Canigó (or Canigou) to the mountains of South Africa or the Himalayas. But why compare what ...