Holiday Idea: The South of England

From Victorian seaside resorts to tiny stone villages petrified by time in endless rolling meadows, the South of England has many of those charming clichés that come to mind when you think of the country. A region that fits perfectly with the image we have of this English countryside that is conducive to poetic reverie. And how could we not evoke London or Brighton, these vibrant and lively cities, where freedom reigns and where art takes a central place alongside gastronomy? While most visitors arrive in London by plane or Eurostar, it is also possible to board a ferry to disembark in Dover (1h45 from London), from Calais or Dunkirk, or to Newhaven (20 minutes from Brighton and 1h45 from London) from Dieppe. These are great options that will allow you to reach the South of England with your own vehicle as soon as you leave the boat. And quickly set off to discover unsuspected treasures

Arriving by ferry is therefore the best choice to enjoy the South of England as quickly as possible. If you choose to anchor in Dover, you will start your road trip with the eminently British charm of Kent, often described as the garden of England. With its quiet, green and hilly countryside, punctuated by small villages and oast houses, those traditional towers used to dry the famous local hops, you will have to take the camera out regularly. But the local star is unquestionably Canterbury the Medieval, which allows you to immerse yourself in heritage, gastronomy and a completely British charm. Historic jewel of the Southeast and seat of the Anglican Church, Canterbury owes its immense reputation to its superb medieval streets and its majestic cathedral. An unmissable visit before heading to London. Few cities in the world fascinate so much. London, a megalopolis with more than 14 million inhabitants, is the most cosmopolitan city in Europe and there is something for everyone. Dozens of ethnic minorities live side by side and in harmony. If there were only one word to sum up London, it would be its openness. At the cutting edge of culture, the city has more than a hundred theatres and an incredible number of shows, musicals and ballets. London is also known for its many museums, most of them free and interactive, and its monuments steeped in history, such as Buckingham Palace, Houses of Parliament and Westminster Abbey, to name but the main ones. As the gastronomic capital, London is home to an increasing number of restaurants from all over the world. English breakfast, Japanese lunch and Indonesian dinner, nothing is hard to find. And to go out, there are more than 7,000 pubs in London! And, in between games of the mythical local football clubs, London is also one of the world's fashion and shopping capitals. Whether it's Oxford Street for its department stores (shopping centres) or Regent Street for its luxury brands, the credit card may well become a little hot!

So if you can disembark at the port of Dover, it is also possible to get off the ferry a little further west at Newhaven from Dieppe. We will still be less than 2 hours from London, but we can reach the dynamic and charming Brighton in twenty minutes by car. Brighton is a must, because few other cities in Great Britain can boast such a reputation and similar influence for the same population. It is quite simply the most attractive seaside resort in the country and the most popular spot on the entire south-east coast. And the Victorians were not mistaken when they began flocking to it in the early 19th century. George IV even had a stunning residence built there in 1787, the Royal Pavilion, a local landmark that can still be visited today. The second local icon is undoubtedly the Brighton Palace Pier, built on the huge pebble beach that attracts so many people on sunny days. Its counterpart at the West Pier burned down in 2003 and still sits naked in the middle of the water, marking the landscape with its skeleton. It takes all its brilliance at each sunset, which is magnificent here. But Brighton isn't just a postcard setting, it's also one of Britain's great culinary destinations, a breeding ground for excellent traditional pubs and a mecca for the national nightlife.
A nice introduction, before setting off to explore Sussex. The county has it all - lush green rolling countryside, a gentle or rugged coastline, vibrant towns and small cities with character. It is a concentrate of England. Its charming hinterland is marked by the gentle South Downs and picturesque villages such as Rye, Lewes or Battle. The grandiose heritage is never far away and there are many witnesses to this, in Chichester, Arundel or Herstmonceux. The waterfront in this southern region has many attractive faces and the cliffs of Seven Sisters have nothing to envy to Etretat. The last invasion of the country in the person of William the Conqueror came from neighbouring Normandy. The man who changed the face of Great Britain won his decisive victory in 1066, next to Hastings, and his imprint is still present in stones and spirits

FROM HAMPSHIRE TO THE ISLE OF WIGHT, STROLLS AND IDLENESS

To the west of Sussex lies Hampshire, which still captivates visitors with its ability to change its face. The county surprises with its maritime heritage in Portsmouth and medieval heritage in Winchester, while it offers attractive nature in the New Forest National Park and many walking and cycling trails on the Isle of Wight. The Isle of Wight is a popular tourist destination for the British, who come here in great numbers in the summer months to experience the charms of its coastline and mild climate. In addition to the historical attractions, the main reason for visiting the Isle of Wight is to relax and unwind in a small world where time seems to have stood still in the Victorian era. Thatched cottages sit side by side with sumptuous hotels, and the long, family-friendly beaches contrast with the high white cliffs of the west

THE TREASURES OF THE SOUTH-WEST

Back on the English coast, we can then drive back up and push the discovery all the way to the south-west of the country, a region full of wonders not to be missed. Prehistoric heritage is here everywhere, although it is in Wiltshire that it is most prolific and captivating, especially at the world-famous Stonehenge site, but also in the area around Avebury. The architecture is also particularly impressive. Whether Georgian in Bath or medieval in Wells, Salisbury, Castle Combe and many other places, it bears witness to the region's very rich past.
Finally, these unmissable visits will also allow you to enjoy a dreamlike nature. The Jurassic Coast, which straddles Dorset and Devon, is a UNESCO World Heritage Coast for its wonderful and fascinating scenery, while Dartmoor National Park is a mysterious land of moorland, mist and high rocky hills, making it a true hiker's paradise. Finally, how can you not be overwhelmed by the beauty of Cornwall's coastline, with its cliffs, small fishing villages, white sandy beaches and romantic coves? It's enough to fill your eyes with excitement, before setting off again on the return ferry.

If most tourists take the Eurostar or airplane, boarding a ferry to Dover (1h45 from London), from Calais or Dunkirk, or to Newhaven (20 minutes from Brighton and 1h45 from London) from Dieppe, allows you to leave with your own vehicle.
The DFDS company provides several connections to London from the Opal Coast, to Calais and Dunkirk, and from Dieppe to Newhaven. In the summer of 2021, the fleet will welcome a brand new ferry, the Côte d'Opale and its huge Duty Free area. A godsend to keep busy during the 2-hour crossing 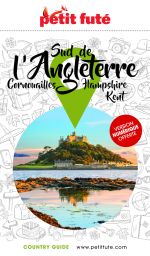 Original Travel : leader in tailor-made and high-end travel in the Anglo-Saxon world

In 2017, Voyageurs du Monde, a specialist in tailor-made travel and a benchmark in the field in France, announced the ...