Only an hour from Barcelona, Spain's largest amusement park unfolds its six themed worlds on the Mediterranean coast. From Far West to Mexico, passing by China or Polynesia, its shows and attractions offer a world tour full of emotions for the whole family!

Opened in 1995 on the Costa Daurada, in the province of Tarragona, PortAventura Park is now one of the most important theme parks in Europe. Its legendary attractions and shows for the whole family attract more than five million visitors every year. The park is divided into six themed areas: Mediterrània, Polynesia, China, Mexico, Far West and SésamoAventura.

At the entrance to the park, the emblematic Mediterrània immerses visitors in the atmosphere of a fishing village. Thrill-seekers will not want to miss Furius Baco, an incredible catapult that will test the most intrepid, going from 0 to 135 km/h in just 3 seconds! On board the Estació del Nord locomotive, a much more relaxing ride takes visitors to the Wild West. The Silver River Flume and Grand Canyon Rapids attractions offer a refreshing ride for young and old alike in a barren, Western-style setting On the wooden roller coaster Stampida, you can ride at full speed in the footsteps of the first settlers. In neighbouring Mexico City, you'll need a strong heart to try out Hurakan Condor and its 100 km/h free fall! But it is "China" which reserves the strongest emotions with the eight loops at 100 km/h of Dragon Khan, and the incredible descent at 134 km/h of Shambhala. The exotic and vegetated world of Polynesia offers much more accessible and just as fun attractions, such as Tutuki Splash, Canoes and Kontiki. Just like the world of SesamoAventura, with its enchanted decor and rides adapted to the little ones. The park's first darkride called Street Mission opened in this area in 2019.

A new experience every season

In addition to its many attractions, PortAventura Park seduces with its exotic and very neat settings, where it is good to stroll throughout the year. Even in winter, the mild Spanish climate allows you to enjoy the park to the full. Thus, one can stroll with pleasure from the Great Wall of China to the Mayan city of Chichén Itzá, through the jungle of Polynesia to the saloon of a village in the Far West! The shows are also one of the highlights of the park, and even more so during the holidays. During the Halloween season, PortAventura Park is the perfect place to play scare tactics, with terrifying shows and staging! At the end of the year, the park dresses up in lights to offer a special programme. Ice rink, illuminations, shows...: nothing is missing to experience the magic of Christmas with your family! In summer, the proximity of the beaches of the Costa Daurada makes it an ideal destination for a stay with family, friends or couples. All you have to do is book your tickets here ! 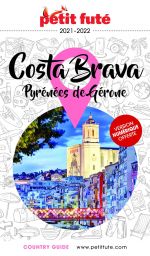 La Roca Village: a shopping stop not to be missed during a stay in Catalonia

La Roca Village, located 40 minutes from Barcelona and on the road to the extraordinary Costa Brava, is more than just a ...

Experience the Costa Brava and the Girona Pyrenees twice, a destination that offers everything

When it comes to travel, we are often asked about our preferences. Do we prefer the sea or the mountains? Skiing or ...

The Pyrenees of Catalonia: a choice territory for mountain hiking

Located in the north-eastern part of Spain, between the French border and the Mediterranean coast, the Pyrenees of ...

Family getaway in the Pyrenees of Catalonia: the pleasure of wide open spaces

In the north-east of Spain, the Pyrenees of Catalonia await families who love nature and the mountains. The high peaks, ...