Where to leave without taking a plane from France?

Whether it's to reduce our carbon footprint or out of fear, we all have a good reason for wanting to avoid getting on a plane. The flyskam phenomenon, or the shame of flying, has spread rapidly in Europe and the United States, leading many travellers to opt for less polluting ground public transport. If a few years ago the city-trip was popular, slow tourism tends to become more and more democratic. For a longer and less CO2-intensive trip, here are 20 destinations where you can leave without taking the plane

London in a few hours

Nothing could be simpler than reaching the British capital by train: the famous Eurostar serves it from Calais station - Frethun, Lille Europe, Lyon Part-Dieu or Paris Gare du Nord in just a few hours. If you prefer the sea, it is also very easy to take the ferry even as a pedestrian traveller, the fastest crossing being from Calais to Dover. So get off the plane to London!

To reach Brussels, the Thalys leaving from Paris Gare du Nord, Chambéry - Challes-les-Eaux or Albertville is very practical! It drops you off at the Brussels-Midi train station, ideal for discovering the city. Several bus companies also offer the trip from Paris. The Manneken Pis, the famous "kid who pisses", is one of the best known symbols of Brussels, not to mention Magritte and the beautiful museum dedicated to him

It's well known: the Dutch are avid bicycle enthusiasts. To make your trip even more environmentally friendly, take the high-speed train to Amsterdam. A fast and comfortable journey is assured from Paris Gare du Nord station. There are many bus companies to get there as well. The trip is a little longer, but still pleasant. And on the spot, don't forget to rent a bike of course!

Only a few fathoms from the French coast, the Channel Islands offer a soothing and exotic setting for all travellers. You will find the tranquillity of the Norman countryside, the charm of Brittany and a typically British atmosphere! To reach Jersey, the largest of these islands, you can take the ferry from Saint-Malo which is only 65 km from Saint-Hélier, the capital of Jersey

Milan, the charm of Italy

Certainly, the capital of Lombardy is not the most typical city in Italy. However, its charm is undeniable and it deserves a getaway. Easily accessible in 7 hours by TGV from Gare de Lyon in Paris or Gare de Lyon Saint-Exupery, Milan is the Italian capital of fashion. His Galleria Vittorio Emanuele II is full of shops, each one more chic than the next. Symbol of the city, the Duomo is to be discovered

The island of beauty is no longer presented as its natural treasures are so numerous: from Cap Corse to Bonifacio via the calanques de Piana, Corsica is a real jewel accessible by ferry from many ports in the south of France such as Marseille or Toulon. Whether you choose to arrive in Bastia, L'île Rousse or Ajaccio, it will be very easy for you to travel around the island with a rental car or by using the Corsican bus network

From the south of France, Barcelona is easily accessible by train from Paris, Nîmes, Montpellier, Béziers, Narbonne or Perpignan. Several bus companies also offer the trip. No need to get on a plane to eat tapas, discover Gaudí's treasures or spend a wild evening in the gótico barrio! Pleasant in all seasons, Barcelona is a sure value for a successful getaway

Venice never disappoints. In spite of the stream of tourists that we meet there, this museum city is a real postcard and certainly one of the most romantic destinations there is. To reach it from Paris or Dijon, a night train is available to wake up in the lagoon. A pleasant trip that also saves you a night in a hotel (which is not insignificant in Venice!).

Cologne, along the Rhine

Nothing could be easier to reach Cologne, in the west of Germany: a train takes you there in 3h15 from Paris! Its imposing Gothic cathedral and its historic centre of rare beauty are no longer to be seen. At weekends, it is its Belgian district that you should discover: as soon as night falls, it is the den of the partygoers who come to enjoy a beer and some chips. For chocolate lovers, there is also a museum dedicated to it!

Its position in the Strait of Gibraltar has always made it a strategic crossing point between Africa and Europe. From Sète, you can go by ferry to Tangier and discover this city facing the sea that conquered Henri Matisse as well as Jack Kerouac or Yves Saint-Laurent. Its white houses facing the bay, its souks of a thousand colours and its medina make it a charming destination to discover without further delay

Situated on the western shore of Lake Geneva, only a few kilometres from the French border, there is no shortage of alternatives to reach beautiful Geneva from France! Train or carpool: the choice is yours! Home to many international organizations, Geneva is a city open to the world where cultural activities abound. Its famous water jet, which is decorated with colours according to the events organized in the city, is its symbol

The Irish call Cork "the real capital of Ireland". Although it is not yet overshadowed by Dublin, Cork is nevertheless a charming city that is home to countless monuments of interest, such as St. Finbarr's Cathedral. Cork is a renowned university city and students from all over the world come to Cork to study and contribute to the city's great dynamism. To reach Cork by sea, the ferry trip from Roscoff takes 14 hours

Albania has many natural beauties to discover. Although you don't have to stay in Durrës, which is one of the country's busiest seaside resorts, the Albanian bus network will allow you to get around once you get there. To reach Durrës, take the ferry from Ancona, Italy. You will be able to reach this city of the Marche by train from Milan in particular. Of course, the journey can be long, but several stops are possible on the way!

Passing by land and sea allows you to treat yourself to a beautiful trip in the Mediterranean. Indeed, from the south of France, it is easy to reach Corsica by ferry overnight. Once you have landed on the Isle of Beauty, head to Bonifacio for another short ferry trip to Sardinia. This Italian island with a thousand faces will please all travellers, from the very chic Porto Cervo to the historic centre of Cagliari and its beautiful Costa del Sud.

It is true that the quickest and cheapest way to reach Prague is by plane. To reduce its CO2 emission, the bus can be a good solution with a reasonable price most of the time. However, the travel time is quite long: count between 16h and 17h from Paris. The train, on the other hand, is much less advantageous. Take the bus to the capital of the Czech Republic!

The capital of the Spanish Basque Country is home to both 16th-century monuments and avant-garde buildings. Bilbao's bold architecture and cultural vibrancy, including the Guggenheim Museum of Modern and Contemporary Art, make it a first choice for a stay in Spain. Located about 100 kilometres from the French border, Bilbao is reached by train from Hendaye via San Sebastian. Everything to promote your train brag (pride of taking the train)!

Porto, a stay in Portugal

Once again, the plane might give you a good look at the plane to Porto... However, it is possible to reach this charming town in northern Portugal by land. A car can be a good option if you are carpooling or travelling in a group. Otherwise, think about the bus (25 hours of journey from Paris) which is more economical and less tedious than the train

We have already explained how to get to Barcelona above. If you want to continue your stay in Spain, here is a great way to get away from Barcelona: take the ferry to the island of Mallorca in the Balearic Islands! The crossing lasts 7h30 and leads straight to this island which welcomes many visitors every year. Discover its medieval villages off the beaten track like Valldemossa, they are real gems!

Flying is not the only way to get to North Africa. From Marseille, the ferry will take you to Tunis, the effervescent capital of Tunisia. After disembarking, lose yourself in the narrow streets of the labyrinthine medina before heading towards the Bardo Museum and its beautiful mosaics. "The banks of the Lake"  ; new districts will give you to see the new face of Tunis, an astonishing city to be discovered.

From Paris, Luxembourg City is only 2h15 by train. This is an opportunity to visit the capital of the Grand Duchy, a culturally very active city where artistic life is in full swing. Its singular architecture is a real patchwork where medieval, neo-classical or Art Nouveau styles are mixed together. The atmosphere is elegant and refined in the city centre, more picturesque in the Lower Town and the Grund. To discover! 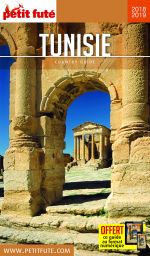 Tight budget can rhyme with beautiful sunny destinations with heavenly beaches. There are indeed many places in the ...