A small Balkan country, Montenegro has been separated from Serbia since 2006. It offers the same assets as neighbouring Croatia, but is less touristy: lively seaside resorts on the shores of the Adriatic Sea, mountains for hiking and a rich heritage. Leaving the coast, we reach a forest and mountain environment. And it is an immersion in the greenery that is particularly enjoyable when visiting the Skadar and Lovcen natural parks. The destination offers a particularly rich religious heritage. There are many churches and monasteries, including the Serbian Orthodox monastery of Ostrog, which is embedded in its cliff, a very popular place of pilgrimage. Another jewel of Montenegro, close to Croatia: the medieval fortified town of Kotor and its bay, one of the most beautiful bays in the world. This deep bay plunges into the land, surrounded by high reliefs, dotted with small islands, with villages and chapels, composing landscapes of great beauty. Another tourist spot: Budva, its medieval centre and its long beaches. A visit to Podgorica, the capital, is a must if you come by plane. More rich in heritage, the former royal capital, Cetinje is full of historical monuments, monasteries and museums. See also Perast, an adorable village listed as a World Heritage Site and further south on the coast, the port of Bar, also a seaside resort. On your plate? Dried meat, sausages and the local speciality... the kid stuffed with chicken

The must-see places in Montenegro

When to go to Montenegro?

It all depends on the part of the country you want to visit. If you plan to limit your stay to the Montenegrin coast, all times of the year are ideal. However, it should be noted that many hotels close in winter - so the choice is more limited during this time of year. Similarly, it should be noted that the majority of coastal establishments charge different prices depending on the month of the year. Prices rise during July and August. To enjoy both the beach and a little softer prices, it is therefore advisable to stay in June or September. Travellers wishing to explore the entire country and more particularly those intending to hike in the northern mountains will prefer the months of June, July, August and September. Temperatures can drop very quickly in this part of the country and it is not uncommon for cities like Kolašin or Žabljak to flirt with 0 °C from the beginning of October. In the mountainous areas of the north of the country, snow sometimes persists until the end of June and begins to fall at the beginning of October. Non-equipped hikers should therefore focus on July and August to explore the mountains of Montenegro. For winter sports enthusiasts, the season runs from December to April. In the south of the country (Adriatic coast), the climate remains pleasant in summer thanks to the influence of the sea, even if temperatures sometimes reach 38°C. Spring and autumn are the best times to visit this region. Namely: the capital and its surroundings experience stifling heat in summer, while Cetinje remains very pleasant (20 °C on average in summer)

The coastal zone offers a Mediterranean-type climate with mild and humid winters and hot and dry summers. The northern part of the country has a continental climate with cold, harsh winters and heavy snowfalls. Average temperatures range from 12°C in the mountains in June to 30°C in the plains in August for the summer, and from -5°C in February in the mountains to 14°C in December in the plains for the winter.

The country's official currency is the euro even if the country is not part of the Euro zone (no coins bearing the country's logo), hence a bank tax for withdrawals and payments with your bank card. Current transactions are carried out in cash, and credit cards are generally used in hotels and many restaurants. Montenegro remains a cheap country unless you want to think outside the box. Buses and trains are very economical.

Nationals of European Union countries do not need a visa for stays in Montenegro of less than 90 days. A national identity card valid for the duration of the stay is sufficient. Similarly, all countries bordering Montenegro are also accessible without a visa. Most hotels ask their guests to leave their passports at reception for the duration of their stay in the hotel and it is therefore recommended to take their national identity card with them for possible checks when travelling. Any foreigner staying with private individuals must declare his presence to the police station in the district of the city where he resides. If you stay at the hotel, the hotel usually takes care of this formality and the applicable taxes are included in the room price.

No vaccine is required to enter Montenegro. However, it is advisable to be up to date on hepatitis A and B, typhoid, tetanus, poliomyelitis and tick-borne encephalitis (for stays in forested areas). In addition, if the tap water is generally drinkable, it is advisable, to avoid any inconvenience, to drink mineral water or tap water previously treated. In Monténegro, general practitioners consult in hospitals (bolnica) and clinics. If you have a fever or a sprain, go to the nearest dispensary - Dom Zdravlje - where you will be assigned a doctor. As the hospital equipment and emergency services are of average quality, it is recommended to take out repatriation insurance in the event of serious problems. On the other hand, there is no need to carry a kit: there are quite a few pharmacies, in both large cities and smaller ones

How to go to Montenegro? Our advice & tips

You will find many and varied proposals among tourism professionals, most often quite affordable. All of them include a visit to the capital. Hiking holidays are particularly well designed. Regular promotions on seaside resorts in the middle season. Local travel agencies offer excursions to neighbouring countries: Croatia, Albania, Macedonia, Bosnia and Herzegovina, Serbia, Italy...

You can land in Montenegro at Tivat or Podgorica airport. You can also reach the country by boat from Italy, departures take place every day from Bari and Ancona to Bar (about 8 hours of crossing). By train from Belgrade, also an 8-hour journey. On the spot no difficulty to travel by finding accommodation: hotels, campsites, youth hostels, private homes, apartment rentals.

You have the choice of transport. You can travel from one end of the country to the other by taking rented taxis, rental cars, buses, the maritime network or the train. Regular trains exist between Subotica, Novi Sad and Belgrade. The train passes through Bijelo Polje, Kolasin, Podgorica and ends at Bar, Montenegro's main port. Night trains with sleeper cars are convenient. You must book your berth in advance.

Prepare for your trip Montenegro

First steps in the south of Montenegro 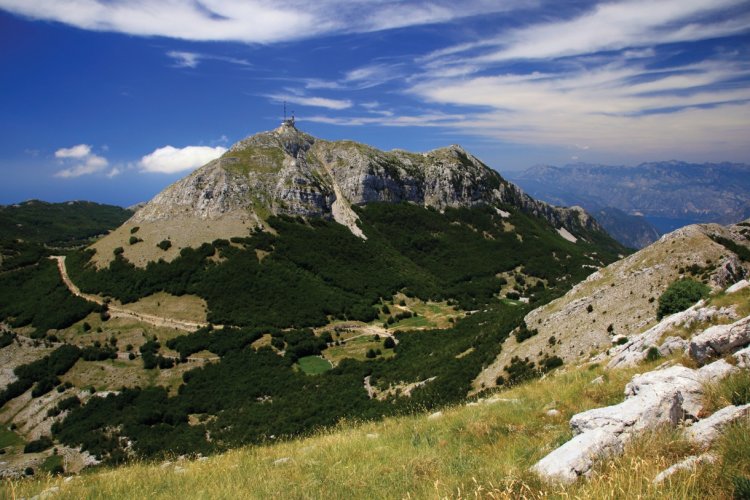 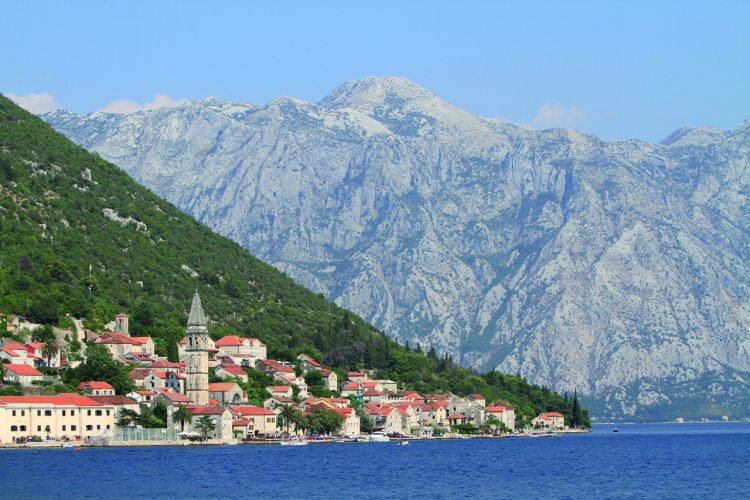 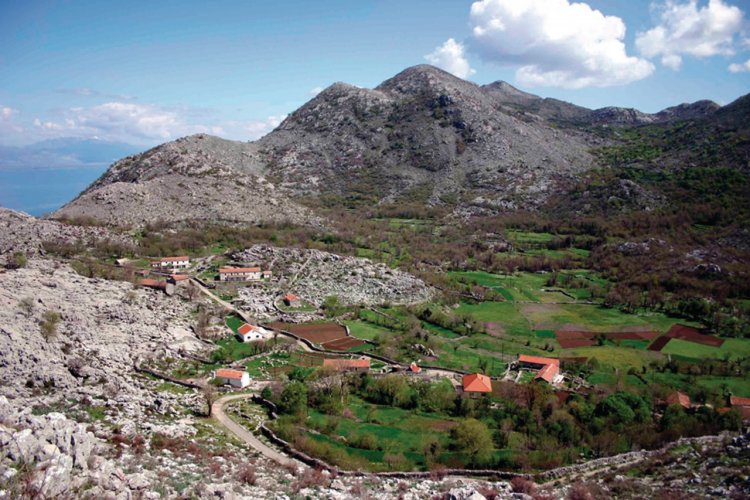 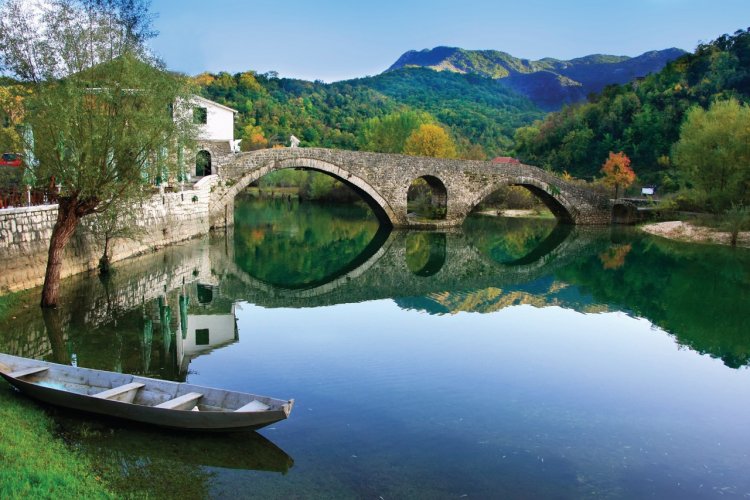 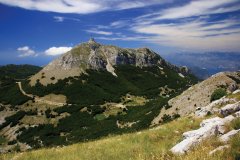 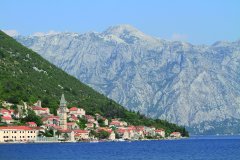 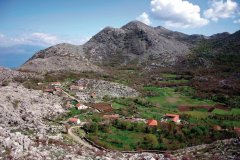 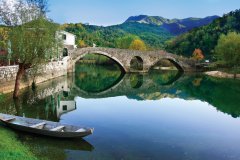 It all depends on the part of the country you want to visit. If you plan to limit your stay to the Montenegrin coast,...
Read more about it

The coastal zone offers a Mediterranean-type climate with mild and humid winters and hot and dry summers. The norther...
Read more about it

The country's official currency is the euro even if the country is not part of the Euro zone (no coins bearing the co...
Read more about it

Nationals of European Union countries do not need a visa for stays in Montenegro of less than 90 days. A national ide...
Read more about it

No vaccine is required to enter Montenegro. However, it is advisable to be up to date on hepatitis A and B, typhoid,...
Read more about it

You can land in Montenegro at Tivat or Podgorica airport. You can also reach the country by boat from Italy, departur...
Read more about it

You will find many and varied proposals among tourism professionals, most often quite affordable. All of them include...
Read more about it

You have the choice of transport. You can travel from one end of the country to the other by taking rented taxis, ren...
Read more about it

It's the dream of many of us: to sail around the world alone, in pairs or with friends, putting work and everyday life aside for a given period of time, and then setting sail to a multitude of destinations around the globe! A round-the-world trip is the perfect opportunity to see a multitude of landscapes, to travel through cities steeped in history, to hear different languages and to taste a varied gastronomy. Of course, there are some ...

Travelling doesn't have to mean going broke! There are plenty of possibilities to get away from it all, even on a small budget, including to faraway destinations: low-cost flights, off-season travel... It is also necessary to take into account the local budget: if the plane ticket is sometimes a little expensive, some cities and countries allow you to enjoy without spending too much (souvenirs, hotels, accommodation, restaurants, activities, ...