Algeria, a country less visited than Morocco and Tunisia, is a fascinating and mysterious region that attracts more and more visitors every year, well beyond the Franco-Algerian community. Just look at the incredible success of Yann Arthus Bertrand's documentary, Algeria from the sky, to realize that this is a real phenomenon. Today pacified, this country has many riches as you will discover by following the indications of the tourist guide of Algeria. It is thus endowed with many exceptional Roman archaeological sites, registered with UNESCO, such as the famous ruins of Tipasa that Albert Camus cherished so dearly, or Djemila, incredibly well preserved. Algeria also has magnificent beaches all along the coast, whether in Chenoua, Oran, Algiers or Sidi Fredj or Bejaïa. The most captivating jewel of Algeria is of course the Sahara, which from Ghardaia to Tamanrasset via the Tassili never stops making all the adventurers in the world dream. But Algeria is not resting on its laurels and is constantly working to improve its infrastructure hôtelières and roads. And as far as security is concerned, it is a very safe country, largely guarded by the military. For all these reasons, once you have discovered Algeria, you have only one desire: to rediscover it again and again and come back, despite all the prejudices about this magnificent country

What to visit Algeria?

When to go to Algeria?

To know when to go to Algeria, you have to keep in mind that the country is huge and that everything depends on the regions. In southern Algeria and the Sahara, the high tourist season extends from October to May and it is the best time to stay on the Algerian dunes. Most agencies and guides do not work during the hot season when temperatures are around 50 degrees. On the other hand, on the coast, the high season is from June to September, but because of the large number of tourists from the Algerian diaspora at that time, prices soar during the summer holidays. From October to May, it is the low season on the coast with mild weather except in winter when it sometimes rains a lot. Note: it is better to avoid the Ramadan period when the country is slow and it is very complicated to find restaurants during the day.

In the north, Algeria enjoys a warm Mediterranean climate in summer, cooler without being cold in winter (except at high altitudes where it can snow and freeze). In the south, temperatures are very high in the central part (up to 50°C at In-Salah) and bearable in Tamanrasset at an altitude of 1,500 m. In winter, temperature differences between day and night can be very large, ranging from 25 to 0°C. Average sunshine (in hours) per year: coast (2 650), high plateaus (3 000), Sahara (3 500)

Algeria is a rather cheap destination for Europeans thanks to the very advantageous exchange rate between dinar and euro. On the spot, it is more interesting to exchange in the street, at the "parallel" rate, than in banks. Plan for cash flow because we pay mainly in cash. As for comfort, the hotel standard in Algeria is a little below European standards except for 5-star hotels and accommodation remains quite expensive. Tipping is not mandatory.

Any French citizen wishing to visit Algeria must apply for a visa at the consulate of his place of residence or domicile of his employer. For a tourist visa, you will need the visa application form (available on the Algerian Consulate's website) completed in duplicate, the passport, a photocopy of the passport, two recent identity photos, a confirmed hotel reservation in Algeria or a certified accommodation certificate and, sometimes, a proof of income (pay slip for example). You need to count 85 € for a visa valid for three months and 125 € for a period longer than 3 months

In addition to updating the usual vaccines, it is recommended to be vaccinated against hepatitis A, B and typhoid fever before leaving for Algeria. Be careful with food hygiene, especially in rural areas, and do not consume tap water, which is not always safe to drink. You should choose capped water bottles to avoid infectious diseases such as turista and gastroenteritis.

How to go to Algeria? Our advice & tips

Algeria being still a little tourist destination, you will probably have to turn to tour operators and incoming agencies based in Algeria. It is recommended to use those whose reputation is well established or who are recommended in a tourist guide because many are still unprofessional. But with a good agency, it is possible to make a multitude of thematic trips, in complete safety, including in the Sahara.

Algeria is a country where you can travel alone without problems as long as the security conditions are good. However, it is advisable not to venture into the mountains alone and to avoid border areas with Tunisia and Libya where terrorist pockets remain. If in doubt, always seek advice from the local authorities or the military. To go to the Sahara, it is recommended to go through an incoming agency because a trip to the desert is not improvised.

Algeria is well served by domestic flights throughout its territory. The bus network is also well developed between major cities with rather comfortable vehicles. Algerian trains are punctual, comfortable and safe but do not allow you to go anywhere. With roads in good condition and cheap petrol, the car is preferred but it is better to hire a driver because driving can be sporty in Algeria. Taxis shared between major cities are also a good solution.

Overview of the wealth of Algiers

Algiers in all its facets

Algeria, a country with many faces 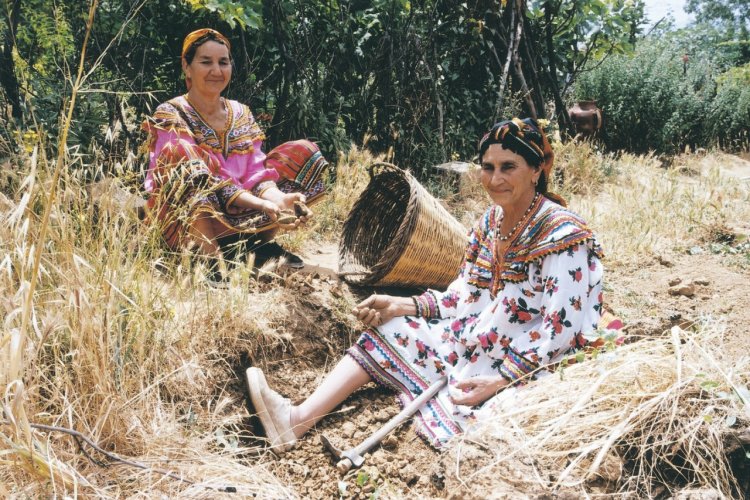 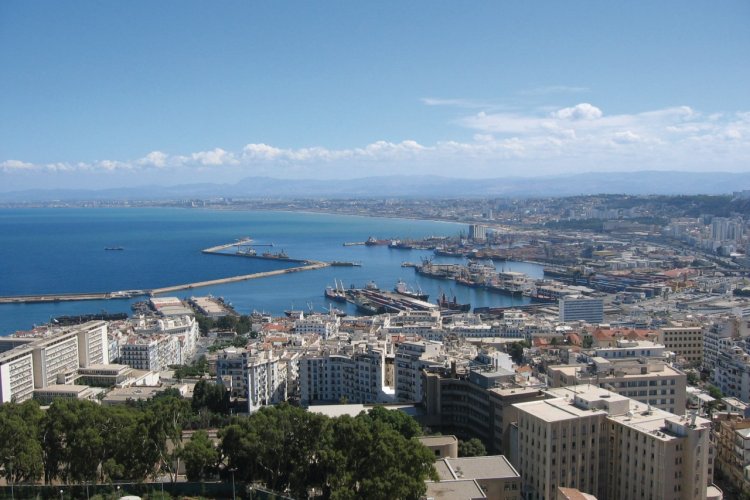 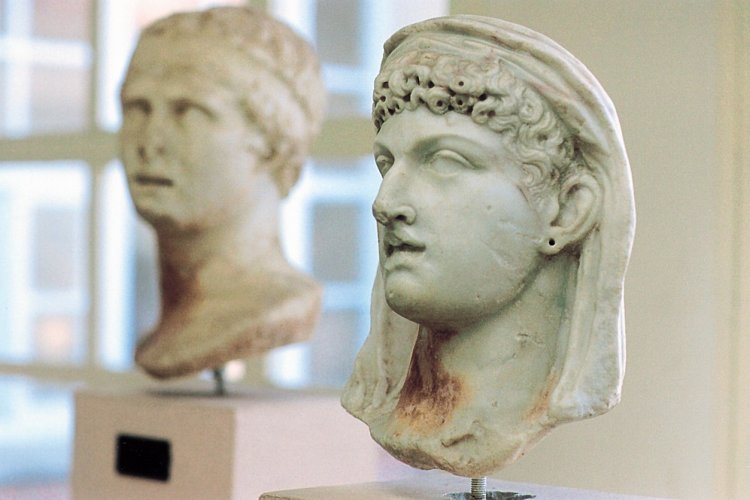 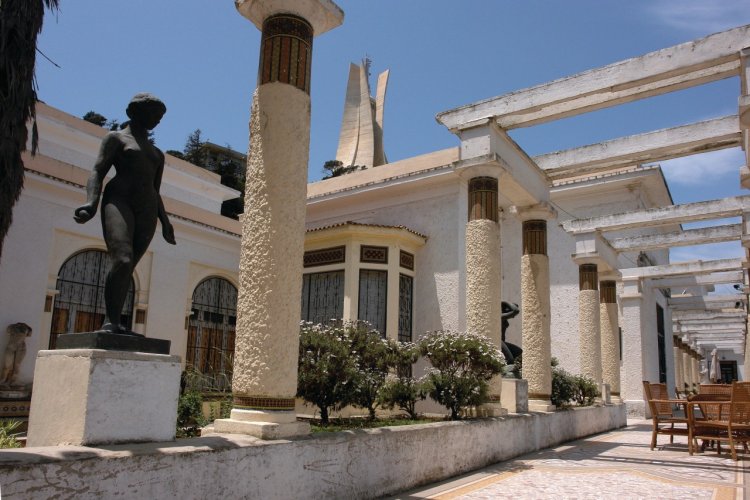 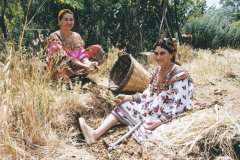 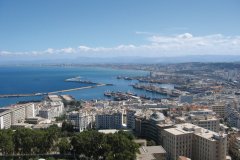 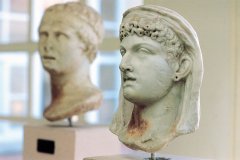 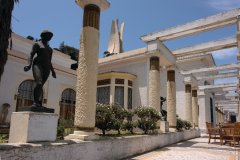 To know when to go to Algeria, you have to keep in mind that the country is huge and that everything depends on the r...
Read more about it

In the north, Algeria enjoys a warm Mediterranean climate in summer, cooler without being cold in winter (except at h...
Read more about it

Algeria is a rather cheap destination for Europeans thanks to the very advantageous exchange rate between dinar and e...
Read more about it

Any French citizen wishing to visit Algeria must apply for a visa at the consulate of his place of residence or domic...
Read more about it

In addition to updating the usual vaccines, it is recommended to be vaccinated against hepatitis A, B and typhoid fev...
Read more about it

Algeria is a country where you can travel alone without problems as long as the security conditions are good. However...
Read more about it

Algeria being still a little tourist destination, you will probably have to turn to tour operators and incoming agenc...
Read more about it

Algeria is well served by domestic flights throughout its territory. The bus network is also well developed between m...
Read more about it

We had already offered you our selection of the most unusual specialities in the world. After this extraordinary culinary experience, it is impossible to end the meal without a sweet note! Like Italian tiramisù or American cheesecake, some desserts are emblematic of their country of origin. Whether you try to cook them at home or enjoy them on your next trip, happiness is guaranteed with every bite! Here are 15 desserts from the four ...

The Algerian Sahara, a thousand and one wonders

The Sahara represents 80% of the Algerian territory and has been fascinating for thousands of years. We invite you to discover this mythical desert, the second largest in the world by its size, and its magnificent landscapes between a sea of infinite sand, breathtaking mountains and superb oases. Let's go for a wonderful escape to Algeria! The oasis circuit You can start your visit to the Sahara by visiting its northeast region where you ...