Often confused with Slovenia or thought of as part of Czechoslovakia, Slovakia was born in 1993 and has a strong desire for recognition. And, considering the many assets of this small republic on the borders of Central Europe, it deserves it well! A true concentrate of romanticism and mystery, its natural spaces are at least as exceptional as its rich historical heritage. Half of the territory is covered by dense forests such as the Poloniny forest, where impressive fauna and flora abound - of which the brown bear is a symbol - while underground there are formidable cave networks. The mountain ranges of Tatras or Malá Fatra are also Slovak treasures as well as incredible playgrounds for hikers and skiers. Slovakia is also home to fortified castles built on blocks of powerful rocks rising above the void, and the medieval character is still present in the heart of towns and villages, starting with the capital Bratislava. This is the picture that the tourist guide of Slovakia proposes to explore, that of a rich and tormented history, marked by Hungarian and then Czech domination, and 40 years of communism. The Slovaks are very patriotic, and the stories you hear in the taverns, accompanied by a glass of brandy, are fascinating. A member of the EU since 2004, Slovakia is today a destination with unsuspected charms that just need to be discovered.

What to visit Slovakia?

When to go to Slovakia?

When to go to Slovakia? The high season is in July and August throughout the country and from 15 December to 15 January in mountainous areas, the peak being of course between Christmas and New Year's Day. Most hotels and tourist sites take these tourist peaks into account, both in their schedules and in their prices. The half or low seasons run from February to mid-June and from mid-September to early December. The best time to go to Slovakia is at the beginning and end of the summer, i.e. the last fortnight of June and the first fortnight of September, when temperatures are pleasant and hotel rates are affordable. When to go to Slovakia to enjoy the joys of winter sports? From December to March, avoiding the peak of the last week of December

The climate is continental: winters are long, cold and snowy, while in summer, temperatures in Slovakia can rise very high and the weather becomes stormy. Half seasons are almost non-existent, although spring and autumn may have rainy weather in Slovakia. In the mountains, the weather changes very quickly, and the peaks of the Tatras can be covered with snow until May: it can freeze at night from mid-August on the heights.

In Slovakia, the minimum wage is half as high as in France, so if you avoid periods of high tourist numbers, the country is cheap. The treasurers will stay in youth hostels, campsites or even cheap boarding houses, the most demanding in luxury hotels, which are also inexpensive. Transportation (bus or train) costs almost nothing, and even the most elaborate restaurants are very affordable. In addition, Slovakia adopted the euro in 2009

Slovakia is a European country. European nationals do not need a visa, an identity document is sufficient. Prefer a passport if you may be planning a getaway to Ukraine's neighbours. You will be asked for identification at each of the hotels where you will be staying. For Canadians and Swiss, Slovakia does not require a visa for tourist stays of less than three months; otherwise a passport is required.

No specific vaccine is required to travel to Slovakia. Be sure to keep your vaccinations up to date, especially against tetanus. The Slovak medical system is bon : in all major cities you will find polyclinics, all small towns and remote villages have a santé  dispensary and pharmacies are located all over the country. For on-call pharmacies, a list is generally available at the tourist office and on the websites of the cities. In general, tap water is drinkable in Slovakia

How to go to Slovakia? Our advice & tips

Slovakia, like its neighbour the Czech Republic, continues to attract the curious, so that tourism specialists in Central Europe have taken up the challenge and offer very well-crafted turnkey trips. In general, there are offers for long weekends combining flights to Bratislava and accommodation, but also week-long itineraries throughout the country. To be combined with the discovery of neighbouring countries if you have enough time.

As always, the secret of a successful trip is anticipation, at least if your budget is limited. A return flight from France costs between €50 and €100 via low-cost airlines, and between €150 and €200 with traditional airlines. Accommodation options are numerous and inexpensive: hostels and inns, private rooms, modest pensions and luxury hotels. No safety problems to report in Slovakia.

Buses are the most popular mode of transport in Slovakia: they are cheap and more frequent than trains. Taxis work well in cities as well as the road network across the country. Bratislava is connected to the other two Danube capitals, Vienna and Budapest, by boat

We advise you to consult the must-see CP website (Cestovné Poriadky), the best comparative travel site in Slovakia, listing all connections in Slovakia and abroad.

Prepare for your trip Slovakia

A weekend in Slovakia

A week in Slovakia 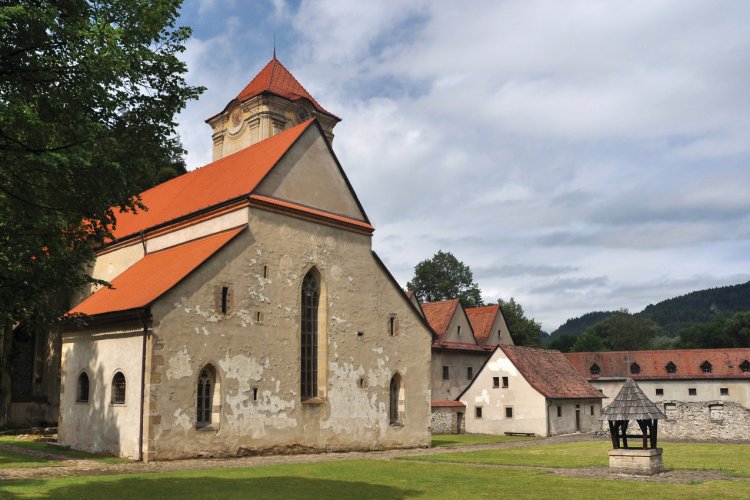 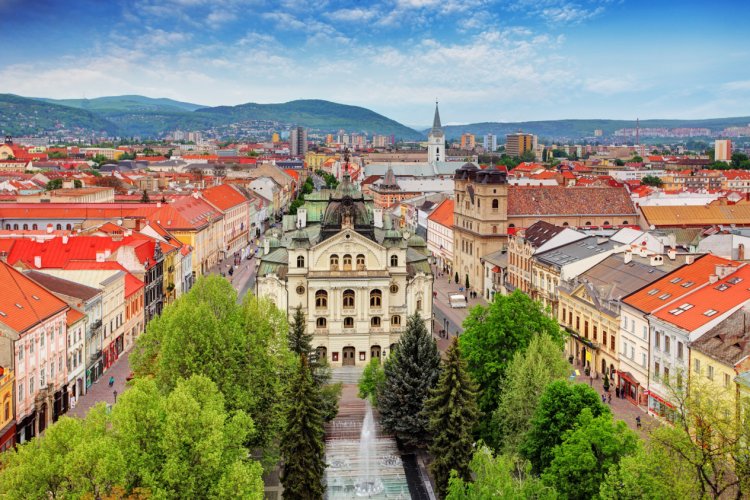 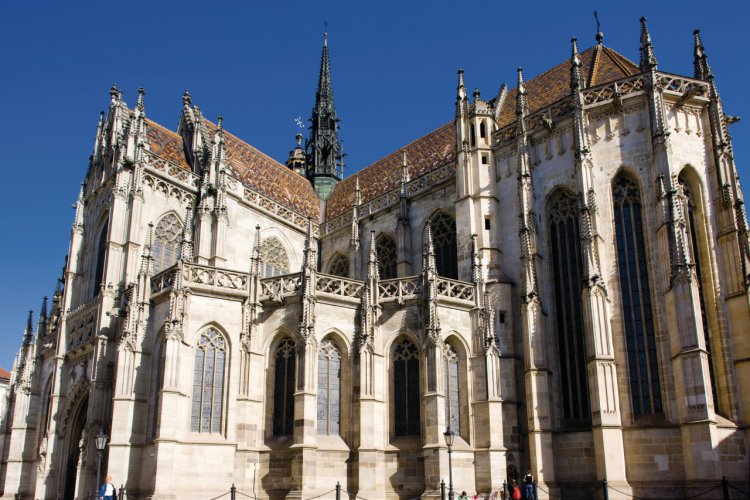 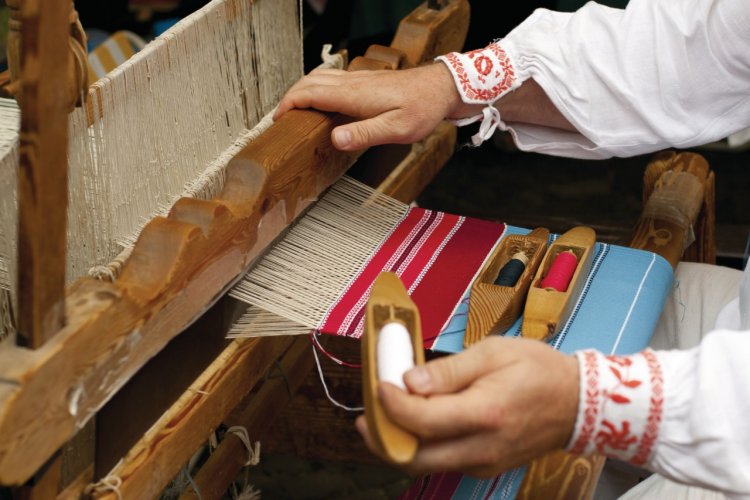 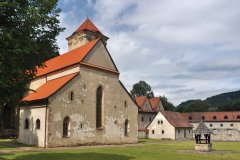 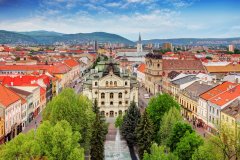 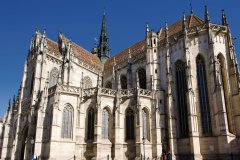 When to go to Slovakia? The high season is in July and August throughout the country and from 15 December to 15 Janua...
Read more about it

The climate is continental: winters are long, cold and snowy, while in summer, temperatures in Slovakia can rise ver...
Read more about it

In Slovakia, the minimum wage is half as high as in France, so if you avoid periods of high tourist numbers, the coun...
Read more about it

Slovakia is a European country. European nationals do not need a visa, an identity document is sufficient. Prefer a p...
Read more about it

No specific vaccine is required to travel to Slovakia. Be sure to keep your vaccinations up to date, especially agai...
Read more about it

As always, the secret of a successful trip is anticipation, at least if your budget is limited. A return flight from...
Read more about it

Slovakia, like its neighbour the Czech Republic, continues to attract the curious, so that tourism specialists in Cen...
Read more about it

Buses are the most popular mode of transport in Slovakia: they are cheap and more frequent than trains. Taxis work we...
Read more about it

Going on holiday in Europe while keeping your budget under control? It is quite possible. Of course, to go on holiday without breaking the bank, you can use flight comparisons and book your accommodation in advance, but it is also interesting to find out what the local prices are: for restaurants, leisure activities or even car hire. There is no doubt that as soon as the health situation is more favourable to travel without question, many ...

How to prepare your road trip in a van in Europe?

Among the travellers, there are those who prefer to organize everything in advance, train or plane tickets, hotel reservations or even a pre-defined tour program. Then there are those for whom holidays means improvisation, following your instincts and for these travellers, a road trip in a van is an exciting way to discover the country! Ready to conquer Europe in your home car? Here are some tips to prepare your adventure Prepare your van ...

20 dumped destinations to discover as a matter of urgency!

Are you tired of "classic" destinations? You plan holidays but want to avoid the hordes of tourists? It's time to go out of the beaten tracks to discover places that are still unknown or unknown, which yet really worth the detour! Here are the twenty strokes of the Little Futé. Do not hesitate to enrich this list!Sarajevo, Bosnian PearlStill tempered by the painful war that struck the former Yugoslavia in the 1990 s, Sarajevo was able to ...