Game of Thrones' most beautiful locations

Game of Thrones fans had been waiting for almost two years for the return of their favorite series. Since April 15, this has been done since Jon Snow and his associates took possession of the small screen for six episodes of a season 8 that promises to be rich in adventures and dream landscapes! Whether you are a Game of Thrones fan or not, we all agree that the locations of the series are breathtakingly beautiful. The directors carefully choose the settings of the emblematic sites such as Port-Réal, Astapor or Peyredragon. We have already mentioned Dubrovnik and Northern Ireland, but there are many other film locations. To follow in the footsteps of your favorite heroes, here are 10 Game of Thrones locations to see in the world

The citadel of Seville, the palace of Dorne

Winter is coming.... Not really, since in Andalusia winter is almost unknown! It is for this reason that the directors of Game of Thrones shot the scenes set in the principality of Dorne, south of the Seven Crown Kingdom. For the palace of Dorne, an exceptional place was needed, so it was the emblematic Seville alcazar that was chosen. Its palaces, patios and oriental gardens form a prime setting for Dran Martell's residence.

In southwest Morocco, Essaouira is a pleasant seaside resort known for its old fishing port and labyrinthine medina classified as a UNESCO World Heritage Site. Chosen by the directors of Game of Thrones to play Astapor, in the country of Ghis, Essaouira notably welcomed the character of Daenerys Targaryen to its ramparts when he acquired his army of slaves during the third season

The arboretum of Trsteno, the Tyrell Garden

20 km from Dubrovnik in Croatia, Trsteno has a centuries-old arboretum which, long before the directors of Game of Thrones, inspired the poet Lord Byron in the 18th century. This oasis of greenery shelters countless exotic species, notably imported from Sicily in the 15th century. Planes, olive trees, Aleppo pines or bamboo follow one another from the entrance and form the setting of the Tyrell garden of Port-Réal in Game of Thrones.

The castle of Verdala or the residence of Illyrio Mopatis

In the vicinity of Busket, Malta, Verdala Castle is the presidential summer residence. Built on the top of Buskett Gardens, it stands out as a kind of luxurious defensive fort. In Game of Thrones, it is here that Illyrio Mopatis lives and it is on the threshold of this palace that Daenerys and Khal Drogo meet. Unfortunately, you will only be able to admire the exterior of Verdala Castle, which is not open to the public

About twenty kilometres from Cordoba, in Andalusia, Almodóvar del Río Castle rises from the top of its hill. This fortress, built in 760, has a unique silhouette that made it the ideal place to shoot the scenes of the Château de Hautjardin, the seat of the Tyrell house. Today, during the visit of the castle, we discover a special Game of Thrones itinerary where we can see, among other things, photos of the shooting

How can we not mention Dubrovnik as one of the Game of Thrones shooting sites? It is here that many scenes taking place in Port-Réal, the capital of the Seven Crown, have been shot. Dubrovnik has also sometimes been used as a backdrop for Qarth. In total, the tourist office lists more than 15 Game of Thrones filming sites in the city! Looking towards the Adriatic, in the south of Croatia, Dubrovnik is a monument city surrounded by UNESCO World Heritage city walls. To discover absolutely!

Gaztelugatxe, Dragonstone in the Basque Country

Gaztelugatxe is a small island located on the coast of Vizcaya, in the Spanish Basque Country. Famous for its San Juan hermitage, this rocky islet is a superb geological curiosity that can be reached after crossing a stone bridge from the mainland and climbing 250 steps. It is here that Peyredragon is located, Game of Thrones offering to the islet, still unknown some time ago, a new notoriety.

WallIceland has been widely exploited by the Game of Thrones series: its snow-whitened natural landscapes are an ideal setting for scenes shot "beyond the Wall". Several episodes of the saga take place near Svínafellsjökull. This glacier language located in Vatnajökull National Park has also been used as a backdrop for many other major productions such as Batman Begins for example

The ksar of Ait-Ben-Haddou, Yunkai

Located on a hillside in the Ouarzazate region of southwest Morocco, the Aït-Ben-Haddou ksar is a UNESCO World Heritage Site. This fortified village nestled in the middle of the desert has been the setting for many large productions such as Gladiator in 2000. For Game of Thrones, Aït-Ben-Haddou became Yunkaï, a ghiscar city. To visit the Aït-Ben-Haddou ksar, favour off-peak hours: the crowd can sometimes be dense during the high season

The Grjótagjá cave, a romantic setting

In northeast Iceland, the Grjótagjá cave is home to a fascinating blue hot spring. Game of Thrones fans will immediately recognize the location where the love scene between Jon Snow and Ygritte was shot during season 3. We salute the flair of the production, because the setting is indeed idyllic, but be aware that you cannot swim in it because the water sometimes reaches 70°C! 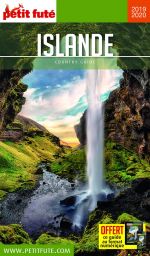 The 10 best road trips to do in Europe

For some people, travel means roaming. And the best way to marvel at a multitude of landscapes and to stop in unique ...

Are you vaccinated? Let's go to Iceland!

The Vikings called it "the land of ice", the tourist brochures added fire: here, we will allow the wind to blow. This ...

Among the most impressive natural spectacles on earth, there is undoubtedly that of waterfalls and waterfalls. Faced ...