It is in the northeast of the Baltic Sea that beautiful Estonia thrives, home to absolutely unsuspected architecture and natural spaces. Its forest massifs, caressed by the sandy coastline, are dotted with admirable cities with an exceptionally well-preserved heritage, starting with the capital of Estonia, the gentle and hospitable Tallinn. To the west, by the water's edge, it is the wooden facades of Pärnu that see holidaymakers pass through during the summer months, while Tartu, to the east, is the guardian of Estonian traditions and at the same time the country's student capital. But it would be simplistic to stick to this trio of large cities to talk about this small Baltic country. Estonia's tourist guide also explores everything that can be found outside the cities: forests cover a huge part of the country. It is because the aquatic element is found everywhere here, in the sea, in rivers and lakes, in the sky too, with frequent rainfall. The result is lush, rural landscapes in which the population has adapted, erecting picturesque wooden cottages in the clearings and charming fishing villages on the islands that the wind roars. Estonia's history is rich and ancient, something that will be appreciated in the face of its manor houses and castles, but also during the folk, cultural and religious events that mark the year. Whatever the path taken, people generally leave the country with a sense of serenity. Teretulemast Eestisse!

What to visit Estonia?

When to go to Estonia?

If you are wondering when to go to Estonia, learn here that the high tourist season extends from mid-June to the end of August. This is probably the best time to travel to Northern Europe, due to a warmer temperature than the rest of the year, but also to watch the amazing spectacle of sleepless nights: for almost a month (from mid-June to mid-July), it is never dark, at most a twilight of 3 hours before the sun comes back. However, there are more and more tourists and prices are rising (especially for accommodation, which should be booked in advance). While Easter holidays attract tourists from the region (Scandinavian and Russian), winter is also a blessed time to explore Estonia, provided you do not fear the cold too much (-5°C to -15°C on average). Tallinn, the capital, dressed in white, has a striking charm: cover yourself well and enjoy the magical atmosphere of the whitewashed bell towers and the sound of muffled footsteps in the snow. The off-peak seasons are fall (October and November) and late winter (March and early April), largely due to weather: fall is grey, even dark and wet, and late winter is wet snow and sleet. When to go to Estonia? In the middle of summer, or in the middle of winter!

Despite harsh winters (softened by the presence of the sea), the weather in Estonia is temperate but cold and humid. The further inland you enter, the more continental the climate becomes, with temperatures ñ sometimes four degrees below coastal temperatures in the middle of winter ñ and at least two degrees above those in summer. Estonia's temperature, due to its northern location, reaches -15°C in winter, and summer days are particularly long

Since the changeover to the euro, prices have risen considerably in Estonia, where life is not so cheap for the traveller. Some prices (luxury products, hotels...) are equivalent to those charged in capitals such as Paris or London. However, basic necessities and food remain cheap: about 20% cheaper than in France. Estonia is the richest of the 3 Baltic countries (before Latvia and Lithuania), but also the most expensive!

Estonia is a member of the EU and the Schengen area. As a European citizen, movement is free without time constraints and the only document required is an identity document: passport or national identity card. No visa is required to travel to Estonia for the duration of a stay.

It is better to avoid drinking tap water, as the pipes are old, perhaps rusty... In Estonia, tap water is boiled before drinking. No vaccination is required to enter Estonia, just check that you are up to date.

Mosquitoes. Get equipped with bombs, spirals and lotions before going sightseeing in the natural parks in summer. Babies (ticks in particular) can be disturbing, especially if their arms or legs are exposed. This is a common phenomenon in northern regions, such as Canada or Nordic countries such as Estonia

How to go to Estonia? Our advice & tips

Estonia is a well-known destination for French-speaking travel agencies, and many of them offer turnkey trips, whether it is the Tallinn-Pärnu-Tartu trio or guided tours to discover the country's forests and islands. Packages including flight, accommodation and activities can be a cost-effective solution, greatly simplifying the preparation of a trip to Estonia.

It's easy to get to Estonia on your own. The price of an air ticket varies between €200 and €350 for a round trip. To get attractive prices, you have to do it in advance. It is advisable to book accommodation in advance in the cities you plan to visit.

Whether to travel from one city to another or to the other two Baltic capitals (Riga and Vilnius), the most convenient way is by bus. Comfortable and inexpensive, it is the preferred means of transport for Estonians. The networks work very well and are remarkable for their punctuality. Large cities, within which it will also be possible to travel by taxi, are also connected by minibuses. For more range, renting a car can be easier

Prepare for your trip Estonia 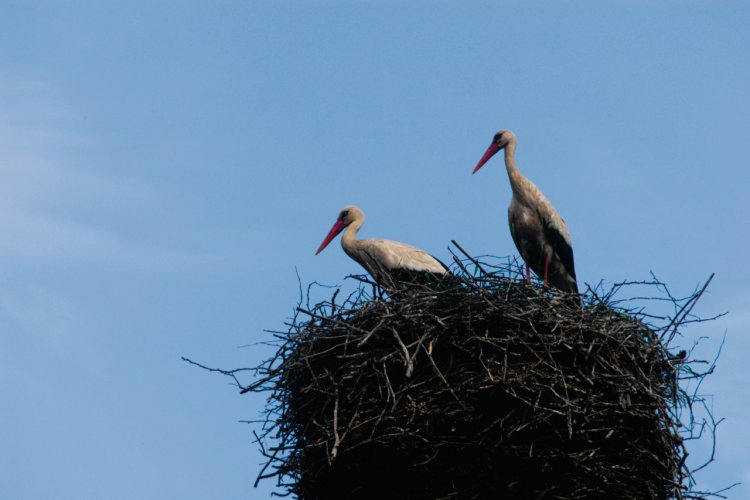 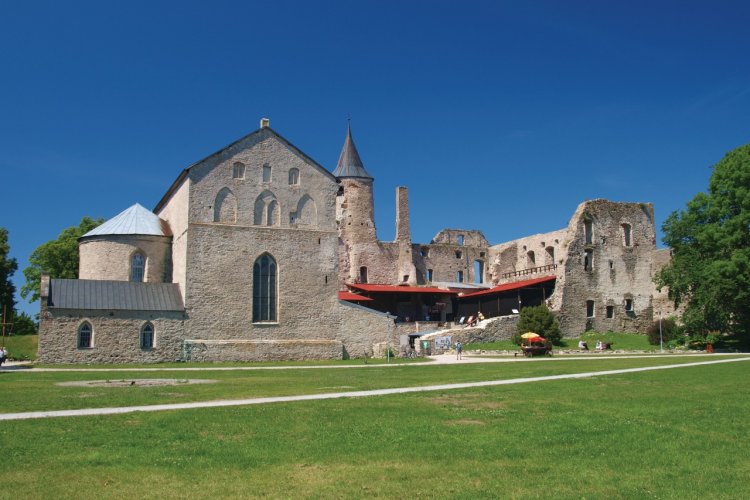 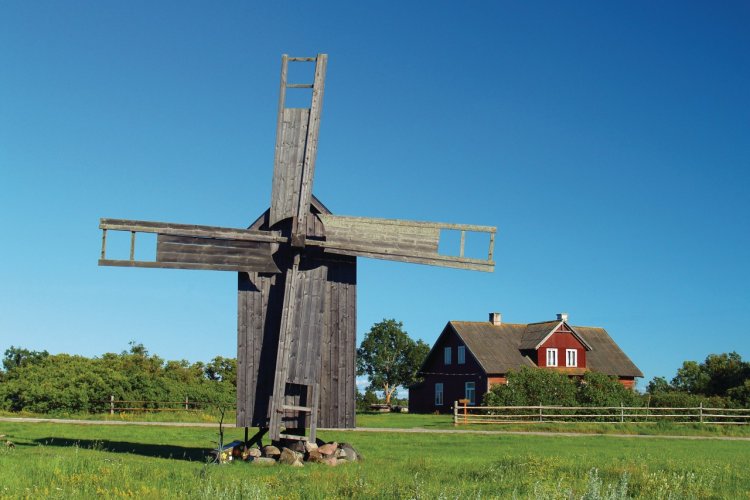 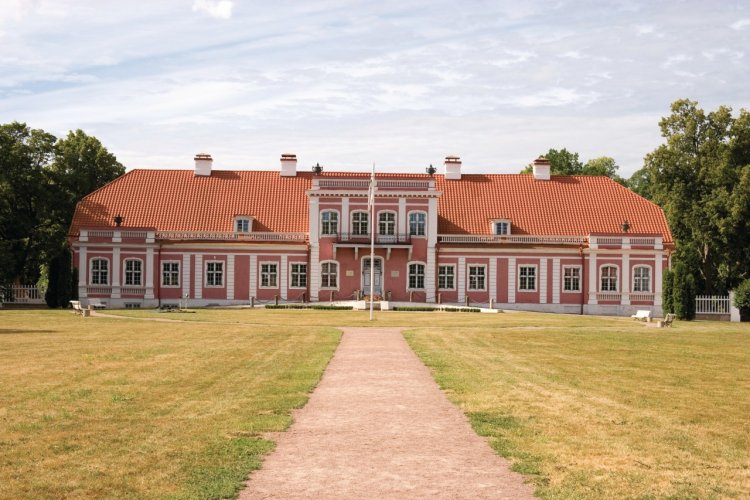 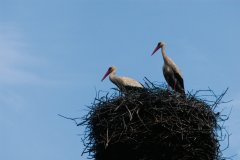 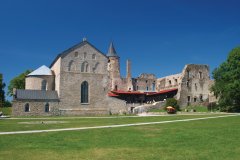 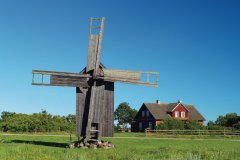 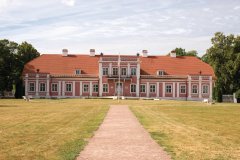 If you are wondering when to go to Estonia, learn here that the high tourist season extends from mid-June to the end...
Read more about it

Despite harsh winters (softened by the presence of the sea), the weather in Estonia is temperate but cold and humid....
Read more about it

Since the changeover to the euro, prices have risen considerably in Estonia, where life is not so cheap for the trave...
Read more about it

Estonia is a member of the EU and the Schengen area. As a European citizen, movement is free without time constraints...
Read more about it

It is better to avoid drinking tap water, as the pipes are old, perhaps rusty... In Estonia, tap water is boiled befo...
Read more about it

It's easy to get to Estonia on your own. The price of an air ticket varies between €200 and €350 for a round trip...
Read more about it

Estonia is a well-known destination for French-speaking travel agencies, and many of them offer turnkey trips, whethe...
Read more about it

Whether to travel from one city to another or to the other two Baltic capitals (Riga and Vilnius), the most convenien...
Read more about it

The health crisis has demanded the implementation of massive telework for all companies whose activities allow it. For some workers, this practice has long been part of daily life. These are the famous "digital nomads", those who only need a good computer and a solid internet connection to do their job. To reconcile work and travel, there is sometimes only one visa to obtain to fly to the end of the world, and in Europe, the steps are even ...

Every year it's the same story, we dream of a Christmas under the snow and on D-Day, not a shade of a snowflake! This winter, pack your bags in search of the cold: the 10 destinations we have selected are among the snowiest in the world. From Russia to Estonia to China, these cities wear their most beautiful white coats in winter and offer a magical setting, the opportunity to take sumptuous photos and memorable snowball battles. Hats, ...

10 exotic destinations accessible without a passport

You want to escape but have just realized that your passport has expired? You didn't receive the precious sesame on time and want to leave as soon as possible? Don't panic: the French identity card provides access to many splendid sites! First of all, of course, there are the 28 Member States of the European Union. But be aware that your journey may extend to overseas France, some Eastern European countries or Iceland and Norway! The 10 ...