In northern Germany, Denmark is generally associated with Scandinavia. Good and bad idea. Because Denmark, between the Baltic Sea and the North Sea, has a particular identity that makes it the Latin country of Scandinavia. Its geography, first of all, is quite particular. While most of the country is continental, its capital Copenhagen is located on a large island facing Sweden. Despite this fragmentation of the territory, Danish unity is often honoured, despite a great natural and cultural diversity.

Between Viking sagas and royal dynasties, the Danish identity is very specific. While admiring the Little Mermaid in the middle of its port, Copenhagen unveils its royal palaces and parks, its museums, its towers whose architecture stands out in a warm capital. The moors of northern Jutland offer an unusual landscape of dunes clinging to cliffs or covered with sand. Then the majestic spectacle of lakes, beech forests, charming islands or vast beaches of fine sand that border the west coast. But if Copenhagen is a splendid capital, do not miss the other cities of the country which also have hidden treasures: Odense, Aarhus or Aalborg in the lead. Finally, you will certainly be seduced by Danish design, renowned throughout the world. Travelling to Denmark means letting yourself be carried away by a beneficial nature and a most welcoming people... So live and let live!

The must-see places in Denmark

When to go to Denmark?

When to go to Denmark? From an economic point of view, the winter months are the most interesting time to stay in Denmark and Copenhagen, with hotels offering sometimes significant discounts. But the budget is not everything, and it is important to know that it can be cold (and especially humid) and that the night falls very quickly. At the beginning of October, the country goes into "standby" mode until Christmas arrives (and the opening of the Tivoli gardens in mid-November). The most pleasant season is summer, even if there are (too) many tourists. At that time, the days are long and the light is superb. Overall, the best time to visit Denmark and enjoy its various assets, cities and nature is between May and September.

Rather mild in general and generally humid, the Danish climate is oceanic in nature, with no great cold (or rarely; the record temperature of -33°C in 1942 does not seem to be about to be beaten), nor great heat, even if sometimes in summer the mercury approaches 30°C. In short, to visit Denmark, a small wool in all seasons and an umbrella will be essential in your suitcase.

As the Danes rejected the euro, the Danish currency is the Danish krone. Denmark is an expensive destination. The cost of living is about 20% higher than in France, with a few exceptions. Even in an inn, you will have to pay at least 25 € for one night, and an addition to the restaurant is on average higher than in France (count on average 250 DKK for a starter, main course, dessert menu, or 33,50 €).

Denmark is located in the Schengen area (European Union). To get there, all you need is your identity card or a valid passport. To drive a car, bring your driver's licence, the green card of international insurance and the vehicle's papers to prepare for any eventuality. For non-EU nationals, you must apply for a visa at the Danish consulate.

Denmark is a safe and healthy destination, and there are no problems with hygiene or non-potable water. No vaccination is required. In the event of an accident or sudden illness, care is free of charge in Danish hospitals for visiting foreigners. If you need to see a doctor or buy medicines, you can be reimbursed, provided you have brought the European Health Insurance Card with you. Finally, please note that doctors on duty only accept cash payments.

How to go to Denmark? Our advice & tips

Discovering Denmark by organised trip is easy, and the possibilities are numerous: in groups (bus, train), individual self-tour, cultural tours, sea trout fishing trips, cruises in the Baltic or the North Sea in combination with other countries... Short stays are also possible to discover Copenhagen.

Denmark is a safe destination and a stay in the country or in its capital is easy to organize individually. No particular safety or health problems. Fluency in English is sufficient to cope with daily life and sightseeing, and it is relatively easy to get around. We quickly adapt to local customs and the kindness of the inhabitants makes the stay easier.

Plane, boat, train, bus, car... all means of transport are good in Denmark, according to your desires, your budget and your type of trip. The country is perfectly networked and each region is well served. Avoid driving in the city, especially in Copenhagen. The Danish capital, of human size, can be visited on foot or by bicycle. It is even said to be the capital of cycling!

Prepare for your trip Denmark 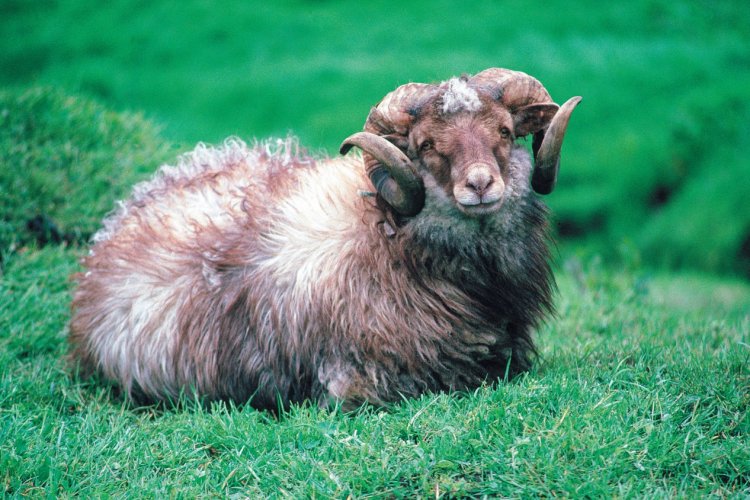 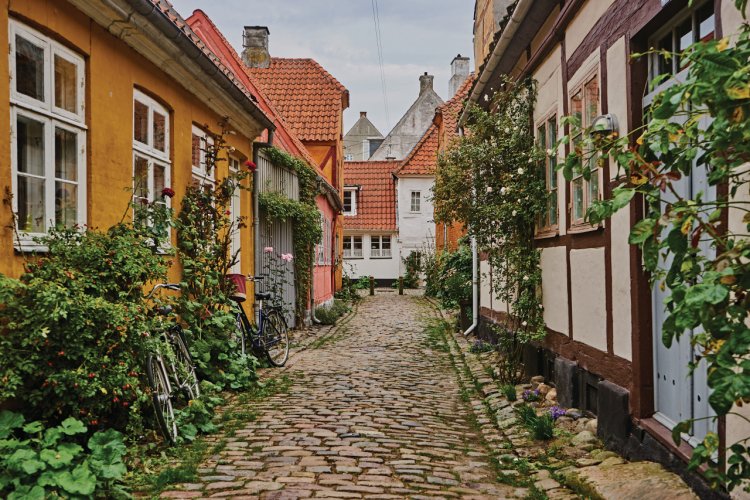 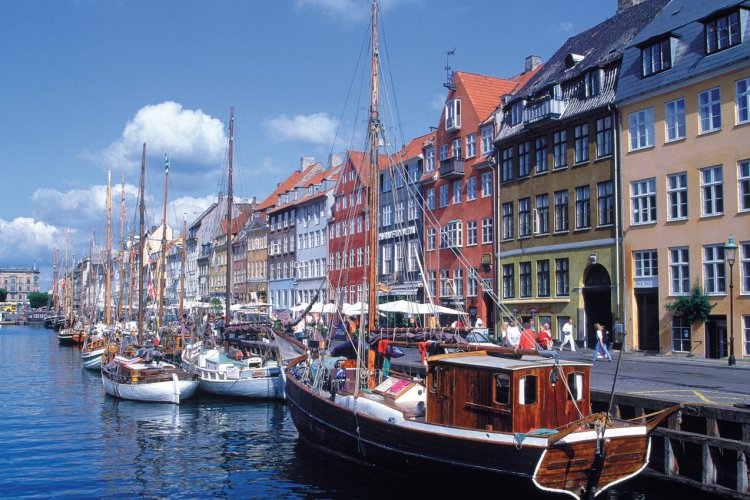 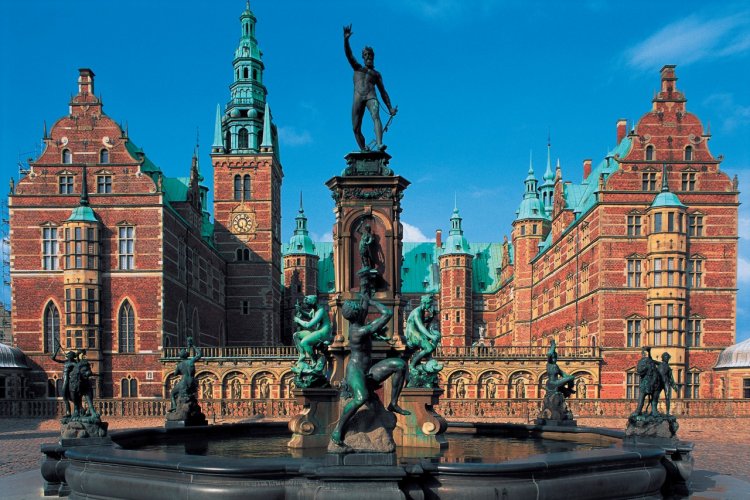 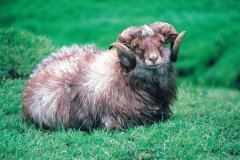 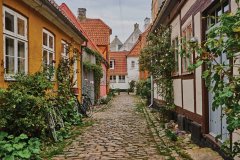 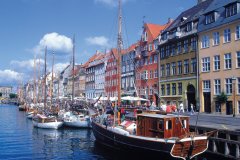 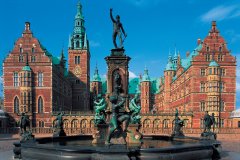 When to go to Denmark? From an economic point of view, the winter months are the most interesting time to stay in Den...
Read more about it

Rather mild in general and generally humid, the Danish climate is oceanic in nature, with no great cold (or rarely; t...
Read more about it

As the Danes rejected the euro, the Danish currency is the Danish krone. Denmark is an expensive destination. The cos...
Read more about it

Denmark is located in the Schengen area (European Union). To get there, all you need is your identity card or a valid...
Read more about it

Denmark is a safe and healthy destination, and there are no problems with hygiene or non-potable water. No vaccinatio...
Read more about it

Denmark is a safe destination and a stay in the country or in its capital is easy to organize individually. No partic...
Read more about it

Discovering Denmark by organised trip is easy, and the possibilities are numerous: in groups (bus, train), individual...
Read more about it

Plane, boat, train, bus, car... all means of transport are good in Denmark, according to your desires, your budget an...
Read more about it

For some, retirement is still a long way off, and for others, it is imminent! In any case, what if stopping work was synonymous with a change of life and country? Rankings of the best countries to retire are regularly published, taking into account elements such as the health system, quality of life, tax pressure and material well-being. In Europe, but also in the rest of the world, there is a multitude of countries that seem to be ...

With the confinement, the world of tourism reinvents. You can't go to it, its actors organize themselves so that you can still see them. Stéphan Szeremeta and Frédéric Bastien offer some good tips in the BelRTL morning show... Thoiry Zoo has set up lives on his instagram account on Tuesdays and Thursdays at 2pm. You will impress your children by making them attend the snack of pandas, tigers or elephant Ben in your living room! In ...

The most beautiful villages in Europe

The richness of European culture and landscape is unique. From north to south, climates and architecture evolve, promising a change of scenery in just a few hours by plane. It is, indeed, rather simple to envisage a tour of Europe thanks to the reasonable size of its territory and the different means of transport that serve the major cities. Many of you have no doubt already visited several European capitals: Rome, Paris, London or Berlin ...