For a trip to Panama to be complete, it is imperative to visit its famous canal. It is one of the country's greatest treasures for the inhabitants and they are particularly proud of it. One should not believe that the observation of the liners is the only activity proposed by this extraordinary place. One should also enjoy the beauty of the surrounding nature by going to explore some of the most beautiful national parks. Without forgetting the museums, the architectural heritage and an escapade in the capital, Panama City, a resplendent city that is also home to many curiosities. Here are the must-see attractions of the Panama Canal, one of the most amazing engineering projects in the world. 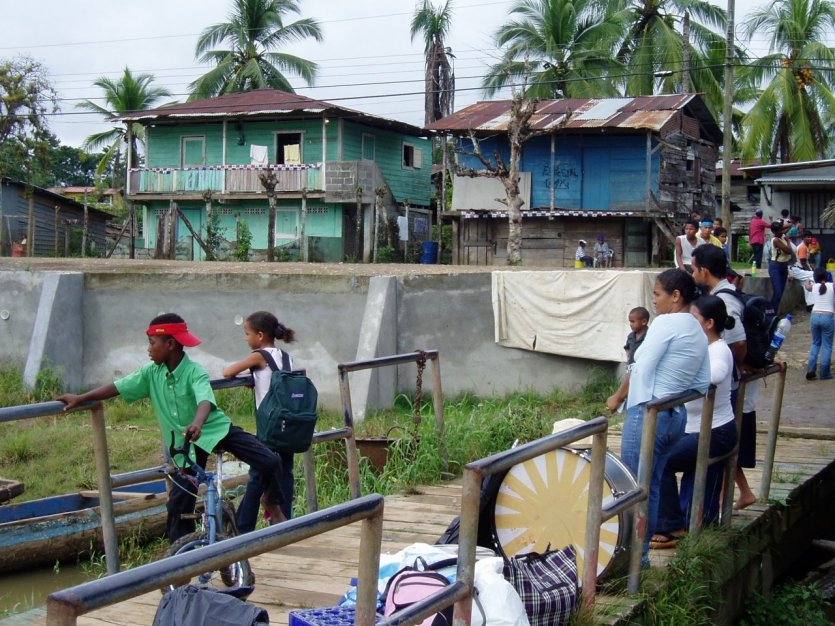 Getting to the Miraflores locks

A visit to the Panama Canal cannot be made without going to the Miraflores locks, which are located at the entrance of the canal on the Pacific side. Boats pass through all day long and at certain times, in the mid-morning or in the afternoon around 3pm, the size of some of the liners is impressive. As you listen, you can also hear comments coming out of the loudspeakers. This is information about the ships that are passing by and is intended for visitors. The museum is another not-to-be-missed step, one can learn more about the history of this large-scale project, the first attempt at construction of which took place in 1880. And for those who wish to discover the marine species that live around the canal, head for the aquarium 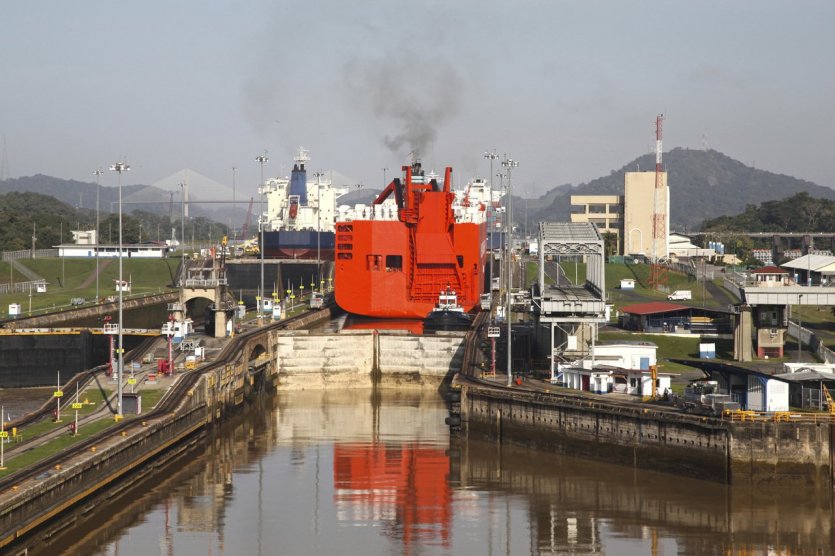 Travelling on the Panama Express Train

An unmissable experience awaits visitors to the Panama Canal, that of settling on board the train that connects Panama City to the city of Colón on the Atlantic side. This railway line was built in the 19th century and was the only way to transport goods across the Isthmus of Panama. Since 1998, the line has been operated by the Panama Canal Railway and a special carriage is dedicated to passengers, who have the pleasure of boarding a panoramic wagon. During the journey, which extends over approximately 80 km, one can observe the canal, lakes and forests and by looking carefully on both sides, one can even see some of the local fauna 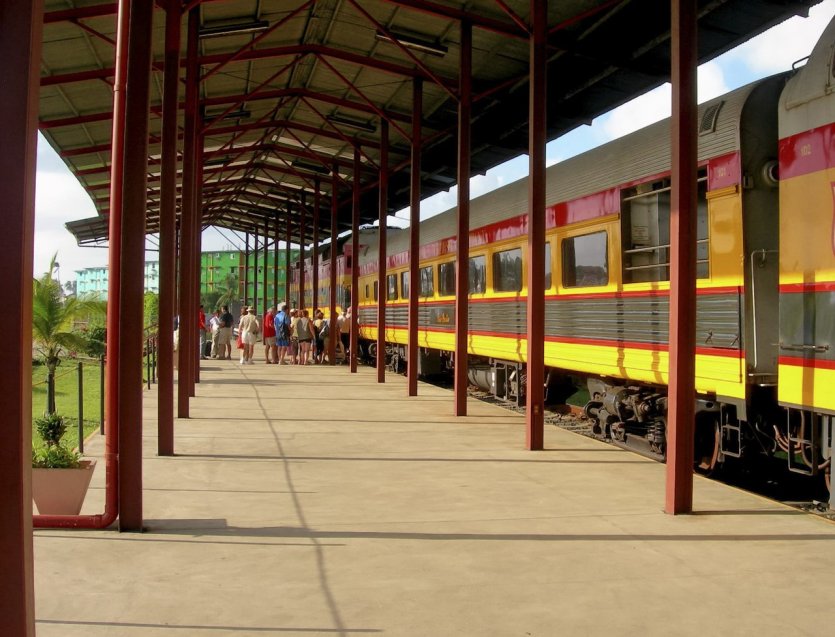 A boat trip on Gatùn Lake

Gatún Lake is the second largest artificial lake in the world with its 425 km2. You should not fail to explore it on board the boats designed to transport passengers or by kayak and pedal boat. After navigating on the water, you should go and explore the surrounding lush rainforest. It is home to many species such as monkeys, sloths, toucans and iguanas. On the shores of the lake it is common to see turtles and crocodiles. Visitors and locals alike enjoy the lake in a variety of ways, fishing, swimming or simply walking for hours around the lake to see the animals. 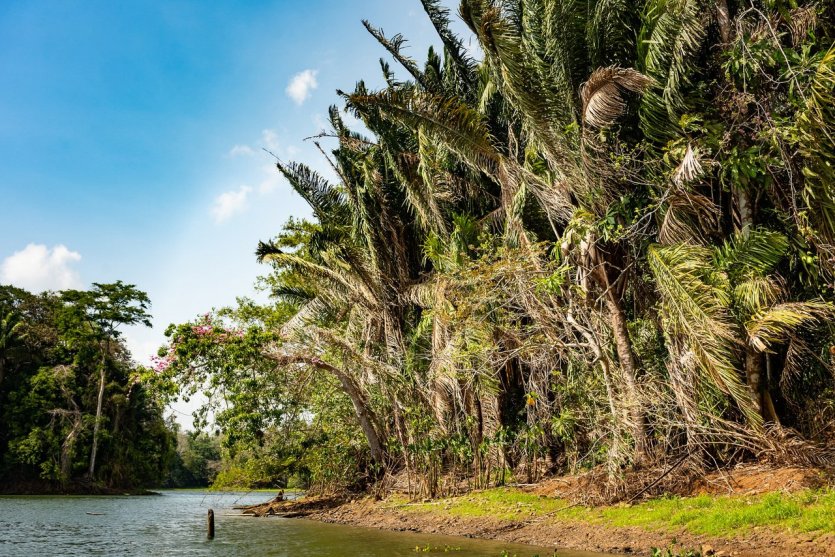 Fort San Lorenzo is an example of 17th and 18th century military architecture in the country. Since 1980, this beautiful place has been classified as a UNESCO World Heritage Site. It is interesting to walk among its splendid ruins for its history and its exceptional location. The site overlooks the mouth of the Rio Chagres. It is also worth taking the time to admire how nature has regained its rights over the architecture over time. Moreover, the San Lorenzo fort is the starting point for beautiful hikes in the surrounding rainforest, where you can observe the local fauna, monkeys and other birds

A visit to the Museo del Canal Interoceánico de Panamá

People planning a trip to the Panama Canal are often keen to understand its history. A stroll through the capital city of Panama City, a visit to the Museo del Canal Interoceánico de Panama will give you a better understanding of the origins of the project, the stages of its construction and its usefulness for the country. The original name of this building built in 1875 was the Grand Hotel. After taking the time to contemplate its pleasant exterior architecture, a walk inside takes visitors to ten exhibition halls, entirely dedicated to the study, preservation and historical testimonies of the canal 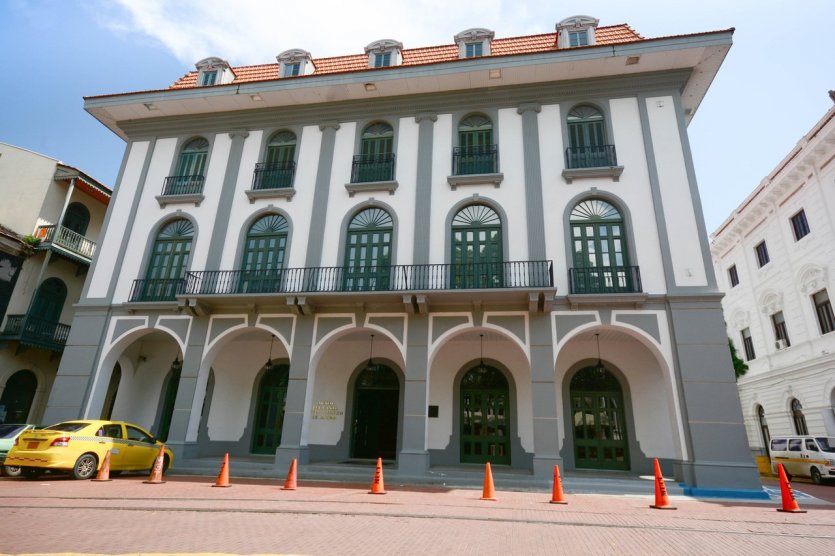 A getaway in the Soberanía National Park

Created in 1980, the Parque Nacional Soberanía is located only 25 kilometres from the capital of Panama. It has large tropical rainforests and one of the main activities is plant observation, as more than 1,300 species have developed here over time. Wildlife lovers are not to be outdone either, as more than 700 species of vertebrates and a large number of birds have also made their home here, including the harpy eagle, which is now endangered. In fact, when you go to the Summit Botanical Garden near the park, a museum offers an opportunity to take a closer look at the bird that is considered the national bird for Panamanians. Another beautiful walk takes walkers on the El Charco interpretive trail, which leads to a lagoon with translucent waters 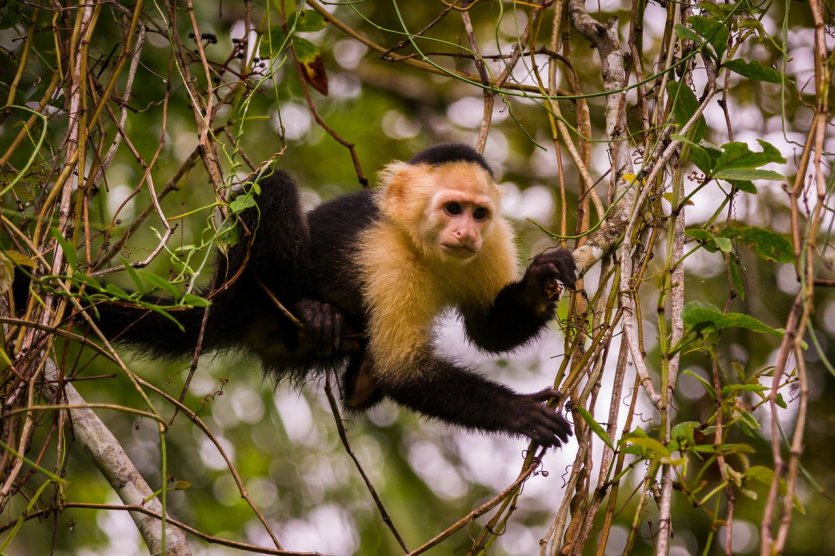 A tour of Barro Colorado Island

The island of Barro Colorado is an artificial island that takes place in Lake Gatún. It was created when the river Chagres was dammed to form the lake. It was then that with the rise of the waters, the highest hills formed islands that we find today here and there on the large body of water. In the past, the entomologist James Zetek settled here to study the mosquito, which was the main enemy during the construction of the canal. Today, the island is a nature reserve from which scientists study tropical flora and fauna. It is a place not to be missed by anyone interested in plant diversity and animal behaviour. 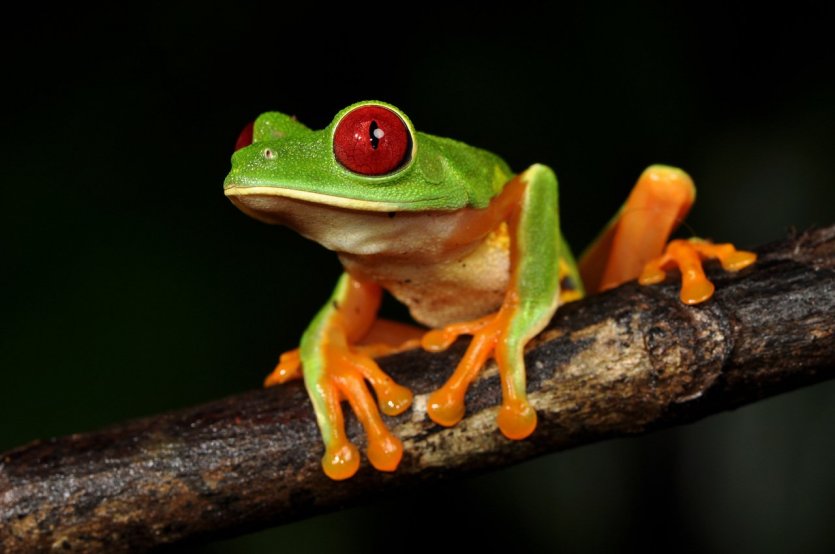 A stroll in the capital Panama City

Before setting off to explore the canal and its riches, you should take the time to discover the country's capital: Panama City. If one sees there high skyscrapers which give it in certain places the appearance of an American city, it did not forget to restore beautiful vestiges of its past, and more particularly of the period of the Spanish colonization. To do so, you should not miss the historic district, Casco Viejo, to see the beautiful facades of the houses, pretty squares like the Plaza de Francia and charming churches like the one of San Jose and its golden altar. Later, visit Panama Viejo, the ancient site of Panama City, which was founded in 1519 by the Spaniards. The few ruins that remain are superb and a museum recounts the history of the city. 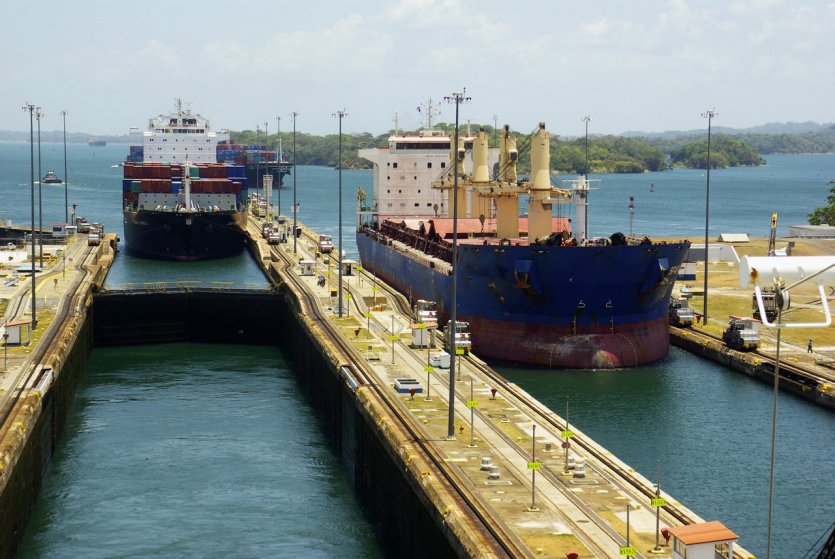 Escapade in the Chagres National Park

The creation of the Chagres National Park dates back to 1985. This place is necessary for the canal since the humid forests that take place there generate more than 40% of the water that allows its proper functioning. The park is home to a very rich biodiversity. During hikes, one goes to the edges of lakes, rivers and waterfalls. It is also an exceptional zoological reserve. The river Chagres, which can be crossed by boat, is home to many species of fish, crocodiles and caimans. On land, you can see tapirs, jaguars, white-tailed deer and monkeys at any time. And then, one must also reach the shores of Lake Alajuela to get to know the indigenous Emberá community, always delighted to communicate about their way of life. 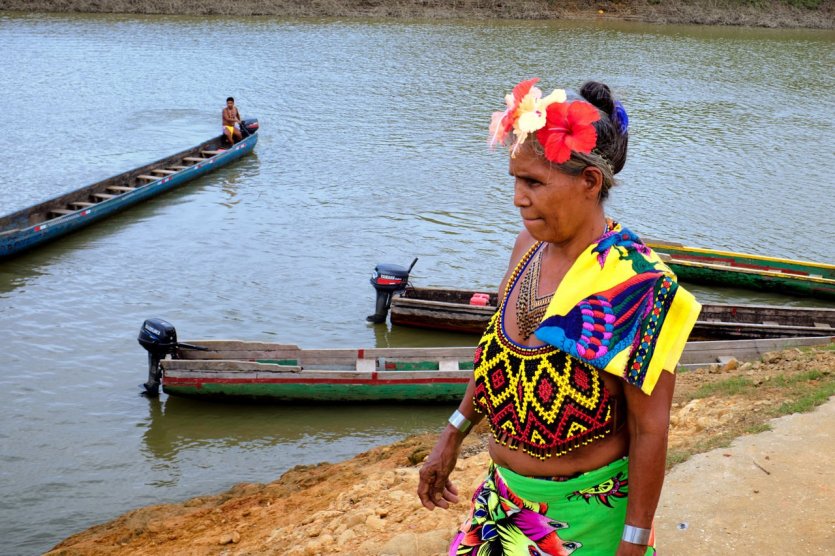 Another national park, another splendour, the Parque Nacional Camino de Cruces was created in 1992. It is also composed of large tropical rainforests that are home to an incredible fauna and flora. You can also walk along the rivers that flow into the Panama Canal, keeping your eyes wide open to see species such as howler monkeys, tamarind and capuchin monkeys. It is a place of great historical importance since it is here that the Camino de Cruces, the ancient road used by the Spanish settlers to cross the Isthmus of Panama through the forest, passed. It is also possible to walk along a section that has been restored with the characteristic pavement of the time 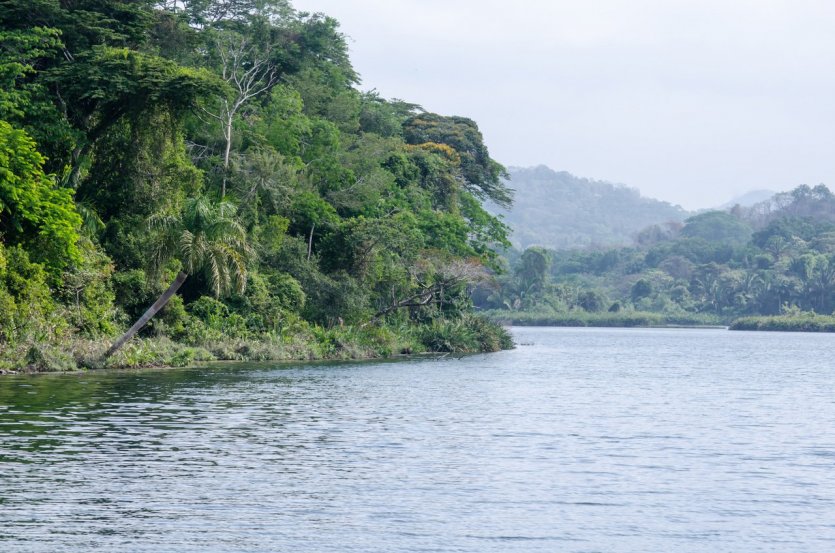 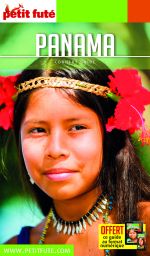 Central America: 7 countries and at least as many good reasons to ...

When we think of Central America, we think above all of the breathtaking landscapes of Costa Rica. However, this ...

At a time when our last trip is beginning to date and the next one is unfortunately no longer on the agenda, a few great ...
Read the article

For all those who wish to discover a more secret Thailand, far from the frenzy of Bangkok and the dream beaches of ...
Read the article