Ecuador, the smallest country in Latin America behind Uruguay, is a major tourist destination thanks to the richness of its landscapes, natural wonders often perched at an altitude of a few thousand metres and deserted by man. Terrestrial paradises raised in the middle of the Pacific Ocean also, with the volcanic archipelago of Galapagos, a rich natural ecosystem listed as a UNESCO World Heritage Site that extends 1,000 km offshore. As large as half of France, nestled between Colombia and Peru, Ecuador is developing on either side of the Andes Cordillera to join the Pacific coast and the Amazon rainforest at both ends. A playground and adventure area to explore with his tourist guide of Ecuador, composed of jungles, huge plateaus, fine sandy beaches, high altitude lakes and a wide range of volcanoes (about forty in total!), active or snow-covered. To go to Ecuador is to enjoy superb treks and breathtaking views, to surf like in Montanita or to meet cocoa producers in the footsteps of the oldest chocolate ever discovered. Ecuador also attracts with its delicious mix of indigenous and colonial cultures that brings together very diverse local populations but always rich in colour and tradition. With as architectural masterpieces, the historic hearts of the capital Quito and Cuenca, wonderfully preserved on the Andean plateau at an altitude of more than 2,500 metres.

What to visit Ecuador?

When to go to Ecuador?

There is not really a better time to go to Ecuador. The weather on the south coast will be fine from June to December (dry season) and rainier and warmer in the second part of the year, while in the Sierra, the climate is essentially the same all year round (spring) and varies with altitude, although there is still a rainy season from October to May with showers in the afternoon. In the jungle, the rainy season (even if the ambient humidity is continuous) extends from January to May, with heavy daily rainfall, often at the end of the day. Whatever the season, you will have to bring warm clothes, a swimsuit and a raincoat anyway...

The high tourist season extends from June to September, then from November to the end of March. The coastal beaches and Galapagos are popular with Ecuadorian holidaymakers in December, February and March. The other tourist peaks correspond to the many popular and/or religious festivals that take place throughout the year (Holy Week in April, Inti Raymi in June, Mama Negra in October or November, etc.).

The weather in Ecuador is regulated by the rainy and dry seasons. On the Andes Mountain Range, the rainy season runs from October to early May and coincides with very cool temperatures. On the Pacific coast, it starts later in December and temperatures are warmer than during the dry season, from June to November. In the Amazon rainforest, the rainy season extends from January to May, with heavy daily rainfall, often at the end of the day.

The national currency is the US dollar, which replaced the local currency known as sugar in 2000 due to instability.
Since dollarization, the cost of living has risen considerably in Ecuador, and neighbouring countries are experiencing the same phenomenon. Nevertheless, the cost of living remains very affordable, being two to three times cheaper than in France.
For tips, in luxury hotels and restaurants, a 10% tax is automatically charged on the indicated prices.

For stays of less than three months, it is not necessary to apply for a tourist visa for Ecuador. Beyond that, it is possible to extend it on site with the immigration services or to obtain it in Paris at the Embassy of Ecuador. However, be aware that a large part of flights to Quito transit through the United States and it will therefore be necessary to request an ESTA travel authorization in advance and to pay US$14 to the American authorities.

In terms of health, the situations are very different between the coastal zone, large cities, central mountainous regions and the Amazonian forest. A trekking in high mountains requires special preparation. Vaccination against yellow fever is mandatory when coming from a country in the Americas (or Africa) where the disease is present (Peru, Brazil, Bolivia...). It is also essential (although not always mandatory) for all travellers to the Amazon regions. It must be done at least 10 days before departure. Vaccines against tetanus, diphtheria and hepatitis A (unless immunized) are recommended. The most cautious and adventurous will have to add hepatitis B, rabies and typhoid fever. Plan your vaccinations several weeks before departure.
Tap water is rarely drinkable in Ecuador.

How to go to Ecuador? Our advice & tips

Tour operators specialising in stays in Ecuador produce their own trips and are generally very good advisors because they know the region inside out. It should be noted that their rates are often slightly higher than those of generalist travel agencies.

The price variation depends on the company used, and especially on the booking time. For the best fares in high season, buy your tickets between four and six months in advance. For shorter periods, a much shorter time frame should not prevent you from getting a good price.

Domestic flights are frequent and serve major cities and the Amazon. They are rather cheap except to go to the Galapagos. The bus network serves the smallest village and is the most economical and popular means of transport, even if it is extremely time-consuming. The train has been reactivated in recent years, mainly for tourism purposes in the Andes Cordillera, on the Pacific coast and between Quito and Guayaquil.

Prepare for your trip Ecuador 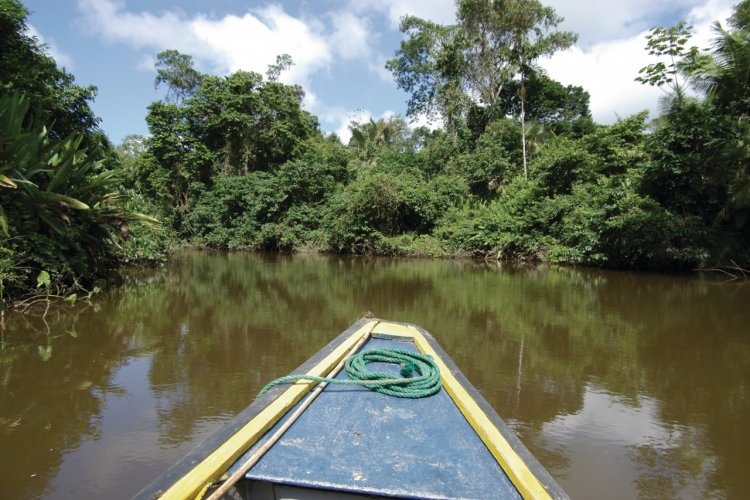 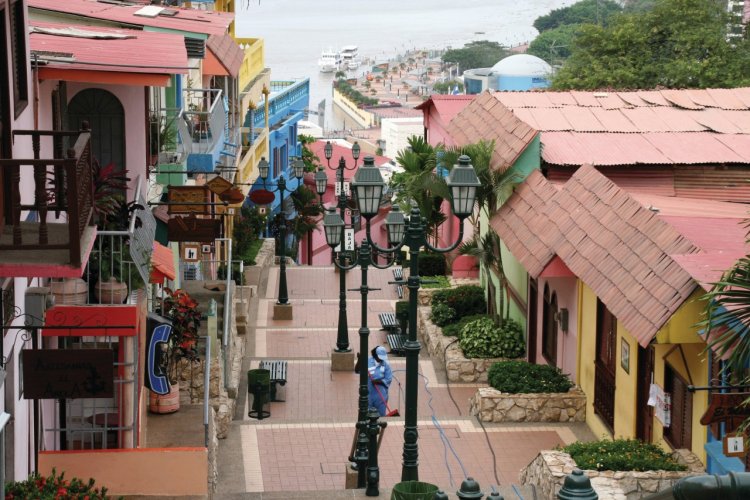 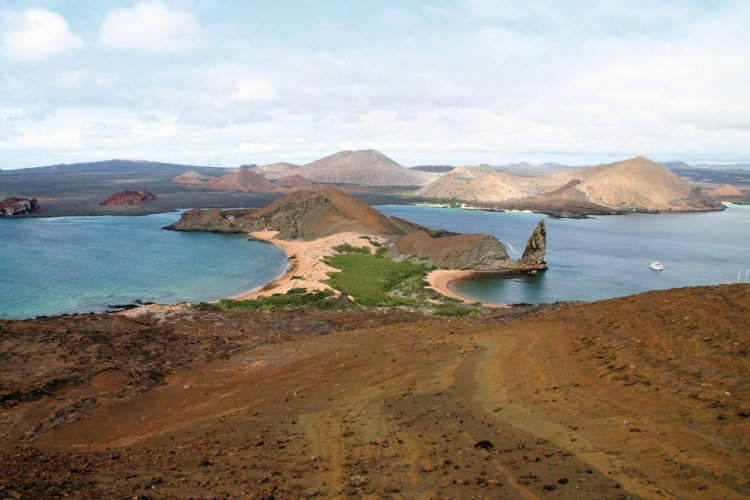 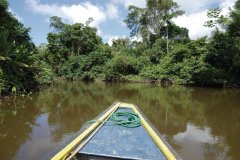 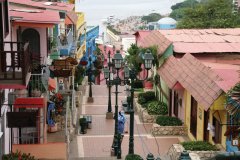 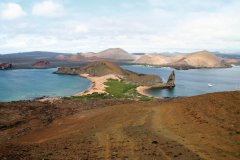 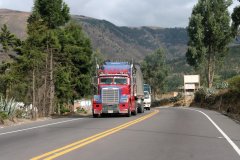 There is not really a better time to go to Ecuador. The weather on the south coast will be fine from June to December...
Read more about it

The weather in Ecuador is regulated by the rainy and dry seasons. On the Andes Mountain Range, the rainy season runs...
Read more about it

The national currency is the US dollar, which replaced the local currency known as sugar in 2000 due to instability.<...
Read more about it

For stays of less than three months, it is not necessary to apply for a tourist visa for Ecuador. Beyond that, it is...
Read more about it

In terms of health, the situations are very different between the coastal zone, large cities, central mountainous reg...
Read more about it

The price variation depends on the company used, and especially on the booking time. For the best fares in high seaso...
Read more about it

Tour operators specialising in stays in Ecuador produce their own trips and are generally very good advisors because...
Read more about it

Domestic flights are frequent and serve major cities and the Amazon. They are rather cheap except to go to the Galapa...
Read more about it

While the health crisis is forcing many trips to be postponed, it is nevertheless not forbidden to think about, or even to start preparing for, future trips that will eventually arrive. And among the means of travel that appeal to a wide audience, there are cruises. Aboard a large liner, a traditional boat, or in a more intimate setting aboard a sailboat or catamaran, cruising allows you to conquer the oceans, the seas and the most beautiful ...

To discover Ecuador, opt for hiking

Do you want to work out while discovering magical places off the beaten track? That's the advice of Isabelle Fabre, a travel blogger who recommends hiking to discoverEcuador. For her three weeks in the country, this traveler decided to focus on the Andes and the Galapagos. With a rental car, she did "The Quilotoa Loop", a three-stage hike. A 3-hour drive from Quito, this excursion is located between 3000 and 4000 meters of altitude. If, like ...

Swimming in the company of the largest marine species is one of those life-changing experiences. The whale shark is the largest fish currently living on Earth, with a size that varies from 4 to 14 metres and can even exceptionally reach 20 metres! It is easily recognizable with its checkered livery. The advantage of this fish, which moves quite slowly in the water, is that it is completely harmless to humans. It also likes to swim in warm ...