Every year, France celebrates July 14. Fireworks, popular balls and parades on the Champs-Elysées, the Republic is honoured at popular events commemorating the capture of the Bastille, or the end of the absolute Monarchy. What if we discovered how other countries around the world celebrate their national holidays? For travellers, it is a unique opportunity to learn more about the culture and history of the region, while participating in the various events organized for the occasion. From Australia to the Netherlands, this is our world tour of the most patriotic celebrations!

On August 9, 1965, Singapore became independent from Malaysia. As in many other nations, Independence Day has now become a national holiday. For the occasion, Singaporeans wear their most beautiful red and white clothes, the colours of the flag, and wander from one end of the city state to the other. Many dance, music and gigantic fireworks shows are also organized

In India, not one but three national holidays are celebrated! 26 January is "Republic Day". It commemorates the adoption of the Indian Constitution in 1950 with the parade of the "Camel Corps", the camel military guard, in Delhi. Military parades are also held on August 15 to celebrate the country's independence. On October 2, Mahatma Gandhi, the father of the nation, was honoured.

Dubbed the "double ten", Taiwan's national holiday celebrates the fall of the Qing dynasty that led to the founding of the Chinese Republic on October 10, 1911. On the programme: martial arts, acrobatic shows, dragon and lion dances and other military parades in front of Taipei's presidential palace. To end the day, a gigantic fireworks display is also fired over the Tamshui River. We're taking a look at it!

A September 16 in Mexico

On September 15, at 11 p.m., the President of the Republic and the mayors of each of the Mexican villages exclaimed: " ¡Viva nuestra Independencia ¡! ¡Viva Hidalgo! ¡Viva Morelos! ¡Living the heroes that our dieron patria! ¡Viva México! ¡Viva México! ¡Viva México! ». This grito of dolores pays homage to the priest Miguel Hidalgo who, in 1810, called for a protest against the Spanish settlers. The jubilant crowd responds with vibrant ¡Viva ¡Viva ¡! On 16 September, military parades were held in Mexico City

July 4 in the United States

On July 4, 1776, Thomas Jefferson's Declaration of Independence granted autonomy to the thirteen colonies in America, formerly under the yoke of the British Crown Kingdom. This key date was chosen, as early as 1870, to celebrate the national holiday. Every July 4, Americans pay a vibrant tribute to their nation in patriotic parades in the colours of the fifty-star flag. Fireworks are organized in major cities

On July 28, the Peruvian president intervened in Lima Cathedral after a 21-gun salute announcing the rising of the day and the flag. Peru's national holiday is celebrated on the date when General José de San Martin proclaimed, in 1821, the independence of the country once dominated by the Spaniards. Las fiestas patrias last two days during which groups of folk music perform all over the country. On the 29th, a military parade took place in Lima

April 27th in the Netherlands

Previously known as the "Queen's Day", the Netherlands' national holiday nowadays takes place on King Willem-Alexander's birthday, April 27, so it is called koningsdag or "King's Day". Established in 1885 under the reign of Queen Wilhelmina, it is a very popular event during which outdoor concerts and a giant garage sale called Vrijmarkt are organized. The Amsterdam canals are even decorated for the occasion!

On August 17, 1945, Indonesia was proclaimed an independent republic. Today, this date is celebrated on a day in red and white with many parades. Often, the inhabitants try to follow a popular and controversial tradition, partly because of its negative impact on the environment: Panjat Pinang. Lots are hung on top of dozens of cut and lubricated trunks and young Indonesians are invited to climb them to unhook them

To commemorate the anniversary of the Mongolian Revolution of 1921, the country organizes games every year: the Naadam. Three sports are represented: Mongolian wrestling for men, horse racing and archery. The biggest Naadam takes place in Ulaanbaatar from 11 to 13 July. After a colourful opening ceremony, the residents dressed in their best clothes crowd around the stadium to enjoy the special atmosphere of this holiday. An unforgettable experience in Mongolia!

A January 26th in Australia

Australia Day attracts many visitors each year, especially to Sydney, during the Harbour Parade - the competition for the most decorated ship - and during the concert in front of the Opera House, the city's iconic monument. Today, the national holiday is Australia's largest and most controversial event, celebrating the arrival of Arthur Philip and the British fleets in Sydney Cove on 26 January 1788. 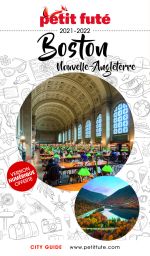 As the United States finally opened its borders at the beginning of the month, it's time to finally go and put down your ...

The East Coast of the United States is a cocktail of diverse destinations, alternating between mythical cities and ...

A holiday whose origins are Celtic, contrary to what many of us believe, Halloween is now celebrated in many countries ...