Crystal clear waters, medieval citadels and megalithic temples are the three treasures of the island of Malta, located in the centre of the Mediterranean Sea. Travelling through Malta will take you from the steep cliffs of its coasts to the quiet alleys of its medieval cities such as Mdina the fortified and Victoria and the Renaissance splendours of Valletta. Or dive into the fascinating corridors of a Hypogée built in 5000 BC and then admire the Caribbean waters of Comino. If its palaces, churches, fortifications and majestic monuments will delight history lovers, Malta will also be able to satisfy other pleasures thanks to its typical and sunny cuisine and festive atmosphere, whether in the bars of Valletta or in the Paceville district, which has become a must for all young Europeans. If we add that the atmosphere is very different between sometimes slightly concrete coasts, peaceful cities and an island of Gozo, where time seems to stand still, we will understand that everyone can find their own paradise. You are free to choose a travel theme with the help of a tourist guide on Malta.

What to see, what to do Malta? 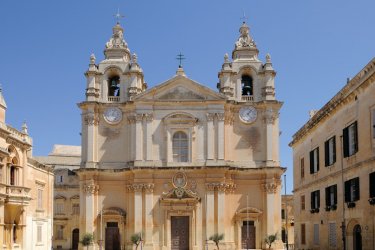 What to visit Malta ?

When to go Malta ?

The high season runs from July to mid-September in Malta. It is particularly hot and dry in August. During this month, the prices of hotel and restaurant nights double compared to those in winter. The low season runs from April to June and from the end of September to the end of November. If you want to avoid the summer tourist crowd, this is the best time to go to Malta! Prices are then much lower and temperatures are still mild (about twenty degrees on average). You can even go swimming if you visit Malta between May and October. From mid-June to mid-September, it is the festive season in Malta. These are patron saint's festivals of incredible fervour that take place in all the villages of the island. If you are looking for a cultural and festive stay, staying in Malta during this period is really a good option! Ask the tourist office as soon as you arrive to find out the exact dates of the Malta and Gozo festivities.

Due to the Covid-19 pandemic, entry and travel restrictions may apply Malta. Remember to visit the site of the Ministry of Foreign Affairs before you leave for the latest information
Practical information for travel Malta
Formalities Budget Horaires Getting around Gastronomy

A weekend in Malta

How to go Malta

It is quite easy to organize your stay upon arrival in Malta for excursions. But you have to do it a little ahead of time to get the best rates during the high season. The destination is generally safe and single travellers do not have to take any more precautions than in other European countries.

Malta is perfect for relaxing: beaches and coves bordered by the turquoise waters of the Mediterranean, sunshine and mild temperatures almost all year round, low-cost airline tickets. Thus, half-board or full board stays are offered by many specialists. To go on holiday, you will find 8-day trips from 700 € (in low season), flight included. Malta is also a popular destination for language stays for children

Malta has only one airport. The main airlines serve this destination. The distances are quite short in Malta and we quickly go around the island. Buses serve cities and tourist sites; it is the most economical means of transport. You can also rent a car, but you have to keep in mind that the traffic is dense, the roads are winding and especially that you drive on the left. Shuttle boats also operate between Malta and the islands of Gozo/Comino.

Learn or improve your English on a language holiday in Malta

With over 160 years of British rule, a bilingual population and a cultural environment that gives pride of place to the language of Shakespeare, Malta had everything to become one of the leading destinations for learning English. And every year nearly 80,000 students, including 10,000 French students, travel to Malta to learn English. At the same time, they enjoy the charms of a Mediterranean country which has one of the highest scores in Europe in terms of sunshine and sea temperature. And it is not the last in terms of festivities, as evidenced by its Carnival, which, with six centuries of tradition, is one of the oldest in Europe, or the many festivities that enliven towns and villages and allow people to live as close as possible to the Maltese 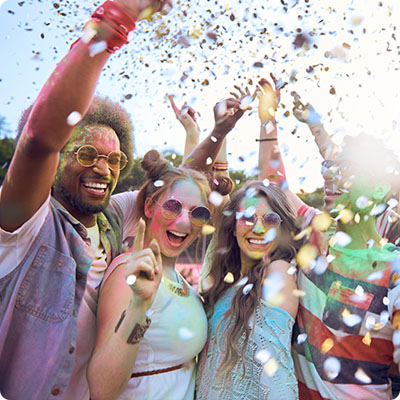 It is a braided pattern of small golden balls adorning pieces of Maltese jewellery. It is attributed a Portuguese origin, the only country where similar works can be found. This work requires a special skill and skill that justifies the high price of these true works of art, as the tighter the weave, the heavier the object.

Dating back to 1535, this tradition is still very popular, especially in Valletta and Victoria (Gozo). Parades, music and dance are on the program. Floats and costumes are the subject of competitions. The king of the carnival and his chariots are accompanied by decorated horse-drawn carriages. And the balconies are taken by storm, to have a front row seat

It was introduced to the Neapolitan coast by the merchants and citizens of Amalfi, who set up a hospital on the island for the Knights returning from the Crusades. Its four branches recall the cardinal virtues: Justice, Prudence, Moderation, Courage. At the extremities, its eight points indicate the eight nationalities of origin of the Knights.

The daïssa is a typical Maltese boat, brightly coloured, which looks like a gondola without a tail. Fishermen's boats, with less slender shapes, are called luzzu (or luzzijiet). They are characterized by their "eyes of Osiris", painted on the front of the boat. Less numerous today, these wooden boats are carefully maintained

Called bizzilla, this typical art from Malta and especially from Gozo was imported by the Knights. After its decline, it was revived in the 19th century by taking up the fashion of Genoa, derived from the Venetian tradition with its rosette motifs and spirit stitches. This tradition will then be copied by other countries: France, Spain and England.

This is the name of the traditional Maltese bread. Round in shape, this sourdough bread is baked in a wood-fired oven and must be shaped by hand by the bakers. Often topped with olive oil, capers, tomatoes, tuna or onions, it is one of the most typical snacks, which has just been incorporated into the intangible heritage of UNESCO in December 2020.

Whether you arrive in Malta by boat or plane, you will soon be fascinated by the island's soft colour. This colour is that of honey, that of globigerine, a stone used to build the sumptuous ancient palaces as well as the modern houses of the endless horizontal residential suburbs. It is one of the symbols of the archipelago.

You will be very surprised by the insistence of the islanders to define themselves as Maltese or Gozitain. When you arrive in Gozo you will simply have the impression of being in another country: wilder landscapes but above all customs and habits that claim to be different from those of Malta, such as a taste for work and small economies.

It is truly the most original wealth of Maltese heritage. But the great surprise comes from the finesse of prehistoric art as it was practiced by the tribes of the island at that time. The zoomorphic and geometric friezes of Tarxian, the fish of Bugibba, the Sleeping Lady or the Venus of Malta are a delight to the eye

It is the equivalent of our "corner café" and a true institution of the Maltese districts and villages. Often small in size, they are sometimes affiliated to a football club, bocci (Maltese petanque) or a political party. With a basic and authentic decor: plastic tablecloth, frame with the Blessed Virgin, photos of football teams and fake flowers

The hero of theOdyssey spent seven years as a prisoner on the island of Gozo, a captive of Calypso. The daughter of the titan Atlas gives him an enchanted cave and offers him immortality if he decides to stay. Moved by the tears of Ulysses, Zeus sends Hermes to order Calypso to release him. She will then help him return to his homeland, Ithaca.

Its popularity is extraordinary and it is revered in all walks of life and at all ages. In August, weeks are dedicated to it in many villages in Malta and Gozo, and on this occasion, people gather every evening in the main square to recite the rosary. Young people will also be seen displaying his image on their T-shirts

You like to set the rhythm of the day by eating a pastizzy from breakfast, accompanied by a coffee or a beer, at the café or in a kiosk.

You prefer lunch , the sacred appointment. Of course with your family on Sunday.

You go on a picnic by the beach on sunny days. With folding chairs and tables and a buffet in the open trunk of the car.

You love to take the car, whether it's to the office or to go shopping. And if possible in a Japanese car

You are very religious and very pretty, you dress up to go to mass and celebrate your patron saint's day in style.

You arevery cocardier about your home village and you wear its colours proudly.

You arehappy to indulge in the pleasure of bocci, Maltese petanque, to meet up with friends.

You shake hands with your contacts . Kissing is not for you.