Within the Mediterranean Sea, near the Turkish and Syrian coasts, this island - including its capital Nicosia - has been divided in two since 1974. The north is under Turkish domination, the south, with a Greek majority, corresponds to the Republic of Cyprus. The two areas are separated by the United Nations buffer line, known as the green line. The island of Cyprus is a seaside destination above all. In addition, there is a wealth of heritage and hiking opportunities in a preserved natural setting. Among the highlights are South Nicosia, rich in historical monuments, whose warm atmosphere is appreciated, and the archaeological sites of Paphos linked to the cult of Aphrodite. Between Nicosia and Paphos, the 3 valleys of Marathassa, Cedars and Pitsilia house 9 Byzantine chapels listed as World Heritage sites. On the road to Larnaca, we pass typical villages, the monasteries of Stavrovouni, Makhairas and Ayios Hérakleidos, the ancient site of Tamassos and the Neolithic site of Khirokitia. Near Lacarna, we discover Sultan Hala's Tekke on the shores of Salt Lake, an important pilgrimage site for Muslim Cypriots. Finally, we don't miss the Kykkos monastery. Cypriot food is one of the pleasures of the destination. It is similar to that of Greece and is accompanied by local wines. Do your shopping, early in the morning, to enjoy a multitude of fresh fruits. As for souvenirs, local craftsmanship provides with lace and embroidery, basketry, pottery, woodcuts... And to better organize your visits, immerse yourself in your tourist guide to Cyprus

What to visit Cyprus?

When to go to Cyprus?

The very high tourist season is of course July and August, which could almost be extended to June and September. High prices and crowds guaranteed. The spring is superb, because the island is then covered with flowers. For a lazy stay, beach and sunbathing, spring, from March to June, or autumn from September to the end of October are perfect. Autumn is the quieter mid-season and winter is the low season, when prices are lower. Many establishments are idling or even closed. In the off-season, there are some very good deals to be made. Luxury hotels then offer rates that are 30 to 50% lower than in the summer. Supermarkets are starting to grow on the outskirts of major cities, but not excessively so far. Don't miss the religious festivities that punctuate the daily life of the Orthodox, such as the Orthodox Passover, which is celebrated in April and lasts several days. Throughout the month of February, the carnival alone is a great attraction. Parades, balls and disguised nights then gather the whole population in the main towns of the island with, as a climax, the closing party in Limassol. On this occasion, take advantage of the special evenings that the hoteliers do not fail to organize. Those who have waited until autumn to travel will attend the Limassol Wine Festival, honouring the many Cypriot vineyards (September)

The climate in Cyprus is Mediterranean with very hot (23/37°C) and dry summers and cool, wet winters (6/15°C). Cyprus is the warmest island in the Mediterranean. In July and August it is hot, the climate is bearable the rest of the year. Relatively dry, it allows hiking and cycling even in winter

In South Cyprus the euro is in force. In the north it is the Cyprus pound (CYP) but euros are often accepted in tourist places. Credit cards work. In the north, be careful, the amounts debited are sometimes higher than the amount to be paid. Cyprus is a fairly expensive destination for accommodation, especially in summer and especially in the south. Restaurants are more affordable. Public transport and entrance to museums and sites are very cheap.

Identity card or passport valid for a stay of less than three months. Passport for Canadians. Citizens of the countries of the Union, Switzerland and Iceland, Liechtenstein and Norway are allowed to enter Cyprus with only their identity card, provided that it bears a photograph. A simple passport is then sufficient to enter the part occupied by the Turkish army. At the Turkish Cypriot post, your name will be registered and then you will be issued a temporary visa on a loose sheet. Make sure that your passport is not stamped, as you could not then return south. Note: if you enter the island through its northern part you will not be able to leave the island through the south

Given the sensitivity of the Cypriots to the split and the clash that killed hundreds of people on both sides, remain reserved in any comments on the partition, Turkey and the TRNC. Do not attempt to take pictures to the buffer zone

Cyprus does not present any major health risks. No vaccination is required. However, remember to protect yourself against the sun and to hydrate yourself, the sun is strong! It is not mandatory to carry your European social security card, but it is more practical in case of a medical consultation.

How to go to Cyprus? Our advice & tips

There are many organized trips to South Cyprus, especially in the seaside area. Some focus on natural resources, others on heritage resources, or even mix the two. There are fewer organized stays but they do exist for the northern part of the island. Finally, some tourist tours on the Mediterranean coast of Turkey include a visit to Cyprus (1h30 by ferry).

There are no contraindications to travel alone to Cyprus. Despite the latent conflict between Turkey and Greece, you are in no danger of staying in Cyprus, on one side and/or the other. But if you come from the north you will not be able to leave from the south. If you drive around the island in a rental car, you will have to change vehicles between north and south and vice versa. In the south, book your accommodation in the high tourist season. If you are staying in Turkey, Cyprus is connected by ferry.

The ideal is to rent a vehicle to get off the beaten track. Attention: driving is on the left in Cyprus. Attention bis: rental cars cannot cross the Green Line between the two parts of Cyprus. The road network is becoming increasingly modernised and a motorway links the major cities. In the southern part of Cyprus you benefit from a good network of buses from town to town. Private minibuses travel north. Taxi fares are fixed.

Prepare for your trip Cyprus

One week in the south of Cyprus

One week in northern Cyprus 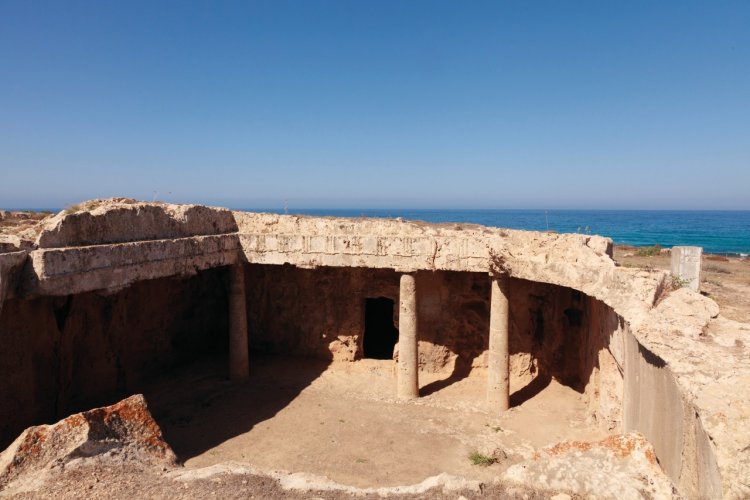 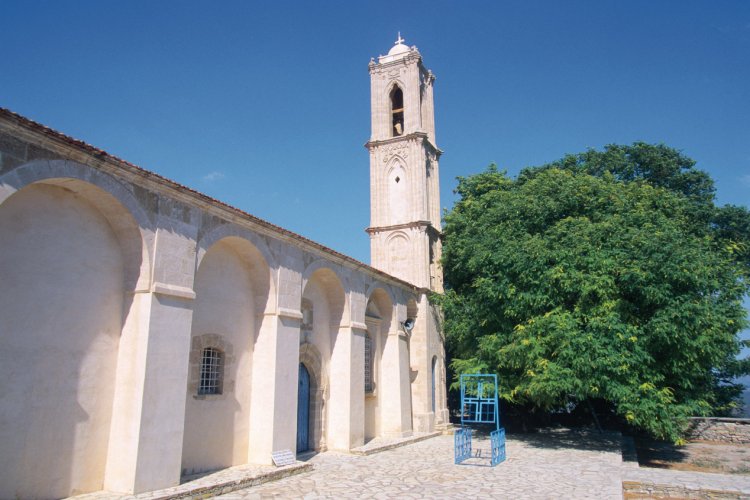 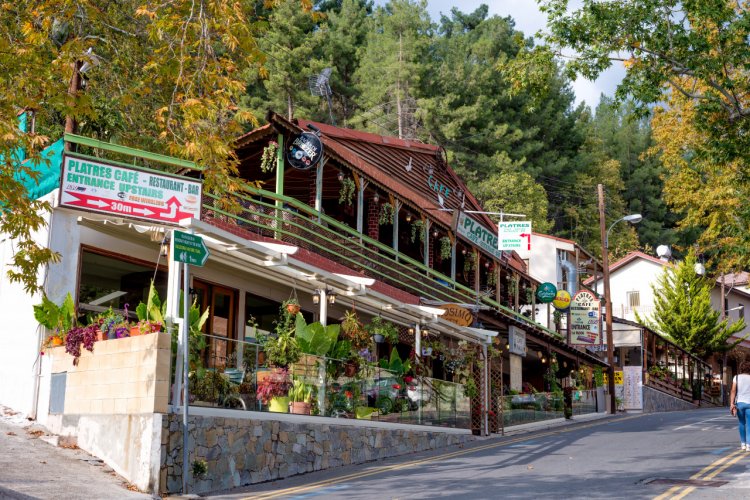 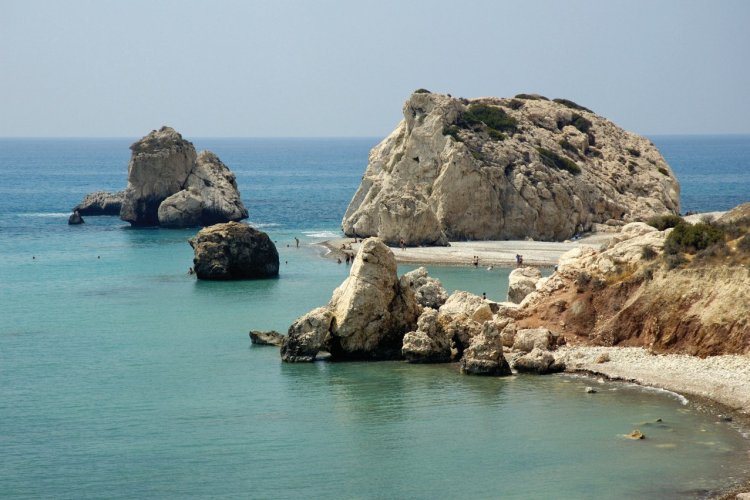 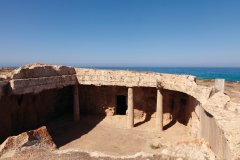 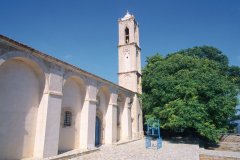 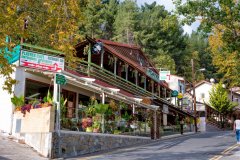 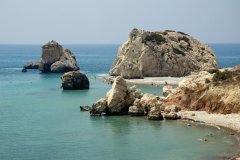 The very high tourist season is of course July and August, which could almost be extended to June and September. High...
Read more about it

In South Cyprus the euro is in force. In the north it is the Cyprus pound (CYP) but euros are often accepted in touri...
Read more about it

Identity card or passport valid for a stay of less than three months. Passport for Canadians. Citizens of the countri...
Read more about it

Cyprus does not present any major health risks. No vaccination is required. However, remember to protect yourself aga...
Read more about it

There are no contraindications to travel alone to Cyprus. Despite the latent conflict between Turkey and Greece, you...
Read more about it

There are many organized trips to South Cyprus, especially in the seaside area. Some focus on natural resources, othe...
Read more about it

The ideal is to rent a vehicle to get off the beaten track. Attention: driving is on the left in Cyprus. Attention bi...
Read more about it

The Mediterranean is an intercontinental sea that borders the coasts of Southern Europe, North Africa and Western Asia. It offers enchanting landscapes and there are countless travellers who want to reach its cities, fishing villages and its most beautiful beaches to enjoy the sun, swimming and relaxing moments. In some places, its waters are so crystal clear that one would quickly believe to be in the Caribbean or in the middle of the ...

With the coming arrival of spring, the desire to go away for a weekend to enjoy the sun is growing in the minds. In the hope that sanitary measures will become more flexible with the arrival of fine weather, and noting that European travellers are allowed to move around the countries of the Union under cover of measures that differ from one country to another (negative PCR test, quarantine, etc.), everyone has the freedom to think of a ...

Thanks to its more than clement climate and an average temperature of 21 degrees until the end of November, Cyprus is the European destination 4 hours flight from Paris, where those who are used to swimming in the Atlantic find the sea warm . But this island has much more to offer in the off-season with an ancient and tormented cultural heritage made up of multiple invasions and colonisations, notably Turkish and British. Le Petit Futé has ...

The inescapable people of Cyprus

Greek? Turkish? No, Cypriot! This is undoubtedly one of the European countries most marked by its neighbouring cultures. At the crossroads of great civilizations, Cyprus nevertheless conceals wonders and treasures of its own. According to legend, Aphrodite was born here, from the foam produced by the sea that flows on the rocks of the Paphos coast. It is no coincidence that the goddess of beauty and love was born there.... Petit Futé takes ...