You dream of discovering new landscapes, new cultures, but the language barrier frightens you a little? Don't worry, speak French opens many doors and borders around the world! From North America to West Africa, beautiful and sometimes unsuspected destinations await you. On this week of La Francophonie in the world, Petit Smart offers its 10 destinations where you can speak French.

N° 10 - The oriental charm of Morocco

The Maghreb remains one of the favourite destinations of the French. The diversity of Morocco's landscapes, from the high snow-covered peaks of the Atlas Mountains to the borders of the Sahara, makes it the ideal destination for a weekend of complete change of scenery. The various monuments with Berber, Arab and Andalusian influences offer the country an undeniable cultural heritage. Finally, the excellent Moroccan cuisine no longer has to prove itself!

The only independent French-speaking country in the Caribbean, Haiti is nicknamed the pearl of the West Indies. A relic of a long colonial past, French is still the official language, along with Creole. Apart from the tense climate of Port-au-Prince, Haiti is a magical land with landscapes that are still untouched by tourism. Its beaches with crystal clear waters will make you want to discover this island still too little known.

Here, the doors are wide open, no need for a passport or visa since it is in France that you travel! Like all the islands of the West Indies, Guadeloupe surprises visitors with its endless beaches, omnipresent sunshine and beneficial springs and waterfalls. You must visit the French overseas departments and territories at least once in your life, to get to know this France from the other side of the world and above all to meet its inhabitants with their Creole accents.

No. 7 - The Aosta Valley, between France and Italy

Since 1536, French has been the official language in the Aosta Valley. It was only after the Second World War that it was joined by Italian, which is now much more widespread in the region. Its exceptional alpine landscape makes it one of the most beautiful places in Europe. A paradise for skiers in winter and hikers in summer, its fauna and flora are splendid. A real breath of fresh air a few kilometers from the French border!

No. 6 - New Caledonia and its lagoons

The archipelago of New Caledonia is a paradise destination where nature is still lush and omnipresent. Its expanses of white sand and its coconut palms make many people dream of it! This great cultural mosaic where Kanaks, Europeans, Wallisians, Indonesians and West Indies, among others, live is representative of the prevailing climate: mild, welcoming and above all generous

We no longer present Quebec and its inhabitants with such a touching accent. For several years now, this destination has been the Eldorado of young Francophones who find an ultra-developed society, open to the world and above all particularly warm, despite the harsh climate. Here, we defend the French language tooth and nail! Beware of the one who will shop instead of shopping!

With its six national parks and some thirty nature reserves, Senegal is a breath of fresh air to the Atlantic wind. Although French is the official language, about twenty national languages have been identified. But whether in Wolof, Fulani or French, the welcome here is rooted in the national culture. Discover this adventure country bathed in the sun all year round

No. 3 - Saint Pierre and Miquelon, the Northern Archipelago

This French overseas collectivity is certainly one of the most surprising. The only French territory in North America, it is a real jewel where nature is preserved. Here, seals, dolphins and whales live in complete freedom! The archipelago's northern landscapes inspire a true sweetness. We practice ice and water sports, but above all hiking to discover the fabulous boreal forests

No. 2 - The Mysterious Djibouti

Disconcerting and fascinating, that's what this little piece of African land could be called. Independent since 1977, Djibouti has had French as its official language, along with Arabic. The adventure begins with the journey, since it is after more than 10 hours of driving and one or two stops that we reach it. But what a wonder upon arrival, especially when you go off the beaten track to meet whale sharks! Djibouti still has everything to offer, nature is splendid and the hiking possibilities endless

Just a stone's throw from New Caledonia, Vanuatu is a dream destination for anyone who wants to experience exoticism in its purest form. French is spoken here by 40% of the local population! The Yasur volcano, still active, offers spectacular eruptions. If you have a (under)marine foot, Hideaway Island will offer you to mail your letters from the only submerged post office in the world!

1 /
To be read next:
10 shark-infested beaches, be careful before soaking
Nature destinations to discover
The best sun destinations in Europe for an extended weekend
Top 10 places in the world to swim with whale sharks
Top 10 must-do activities in the Maldives
Top 10 best destinations for teleworking
The 10 most beautiful places to visit in France in autumn
15 villages to discover in the Dordogne
10 magnificent endangered animals to see on a trip 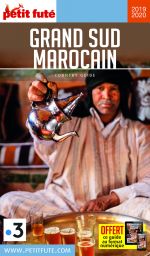 10 incredible landscapes that don't seem to come from our planet

The land offers landscapes of breathtaking beauty. And some of them look like they're straight out of a science fiction ...

It's the dream of many of us: to sail around the world alone, in pairs or with friends, putting work and everyday life ...

Do you dream of surfing in the most beautiful spots in the world? Here is our Top 10!

Surfing is a sport that has many followers all over the world. Of course, it is necessary to practice before going to ...