We had already offered you our selection of the most unusual specialities in the world. After this extraordinary culinary experience, it is impossible to end the meal without a sweet note! Like Italian tiramisù or American cheesecake, some desserts are emblematic of their country of origin. Whether you try to cook them at home or enjoy them on your next trip, happiness is guaranteed with every bite! Here are 15 desserts from the four corners of the world, to bring a little sweetness to your daily life

The cheesecake, towards New York

We're melting for this cream cheese cake that sits on top of a thick layer of cookies. The cheesecake is an explosion of happiness in your mouth. There are many variations: with a red fruit, lemon or chocolate coulis, the choice is yours! The cheesecake is said to have been invented by Jewish and Italian immigrant populations at the end of the 19th century in the United States, particularly in Philadelphia, from where the famous cheese used in the recipe takes its name!

More than a dessert, the scone is one of the must-haves of British tea time. These round rolls of Scottish origin can be sweet or savoury. The latter often contain raisins or gooseberries. At a time when the whole world is starting to bake bread at home, why not make your own scones before you can taste them in London? With butter, honey or jam, your snack will take on a whole new twist!

Here is the Viennese dessert par excellence! The Sachertorte will melt cocoa lovers. It is a chocolate sponge cake in which a layer of apricot jam is added before being covered with a dark chocolate icing. A delicacy whose origin is still disputed between the Hotel Sacher - where an apprentice is said to have invented the Sachertorte at the end of the 19th century - and the pastry and chocolate maker Demel

There are so many good things in Italy that you can't help but wonder! But tiramisù remains the emblematic dessert of transalpine cuisine in the eyes of the whole world. The name of this traditional dessert means "pull me up" or cheer me up. And we are certain that it is the best remedy for gloom! Made up of spoon biscuits, mascarpone, coffee and cocoa powder, it's cooked at home and you can't wait to cross the Alps!

The baklava, a delicacy from the East

To bite into a baklava is to go straight to Turkey, Tunisia, Lebanon... Many Eastern and Balkan countries have their own recipe for this pastry made up of several layers of phyllo dough. In the Maghreb, almonds and honey are added while in Turkey, pistachios or hazelnuts are preferred. As soon as possible, we will take a tour of the baklavas from all over the world! In the meantime, we salivate in front of our screens

The churro, a pastry without fuss

Star of the funfairs in France, the churro is a Spanish speciality. This large, elongated doughnut is eaten for breakfast accompanied by a very thick hot chocolate, the famous chocolate con churros. In Argentina, we prefer it filled with dulce de leche. With a deep fryer (or a frying pan) and a good helping hand, you can make your own churros and bring a fairground atmosphere into your kitchen!

These small egg tarts to be eaten while still warm and sprinkled with cinnamon are the emblematic dessert of Portugal! The pastéis de nata are so irresistible that every day a long queue forms in front of the Antiga Confeitaria de Belém, not far from Lisbon, where the original recipe is kept. This is the only place that uses the name pasteis de Belém. A must during a stay in the Portuguese capital

The alfajores, biscuits from Latin America

This typical Latin American pastry consists of two biscuits joined together by a layer of fruit, dulce de leche or chocolate and wrapped in icing. You will find them everywhere, whether in Chile, Argentina or Peru. The alfajor is so popular that there are even industrial versions in supermarkets! In Spain, alfajor is mainly eaten in Andalusia, in the region of Murcia, during the festive season

The kanelbullar, the swedish brioche

If a Swede invites you to eat a kanelbullar at a fika, understand that you will be enjoying one of the best cinnamon buns of your life during a coffee break! The one also known as cinnamon roll in North America is made with butter, cardamom, cinnamon and sprinkled with sugar. Why not try it at home before you go to Stockholm to taste it?

The pavlova, all in lightness

This New Zealand pastry was created in honour of the Russian ballerina Anna Pavlova during her tour of Oceania. Composed of crispy meringue, soft whipped cream and topped with fruit, it is a very popular dessert both in New Zealand and Australia. The two countries are still fighting over its origin. We would gladly fly to the other side of the world to taste it now!

Mochi, the pearl of Japan

Dessert of the feast days, the mochi is a small ball of sticky rice with anko, a red bean paste. Its thousand-year-old history makes it one of the oldest pastries in Japan. This dessert has crossed the country's borders in recent years and mochi factories can be found all over the world. Ideal to succumb to it before going to Japan! However, be careful not to eat them too quickly, they are very viscous!

The gulab jamun is made from milk powder dumplings, fried and flavoured with cardamom. They are then served with a rose water syrup. The term gulab also refers to this syrup and jamun refers to an Indian fruit with the appearance of this dessert. In Nepal, the jamun gulab is known as lal mohan and is served with yoghurt. It is an exotic and rather hearty dish, to be enjoyed from New Delhi to Kathmandu!

The crumble, a gourmet dessert

In English, to crumble means to crumble. And, indeed, it is these crumbs of crispy dough that make this dessert so delicious! Invented during the Second World War to use less butter, flour and sugar, crumble is now part of the English culinary tradition. This crumbly dough usually covers a layer of fruit but can also accompany savoury dishes. Moreover, it is very simple to make a crumble at home while waiting to go across the Channel!

You were certainly familiar with poutine, Canada's traditional dish. But have you ever heard of poutine with a hole in it? With no fries or cheese, this Acadian specialty is a dessert! It comes in the form of fritters with small raisins, blueberries, cranberries or apples topped with sugar syrup or brown sugar and baked in the oven. A delicacy to be enjoyed especially in New Brunswick!

The makroud, treasure of the Maghreb

Oriental pastries make us all salivate and if there is one side we can't resist, it's the makroud! Very popular in Tunisia, Morocco and Algeria, it is made of durum wheat semolina and dates before being cut into diamond shapes and fried or baked. At the end of cooking, it is soaked in a syrup of honey and orange blossom before being eaten. A delicacy which knows many variations according to the region of production: with almonds for the makroud el louz of Algiers or even salted for the makrout malah 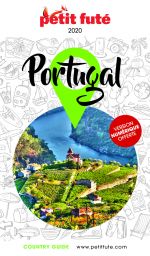