Paradise, deserted, bordered by the sea or the ocean: the islands make all travellers dream. Their strong identity and unique landscapes encourage a change of scenery and above all relaxation. These plots of land lost in the middle of the sea are, in fact, a good way to escape the daily routine. Hawaii or the Seychelles often remain in the top of the island destinations. Did you know, however, that Europe is home to many beautiful islands, only a few hours flight from France? From Madeira to Corsica via Gozo, here are our 10 favourites for this summer!

Mljet, the wild one

It is often difficult to choose among the many islands of the Croatian archipelago. The southernmost one, Mljet, will satisfy the expectations of travellers looking for authenticity. Very wild, the forest covers nearly 70% of its surface. Mljet has many picturesque villages like Soline, where you are strongly advised to stay. The view of the sea and especially the feeling of being cut off from the world will certainly charm you!

The Isle of Skye, on the clouds

It is the largest of the Hebrides islands in Scotland. Here, no coconut palms or white sandy beaches but a wild nature bordered by coastal landscapes with cut-out cliffs. The island of Skye owes its name to its soft and relaxing colours: skye means "cloud" in Norwegian. While these same clouds can sometimes be threatening, the island offers a timeless journey to those who know how to visit it, all year round

Still protected from mass tourism, Gozo is the secondary island of the Maltese archipelago. Divers will discover exceptional sites, made of natural beauties and recent wrecks. The Blue Hole, a set of underwater reliefs, has been voted "best diving site in the Mediterranean" on numerous occasions. If you are more down-to-earth, you should also know that the island is full of small hiking trails accessible to all

Minorca, pearl of the Balearics

While Ibiza reserves the most wild evenings for itself and Mallorca the most visited sites, Minorca remains the quietest of the Balearic Islands. Its very long beaches and turquoise calas are a paradise for travellers who want to escape the summer crowd by not giving up on the paradisiacal landscapes. The cove of Cala Macarella surrounded by limestone cliffs and pine forests is a real eye-catcher!

Brittany? Normandy? United Kingdom? We get lost in it fast! Only 20 km from the French coast, Jersey is closely linked to the United Kingdom but is indeed independent! Mythical, it was praised by the Odyssey Ulysses but also by Victor Hugo who praised its always temperate climate and steep cliffs. A very special atmosphere is found in Jersey, a pleasant feeling to be always between two waters: to discover!

Also known as Zakynthos, Zakynthos is one of the most important spawning grounds for the Loggerhead sea turtle. This endangered species lives in the Mediterranean Sea and every year, at the beginning of June, females come to lay and bury their eggs in Zakynthos. The national marine park protects this spawning area. The island is also one of the most pleasant in the Ionian Sea, you can dive there, especially in Porto Zorro

The Lofoten Islands, in the land of fjords

In northern Norway, the Lofoten Islands are now separated from Lapland. Here, the fjords are tinged with the blue of the tumultuous sea that strikes them every day. Throughout the year, you can admire whales, killer whales and, above all, marvel at the preserved natural beauty and impressive diversity of the landscape: from mountains to cliffs, beaches and fertile plains.

Its well-known nickname is well deserved: : the island of Beauty has many treasures to reveal to us! From Cap Corse to Bonifacio, its 1,000 km of coastline, often wild, is the ideal refuge for city dwellers in search of nature. The hiking trails, like the famous GR20, will allow you to explore this land of which the islanders are proud, and rightly so! The welcome of the Corsicans and their love for their island conquer all travellers.

Only 3h30 flight from France, this Portuguese archipelago enjoys an eternal spring that offers a varied and abundant vegetation. In the shade of pine forests and tropical trees, in the middle of the Atlantic Ocean, Madeira is a mountainous land where the Pico Ruivo, Portugal's third highest peak, emerges. Beautiful hikes are therefore to be expected on this island where nature is still preserved and the inhabitants warm and welcoming!

Sicily could undoubtedly be at the top of this ranking but we have chosen to highlight its seven little sisters: the Aeolian Islands. How not to fall in love with Lipari, Vulcano, Filicudi, Alicudi, Panarea, Salina or the bubbling Stromboli and its ever active volcano? You will find both white and black beaches, and always an azure sea heated by the sun

1 /
To be read next:
Top 10 destinations to visit during the next winter holidays
Discovering the museums and sites of the National Museum of Natural History in Île-de-France
Top 10 unusual museums
10 European destinations to visit this winter
European cities: where to go for Valentine's Day?
10 timeless destinations for a successful city break
10 lucky traditions in the world
The 10 most beautiful libraries in the world
20 UNESCO World Heritage Sites in Europe to discover 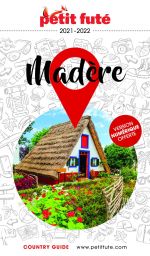 10 million years ago, the belly of the Earth began to growl, grow, eruct, until a huge stone emerged from the abyss on ...

Where to go in the spring? Where and when to go: destinations and tips

It's finally spring! A great opportunity to get out of the winter lethargy with a little trip. We've made you a ...