Staying in the Azores to observe cetaceans

Due to its exceptional location in the heart of the North Atlantic, the Azores archipelago is home to a wide variety of aquatic fauna. Several expeditions are therefore offered to visitors in order to observe cetaceans, both resident and passing species, always taking care not to disturb their life cycle. For all lovers of the sea and the great species that inhabit it, a stay in the Azores is a unique opportunity to leave with indelible memories.

An abundance of aquatic fauna

In the Azores, no less than 24 different species of cetaceans have been recorded around the islands. They include species that inhabit the waters all year round, but also those that pass through the area during migration. For information, cetacean hunting has been a very lucrative activity in the Azores, sperm whales being the first victims. However, since 1984, whale hunting has been banned, and the only activity related to cetaceans is nowadays their observation, a magical moment highly appreciated by visitors and locals alike.

Meeting the great cetaceans of the Azores

Since whaling and cetacean hunting were banned in the Azores, the archipelago has become a paradise for aquatic species and one of the largest whale sanctuaries in the world. It's simple, cetaceans can be seen all year round, and 98% of the trips to the sea result in the observation of whales or dolphins in their natural environment. The probability is so high that operators are willing to refund the ticket if the animals do not show up. Thus, the blue whale is easily visible in winter and the spotted dolphin, the sei whale, the baleen whale and the sperm whale in summer.

Cetacean watching is a must on a holiday in the Azores and includes boat trips to get up close and personal with the dolphins, as well as diving and swimming sessions with them. Another great experience in the Azores is the observation of large marine species from the lookouts. These small white huts, which are located at strategic points on the island, allow you to see a fin, spot a breath or even a dolphin jump during surprising panoramic views. Sometimes it is even some of the old fishermen who welcome visitors to the lookouts.

And then, on bad weather days, when going out is not possible, it is time to go and learn about the history of whaling or hunting by joining a museum or an interpretation centre like the Museu dos Baleeiros in Pico 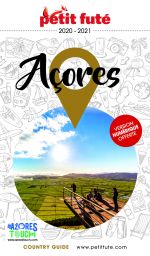 The Azores, a Portuguese archipelago between ecotourism, water sports and hiking

Better known for its high pressure at the time of the weather than for its natural and cultural riches, the Azores ...

The Azores, a hiking and biking paradise

In the Azores archipelago, where the natural landscapes are breathtaking, hiking is like second nature. There are a ...

Scuba diving in the Azores

An archipelago in the North Atlantic, benefiting from the food-rich currents from the north and the warm waters of the ...

The Azores, a responsible ecotourism destination

An archipelago made up of nine islands of volcanic origin, the Azores are located in the heart of the Atlantic Ocean and ...