A destination that would be wrong to book for honeymoons, New Caledonia has so much to teach us, about our history, cultural differences and generosity and sharing. The "Pebble" is a raw jewel like nickel that its depths conceal, which is softened and shaped as the encounters take place. Nouméa, a modern and Europeanized capital, is home to most of the territory's population. It is bordered by beautiful turquoise beaches offering a wide range of water sports: sailing, kitesurfing, scuba diving, water taxi rides, kayaking or simply exploring with palm-top mask and tuba. Nouméa is also home to the must-see Tjibaou Cultural Centre, an architectural marvel and a window on local culture. The rest of the large island stretches over 400 km of wild and arid landscapes in the west and tropical landscapes in the east. In between, the Poingam Peninsula, to the far north, is populated by wild horses and marks the fragile boundary between purple-tinged land and an almost translucent sea. To the west, the three islands Loyalty Maré, Lifou and Ouvéa each have their own personality and traditions. We will walk for a long time on idyllic beaches, observing the colourful seabed or unique rock formations while enjoying a cuisine composed mainly of seafood and fish caught to measure. Finally, in the very south, the Isle of Pines is the ultimate treasure of Caledonia, the one you would like to keep just for yourself, almost unreal.

The must-see places in New Caledonia

When to go to New Caledonia?

The tourist seasons are not very marked because there are not many tourists (about 100,000 per year). The most popular season is between October and December (it is better to buy your flight ticket in advance) because the climate is very pleasant during this period. July and August are also busier but prices remain the same all year round. Try to match your trip to the calendar of Kanak festivities, which are unique moments of exchange and will allow you to learn a little more about the local culture.

In Caledonia the seasons are reversed: summer takes place from December to March. Its temperatures vary between 25 and 27°C on average and are accompanied by short tropical rainfall. The cool season, or southern winter, extends from April to November with average temperatures of 20 to 23°C. The period to avoid due to the rains is between January and March, with a particularly rainy February.

In New Caledonia, the Pacific franc (CFP or XPF) is used, the rate of which is fixed with the euro. It cannot be repeated often enough: the cost of living in New Caledonia is high (twice as high as in France), and it is not uncommon for budgets to have to be increased once they are there. Outside Nouméa, it is better to have cash on hand because there are not many distributors and tribal or straw huts rarely accept credit cards.

New Caledonia depends on the French Republic: it is a community with a special status, known as de sui generis. Your identity card is sufficient on the spot, but you need a valid passport for transit stops. Be careful, if you travel with your cat or dog, New Caledonia subjects the animals to quarantine.

Mosquitoes. New Caledonia regularly experiences major dengue fever epidemics, including several fatal cases, so be sure to avoid bites with proper clothing coverage and mosquito repellent. Other animal-borne diseases such as chikungunya and leptospirosis were also reported earlier this year. Scars are easily infected in tropical environments, so it is important to disinfect and monitor the wound.

Coral. Water sports enthusiasts will often rub up against the sharp coral. Make sure that there is never any coral left in the cut if you are injured, and disinfect with lemon to kill the coral, which is a living organism.

Vaccine. No special vaccines are required.

How to go to New Caledonia? Our advice & tips

Due to the number of islands and the various possible combinations, tour operators will offer you many tailor-made stays in New Caledonia. In 15 days you can visit up to two islands in addition to Grande Terre, or opt for a diving or hiking stay. Allow at least one month if you want to visit all the islands.

While travelling alone in New Caledonia does not pose any particular safety problems, public transport is very underdeveloped. It will be necessary to book excursions on site or rent a car to move around the Grande Terre in complete peace of mind. Since hotels are often very isolated, please always book in advance to give them time to prepare for your visit.

By plane. The national airline Air Calédonie offers domestic flights to the various islands of the archipelago.

By boat. It is also possible to reach the Isle of Pines, Maré and Lifou aboard the catamaran Betico 2.

By bus. Carsud serves Nouméa's suburban network to the municipalities of Païta, Dumbéa, Mont Dore and La Tontouta airport. The R.A.I. serves almost all the communes of Grande Terre at more than reasonable prices

Prepare for your trip New Caledonia

Mosaic of landscapes in New Caledonia

The good life in New Caledonia 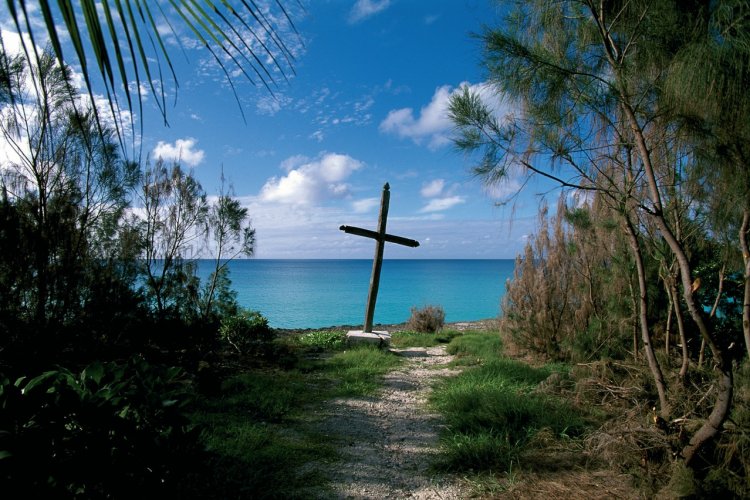 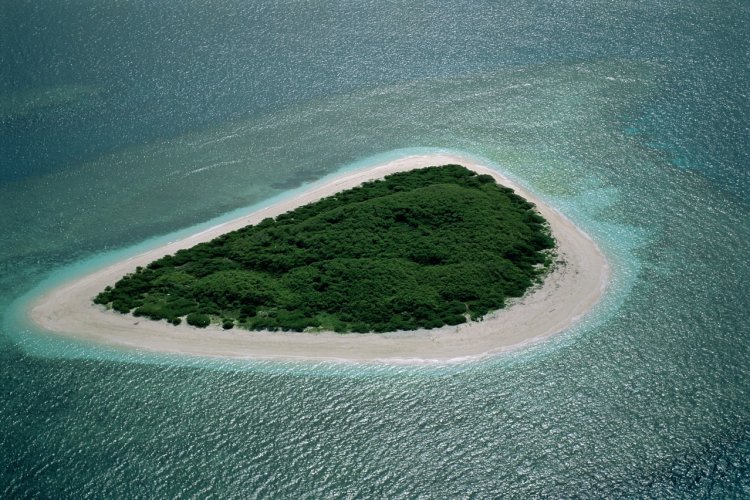 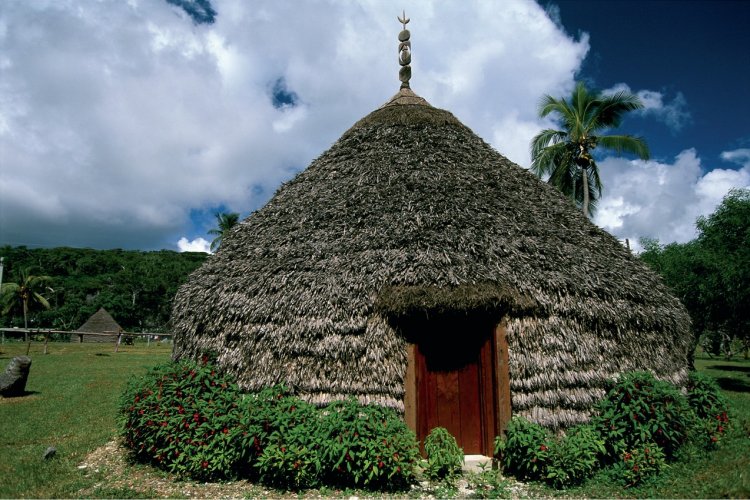 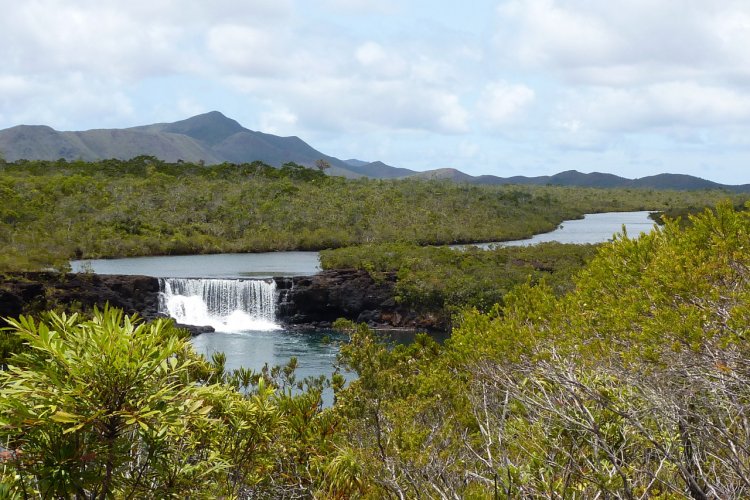 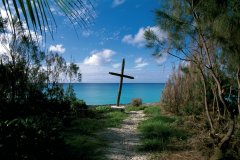 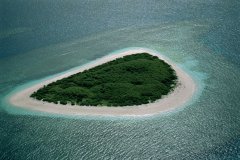 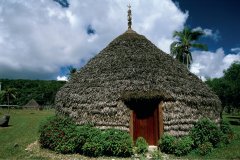 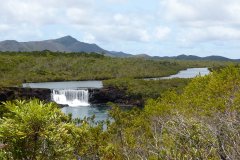 The tourist seasons are not very marked because there are not many tourists (about 100,000 per year). The most popula...
Read more about it

In Caledonia the seasons are reversed: summer takes place from December to March. Its temperatures vary between 25 an...
Read more about it

In New Caledonia, the Pacific franc (CFP or XPF) is used, the rate of which is fixed with the euro. It cannot be repe...
Read more about it

New Caledonia depends on the French Republic: it is a community with a special status, known as de sui generis. Your...
Read more about it

While travelling alone in New Caledonia does not pose any particular safety problems, public transport is very underd...
Read more about it

Due to the number of islands and the various possible combinations, tour operators will offer you many tailor-made st...
Read more about it

By plane. The national airline Air Calédonie offers domestic flights to the various islands of the archipelag...
Read more about it

Famous television show that always meets a great success, Koh Lanta has been hosting Friday nights for many people for several weeks a year since 2001! While the contestants must survive on an uninhabited island for about 40 days and participate in various events, as a team and then alone, in order to finish as the winner, the prowess and strategies put in place by the participants are not the only ones to challenge viewers. The program ...

New Caledonia is the story of a small country with a big heart, set like an offering of nature in the midst of the translucent waters of the Pacific. Whether you call it New Caledonia, Caillou or Kanaky, this little piece of France leaves no one indifferent. And on Sunday, November 4, 2018, New Caledonian voters were called to the polls to decide on the future of the archipelago and its possible independence. Participation was massive ...

In the heart of one of the most beautiful oceans in the world, this piece of French land emerges, known as "le Caillou". As we have guessed, this is New Caledonia. This France of the antipodes discovered by James Cook in the 18th century is one of those wonders that we would never like to see changed. The archipelago covers 18,575 km2. It is composed of Grande Terre, protected by the world's second largest coral reef, the Bélep Islands, ...

You dream of discovering new landscapes, new cultures, but the language barrier frightens you a little? Don't worry, speak French opens many doors and borders around the world! From North America to West Africa, beautiful and sometimes unsuspected destinations await you. On this week of La Francophonie in the world, Petit Smart offers its 10 destinations where you can speak French. N° 10 - The oriental charm of MoroccoThe Maghreb remains ...