Tanzania has nothing to envy its neighbours when it comes to safaris, national parks, underwater reserves and magnificent landscapes! Twice as large as its Kenyan rival, Tanzania also has a rich and diverse fauna scattered in nature reserves that cover a quarter of its territory. The assurance of closely observing the famous big five (lion, buffalo, leopard, rhinoceros and elephant) as well as all the other wild animals that make you dream. Tanzania is the promise of beautiful adventures thanks to its tourist guide in unique natural sites such as the Ngorongoro Crater, Serengeti National Park, Lake Manyara, the Great Rift Valley or the shores of the three Great Lakes (Victoria, Tanganyika and Nyassa). Great hikers will not forget to climb Kilimanjaro, the summit of Africa (5,895 m), while lovers of fine sandy beaches and spices with a thousand flavours will stroll along the coast or cross the Indian Ocean to discover the island of Zanzibar, a marvel of Afro-Arab-Asian fusion.

What to see, what to do Tanzania? 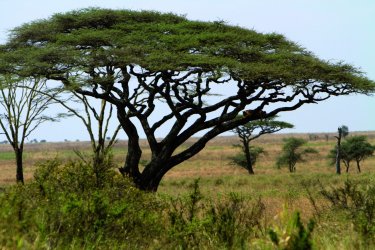 What to visit Tanzania ?

When to go Tanzania ?

It is possible to organize your trip to Tanzania all year round because the country is located near the equator and therefore enjoys a pleasant climate with warm temperatures that vary little from one month to the next. However, the best time to travel to Tanzania is from late June to mid-October in order to avoid the two rainy seasons, the small one between November and December, and the heavier one between March and May, during which it can sometimes rain a lot for several days in a row. Nevertheless, to witness the great migration of wildebeests, zebras and antelopes in Serengeti Park, you will have to brave the rain because it takes place between January and March in one direction and between October and December in the other direction.

Due to the Covid-19 pandemic, entry and travel restrictions may apply Tanzania. Remember to visit the site of the Ministry of Foreign Affairs before you leave for the latest information
Practical information for travel Tanzania
Formalities Budget Horaires Getting around Gastronomy

How to go Tanzania

To obtain attractive rates, it is essential to do so well in advance. Consider buying your flight tickets six months before departure or, if you have more time than money, travel through the Middle East, there are cheaper tickets available all year round via these routes.

Tour operators offer many customized tours for Tanzania according to your desires and budget. You can choose to focus on a relaxing stay, a getaway to Zanzibar, a safari in the heart of Tarangire National Park, climbing Kilimanjaro or combining all this, if time and resources allow.

Rather expensive, single-engine domestic flights remain practical and reliable when you want to reach several sites without wasting time on the road, particularly the southern parks or the regions of the three large lakes. Be careful, they are not programmed every day. In the North or to reach the coast, buses are the easiest solution with safe roads. For Zanzibar, we recommend taking one of the many ferries that leave every day from the centre of Dar es Salaam.

Welcome back to Kenya: embark on a safari from the air!

Tanzania is a country of superlatives that we know little about. It is known that the "roof of Africa", Kilimanjaro, is located there, that the island of Zanzibar is part of it and that the Maasai live on these lands. Bordered by the three largest lakes in Africa, Lake Victoria, Lake Tanganyika and Lake Nyasa, Tanzania is an immense and fascinating country made up of plains, high plateaus, mountains, coasts and islands with absolutely different landscapes from north to south. It is made up of a patchwork of more than 120 ethnic groups, the majority of which are Bantu, the majority of which are Catholics, but 90% of which are Muslim in Zanzibar. Full of geographical, historical, ethnic and societal subtleties, Tanzania deserves to be better known. We will not forget to detail the characteristics of the wonders of its wildlife in the Tanzanian national parks, the largest land mammals on the planet that we go on safari to observe in their daily lives.

Tanzanians are friendly to foreigners. You will be greeted everywhere with ringing "Karibu! (welcome) and "Jambo!" (good morning). Sometimes you will be invited to eat. Precious moments of sharing. Tanzanians are curious, and engage their hosts in endless discussions about Tanzania, and about your country.

You come on safari to experience the great thrill of discovering the great wilderness and fall asleep to the sound of roaring wild animals or the cries of hyenas. No way to leave your tent without the permission of an armed ranger at night! The days of 4x4 on chaotic tracks at the end of the world will open your eyes and your senses

Dodoma, the country's political and constitutional capital (with Parliament), is a sleepy provincial town in the bush in the centre. Dar es Salaam on the coast is the real economic capital, a megalopolis where the embassies and the government are located. Stone Town is the capital of Zanzibar, which has a semi-autonomous status

The dala-dala is the cheapest collective minibus, which follows a route invisible to the layman. More and more people are squeezed inside! In the cities, one can also take, in addition to the taxi, the bajaj, a motor tricycle which comes from India and China, or a piki-piki (or boda-boda), a motorcycle taxi for short trips.

Composed of Tanzania, Uganda, Congo, Rwanda and Burundi, this region is a geographical entity with a rugged relief and large lakes. The three largest lakes on the continent border Tanzania: Lake Victoria, Lake Tanganyika and Lake Nyasa, but there are also lakes Manyara, Rukwa, Natron, Eyasi... and many others.

In Tanzania, children are everywhere. The country is very young: 63% of the population is under 25, the median age is 18. You can see them walking home from school in the afternoon, sometimes for miles, playing with inner tubes, playing football on dusty fields, but also herding cattle and helping their parents in the fields

They are emblematic of Tanzania. Their uniqueness lies in their Nilotic origin (when 95% of Tanzanians are Bantu) and in their conservation of traditions: pastoral people, red shuka for men, beaded jewellery and scarification as a canon of beauty, etc. You will meet them at Kilimanjaro, Ngorongoro, Arusha...

The country is full of colourful and lively markets everywhere. You will find plenty of fruit, vegetables, meat on which flies tend to venture, spices, basketry, tools, fabrics... and lots of fish wriggling on the coast. The Maasai hold large markets for livestock, cloth and weapons

There is more to Tanzania than Kilimanjaro! In addition to the roof of Africa at 5,895 m, the country has a number of impressive peaks and mountain ranges that are classified as national parks. At 4,566 m, Mount Meru is thethird highest mountain in Africa near Arusha. The Ushambara, Udzungwa, and Mahale mountains exceed 2,000 m.

Tanzanians will tell you that they are all Swahili because they speak Kiswahili, the national language that allows the 120 tribes to understand each other. In reality, the Swahili people themselves live on the coast and the islands. They are Muslims and come from a mixed Asian and Arabian people, while the mainlanders are 95% Bantu

This precious stone of blue color with purple reflections, a thousand times rarer than the diamond, was discovered in 1967 by a Maasai shepherd. It is found only in this country, in the far north, near Kilimanjaro. The Maasai own 95% of the tanzanite trade, as the mines are located on their land.

You know how to handle greetings , which are a national art that should be respected. If you let your ear linger, you will surely hear people mechanically answering each other with an exchange of about ten sentences before addressing more personal words. The young people throw Jambo, mambo vipi? at each other at every street corner. A "Hello, how are you?" in casual mode, to which one must answer Poa, freshy freshy or even Poa kichizi kama ndizi (ndani ya friji) "Super cool like a banana (in the fridge)". A straightforward handshake in which both palms clap sideways, elbow down, is also a good way to start

You are smiling even in the face of daily hassles or a crowded dala-dala.