Chile, Bolivia, Argentina… These distant countries fascinate both their beauty and their culture. Throughout the year, popular festivals and cultural events attract many visitors to Latin America. Of course, the famous carnivals, from Rio to Oruro! It is an inescapable reflection of a festive and high-colour society. But in search of good, one could almost find a party every day, from Mexico to Chile… To facilitate the task, Petit Smart selected for you the 10 best events in Latin America.

No. 10 - The Feasts of San Benito, Venezuela

A Catholic saint from Palermo, Sicily, San Benito is said to be a descendant of slaves of African origin. Recognized by the church as the author of many miracles, he is the object of a true cult in the western states of Venezuela where many festivities are dedicated to him between December and January. The traditional dance called giros de San Benito is one of the most colourful traditions in the whole country, the dancers take place around a stake around which are tied ribbons that they fly in a very graceful way. To discover!

In total, more than 300,000 people are expected to attend the largest folk music festival in Latin America each year. Cosquín, a small village in the province of Córdoba, is the setting for this large gathering that lasts nine nights at the end of January. It is an opportunity for Argentines and visitors to (re)connect with their traditional, very lively culture. Be careful, the festival is emblematic of the campo, i.e. the "Argentine province". So you won't see any tango, a typical Puerto Rican dance!

No. 8 - The Chagra Parade, Ecuador

The sorrows are the cowboys of the Andes. In the Cotopaxi Volcano region of Ecuador, their parade is a true tradition: horses are dressed in colourful fabrics and riders display their most beautiful period costumes. Initially, this gathering consisted of leading the cattle convoy through the pastures. It is in the city of Machachi, known as the capital of sorrows, that the tradition is strongest today. In a breathtaking setting, the riders parade on their incredible horses to the delight of visitors

The Feast of the Dead is very important in Mexico. On November 1 and 2, families gather and exchange very special gifts: sugar or tequila skulls. They then go to the cemetery where they eat, dance and sing on the graves before offering the offerings. This practice dates back to the Aztec era and is widespread in Mexico, bringing flowers and candles to the disappeared before keeping them company. In the houses, altars are erected with, inside, skulls representing the deceased. A really intriguing party!

No. 6 - The celebration of the tradition of San Antonio de Areco, Argentina

Since 1939, every year in November, San Antonio de Areco has been transformed into a real gaucho sanctuary. Gauchos are the Argentinean cowboys who are part of the traditional culture of the Pampa. On the program: horse shows, shows, rope weaving, craft markets... It is an opportunity to discover a part of Argentine history in a festive atmosphere that brings together more than 30,000 visitors every year!

No. 5 - Carnival of Barranquilla, Colombia

No, it's not just Rio that can boast about his carnival! The city of Barranquilla in Colombia also has colourful festivities, classified as a masterpiece of the oral and intangible heritage of humanity. Multi-ethnic and warm, this carnival in the image of the Barranquilleros is one of the most beautiful in the world. For four days, the city lived to the rhythm of rumba before Joselito, the carnival man who symbolized joy and celebration, died!

Every year, Easter Island revives its traditions during the Tapati Rapa Nui celebrations in February. Annexed to Chile, Easter Island has a very specific culture, the result of its great geographical distance. On this land at the end of the world, two clans clash during the celebrations. The events take up the island's traditions, from body painting to ritual songs and the creation of handicrafts. The opportunity to discover the mysteries of Rapa Nui...

This religious ceremony takes place every 24 June in Cusco, celebrating the winter solstice. In the past, it took place after several days of fasting and sacrifices were made to offer them to the Sun god. Long banned because considered pagan by Catholics, Inti Raymi was born again in 1944. Today, participants sacrifice an alpaca before embarking on impressive traditional dances and songs!

No. 2 - The Carnival of Oruro, Bolivia

This is Bolivia's big event! The Oruro Carnival combines spirituality and folklore. Musicians, singers and dancers come from all over the country to pay tribute to the one called the Pachamama, the earth goddess! The diablada dance is fascinating, it represents the confrontation between the infernal forces and those of the angels. Both sides are represented by dancers who perform complex figures in costumes, each heavier than the next. Unforgettable!

How to separate Rio from its dazzling carnival? More than a celebration, it is a real institution. The whole city is in turmoil for a week, to the rhythm of the samba schools that came to compete for the title of "Queen of Carnival". The costumes of the baianas, all in rhinestones and sequins, impress the cariocas and visitors ready to dance all night long! 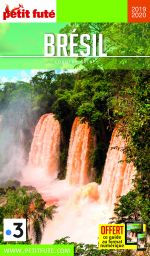 Even if now is not the time for long and long journeys, it is certain that as soon as the health situation allows it, ...

Rio de Janeiro is not a city like others. Indeed, the city is making the feat of gathering the most beautiful natural ...