Southern Africa includes the countries located south of the African equatorial forest. South Africa, Namibia, Mozambique or Botswana are territories that reveal a breathtaking nature, between savannahs, mountains, coastline with translucent waters, swampy or arid areas. It is easy to understand that all travellers will find something to marvel at in the countries of southern Africa. And how can we not also mention the possibility of encountering some of the most emblematic wild animals of the continent, including the Big Five. Setting foot in South Africa, and more globally in Southern Africa, is also an opportunity to stop in fascinating cities, in villages, to meet and exchange with the locals as well as to dive into the heart of local traditions. Whether you decide to go to Southern Africa for a honeymoon, as a lover or to discover a territory off the beaten track, here are 4 ideas of tours proposed by the South African Travellers agency, for as many unforgettable experiences. In addition, SA Travellers takes care of all the organization of the trip, welcomes travellers in French and is at the disposal of everyone for all questions related to the health situation and the conditions of entry in each territory.

From South Africa to Mozambique, a honeymoon between bush and dream beaches

Couples who are looking for an unusual trip to Africa to celebrate their honeymoon will find Southern Africa a destination of choice. Not least because the experiences are multiplied. The trip starts with the discovery of Cape Town. We start with a walk in the Victoria district, before going to the Albert Waterfront to stop at the terrace of a restaurant. Later, the colourful Bo-Kaap district awaits lovers for a few photos, before going to laze on the sublime beach of Camps Bay. Before immersing yourself in nature, of which the climb to Table Mountain is a perfect foretaste, you can take the time to stroll down Long Street in the evening for a drink and a party. The trip continues with a stop in the vineyards of the Drakenstein Valley. The environment is hilly and green. Orchards and vineyards make up a bucolic landscape punctuated by vineyards. You can taste a few vintages to accompany the local gastronomy, and these moments of wine tourism are delicious to experience. It is then time to head to a luxury lodge in the middle of the Kruger National Park. One of Africa's largest game reserves, it is also a priceless wildlife sanctuary. The safari can then begin, with the search for the most beautiful viewpoints to observe lions, rhinos, leopards, buffaloes and elephants in their natural environment. Simply splendid! Before reaching Mozambique, the next part of the journey is the Panoramic Route, a spectacular route through the Mpumalanga province. The landscapes revealed are those of fertile valleys, dizzying mountains and impetuous rivers. It's hard not to be moved by this road trip that leads through the breathtaking landscapes of the Blyde River Canyon. What could be more idyllic then than to end the trip in the small town of Vilanculos in Mozambique? The beaches here are heavenly and ideal for a multitude of water sports, swimming and scuba diving. The setting is perfect for sealing the engagement of the newlyweds.

Luxury and Romantic Stay in Botswana

Botswana is another remarkable destination for a romantic getaway. Its unspoilt landscapes make for a breathtaking experience. Starting with the Chobe National Park, close to the borders with Namibia, Zambia and Zimbabwe. The area has one of the largest concentrations of animals in Africa, including an impressive population of elephants. The river of the same name can be navigated at sunset to watch the animals cooling off. After a comfortable night in a lodge and a dinner in an unusual place, direction the Makgadikgadi National Park and its salt pans. In a 4WD vehicle, we travel through the huge salt pan to see lions, buffaloes, elephants, hippos and zebras that follow their path to the Nxai Pan National Park. A trip to Botswana is not complete without a visit to the beautiful Okavango Delta. The safari here takes place in a landscape of vast green plains. Here you can cruise through the reeds on a dugout canoe and watch the birds, see a hippo swimming, stop off on an island before coming ashore to meet the lions and antelopes. From air taxi transfers with breathtaking views to romantic sunset dinners, this is another great getaway for lovers around the world.

100% family-friendly itinerary from Cape Town to the Garden Route

On a trip to Southern Africa with the kids, they'll no doubt enjoy roaming the wilderness and seeing a wide range of animals. A trip to South Africa starts in Cape Town, which is a great place to spend time with your children. You can stroll through the various neighbourhoods before heading to one of the beaches for sunbathing, swimming and playing in the sand. Camps Bay and Clifton are superb with their long stretches of white sand and clear waters. On another day, we take the cable car to the top of Table Mountain to capture a few moments with the whole of Cape Town in the background. The journey continues by taking the unmissable Garden Route from Cape Town. This is a great way to experience a variety of things that will delight young and old alike. This route is a continuation of the Whale Route and leads to Port Elizabeth. The route passes through the lush landscapes of the Elgin Valley before stopping at Hermanus, the whale capital. Cruises are offered to see the large mammals up close off the coast, and this moment is bound to leave a lasting impression. But the Garden Route has many other surprises in store for families, with picnics amongst the vines in Franschhoek, water sports in one of South Africa's most beautiful lagoons in Knysna and a chance to visit some of the many ostrich farms in Oudtshoorn. Finally, while safaris in South Africa are often forbidden to children under the age of 6, there are private game reserves on the Garden Route where the whole family can enjoy this highlight of a trip to Southern Africa. For children to see the Big Five, head to Addo Elephant Park, Botlierskop Game Reserve or Shamwari Game Reserve. Families can also stay in comfortable lodges.

Marvel at Namibia on an off-the-beaten track tour

Namibia has some of the most beautiful scenery in the world. For those who want to experience a trip unlike any other, this tour takes you to the most remote corners of the country, without missing out on the must-sees. The journey begins in the Daan Viljoen reserve, with its small lakes, mountains and hiking trails. Its biodiversity is incredibly rich, with a multitude of birds, predators such as cheetahs and leopards and other animals such as giraffes, panthers, warthogs and monkeys. To the south of the Otjiwarongo area, Okonjima is another nature reserve with a rich variety of landscapes, from red earth to acacia trees. The wildlife is also present here in large numbers. A tour in Namibia cannot do without a stop in Etosha Park. It is indeed the best place to photograph the Big Five in the country. Later, Damaraland opens its arms wide with its mountains, desert landscapes, rock paintings and the sounds of animals that can be heard during nights under the stars. Namibia never ceases to amaze, as evidenced by its incredible Skeleton Coast, with its shipwrecks and animal skeletons. Cape Cross is home to the country's largest fur seal colony. You can also take advantage of the opportunity to settle in the charming seaside resort of Swakopmund, gateway to the Skeleton Coast in the north, and the impressive Namib Desert in the south. It is in the latter that you have the chance to photograph the breathtaking views of Sossusvlei, a salt and clay desert with dead trees, surrounded by red sand dunes. Not far away is the Sesriem Canyon, a geological treasure with its rocks and the pure waters of the Tsauchab River. Finally, and because it is difficult to get tired of so much diversity and preserved landscapes, we end up exploring the NamibRand Reserve, which is 80 km south of Sesriem, and reveals savannahs, dunes and secluded mountain ranges. The sunsets are breathtakingly beautiful and once again the area is full of wildlife with spotted hyenas, jackals, Cape foxes, oryx and gazelles 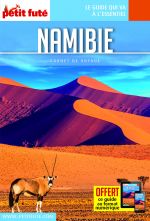 Namibia, a country located in southwest Africa, fascinates by the great variety and beauty of its landscapes. It offers ...

Namibia, a spectacular nature in the land of the Himbas

Equipped with incredible lands unspoilt by human activity, Namibia is dedicated to lovers of wide open spaces and ...