This small Central American country is located in southern Mexico: surrounded by Belize, Honduras and El Salvador, Guatemala is a multiple land with an ancestral history. A true cultural mosaic, the land of the Mayans is made up of a thousand landscapes, each with its own character. It is undoubtedly the ancient site of Tikal that we think first, a temple celebrating the gods of Mayan civilization nestled in the heart of the jungles with the lush vegetation of the Petén of the north of the country, populated by jaguars, howler monkeys and multicoloured butterflies. Then the immense Lake Atitlán comes to mind, on whose shores thrives a myriad of villages dominated by volcanoes. But these are just a few Guatemalan gems. Guatemala's tour guide will take you to the four corners of the country, from the cornfields of the Highlands to the powerful waves where pelicans surf on the Pacific coast, from the Alta Verapaz coffee region and the natural and crystal clear pools of Semuc Champey, to the Caribbean tranquility of Livingston, a small Garifuna village on the east coast, accessible only by waterway. And what about the splendid colonial city of Antigua, including the city centre with its cobbled and colourful streets full of good addresses and picturesque churches, listed as a UNESCO World Heritage Site... Between pre-Columbian architecture, breathtaking natural sites (concentrating jungles, mountains, heavenly beaches, volcanoes) and the good mood of the Chapines, the inhabitants of Guatemala, a stay in this part of the world is certainly a good choice!

What to visit Guatemala?

When to go to Guatemala?

To the question "When to go to Guatemala?", many Europeans on holiday answer between July and August, which is the high tourist season (hotel rates tend to rise), despite the rainy season which runs from mid-May to mid-October. Travellers also flock between mid-December and mid-January to enjoy the holidays in a much milder climate than in summer, but also on the occasion of Semana Santa (Holy Week, preceding the Easter weekend), but here again, prices explode. If you go to Guatemala between September and the first half of October, you will enjoy much cheaper housing rates, but chances are that the rain will not spare you, because that's when tropical depressions hit the Mayan country. The best time to travel to Guatemala is therefore during the dry season, from November to mid-May, taking care to avoid the Christmas and New Year holidays. When to go to Guatemala? From early November to mid-December and from mid-January to mid-May (be careful, though, winter is harsh in the heights), except Easter week.

With a tropical climate that includes two seasons, a dry season (November to mid-May) and a wet season (mid-May to October), Guatemala's weather varies greatly. September and early October are the rainiest time of the year, while the hurricane season (Caribbean area) runs from July to October. The temperature in Guatemala also depends on the area where you are located: while it is hot all year round on the coasts, winters are cold in the mountains.

The currency in Guatemala is the quetzal (Q), whose small denominations are particularly useful for everyday living expenses. The country is one of the cheapest countries in Latin America and the cost of living is about half that in France (markets, inns, transport, etc.). The services for tourists correspond to good prices marché en France. Guatemala remains generally very accessible to small budgets.

For a stay of less than three months, EU nationals do not need a visa and do not pay any entry fees. A Guatemalan exit tax of US$30 is theoretically applied ñ when not included in the flight ticket. Even if it is rare that one must pay it, it is still preferable to keep this sum or its equivalent in Quetzal when leaving. In addition, an exit tax of about 20 Q is to be paid before leaving Guatemala by road. Be careful, however, as the majority of flights to Guatemala from Europe via the United States pass through the United States, Europeans must then carry a new biometric passport. In addition to this, you will need to complete the ESTA form on the website https://esta.cbp.dhs.gov and pay an administrative fee of US$14.

There is not much to fear from a health perspective in Guatemalan cities. Insect bites, on the other hand, are easily infected in tropical environments. Malaria risks exist below 1 500 m in some rural areas. Before you leave, make sure you are up to date with your DTP vaccine. The yellow fever vaccine is mandatory when coming from a country in America where the disease is present. Tap water is not drinkable.

Mosquitoes. Few in the highlands and mountains of the south, they literally abound in low-lying areas with hot and humid climates, such as in the Petén department, on the Caribbean coast or on the Pacific coast. Some precautions should be taken to protect yourself from it in order to fully enjoy your stay in Guatemala, in places as wonderful as Quirigua on the banks of the Motagua, Tikal and Uaxactun in the heart of the tropical jungle.

How to go to Guatemala? Our advice & tips

For a full stay, count two weeks. There are many tourist agencies offering organized trips, and although Guatemala is only a fifth of the size of France, travel can be long between the two coasts due to winding and not always paved roads. If you have less time, focus your stay on one area: Antigua and the Pacific, Atitlan and the Highlands, Tikal and Petén or the Caribbean coast.

Guatemala is ideal for independent travellers and, provided you avoid the high tourist seasons, it is quite possible to plan your itinerary as you travel, depending on the encounters and opportunities. From a security point of view, the capital Guatemala City should be avoided for solo travellers, without falling into paranoia either. We will simply avoid ostentatious signs of wealth. The rest of the country is safe and the people are welcoming

The bus network covers the whole territory very well (saving you the cost of renting a car) and the different companies are divided into three categories, from the most comfortable (and expensive) to the most comfortable: luxury express buses, first class buses and gleaming and colourful chicken-buses. On Lake Atitlan and to reach Livingston, motorboats will be used, while to travel through the city you can board a taxi, an uber or a three-wheeled tuc-tuc.

Prepare for your trip Guatemala

A quick tour of Guatemala

All facets of Guatemala 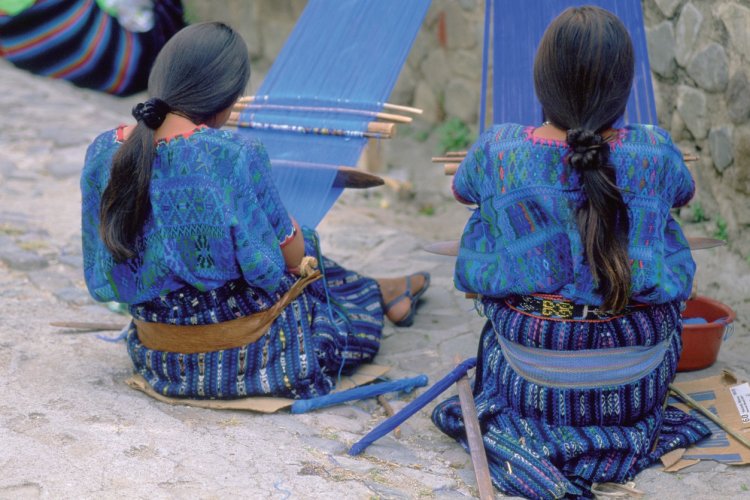 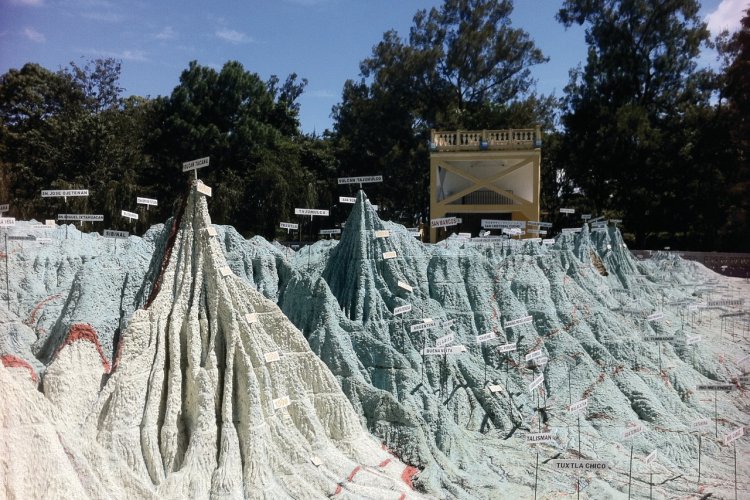 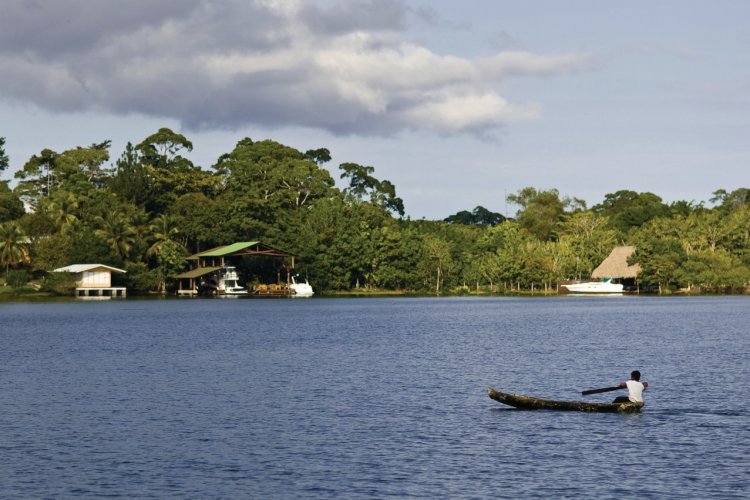 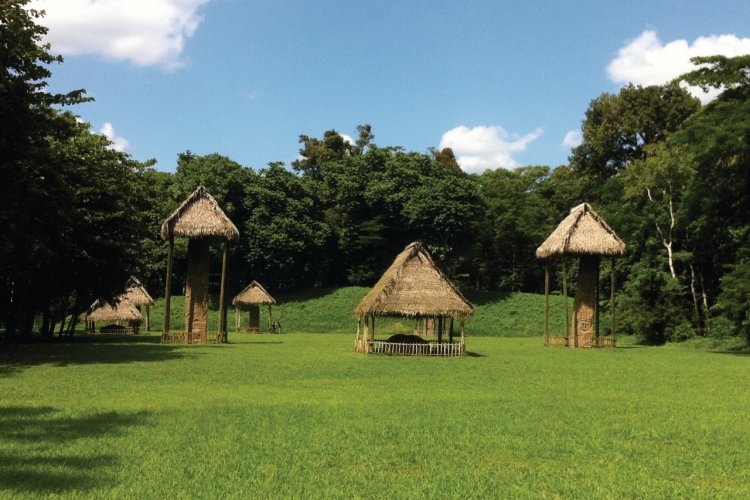 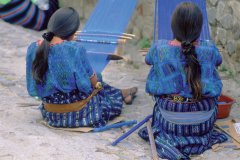 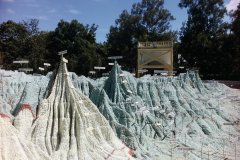 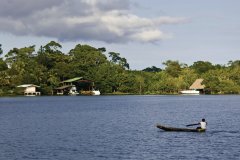 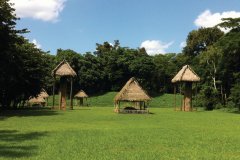 To the question "When to go to Guatemala?", many Eur...
Read more about it

With a tropical climate that includes two seasons, a dry season (November to mid-May) and a wet season (mid-May to Oc...
Read more about it

The currency in Guatemala is the quetzal (Q), whose small denominations are particularly useful for everyday living e...
Read more about it

For a stay of less than three months, EU nationals do not need a visa and do not pay any entry fees. A Guatemalan exi...
Read more about it

There is not much to fear from a health perspective in Guatemalan cities. Insect bites, on the other hand, are easily...
Read more about it

Guatemala is ideal for independent travellers and, provided you avoid the high tourist seasons, it is quite possible...
Read more about it

For a full stay, count two weeks. There are many tourist agencies offering organized trips, and although Guatemala is...
Read more about it

The bus network covers the whole territory very well (saving you the cost of renting a car) and the different compani...
Read more about it

Travelling doesn't have to mean going broke! There are plenty of possibilities to get away from it all, even on a small budget, including to faraway destinations: low-cost flights, off-season travel... It is also necessary to take into account the local budget: if the plane ticket is sometimes a little expensive, some cities and countries allow you to enjoy without spending too much (souvenirs, hotels, accommodation, restaurants, activities, ...

Latin America is a fascinating part of the world. The South American continent is indeed home to unique landscapes, mythical places and sites steeped in history on the same land. From the discovery of the history of pre-Columbian civilizations to the long hours spent strolling through splendid cities with colonial architecture and monuments of incredible beauty, there are many experiences awaiting travellers in search of authenticity and a ...

Guatemala: sleeping over a river, a unique experience!

In Río Dulce, Guatemala, it is possible to sleep in a wooden cabin above the river. This service is provided by Hacienda Tijax, an establishment that is very active in the development of tourism in the country. Ideal for rest and a unique experience, the cabin should attract nature lovers. Around the house: only trees, boats, and an absolute calm to accompany the travellers. After a long day visiting the Río Dulce region, there is nothing ...

Direction Antigua, with a beautiful address, simple and warm

The country's former political capital has retained the charms of the Spanish Empire. A city on a human scale, where it is pleasant to walk between the parks and cathedrals with a view of some of the volcanoes that surround it: Agua, Fuego and Acatenango. Antigua is quiet and voluptuous and offers a wide range of choices for your accommodation. To fully discover this colonial gem, we advise you to stay there for at least two nights. For an ...