A few kilometres away, Botswana (the country of the Tswana, named after its majority ethnic group) could have hosted the spectacular Victoria Falls that are the pride of Zimbabwe and Zambia. A cartographic adventure that does not prevent this destination from being one of the most popular on the African continent, especially for wealthy customers looking for top-of-the-range services in preserved and isolated environments. Botswana's territory is indeed covered in its great widths by huge desert areas of which the Kalahari desert is the first representative. But this flat southern African country is much more than a carpet of rock and sand and has many natural wonders to discover with its Botswana tour guide. The choice is vast: the Okavango Delta region, a veritable oasis in the desert, the four national savannah and grassland parks, including Chobe National Park and Moremi National Park, or the many reserves such as the unique Central Kalahari National Park. These reserves are all the richer because hunting has been prohibited since 2014. Going on safari in Botswana is a guarantee to observe closely and in small groups all the animals of Southern Africa, a wildlife populated by elephants (the highest concentration on the continent), giraffes, lions, antelopes, hyenas, elephants, zebras, hippopotamuses, rhinos, leopards or crocodiles.

What to visit Botswana?

When to go to Botswana?

Botswana is located in the southern hemisphere and the seasons are therefore reversed compared to Europe. Nevertheless, rather than talking about winter or southern summer, it is necessary to better refer to the rainy season and the dry season to better organize your safari. The best time to travel to Botswana is during the dry season, from May to October. The sun is always shining and it is the ideal time to observe the wildlife. From November to April, during the rainy season, the animals are more scattered but they remain visible on safari.

The weather in Botswana varies mainly according to the dry season and the rainy season. In the dry season, in the north of the country, it is about 25°C at noon and 10°C at night. In the South, the nights are often cold. From September onwards, temperatures rise and in October the air becomes dry and warm. The rainy season extends during the southern summer from November to April. It is warmer and temperatures rise to 30°C. Showers are irregular and unpredictable.

The local currency is the pula, which is easily exchanged on the spot for euros or dollars.

Life in Botswana is expensive for one simple reason: isolation. The country produces little and imports a lot. The government has also preferred to encourage expensive tourism in order to limit the volume of visitors and reduce the impact on the environment.

Tipping is not mandatory and it is customary to leave between 5 and 10% of the total amount in restaurants.

European citizens do not need a visa to enter Botswana. You will just have to check that your passport is valid at least 6 months after the day of your departure from Botswana. Entry into the territory is also accompanied by the payment of a tourist development tax of US$30.

While the following vaccines are not mandatory for travel in the country, they are strongly recommended: yellow fever, hepatitis A and B, rabies, tuberculosis, tetanus, and typhoid. It is also advisable to take malaria prevention treatment, especially if you travel to the North during the rainy season. Water in the public network is considered potable in Botswana

How to go to Botswana? Our advice & tips

Botswana is not really a backpacker's destination unless you come with your own camping gear and the country is best visited on a guided tour in top-of-the-range lodges that will satisfy the most demanding guests. Botswana safaris are often offered as a package with a visit to nearby Victoria Falls and a trip to Namibia.

There are almost no direct flights to the capital Gaborone and the easiest way is to stop over in South Africa. Therefore, allow at least about 14 hours to arrive in Botswana. It should be noted that the price variation depends on the company borrowed but, above all, on the time required to book. To obtain attractive rates, it is essential to do so well in advance. Remember to buy your tickets six months before departure!

Botswana has excellent road infrastructure that makes it easy to reach all the country's major tourist centres by car or bus. However, reserves such as the Kalahari Central are only accessible by 4x4 or by air taxi. The national airline Air Botswana also makes it easy to connect major cities. Other smaller airlines arrange transfers from one city to another on more flexible dates but at slightly higher fares.

Crossing of the natural reserves of Botswana

The Panhandle and the Tsodilo Hills 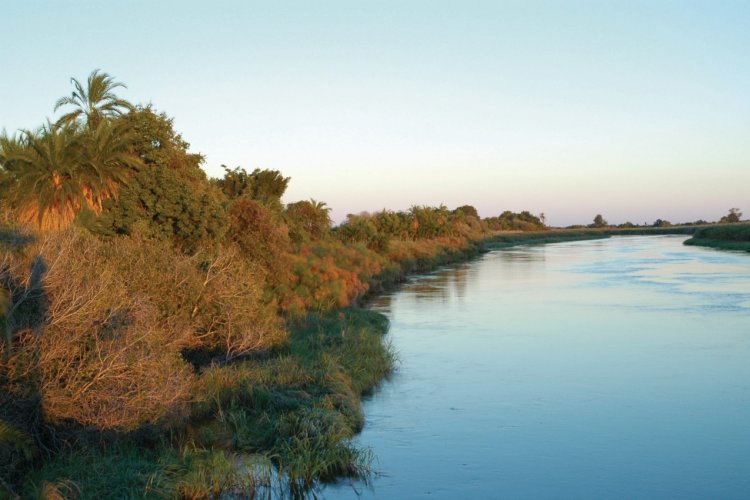 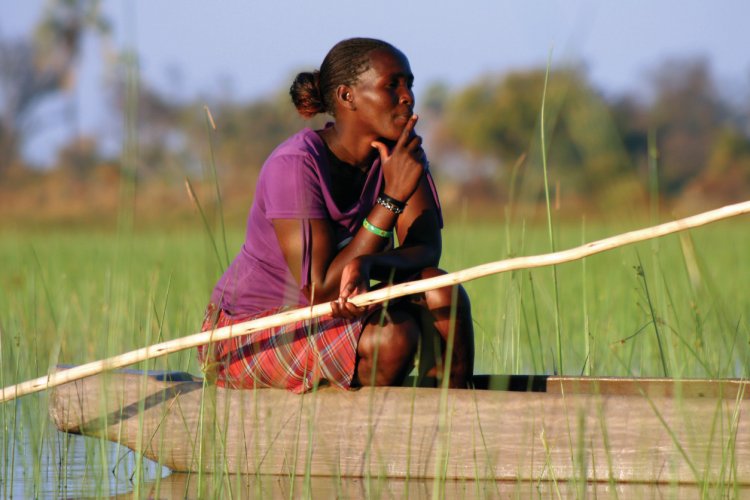 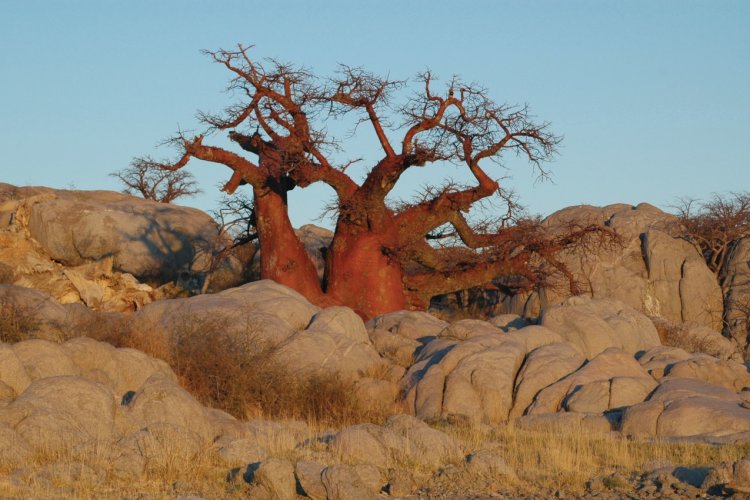 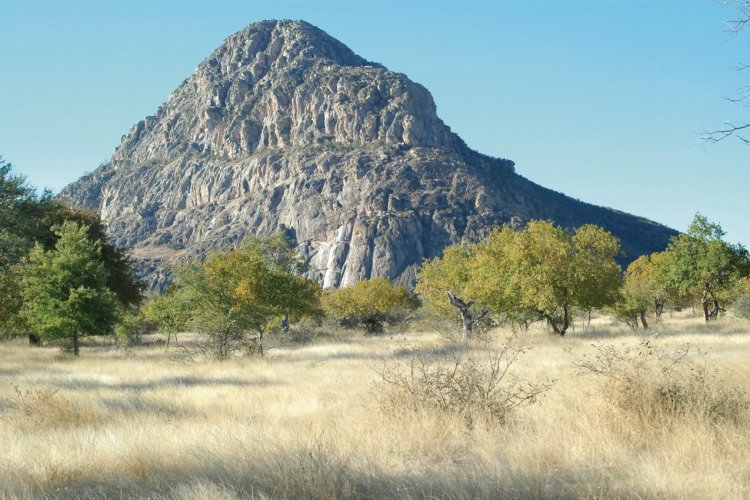 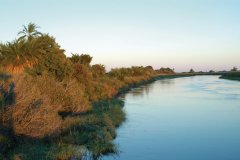 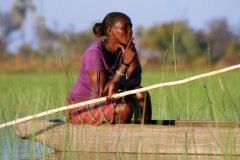 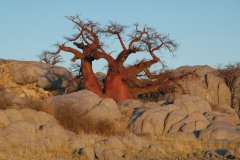 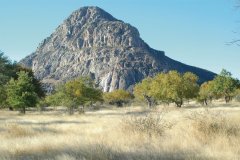 Botswana is located in the southern hemisphere and the seasons are therefore reversed compared to Europe. Nevertheles...
Read more about it

The weather in Botswana varies mainly according to the dry season and the rainy season. In the dry season, in the nor...
Read more about it

The local currency is the pula, which is easily exchanged on the spot for euros or dollars.

Life in Botswana is...
Read more about it

European citizens do not need a visa to enter Botswana. You will just have to check that your passport is valid at le...
Read more about it

While the following vaccines are not mandatory for travel in the country, they are strongly recommended: yellow fever...
Read more about it

There are almost no direct flights to the capital Gaborone and the easiest way is to stop over in South Africa. There...
Read more about it

Botswana is not really a backpacker's destination unless you come with your own camping gear and the country is best...
Read more about it

Botswana has excellent road infrastructure that makes it easy to reach all the country's major tourist centres by car...
Read more about it

Southern Africa includes the countries located south of the African equatorial forest. South Africa, Namibia, Mozambique or Botswana are territories that reveal a breathtaking nature, between savannahs, mountains, coastline with translucent waters, swampy or arid areas. It is easy to understand that all travellers will find something to marvel at in the countries of southern Africa. And how can we not also mention the possibility of ...

Why travel to Namibia and Botswana as soon as possible?

Namibia and Botswana are two countries that are very little affected by the Covid pandemic19 , thanks to the proactive policies of the governments concerned (closing borders and confining populations even before the arrival of the epidemic), but not only ... Indeed, these two countries have essential intrinsic elements that are conducive to the non-spread of the virus: . a low population density, mainly young . large uninhabited areas ...

The 10 major ecotourism destinations of the moment

The subject may be fashionable, but ecotourism remains a committed and responsible travel choice that contributes to the protection of the environment and the well-being of local populations. Because of global warming and its heavy consequences on the planet, everyone has a role to play on a daily basis to take care of this nature that is so dear to us. This also applies to the field of travel, and there are countries in the world for whom ...

Although human activity often ravages ecosystems, some places on the planet are fortunately still protected in order to preserve their natural appearance, prohibiting any intervention that could alter their primary side. The first national park was established in 1872 in the United States, in Yellowstone. Since then, this model has spread around the world and these places where biodiversity is preserved are multiplying around the globe. To ...