10 Christmas cribs to see in the world

The nativity scenes are one of the most powerful symbols of Christmas. Passionate craftsmen sometimes reproduce the Nativity episode to perfection. Between art and sacred, these true masterpieces require a goldsmith's work that often lasts all year round. Whether traditional, original, lively or inanimate, all these crèches are breathtaking artistic performances that contribute, like Christmas markets, to maintaining the magic of Christmas. Petit Futé offers you its classification of the most beautiful creches in the world.

During the Christmas season, you will see nurseries blooming all over the Czech Republic. Each city has its own Christmas market and you will often find lively representations of the Nativity that make children dream. The latter take a mischievous pleasure in sitting on a donkey, sheep or goat! There are also many museums dedicated to this craft. Near Prague, the Karlštejn Museum exhibits some of the most original nativity scenes. Some are made of sugar, others of bread and the largest ones are nearly 4 m long!

Mexico, the most creative

In Mexico, originality is in the spotlight! A whole bunch of elements directly from the culture of the country are introduced into the crèches: cactus, coconut palms and even santons making tortillas take part in the Nativity scene. Sometimes we also find Adam and Eve and the devil as representations of good and evil. The crèche is set up on 16 December, the first day of the posadas, daily celebrations that last 9 days. They retrace the pilgrimage of Joseph and Mary before the birth of Jesus

In Portugal too, the crèche is an essential tradition. It is in the Alentejo region that its imprint is still strongest with the production of religious and secular santons from Portuguese culture such as the laundress or the folk dancer. These figurines are often made in real size, which gives them an undeniable charm. You should also know that Portugal was a major producer of baroque nativity scenes in the 18th century. These masterpieces can now be found in churches or cathedrals such as the Lisbon session.

The Russian crib, or vertep, is a real small theatre! It is a two-storey house: on the first floor there is the Holy Family, on the second floor there are satirical scenes or legends related to national heroes. To bring this little world to life, there are of course openings that allow you to manipulate the dolls. The show alternates then traditional dialogues and songs and it often takes place in candlelight, in a rather dark room, and in front of amazed children

In Peru, the crib is of primary importance, much more so than the fir tree. Its composition varies according to the region: the Andes, the coast or the Amazon. The Amazonian crèches are populated by short dressed santons and little Jesus is surrounded by felines: tigers or panthers. On the coast, the characters wear straw hats. Finally, in the Andes, the protagonists of the Nativity are warmly dressed and wear a Peruvian cap. All are waiting for Niño Manuelito to arrive, the Child Jesus

Germany has the most beautiful Christmas markets, but it is also home to one of the most original nurseries: the Weihnachtspyramide. It is a kind of multi-level carousel, the last of which is in motion thanks to the combustion principle. It is the candles placed on the first floor that generate a flow of hot air favourable to rotation. The largest of these pyramids can be found at the Dresden Christmas market, one of the oldest. Frohe Weihnachten!

In Europe's largest medieval square, Krakow, the most beautiful and original Polish crèches (szopka) are on display on the first Thursday in December. The szopka represent the Nativity located, not in front of a stable, but in front of a monument in Krakow. The precision in the details is impressive! These miniature buildings are also inhabited by characters from Polish culture. The szopka are walked from street to street accompanied by Christmas carols. An unmissable event if you are in Poland!

Provence, the most typical

The Provençal crib is a very detailed representation of a village in the South of France with all the parts of daily life: the bread oven, the water mill, domestic animals. And of course, in this charming village, we find the Nativity stable and all the characters who live there. It is in Grignan, in the Drôme provençale, that the largest crib in the world is located according to the Guinness book of records. On 1,116 m² you will be impressed by this incredible reproduction of the Nativity

It is in Italy that Saint Francis of Assisi is said to have invented the Christmas crib... It is therefore no surprise that our transalpine neighbours are the winners! The Neapolitan crib is a craft recognized throughout the world. Here, the santons are finely decorated by hand by artists who practice all year round. In the picturesque Via San Gregorio Armeno in the centre of Naples you can admire these little masterpieces, which often represent political or public figures dear to our time 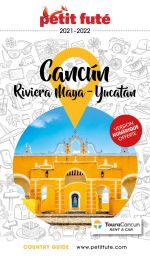 The discovery of wildlife is one of the musts of a trip when you are in love with nature and wide open spaces. ...