10 unrealistic landscapes that appear to come from another world

We have all followed with envy the exploits of our national astronaut, Thomas Pesquet.... If space is a dream, know that our good old planet Earth also has some pretty surprises in store for those who travel around it. Salt deserts, lakes with a thousand colours.... All these landscapes could be part of a science fiction film, yet they are very real! To make you dream, Petit Futé has found ten unrealistic sites that seem to come straight from another planet

Between Ethiopia and Yemen, the Socotra archipelago is the ideal alternative to a trip to Mars! Remained untouched for 6 million years, it is home to an intact biological heritage that is unique in the world. Classified as a "biosphere reserve" since 2003, the islands - 4 in total - are full of plants more than 20 million years old. More than 30% of the flora of the archipelago is endemic and very surprising!

Nestled between the Atacama Ocean Trench and the Andes Cordillera, the Atacama Desert in Chile is extremely arid. So much so that many international astronomical observatories have settled there: it is here, in particular, that NASA tested its small vehicles before sending them to explore Mars! The earth cracked by heat, the rocky expanses and the red sand give this desert an incomparable Martian look!

After the warm, place the cold… to the very cold! Skaftafell National Park is one of the most spectacular sites in Iceland. On more than 4,800 km 2 ice caps follow the Vatnajökull, the largest in the world. Yet this landscape is not completely immaculate! There are birch forests and impressive basaltic oranges that color the surrounding area. Did you dream of another world? Go to Iceland!

In northeastern Ethiopia is Dallol, a hydrothermal volcano unique in the world. As sumptuous as it is dangerous, Dallol, its sulphur fumes and lunatic geysers reject the human presence in its surroundings. This blistered dome covered with a 2,000 m thick layer of salt seems to have come from another world... Yet scientists argue that it would reflect our planet 3.5 billion years ago!

Located in Yellowstone Park in the United States, Grand Prismatic Spring is a hot, even hot water pool, since the temperature can reach 70°C! With a diameter of more than 100 m, it amazes visitors with its splendid colours, due to the presence of pigmented bacteria on the water's edges. It is the largest hot spring in the United States and the third largest in the world. A little bath?

In the far north of Sichuan stands an exceptional nature reserve: Huanglong. Lost at an altitude of more than 3,000 m, these splendid turquoise water basins descend along the yellow limestone to offer a soothing and almost lunar atmosphere to the place. Once you reach the top of the Huanglong Valley, you will discover the most sumptuous of the basins: the dragon's eye. The water changes from turquoise blue to emerald green in five different shades... It's magical!

Imagine, a scintillating cave of lights, totally buried underground? Impossible? No, under the North Island in New Zealand is the cave of Waitomo! This is the region's main attraction. Here, no need for flashlights because, like stars in the sky, colonies of luisant worms have taken possession of the places to make it totally fantastic! Caves shall be visited on foot, by boat or rafting: the experience is unforgettable.

Paris-Dakar enthusiasts will recognize it because it is here that the mythical race took place: Lake Retba is one of the most visited sites in Senegal. This 3 km2 lagoon, 35 km from Dakar, owes its sumptuous colour to a microorganism present in the water as a red pigment. Extremely salty, this lake is a delight for visitors who float without any problem during their swim! It is the country's largest salt resource

N°2 - The rio with a thousand colours

35 km south of Aracena, in Andalusia, the Riotinto mines (or coloured river) owe their name to the orange-red river that flows through them. It is by passing through this mining area that the water takes on this remarkable blood colour as it absorbs the minerals loaded with pyrite. This science fiction site can be visited aboard a real 19th century mining train, probably to convince us that we are on Earth... and not on Mars!

Located on the high plateaus of southwest Bolivia, at an altitude of 3,668 m, the Uyuni Salt Lake is the largest salt desert in the world. It was once part of a gigantic prehistoric lake before becoming this 12,500 km2 salt lake, the equivalent of two French departments. The immensity of the setting is fascinating and it is even possible to sleep in a hotel.... in salt too! 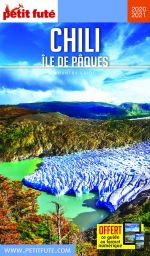 Top 10 extreme activities to do abroad!

You're an Indiana Jones adventurer and the holidays basking under the coconut palms, very little for you? Do you prefer ...

Les Déchaînés en Amérique: cycling across Latin America for a good cause

Julien, Baptiste and Constantin have been cycling across Latin America since the fall of 2019 to support multiple ...