Among the most impressive natural spectacles on earth, there is undoubtedly that of waterfalls and waterfalls. Faced with this powerful phenomenon, men feel immediately tiny. They are also amazed by so much splendour, between the water that sometimes flows from hundreds of metres above, the deafening noise and the beauty of the surrounding nature. To all those who have the opportunity to go to the foot of a waterfall during a trip, the time has come to open their eyes and ears wide and take out their cameras. And what's more, they can be found on every continent! Here are 10 of the most spectacular waterfalls/cascades in the world.

The Detian Falls are located at a border point between China and Vietnam. They are located in a beautiful karst region and offer a breathtaking panorama. They are 200 m wide and 40 m high. While some people take pleasure in boarding a boat to get as close to them as possible, others prefer to get higher to enjoy an incredible view of the waterfalls, the lush forest and the surrounding peaks. The water level is the most important in summer

In French Guiana, the Kaieteur falls remain unknown because they are quite isolated from the rest of the country. Yet they are impressive and of great beauty. Five times higher than the famous Niagara Falls, located in the middle of the jungle and on the Potaro River, they perform an impressive free fall from a height of 226 m! For all those who want to enjoy a moment close to these forces of nature, the roar of the water, the lush forest and the sounds emanating from the local wildlife form a whole that makes a lasting impression.

Impossible to make a top on the most impressive waterfalls and waterfalls in the world without mentioning those of Iguazú in Argentina. They are located in the province of Misiones, on the border with Brazil. There are no less than 275 waterfalls on the Argentinean side of the border, which are located next to each other and extend over a length of 3 km! They fall 80 m and the flow in litres of water per second is around six million. Around the falls, there is a superb tropical forest that shelters an exceptional fauna and more than 2,000 plant species. The whole area is protected by two national parks, one on the Argentinean side and one on the Brazilian side. Both are listed as UNESCO World Heritage Sites

Iceland is known for its beautiful scenery and waterfalls are one of them. The waterfall of Skógafoss is undoubtedly one of the most beautiful. It is located along the Skógá River. It is possible to photograph it from the bottom, in a misty atmosphere, but also to reach the top. On sunny days a rainbow can appear at any time. Around the waterfall, there are beautiful hikes waiting for walkers. An expedition to the Skógafoss waterfall is a moment of communion with nature that is a must in Iceland

The Jog Falls take place on the Sharavati River in India and are the second highest in the country with a height of 250m. There are four of them, named Rani, Raja, Rocket and Roarer. To contemplate and photograph them, visitors can reach an observation platform. The landscape offered is most harmonious, between the power of the water and the surrounding greenery. It is advisable to plan a trip to the Jog Falls during the monsoon season. It is indeed during this period that the show is most impressive

Classified as a UNESCO World Heritage Site since 1979, the Plitvice National Park is one of the most beautiful on the European continent. A sort of terrestrial paradise made up of virgin forest and where there are 16 lakes and no less than 98 waterfalls. There are several marked and developed trails to reach the park. Between the turquoise and translucent lakes, the waterfalls and the vegetation, the place offers a most bucolic moment. Hiking trails allow you to get as close as possible to the falls and you should not miss the limestone caves.

The Kuang Si waterfall is the most impressive waterfall in the Lang Prabang region with a height of 50 meters. At the foot of the large waterfall, the water flows into what forms a real natural swimming pool. The basins being limestone, the water is a turquoise blue to make you want to bathe for hours, in an enchanting climate. Around it, a luxuriant jungle takes place, with many animal and plant species to observe. The most authentic way to get to the Huang Si waterfall is to take a hike of about three hours, passing through ethnic villages and the heart of a preserved nature

8- The Falls of Multnomah, USA

To all those who wish to see one of the symbols of Oregon: the beautiful Multnomah Falls. They are about 20 miles east of Portland. Their peculiarity is that they are divided in two, with a first waterfall of 165 m and a second of 21 m. For beautiful panoramic views, do not hesitate to cross the Benson Bridge, a beautiful platform to marvel at this idyllic place. The lush vegetation is the other asset, with colours that change from season to season. You should also take advantage of a getaway in the area to hike along the Columbia River Gorge.

If going to see Salto Ángel, located in the Canaima National Park in Venezuela, is a special experience, it is simply because it is the highest waterfall in the world. It plunges into the void from a height of 979 m, of which 807 m is unobstructed! Its name is a nod to the aviator Jimmy Angel, who discovered it while flying over it in 1933. Getting there is a real adventure. After flying to Puerto Ordaz or Ciudad Bolívar to reach the park, guides take visitors to the foot of the falls in a dugout canoe. A little trekking is also necessary to reach the site, an experience that is sure to seduce adventurers

The Marmore waterfall is a three-level waterfall located not far from Terni and the highest in Europe! It was artificially created by the Romans in 271 A.D. Formed by the waters of the river Velino which plunge into the Nera, it is surrounded by beautiful Mediterranean vegetation which adds to the charm of the place. There are several trekking paths to take to enjoy the waterfalls, but also to marvel at the local flora and fauna. It is also a landscape suitable for sporting activities, with the possibility of kayaking or rafting. 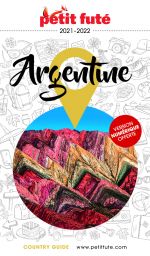 Airports welcome millions of visitors and can be found all over the world. Yet we don't always pay attention to their ... Read the article

One thing's for sure, a good book is a perfect prelude to escape. An ideal travel companion is also, when you can't ... Read the article