From the vast arid spaces of the south to the tropical forests of the north, Madagasikara as it is called here, offers an infinite palette of colours and adventures. Eighteen culturally very different peoples populate this island, which is the size of France and Belgium combined, revealing its history and influences from Asia, Europe and Africa. However, they all share their communicative smiles, their appreciation of a life at the Mora Mora rhythm, very slowly, and the importance of the present moment. And what a moment! At the back of a taxi, on a zebus cart or sliding on the water in the hollow of a pirogue, the red island will never cease to amaze you. Antananarivo or "Tana" the capital, is the heart of the country and the beginning of the journey. To the east, the tropical forests of Andasibe are home to a multitude of chameleons and lemurs, including the Indri indri, the largest of all. To the west, the century-old baobabs and Tsingy are timeless symbols of the most beautiful things nature has to offer. In the south, from Tulear to Fort Dauphin, vegetation is rare and life is becoming harsher, only nomadic fishermen and Antandroy villages have been able to adapt to extreme conditions, while in the north, Diego the indolent takes advantage of intense heat to wear orange and red colours that rival the blue of the ocean. On either side of the Big Island, the paradisiacal islands of Sainte-Marie and Nosy Be are timeless escapades where you will encounter many whales and whale sharks that linger there several months a year.

The must-see places in Madagascar

When to go to Madagascar?

Enjoying pleasant temperatures all year round, Madagascar can be visited 365 days a year.

July and August are the tourist period par excellence. Airlines are then very busy, and fares are higher. If you are travelling at this time of year, it is advisable to book your return flight and domestic air travel as soon as possible. For accommodation, even if there is unfortunately not a lot of people these days, a reservation by e-mail or phone is preferable if you want to leave in complete serenity. October, the first fortnight of November (other customers), the end of year holidays and Easter holidays constitute the other pole of the tourist season.

The off-peak periods, on the other hand, can be summarized as February, and from late May to early July. In January, February and March, many travel agencies take the opportunity to review their equipment and some hotels close.

The off-season. The months of April, May, September, October and November are sought after because it is the dry period, and air fares correspond to the low season

Given the configuration of the island, which is quite large in latitude, several climates coexist in Madagascar, with more water in the east and more arid in the west. The north and south enjoy a dry and warm climate all year round.

From November to March, it is the southern summer or "rainy season", especially on the east coast. From the end of December to the end of February, cyclones.

From April to October it is the southern winter or "dry season". It is also the season for whales and whale sharks.

Magadascar uses Ariary (MGA or Ar). The standard of living in Madagascar is very low. An adventurer will spend little money on the Big Island; however, if you don't watch your budget, you will be surprised at what you will ultimately spend: excursions, some hotels, and park entry are not cheap. Similarly, tourist places such as Nosy Be offer European rates.

Foreigners visiting Madagascar on a tourist visit must be in possession of a valid passport for at least 6 months at the time of their entry into the country. In addition to the passport, an entry visa is required. The tourist visa with single entry is issued either by the Malagasy diplomatic missions or consular offices at the airport, against payment of the corresponding fee: in summer 2017, it is €25 for 1 month (or less) of stay, €32 for 2 months and €42 for 3 months.

Madagascar has a health status that cannot be compared to that of a developed country. In the event of a major or even minor problem, it is important to consider repatriation as soon as possible. In general, however, protect yourself from mosquitoes and avoid tap water, and everything should be fine.

Diseases and vaccines. No vaccine is required except for the update of the DT-polio. Recommended: hepatitis A and B, typhoid fever. Some doctors may offer you the rabies vaccine.

How to go to Madagascar? Our advice & tips

Many travellers offer excursions to Madagascar, either themed (hiking, river trips, animals, culture) or by geographical area (Tana and its surroundings, Diego and the northern tip, from Tana to Tuléar by the RN7). Impossible to see everything at once, unless you stay there for 6 months, and again.

The adventurer will be able to travel alone in a bush taxi on most of the island. However, the journeys are very long, dented and in total promiscuity. However, they are the perfect opportunity to meet new people and observe the daily life of Malagasy people. However, it is advisable in some areas to use a car with a driver for safety or road traffic reasons. Always report your movements.

Overall, all journeys are possible in Madagascar, it will be enough to be patient. Malagasy roads are poorly maintained, dangerous and there is no signage, so very few agencies will agree to rent you a car without a driver. Often your driver will also be your guide and will allow a real exchange with the inhabitants. This is the most popular way to travel in the country. Luxury" bush taxis travel the territory and are a good compromise between time and cost.

Prepare for your trip Madagascar

The country Sakalava: between Tsingy and Baobabs

Road trip on the RN7 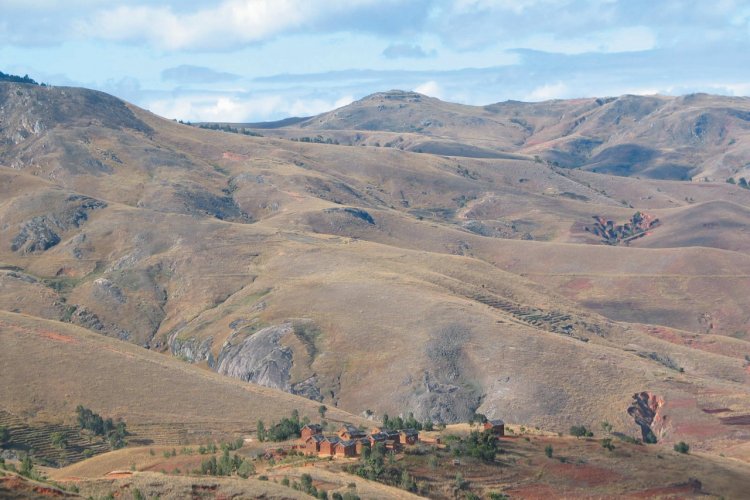 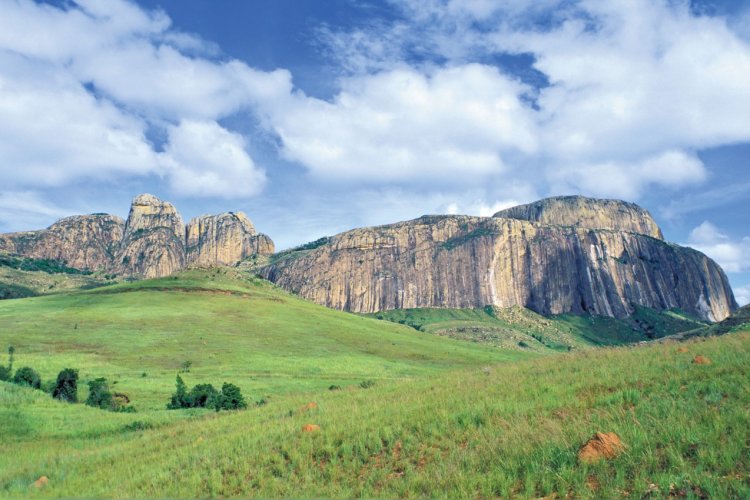 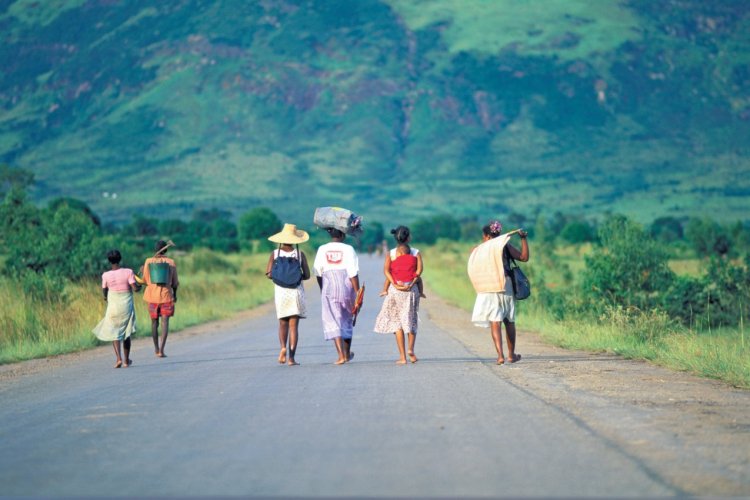 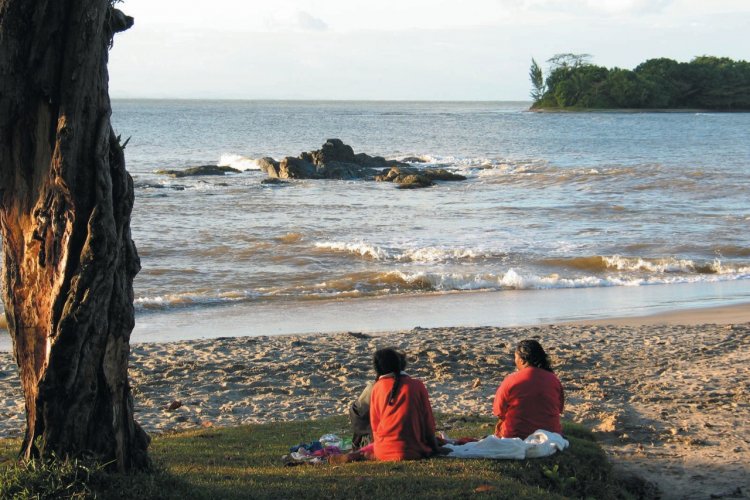 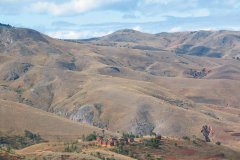 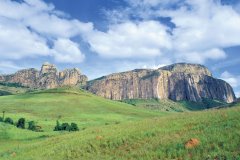 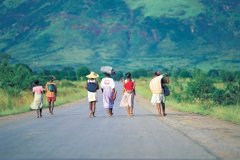 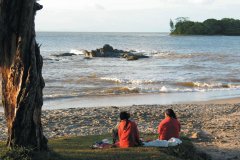 Enjoying pleasant temperatures all year round, Madagascar can be visited 365 days a year.

July and Aug...
Read more about it

Given the configuration of the island, which is quite large in latitude, several climates coexist in Madagascar, with...
Read more about it

Magadascar uses Ariary (MGA or Ar). The standard of living in Madagascar is very low. An adventurer will spend little...
Read more about it

Foreigners visiting Madagascar on a tourist visit must be in possession of a valid passport for at least 6 months at...
Read more about it

Madagascar has a health status that cannot be compared to that of a developed country. In the event of a major or eve...
Read more about it

The adventurer will be able to travel alone in a bush taxi on most of the island. However, the journeys are very long...
Read more about it

Many travellers offer excursions to Madagascar, either themed (hiking, river trips, animals, culture) or by geographi...
Read more about it

Overall, all journeys are possible in Madagascar, it will be enough to be patient. Malagasy roads are poorly maintai...
Read more about it

You may remember the first edition of the unusual dinners? Marseille Provence Gastronomie is renewing the adventure in July 2021! This time, 20 Provencal and international chefs will orchestrate these events where gastronomy will be honoured. The idea is simple: to highlight the departmental heritage and above all, to give participants a good time. On Saturday, July 3, from 7:30 pm to 10:40 pm, the chef Lalaina Ravelomanana is the guest of ...

In the year 2020, more than four tons of sturgeon were distributed to school canteens and orphanages in Madagascar. The authors of this initiative? Rova Caviar Madagascar, which offers caviar of excellence in the village ofAmbatolaona. Since 2009, they have been committed to protecting the environment and biodiversity: the first step was the creation of an environmental permit, including specifications for clean water measures. This year, ...

If you know the city ofAntsirabe, you have inevitably come across rickshaws or cyclos-pousses. They are the most practical way to get around the city! The Crown Athletics Club, chaired by Yann Mayette, is particularly attentive to the drivers of these rickshaws since many of them train in his club. "The drivers, who are real athletes, have difficult living and working conditions. They don't own their vehicles, they rent them by the week or ...