This small country in the Middle East is unique. Unlikely as a miracle. A country message said John Paul II. A beautiful, fertile and threatened refuge, fragile but still rising from its ashes, bristling with cedars in the mountains, cranes in the cities, skyscrapers in Beirut. A link between East and West, a border between Syria and Israel, Lebanon creates a link but has suffered from its position in the heart of a powder magazine. A mosaic of religions and populations, the land of cedar, a narrow tongue of land, 250 km long and 25 to 60 km wide, is admirable for its beauty and variety of landscapes. If it opens again to tourism, it keeps the traces of the war with its buildings ripped open in each district. Beirut's new buildings are beautiful and some historic monuments have withstood the bombardments. You should also see Tripoli, cross the fertile plains, climb into the mountains and visit the ancient sites of Byblos, monasteries and churches of different faiths, Orthodox, Maronites.... In this respect, the Qadisha Valley is a must. To the north of Mount Lebanon, this holy valley shelters monasteries from the beginning of Christianity and numerous hermitages. A natural gem, Qadisha is particularly appreciated by hikers. Lebanon also invites you to enjoy the beach and crazy festive nights and even, in winter, to ski down the slopes. The Lebanese cultural and religious life, particularly rich, also offers beautiful moments. Finally, the divine Lebanese cuisine adds to the pleasure of the trip.

What to visit Lebanon?

When to go to Lebanon?

With more than 300 days of sunshine per year, Lebanon is welcoming all year round. However, the best time (pleasant climate and low hotel rates) is spring and autumn. The high tourist season in Lebanon corresponds to the major religious festivals and summer holidays with the return of Lebanese expatriates, and the summer that attracts tourists from the Gulf countries and the region (early June/late September). The low season is from January to March. This is the period when the weather is the least pleasant. It is also the skiing season

Winter. The winter season is a contrasting one. Temperatures are never polar (in the mountains, however, the climate is harsh). Beautiful days are frequent between two or three days of rain. Bad weather (rain on the coast and snow in the mountains) never lasts very long. Snowfall persists on average from January to April

Spring. The ideal time to visit Lebanon is spring: the climate is mild, nature is resplendent, the tourist sites are not crowded. A few short sandy winds, however.

Summer. It is the period of very hot weather. It almost never rains. The humidity level is particularly high on the coast. Fortunately, the mountain offers a refreshing setting. It is the season of festivals, lively evenings on the private beaches of the coast.

Autumn. With spring, autumn is a good time to discover Lebanon. The hot summer weather has passed and the first rains do not come until the end of November. The climate is mild, ideal for hiking.

In Lebanon, given the geographical diversity, the climate varies considerably from one region to another. The climate is Mediterranean, mild to hot and humid on the coast (24/31°C), semi-arid in the mountains, desert in Anti-Lebanon, continental in the Bekaa plain. The desert Khamsin blows briefly in March. In the mountains, temperatures vary from 20°C in summer to -3°C in winter with heavy snowfall

The currency is the Lebanese pound (LL). Large amounts, such as hotel nights, are often paid in dollars. They can be obtained from many vending machines. Lebanon is not a cheap destination. This destination is relatively expensive compared to its neighbours. It is the housing that will add the most to your budget. You can always eat at a low cost. However, it is now possible to find some pensions at affordable prices.

The visa is free for a period of one month for European nationals. It is issued on arrival at Beirut airport on presentation of a valid passport valid for at least 6 months. Please note: you will not be able to enter Lebanon if an Israeli visa is on your passport. Be prepared in advance if you plan to schedule this destination

No vaccination is mandatory but some vaccinations are recommended. Make sure you are up to date with your vaccinations. Health care facilities in Lebanon systematically check the solvency of their patients before undertaking any care. In order to cover the costs of hospitalisation and sometimes very high health expenses abroad, it is highly recommended to have an assistance contract or insurance to ensure your medical repatriation.

How to go to Lebanon? Our advice & tips

Lebanon is a crossroads of civilizations between East and West, and is a cultural mosaic. The offers for the destination are therefore mainly accompanied "discovery" tours. It should be noted, however, that the political situation in the country and events are causing some tour operators and travel agencies to suspend their offers for this destination. Do not hesitate to contact these specialists directly for more information.

It is possible to organize a stay and a tour alone in Lebanon. However, you should consider the context and find out about the situation before planning your trip. On site, of course, avoid areas of vigilance. But you will not feel especially threatened and the Lebanese will generally help you kindly to find your way if necessary. Remember that Palestinian camps are prohibited to foreigners by the Lebanese authorities.

Several bus companies connect the major Lebanese cities. However, bus tourism requires time and resourcefulness, but it is very economical and user-friendly. In Beirut, numbered buses operate every day from about 5:30 am to 9 pm. In addition, there is a large network of minivans covering the various districts of Beirut and providing links with the main Lebanese cities

Prepare for your trip Lebanon

One week in Beirut 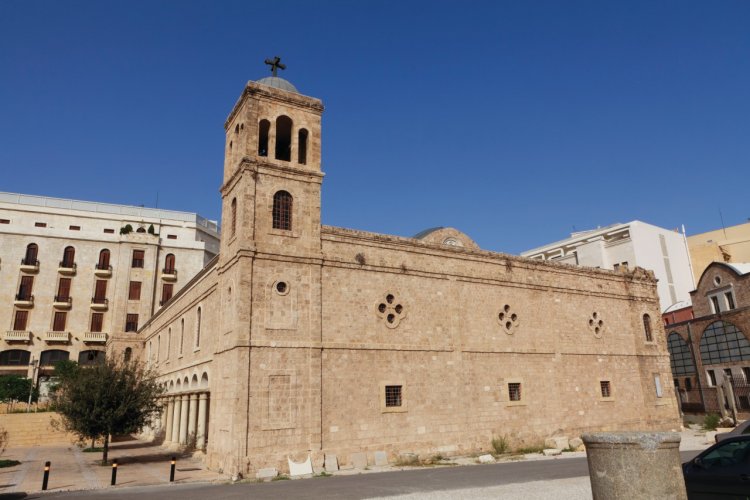 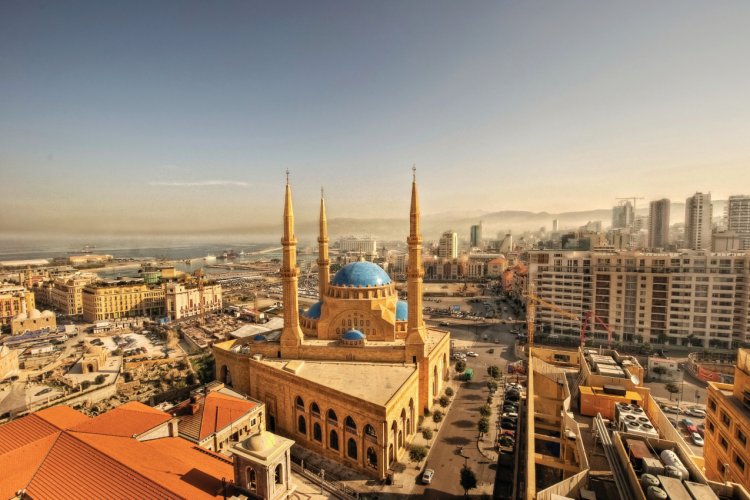 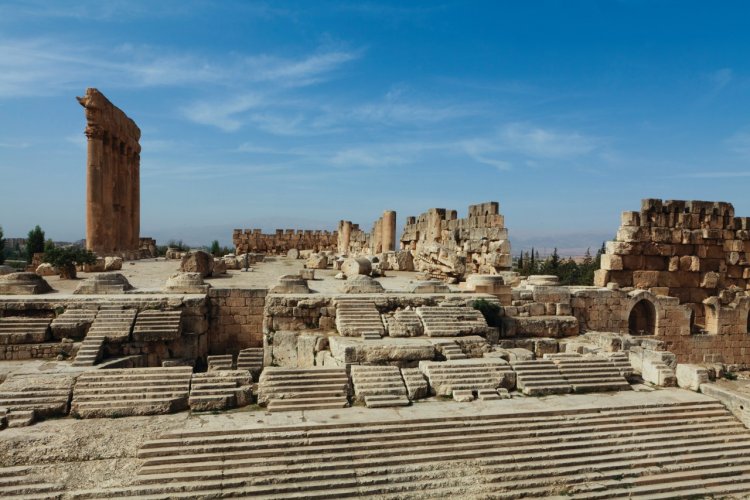 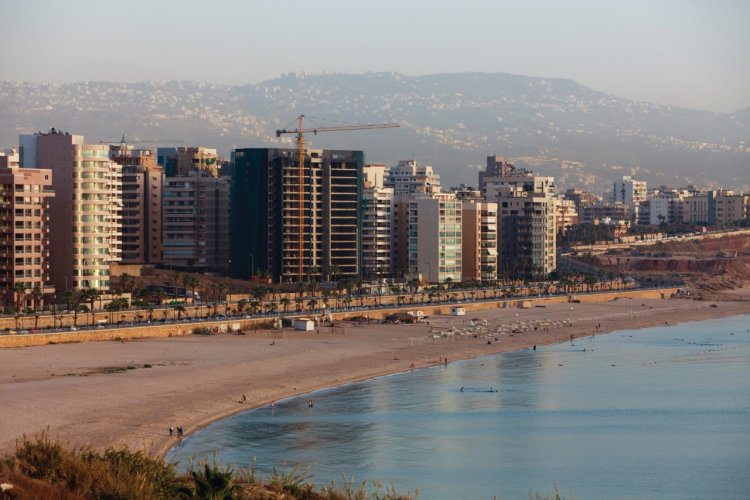 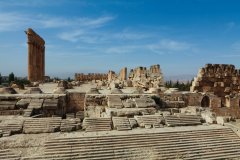 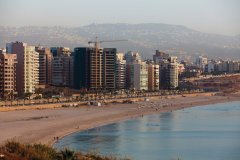 With more than 300 days of sunshine per year, Lebanon is welcoming all year round. However, the best time (pleasant c...
Read more about it

In Lebanon, given the geographical diversity, the climate varies considerably from one region to another. The climate...
Read more about it

The currency is the Lebanese pound (LL). Large amounts, such as hotel nights, are often paid in dollars. They can be...
Read more about it

The visa is free for a period of one month for European nationals. It is issued on arrival at Beirut airport on prese...
Read more about it

No vaccination is mandatory but some vaccinations are recommended. Make sure you are up to date with your vaccination...
Read more about it

It is possible to organize a stay and a tour alone in Lebanon. However, you should consider the context and find out...
Read more about it

Lebanon is a crossroads of civilizations between East and West, and is a cultural mosaic. The offers for the destinat...
Read more about it

Several bus companies connect the major Lebanese cities. However, bus tourism requires time and resourcefulness, but...
Read more about it

Our selection of vegetarian culinary specialities from around the world

From India to Italy to Greece, many countries have vegetarian dishes among their culinary specialities. These succulent dishes can be a source of inspiration for budding cooks, while waiting to enjoy them on the spot (no one doubts your cooking skills, but... eating a parmigiana in Italy or a dal in India is priceless!) Petit Futé offers you its selection of vegetarian culinary specialties from around the world Dahl in IndiaWhether with ...

L'Odyssée de Jean Malak, the new book by Nabil Mallat published by "Ecritures", takes us to Lebanon, to Byblos, the cradle of the alphabet. Jean Malak, the protagonist, takes part in an excavation and discovers, in the company of a young archaeologist, a gold ring that could well be used to change the history of his country. At the same time, the former Lebanese Prime Minister is assassinated and Jean quickly understands that the past does ...

10 destinations for a culinary journey

We all have our favorite Lebanese, around the corner. Or our super Italian who makes pizza as good as in Naples! Gourmets and gourmets have understood it, to awaken their taste buds, nothing better than tasting the world's specialties! For a successful stay, it is ideal to combine the guesthouse pleasures with the joys of discovery. From Lebanon to Italy, Petit Futé offers its 10 favorite destinations for a culinary trip! # 10 - Spain, ...