Going on holiday in Europe while keeping your budget under control? It is quite possible. Of course, to go on holiday without breaking the bank, you can use flight comparisons and book your accommodation in advance, but it is also interesting to find out what the local prices are: for restaurants, leisure activities or even car hire. There is no doubt that as soon as the health situation is more favourable to travel without question, many travellers will want to discover new European countries, and pleasantly surprised, some countries have a standard of living that allows you to enjoy yourself without breaking the bank

For architecture lovers, Romania is an exceptional destination and one of the cheapest in Europe. There are many castles, palaces and monasteries. For the latter, it is difficult not to fall in love with the ornate walls of the Sihla monastery or those of Bucovina. You can also stroll through the streets of Bucharest to observe the transformation of the city in recent years, as well as see the few architectural traces of the communist era. For the more intimate towns, head for Sibiu and its colourful facades with a medieval atmosphere. As for nature, Romania also has some nice surprises in store, such as the possibility of hiking in the Transylvanian Alps

Nestled between Romania and Ukraine, Moldova is a country you don't hear much about, but it's worth a visit. And what's more, it's cheap! Chisinau, the capital, is a very pleasant city, green and with many lakes nearby for swimming in summer. Stefan Cel Mare Avenue is one of the most emblematic of the city with its shops, markets and restaurants. It's all there for you to enjoy yourself and have a good time. Only a few hours away, Orhei Vechi is a beautiful area, with the remains of ancient towns and villages, but also hills and forests. The views are breathtaking. In Moldova, the monasteries and rural landscapes of Gagauzia in the south of the country are other must-sees

Let's stay in the eastern part of Europe, since this is where the destinations are the least expensive, and let's put our bags down to discover the charms of Hungary. A trip often includes a visit to the capital, Budapest. And when we know the beauty of its monuments, we can only encourage you to do so. The Chain Bridge, the Parliament and the Great Synagogue are must-sees. Radical change of atmosphere with a trip on another day towards Hollókő, a typical Hungarian village classified as a UNESCO World Heritage Site. During the trip, one can also take the opportunity to stroll and admire the animals in the Hortobágy National Park, before hitting the road and heading to the Tokaj wine region, especially to taste the Tokay wine.

What a sweet journey that takes place in Slovakia. There are many small historic towns where it is good to stroll for hours and simply open your eyes wide. Let's mention Bojnice and its medieval charm, Trnava, its baroque style and its religious moments as well as Bardejov and its traditional atmosphere. One of the most important Slovakian fortified sites, the ruins of Spiš Castle cannot leave anyone indifferent, due to their exceptional location on top of a rocky hill. Slovakia is also a great place for nature lovers, and how can we not mention the Paradise National Park with its caves, lakes, forests and waterfalls? And before finishing with the beautiful monuments of the capital Bratislava, a trip to the Tatras, a mountain range located in the Carpathians, promises unforgettable panoramas!

Known as an affordable destination in Europe, Poland is a sublime country for lovers of characterful cities, history and nature. Lods, a cultural city, has incredible architecture and a stroll down the street of Piotrkowska has something unique. Gdansk and its port are another stop to add to the trip, for the beauty of its facades and the pleasure of taking a boat ride. Of course, the old town of Warsaw, a panorama of the splendid Krakow are undoubtedly among the unmissable. Not forgetting the city of Malbork with its formidable medieval castle ruins. Nature is also a strong asset in Poland. You will soon realise this when you stroll through the Ojcow National Park, where the limestone cliffs, caves and dense forests are a sight to behold

The Czech Republic is a destination that attracts many Europeans who come to take advantage of its architectural splendor, its surprising nature and its standard of living that allows them to enjoy themselves for a weekend or a vacation. The capital city of Prague is no longer in the limelight, as many visitors from all over the world come to admire its many monuments and learn about its tumultuous history. Other cities of interest are Český Krumlov, where the architecture mixes Baroque, Renaissance and Gothic, and Karlovy Vary, a spa town surrounded by lush green countryside. Other experiences in the Czech Republic include the Mikulov wine route, the discovery of Czech Switzerland and a walk in the heart of the Šumava National Park, classified as a biosphere reserve by UNESCO.

Latvia is a low-cost country in northern Europe and a destination that is still unknown. However, it is synonymous with a stay that leaves its mark. You can start by taking an interest in the country's history by visiting Turaida, with its pretty village overlooking the Gauja River and its magnificent brick castle. This is also where you will find one of the oldest wooden churches in the country. For a breath of fresh sea air, head for the Baltic Sea coast and Liepaja, perfect for relaxing and lounging in summer, or Ventspils, a city of art and sport. If you like water sports in the summer, you can spend some time at Lake Razna. Later on, you can cross the peat bog of the Kemeri National Park and marvel at the pine trees and the natural pools with clear water. Finally, you can't leave Latvia without visiting the capital Riga, a bustling and attractive city

For a Mediterranean trip without breaking the bank, we recommend Sardinia, an Italian island that is less well known than Sicily, but which nevertheless has a multitude of must-see places. We go there for the history and to see the incredible nuraghes, stone constructions in the shape of a beehive and which date from the Bronze Age. There are 7,000 of them on the island. After passing through the capital city of Cagliari and enjoying a superb view of the gulf, you can once again indulge in some architecture by visiting the Roman remains at Tharros or Nora. Of course, spending a holiday in Sardinia is also a great opportunity to spend time at the beach and swimming, as soon as the sun heats up. The beaches of Costa Smeralda, Li Coggi, but also those near Cala Gonone promise moments of enjoying some of the most beautiful sea views in the Mediterranean

A Balkan country, Bulgaria has many treasures. Starting with its capital Sofia. It is home to incredible monuments such as the Alexander Nevski Cathedral and the Saint George Rotunda. It also has fascinating art and history museums and a district where it is good to get lost, that of Boyana. Plovdiv, the country's second largest city, is also fascinating, with its medieval old town and interesting cultural offer. Bulgaria also allows you to go along the charming seaside resorts of the Black Sea, such as Varna, and to sunbathe in summer. For hikers, the Pirin National Park is perfect with its lakes, pine forests and waterfalls. And how could you not want to relax by going to a thermal spring, such as Sandanski. Bulgaria has over 5,000 thermal springs!

Let's end this tour of Europe's budget countries with another country that deserves to be known and visited: Lithuania. First of all, its capital Vilnius is a charming city to explore. It is easy to get around on foot and is known as the Baroque Pearl of the Baltic. Nearby, to the west, is the beautiful Trakai Castle, which sits on an island in the middle of Lake Galvé and hosts many events in the summer. For those who want authenticity, the city of Kaunas offers typical Baltic architecture. Churches, beautiful residences, it is another urban stage to add to its program. Lithuania is also the mysterious Žemaitija National Park, with its dense forests and lakes, or the coast of the Baltic Sea where the water remains cold but the landscapes are sublime. 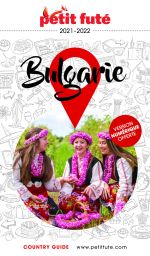 On the abandoned beach, shells and crustaceans.... Are you already thinking about your future swimsuit? We understand ...

To travel, it is not necessary to roll in gold. Backpackers or itinerant travellers know this very well, apart from air ...

In the heart of Balkan Europe, Bulgaria is a natural crossroads between East and West. From this geographical position, ...