Albania is not the best known country for travellers, yet it is full of attractions for all those who love history, architectural heritage and nature. From its capital, Tirana, one travels through a territory mainly made up of mountains and forests, and then stops in charming little historical cities whose monuments never cease to amaze and make one want to learn more about this hidden pearl of Europe. The 300 km of coastline along the Adriatic Sea also makes it a great place to sunbathe in the summer. Great lakes, sunny coastline, splendid nature and authentic common charm, Albania is a little-known treasure nestled in the heart of the Balkans and here are the must-sees. 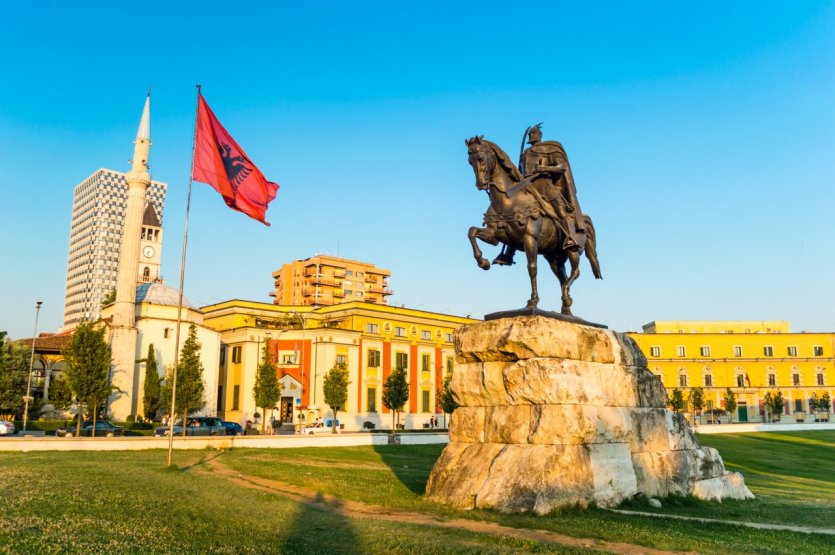 A visit to the capital Tirana

Tirana is a cosmopolitan city in which it is good to stroll to discover its main monuments: the Catholic cathedral, the Orthodox church and the Et'hem Bey mosque, emblematic of Ottoman architecture. Then, later on, you should head for the Blok district, the trendy neighbourhood of a city that is constantly opening up to the outside world. This is where you will discover the youthfulness of the bars, restaurants and shops. It is also a nice place for Street Art lovers. To do your market and enjoy good products in a place with modern architecture, go to the covered market of Tirana, a place always alive and with multiple colors and scents. Finally, it is impossible to visit Tirana without taking an interest in its tumultuous history. This is where a visit to Bunk'Art 1 and 2 is a must. These former underground bunkers transformed into museums tell the modern history of the country, with the dictatorship of Enver Hoxha in the 70s and also the role of the political police during this dark period. 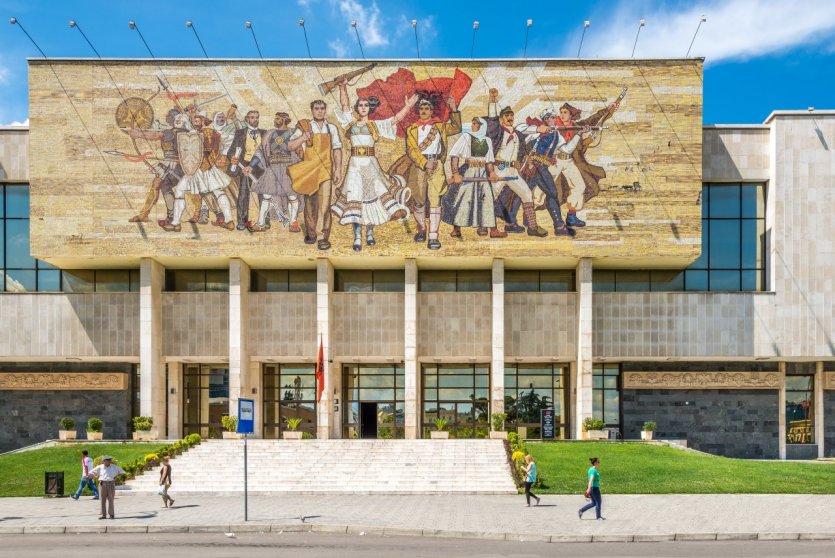 A getaway in Berat

Berat is another city to join on a trip to Albania. It is located in the south of the country and is one of the oldest towns in the country. The town lies on either side of the river Osum, on a hillside, and is notable for its many traditional Ottoman houses with a large number of windows. This has earned it the nickname "city of a thousand windows". From the Muslim quarter Mangalem located on the right bank, where there are beautiful mosques, one passes on the left bank to get lost in the Christian quarter of Gorica. Another unmissable trip is an expedition to the fortress. In addition to the splendour of the place and its historical interest, there is a superb panorama of the city and nature that stretches as far as the eye can see. With all these elements, it is no wonder that Berat is a UNESCO World Heritage Site. 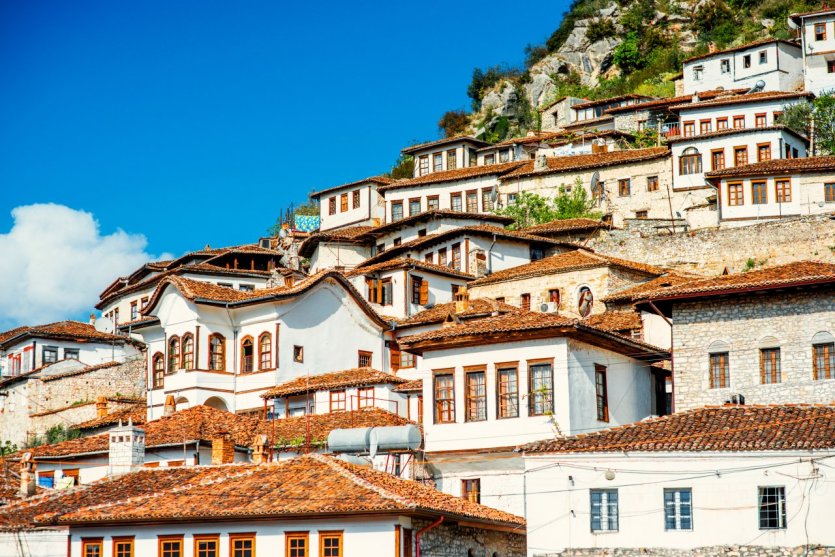 Go to the site of Butrint

It is still in the southern part of Albania that we find the archaeological site of Butrint, which was founded by the Greeks and then inhabited by a multitude of other civilizations before being abandoned in the Middle Ages. The beauty of the Roman theatre and the many other remains of the Byzantine, Venetian and Greek civilizations are surprising. Beyond the beauty of the ruins, the site attracts visitors because of the beauty of the nature that surrounds it. There are many plants including eucalyptus, olive trees and laurel trees. In the summer, it is pleasant to walk around the site and then stop for a few moments in the shade of a tree. This incredible site is also a UNESCO World Heritage Site. 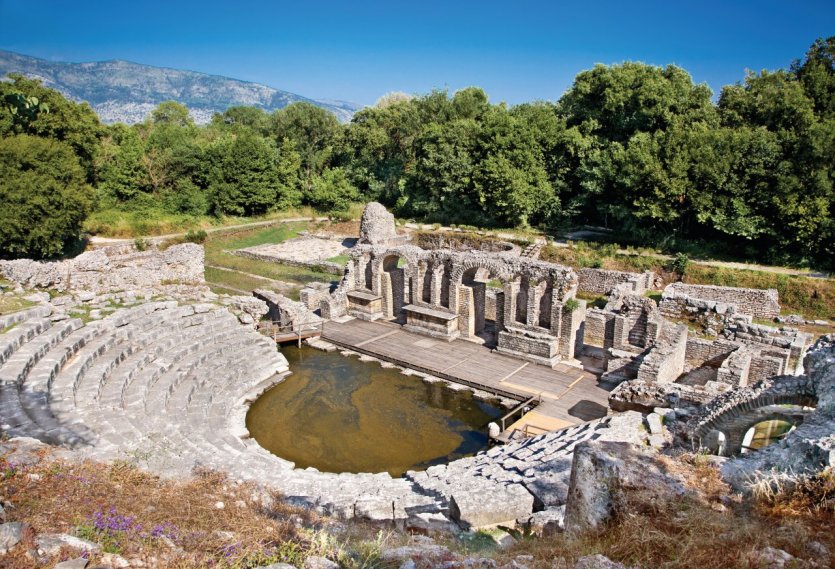 Travel through the Albanian Riviera

The Albanian Riviera offers a beautiful journey of about 100 kilometres between the towns of Vlorë and Saranda. This is where it is good to take the car in spring and summer and drive along the coast to observe the mountains and steep cliffs that flow into the Adriatic Sea with its various bluish reflections. There are a multitude of small seaside resorts and traditional villages with a lot of charm, which for the time being escape from mass tourism. For swimming, it is done in superb creeks with crystal clear waters and on white sand beaches such as Gjipe Beach, a true paradise on Earth located away from the eyes and the hustle and bustle of the cities. For hiking, you should also not miss the forests of the Llogara National Park. 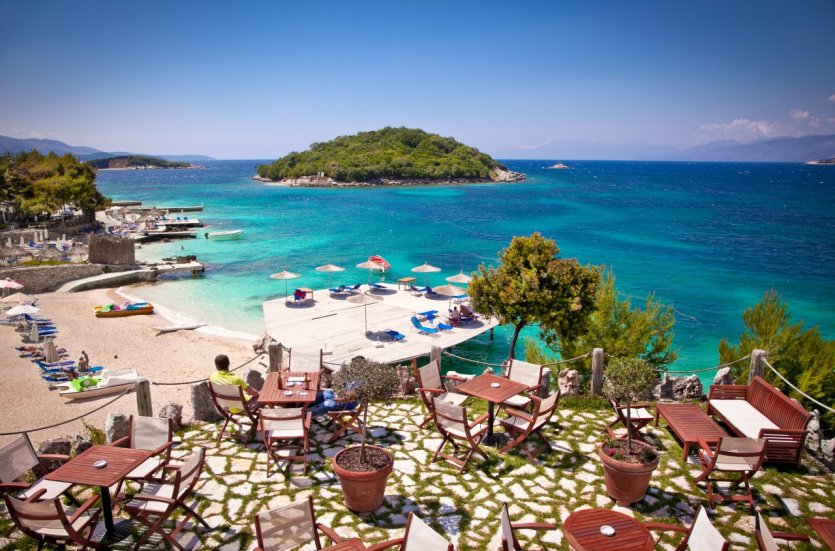 Like Berat, Gjirokastër is an exceptional municipality with a certain character, also a UNESCO World Heritage Site. It is a lively and steep city where it is good to stroll through the streets and cobbled alleys with medieval charm. The traditional architecture of the houses in the historic centre is definitely worth a look, and you will marvel at the sometimes white, sometimes yellow and stone-covered facades. They have a crazy charm and the homogeneity of a large part of them is disturbing. Later, one must reach the castle of Gjirokastër, which houses various collections and is quite simply the second largest in the Balkans. It is also in this magnificent city that we find the birth house of the dictator Enver Hoxha, which has been transformed into an ethnographic museum and is a delight for history lovers. 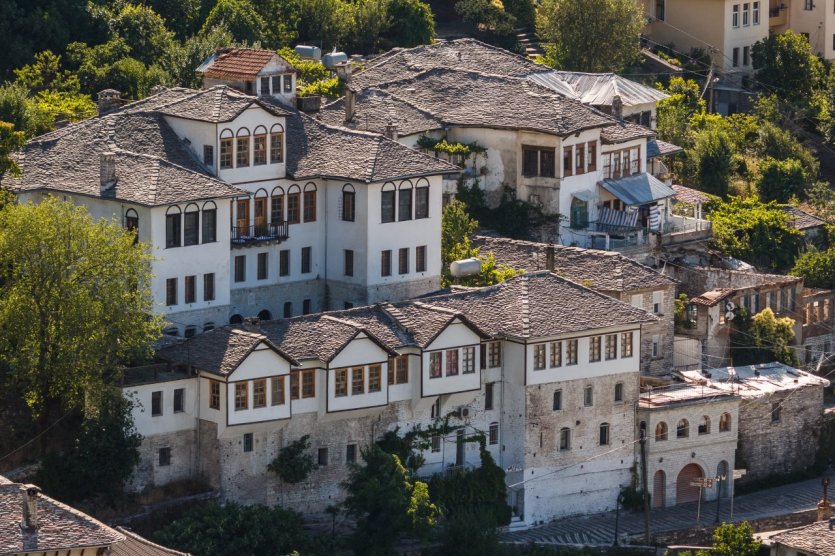 Shopping in the bazaar of Korça

Here is an unusual experience to live in Albania, that of wandering around the lively bazaar of Korça. It is the most Francophile of the Albanian cities since it was placed under French administration during the First World War. It is sometimes called the "Little Paris". There are many exciting museums, including one of archaeology and beautiful places of worship, such as the Mirahori Mosque and the Cathedral of the Resurrection of Christ. The moment not to be missed under any pretext is the one that leads the curious to the heart of the alleys where the famous bazaar takes place, multiple picturesque stalls where you can find absolutely everything in a good-natured and relaxed atmosphere 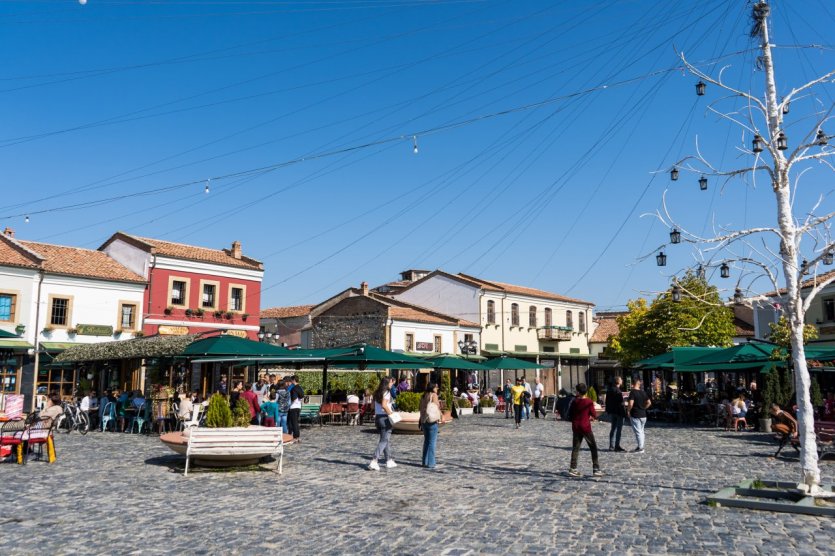 Moscopole (Voskopojë) is an Albanian city a little far from everything, a kind of small paradise lost in the heart of the mountains. Situated 18 kilometres from the town of Korça, you have to climb winding roads to reach it, sometimes with dirt roads. But this journey is worth the detour, for its cobbled streets, sculpted fountains and authentic old houses. The other interest is the very large number of religious buildings, multiple churches and in particular a monastery that houses incredible frescoes. Finally, one should not miss to go and photograph the Shën Premte bridge and the Kovaçi bridge, two constructions which are now listed monuments. 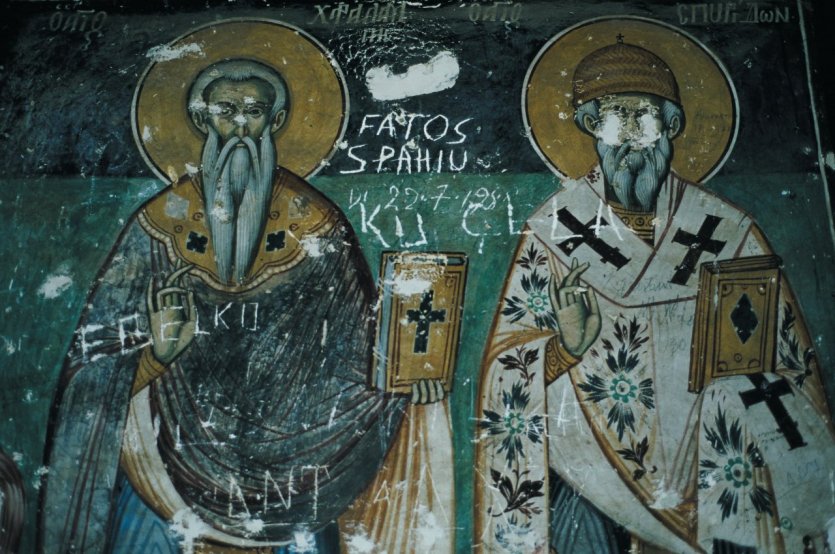 Relaxing by the Ohrid lake

Lake Ohrid is 30 km long and 15 km wide. It is one of the oldest lakes in the world and is located on the Albanian-Macedonian border. Its waters are crystal clear, ideal for diving enthusiasts, and it is also home to some endemic species. On the Albanian side, the town of Pogradec is located on its shores, a perfect spot to sit on the terrace of a restaurant and enjoy a dish of freshly caught fish. There are also charming little colourful boats and several beaches are equipped to receive the public. The place is of course very pleasant in the summer to enjoy the sun and it has kept its tranquility to offer a real relaxing setting 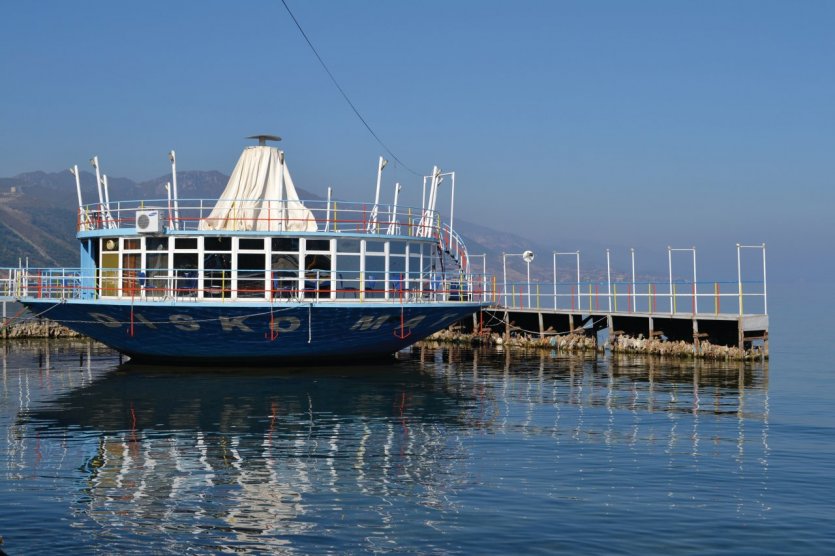 A hike in the Dajti National Park

Situated only 25 km from the centre of Tirana, the national park is a must stop to make the link between nature and breathtaking panoramas. Once you have taken the cable car, you find yourself at an altitude of 1,200 m and you can start by stopping at one of the restaurants. Then you can continue with a digestive hike through the national park, with many trails leading into the heart of the forest. For the more courageous, and the experience is highly recommended, you should not hesitate to climb to the top of Mount Dajti. Once there, one can enjoy a view of the Albanian capital, the Dajti Park and its reliefs, the lake of Bovilla and when the weather is clear, the sea in the distance 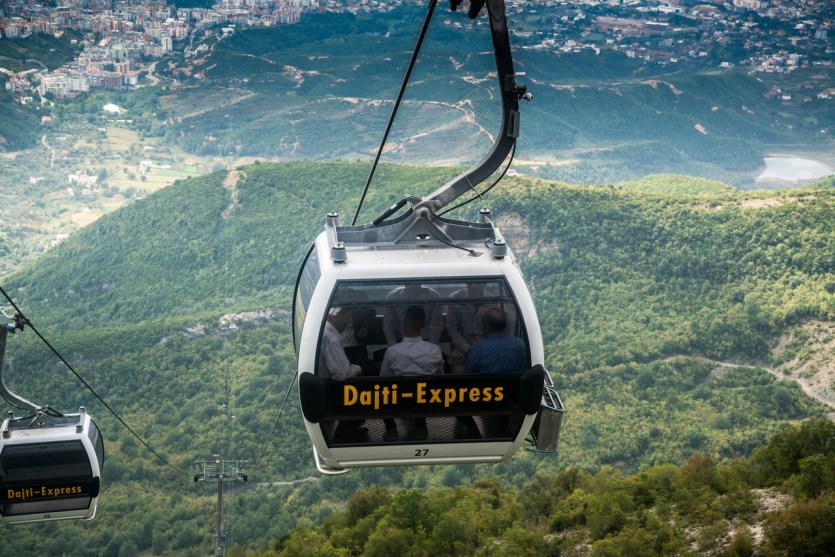 Visit the ancient site of Apollonia of Illyria

The site of Apollonia of Illyria is an ancient Greek city located near the village of Pojani and was founded by Corinthians in 588 BC. For lovers of history and ancient architecture, it is a real treasure since the city named after the god Apollo reveals ruins that are still superb and allow one to quickly realize their past splendor. We can see a temple, so the facade is still standing, an obelisk and an odeon. One can also contemplate the foundations of structures such as a gymnasium and a house. In addition to the splendour of the Greco-Latin ruins of the largest archaeological park in Albania, its exceptional location in the middle of hills with beautiful views is worth noting 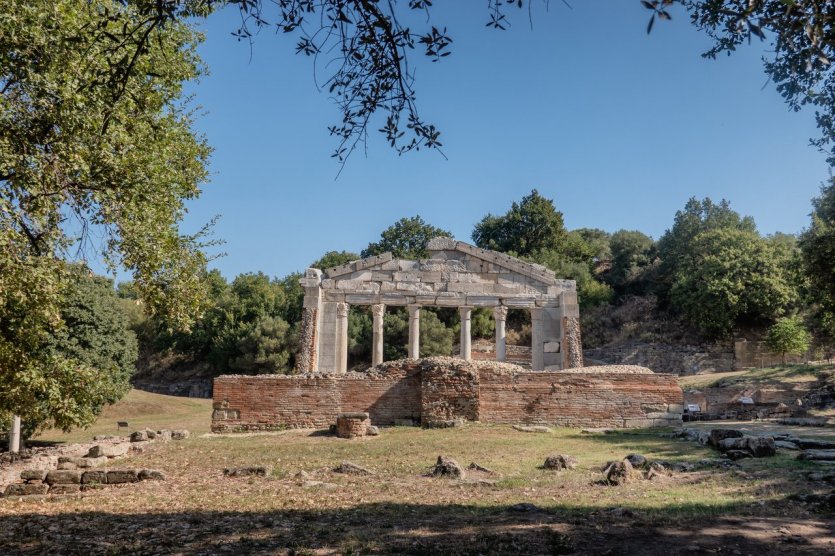 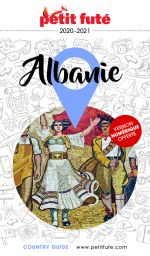 The best destinations for backpackers in Europe

To travel happy, travel light! There is nothing more cumbersome than a suitcase full of useless objects and clothes, so ...

On the abandoned beach, shells and crustaceans.... Are you already thinking about your future swimsuit? We understand ...
Read the article

Where to leave without ...

Whether it's to reduce our carbon footprint or out of fear, we all have a good reason for wanting to avoid getting on a ...
Read the article