This Mediterranean destination, within the Balkans, is not well known. Yet what a gem! In northern Greece, facing the heel of the Italian boot, between the West and the East, Albania was marked by the wealth of great riverside civilizations: Greeks, Romans, Byzantines, Ottomans and, of course, by the Illyrians, direct ancestors of the Albanians. The destination is therefore distinguished by its archaeological treasures. Albania, recently opened to Western tourism, has in recent years attracted a new clientele fond of sunny coasts, mountains (70% of the country), lakes and wild forests. Turquoise water creeks or mountain hikes, you have the choice.

Facing Corfu, there is the seaside resort of Saranda, you can also visit Tirana, the capital, a bustling city, a university town and the symbol of an overthrown dictatorship. To the south-east, Korça stretches over the slopes of Moravia, a small town with a rich heritage, mosques and churches with Byzantine influences. Here is brewed a beer that is appreciated throughout the country. The coastline extends over 362 km, along the Adriatic Sea and the Ionian Sea. From natural and archaeological sites to historic villages, from museums to historic monuments, Albania's tourist guide will help you discover all these attractions. The most popular sites are Lake Ohrid, the village of Berat and its castle or the National Historical Museum of Tirana. In summer, tourism is concentrated on the shores of the Adriatic Sea where the southern coast offers huge sandy beaches. Your Albanian tour guide will help you make the right choices.

What to see, what to do Albania? 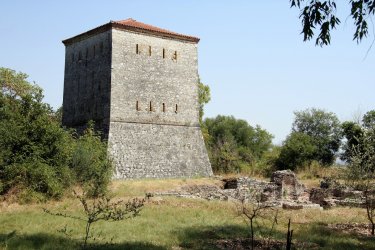 What to visit Albania ?

When to go Albania ?

When to go to Albania? This destination remains affordable even at the height of the tourist season. However, some restaurants in seaside resorts close in winter. If it is the sea and high temperatures that attract you, the climate is favourable from early June to late September. In the off-seasons, it remains pleasant. At high altitudes, in winter, snow can handicap you. To travel in a different way and discover the local cultural life, plan your visit during the Easter religious holidays, Catholic or Orthodox, the Muslim holidays of Eid el-Kebir or Eid el-Fitr, or Mother Teresa's Day (October 19). Since several religions coexist in Albania, even during Ramadan, you will find bars, restaurants and shops open during the day. The vast majority of tourists are local people or neighbours of Albania, the number of foreigners coming from the West is still anecdotal. So all year round, you will never be in these crowd baths related to mass tourism.

In winter, snowfall is quite frequent at high altitudes, winters are milder and rainier on the coastal plains. In summer, average temperatures are lower in mountainous regions than in coastal areas, but with greater daily variations. For example, central and western Albania experience high temperatures (40°C) caused by warm winds from the sea. Inland basins and river valleys have the highest temperatures, but nights are almost always cool. Average precipitation is high, especially in the central highlands. Vertical warm currents from the Mediterranean cause frequent storms in summer with strong winds. Finally, in the west of the country, the Boga Valley is one of the wettest areas in Europe

Due to the Covid-19 pandemic, entry and travel restrictions may apply Albania. Remember to visit the site of the Ministry of Foreign Affairs before you leave for the latest information
Practical information for travel Albania
Formalities Budget Horaires Getting around Gastronomy

Although Albania is a relatively small country in terms of geography - the size of Brittany - you should not forget that it is also an extremely mountainous country where any journey takes time, especially if you are dependent on public transport. In addition to its rugged relief, you have to add the state of the roads, which often do not allow you to drive very fast, and certainly not at night, if you are motorised. In short, you can't expect to cover the whole country in a single week. On the other hand, a trip of two to three weeks will allow you to discover the main regions of the country in depth. But in one week you will also be able to choose from its rich and varied heritage: Butrint the ancient city, Berat the Ottoman wonder, Gjirokastra the fascinating stone city of Ismail Kadaré, or of course the "big blue" of the "Albanian Riviera".

How to go Albania

Local tourists are in the majority and accommodation is numerous, especially in rural or coastal areas. It is easy to organize a stay alone in Albania. Hiking is possible by following the marked paths of Via Dinarica through the Balkans. On-site service providers. It is possible to book a hotel or a room with a local resident from France. You can also stay on site directly. In town, your credit card is accepted, otherwise bring cash

Tourism has been developing in Albania since the early 2000s. More and more tourist companies are putting it in their catalogues at affordable prices. You have the choice between seaside resorts, trekking and tours to discover archaeological sites and heritage.

Gasoline and car rental prices are similar to those in France. Same rate also for a 4 x 4 rental with driver. The cities are connected by buses at very affordable prices. Large buses are generally a little more expensive than minibuses, but they are also more comfortable. As for the train, whose network is limited, it costs almost nothing, but is extremely slow

What do you think of when you hear its name? Often, the "land of eagles" fascinates as much as it worries. Between the illustrious writer Ismaïl Kadaré and the infamous communist dictator Enver Hoxha, who locked the country in on itself for thirty years, images of beaches, mountains and sublime landscapes are emerging today. Long folded on itself, Albania opens up and finally reveals, despite a still difficult economic situation, other riches are unknown. Located on one of the routes linking the West and the East, the country has, since antiquity, attracted the covetousness of various Mediterranean powers. It is an ancient nation with its own language, culture and more than 2,000 years of history. With its heritage, its landscapes and its hospitality, it will never cease to surprise you.

The districts of Tirana 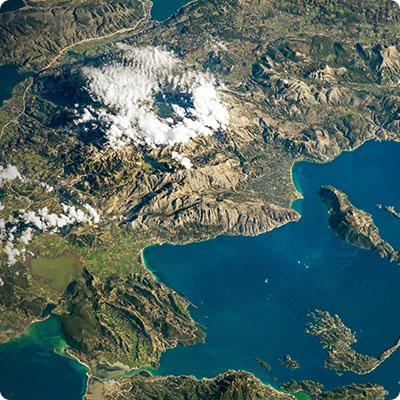 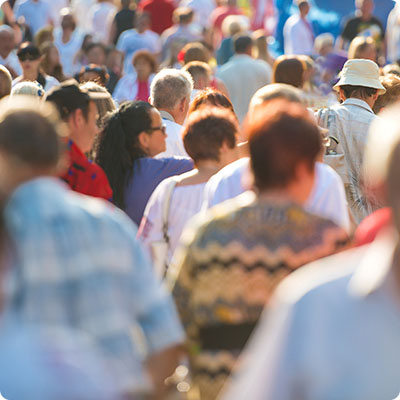 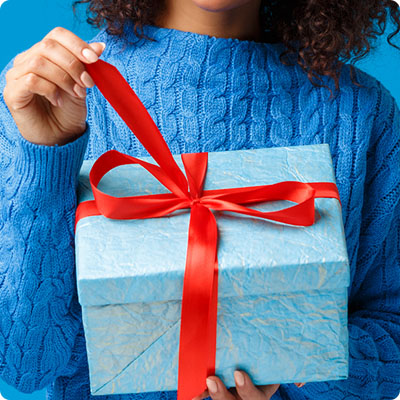 Founded in the 15th century, this Muslim brotherhood, renowned for its great tolerance of other religions, is recognized as a religion in its own right in Albania. Its aura is very great, since it is at the origin of the creation of the Albanian state in 1912 and continues today to influence a large part of the population

Estimated at more than 700,000 in the 1980s, they are scattered throughout the country, mainly on the coasts and borders. Most of these remnants of the communist era were built in the 1970s, after Albania withdrew from the Warsaw Pact, to protect the country from possible invasion.

It is a delicious (and filling) minced meat pie with filo pastry that is eaten on the go. Restaurants serve it almost non-stop, and it is generally possible to eat it at any time of the day. Every town and village has plenty of shops where you can eat it at very low prices

It literally means "to your happiness" and means "with pleasure". The expression, which is very common in everyday life, is often used during coffee breaks or any other consumption of beverages, alcoholic or not. In short, a word that you will need to remember if you are invited to share a moment of relaxation with an Albanian!

The propaganda of the Zog and Hoxha dictatorships has left its mark: many Albanians are convinced that they are the direct descendants of the Illyrians. In fact, this little-known civilization, present in the western Balkans until the Roman conquest, is a bit like the Gauls to the French, i.e. very old cousins ..

Born in 1936 in Gjirokastra, the poet, short story writer and novelist Ismail Kadaré is considered one of the greatest contemporary writers. He is, without a doubt, the most widely read Albanian author abroad. In recent decades, it is above all through his works that Westerners have discovered - or have not totally forgotten - Albania.

For centuries, much of Albania was governed by this customary law. According to the kanun, the loss of life can only be redeemed by another life: this is the vendetta, in Albanian Gjakmarrja, literally the "taking of blood". It has become a kind of custom and continues to be followed in the northern regions of the Albanian-speaking area

For a long time, the Mercedes has been the car par excellence for the Albanians. There are cars from all eras and models, from the antique 200D to the latest 4 x 4, as well as numerous vans transformed into minibuses or sedans used as driving schools. The old 200D, simple and robust, are particularly popular.

Albania is a mountainous country. The average altitude here is 708 m and the highest point in the country, Mount Korab, is 2,751 m. The Albanian mountains are relatively young and are part of the Dinaric Alps, an extension of the great chain of the Alps. Compact and often difficult to access, they delight all hikers.

Rakia is one of the most consumed alcohols in the country. Generally distilled from grape juice, this brandy is drunk as an aperitif, digestive or sometimes even in the morning with coffee. Albanians also make it from blackberries or, in some villages, from plums. Rakia is on sale in most shops.

He is THE national hero of the Albanians. After being trained by the Ottomans, he fought them, for almost twenty-five years, with such heroism that his fame spread beyond the borders. Antonio Vivaldi composed an opera, Scanderbeg, in his honour and Pierre de Ronsard dedicated a poem to him, as did the American poet Henry Wadsworth Longfellow

You say no ... nodding your head, sometimes causing misunderstandings!

You are proud of your country and its riches and can talk for hours about the differences between the Tosques and the Guégues, the two ethnic Albanians in the majority

Of course, you have already read a book by Ismail Kadare, but you also appreciate other national writers like Fatos Kongoli

You are always pleasantly surprised and welcoming when a foreigner is interested in your country. For example, you will tell them how the dordolec and kukull, scarecrows, dolls and other teddy bears hanging outside the houses, ward off the "evil eye".

You have a cousin who most likely lives in Greece, Italy or the United States

You're not too fond of the movie Taken, starring Liam Neeson, which still portrays your countrymen as kidnappers and traffickers.

Overall, if you're from here, you don't like some of the clichés..