The Inevitable of the Mysterious Djibouti

Confusing… If it takes a word to qualify Djibouti, it is this. Mysterious little piece of African land bordering the Red Sea and the Gulf of Aden, it offers a multitude of amazing landscapes shaped by the shock of tectonic plates overlapping there. On the sea side, Djibouti is the seasonal refuge of whale sharks, peaceful seas of the seas that let themselves be approached without fear in turquoise water. Djibouti's beauty is also its population, composed of Afars and Somalis. It will cross nomadic families and the last caravans of the sky. Djibouti has always fascinated French adventurers. A dozen hours of travel including one or two connections make it possible to discover these unknown lands of the Horn of Africa!

Djibouti, the capital, is the required entry point. But we can quickly escape to discover the first capital of the country, Obock, during the time of the French protectorate. After two hours of navigation through the Gulf of Tadjourah, Obock appears. There is a small town where time has suspended its flight. Vestiges of its past elegance, low houses with whitewashed or colored walls. Today, little activity in Obock, except fishing and an abandoned city impression. This is reflected in the many ruins that the recent conflict with neighboring Eritrea did not restore. The Obock region remains close to the buffer zone or tourism and economic activity is in full lethargy. It comes to its particular atmosphere, or to the search for an old era: The house of the former governor of the protectorate Léonce Lagarde, appointed in 1887, the house where Rimbaud, the French marine cemetery… was… Busy in their daily tasks, women of this part of the country of the Afars wear colorful colors. Children, mischievous, are omnipresent. Men are mainly engaged in fishing while chewing the famous Khat leaves with hallucinogenic effects. Outside the city, desert landscapes are ubiquitous. There are nevertheless many nomads, moving their homes, the tug, and their herd of goats. 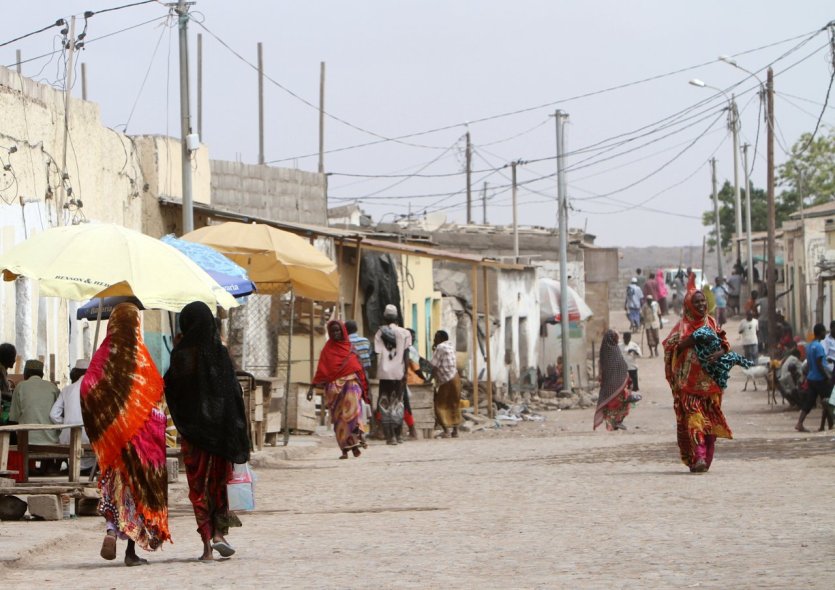 In the distance, towards the end of the Gulf of Aden, stands the highest building in Djibouti, the lighthouse of Ras-Bir. It monitors and guides ships crossing Djiboutian waters. 62 meters above the ground, it offers breathtaking views of the Gulf and the Obock region. In Obock, the Red Sea Village is a comfortable place to enjoy a good Djiboutian cuisine based on seafood, while staying in pleasant sea-side or high-altitude rooms in beautiful rooms. Aidid Aden, the owner, also organizes excursions to dive on corals to admire multicolored fish and turtles.

From the sea, the blues white houses of Tadjourah's lively countryside detach themselves from a mountain and arid landscape. Crossing and trading in the Gulf of Aden and Ethiopia, its main activities remain fishing, small business and crafts. Close to the harbor, its market, which is very photogenic for its bright colors, is also a stopover where we will focus on listening to lively conversations. 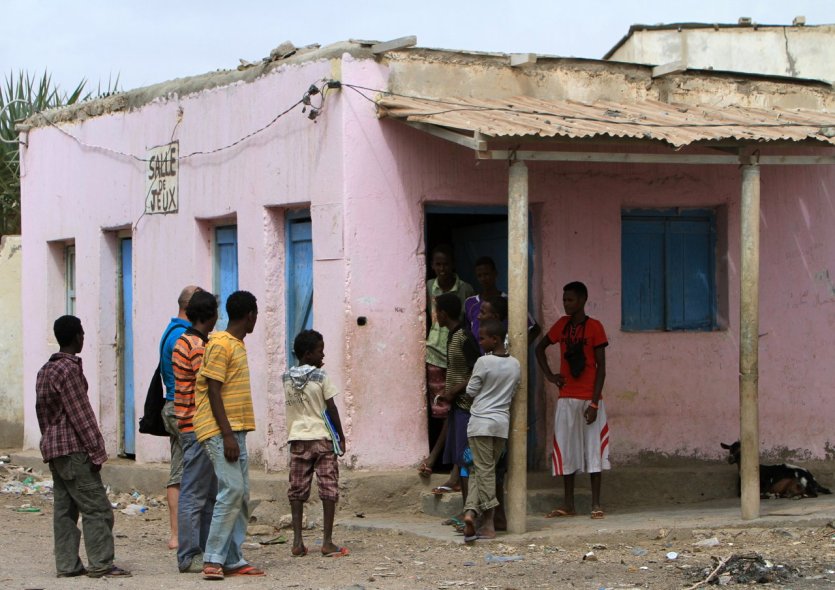 Let's leave the Gulf of Tadjourah to plunge into the mountains of the Afars country beyond the Day Forest. Several hours of impassable rocky runway without 4 x 4 are required to join the Bankoualé camp. We sleep in traditional Djiboutian habitats, daybotas, kinds of huts letting the air pass. Because it is very hot in this arid region where you hike in the middle of canyons to the rocks between bruns and oaks. At the bottom of the camp built and held by Houmed Ali in recent years is a true oasis lined with mango, which brings a little freshness. Staying in Bankoualé is also a way to immerse yourself in the lives of the villagers as in Ardo, where you are invited to drink the spicy tea and visit the little Koranic school. Handicrafts also live in the village thanks to women like Fatouma who create cooperatives across the country. 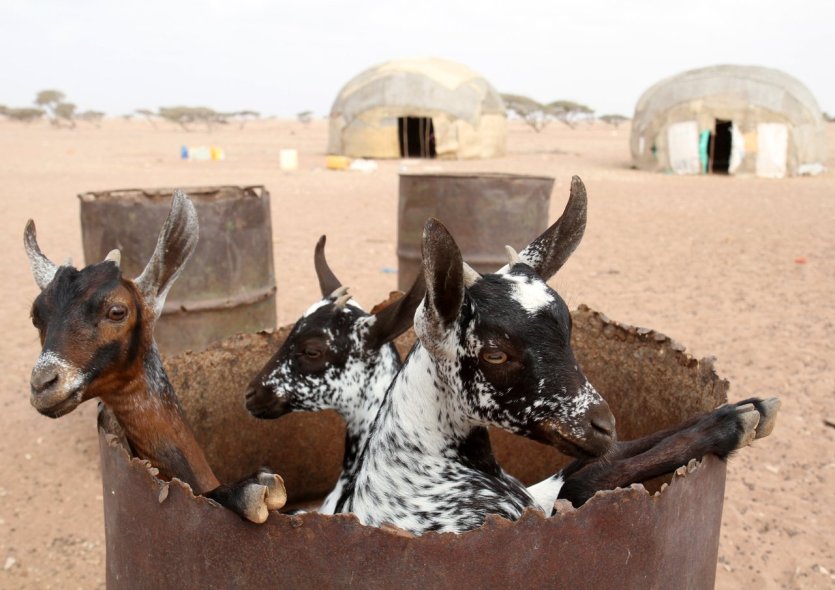 One of the most spectacular sites in Djibouti, Lake Assal is the third salt lake in the world after the Dead Sea and Lake Tiberias. It has been accessed from the end of the Gulf of Tadjourah, and from the Goubet Anse dominated by Devil's Island in cone form. We are overlapping tectonic plates. The very volcanic landscape teaches before our eyes, made of rocks and lava fields. Because of this tectonic activity, Lake Assal is one of the lowest points on the African continent, 167 meters below sea level. Powered by a thin seawater, it concentrates salinity which makes it a salt mine of 20 km long over 10 km wide. Already, at several kilometers and high views, he blind through his water to the different shades of light blue and his white ice formed by salt. This is where the last salt caravans are found, which, on the back of dromadaires, collect salt to move it to neighboring Ethiopia and trot it against food, mainly cereals. 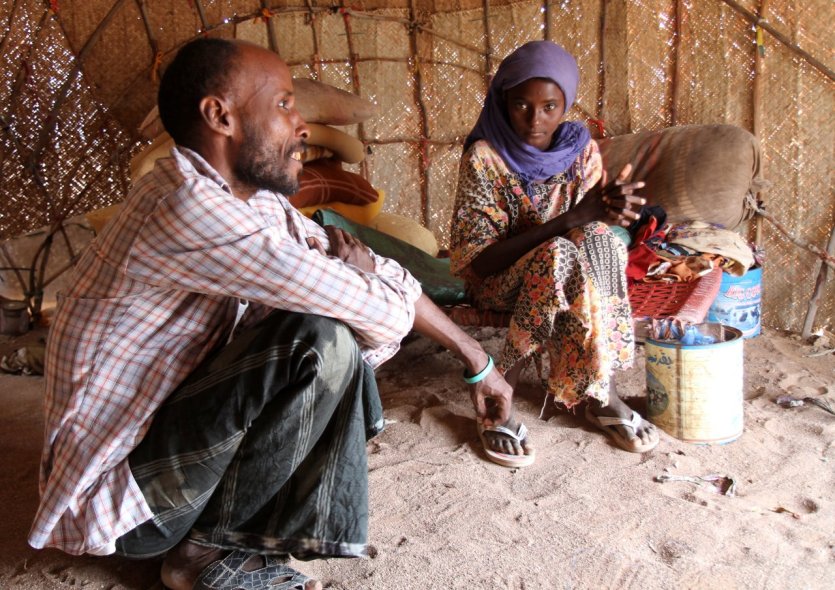 Every year from November to March, the Gulf of Tadjourah is the meeting place for whale sharks. Divers from around the world rush to the shallow waters of the Gobet Anse, which is very plentiful with the largest fish in the world; some specimens can measure up to 18 meters.

From Djibouti, direction the Bay of Arta Beach, a spot where giants are very close to shore. From the boat, we look at the horizon in search of fins. Once spotted, you must quickly dive with a mask, a tuba and palms, because if it is peaceful, it moves at a good speed. The moment is magical. For a few minutes, the indifferent giant let himself be accompanied while he opens a huge mouth to absorb the plankton. Half a day of diving can renew the magic, taking care not to touch the whale shark with abrasive but nevertheless fragile skin. Then, exhausted but delighted to have palmed at all speed, comes the time of the Djiboutian meal prepared by the boatmasters, before returning the head full of fecal images to Djibouti. 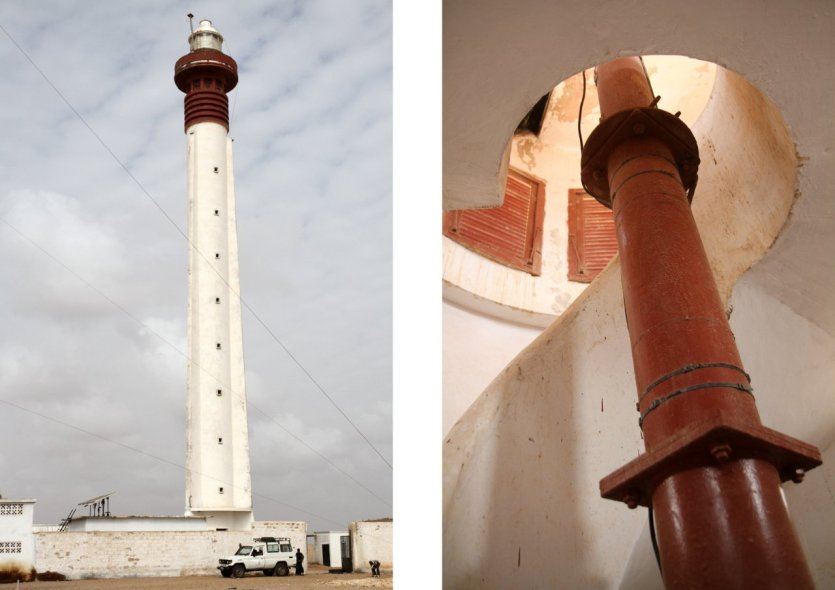 One of the most unexpected places in the world, Lake Abbé, is on horseback on Djibouti and Ethiopia. Accessible by the national road passing through Dhikil and the Grand Barra Desert, Lake Abbé offers a unique spectacle made of limestone chimneys, emanations from magmas while the region was a vast lake area some 9,000 years ago.

It is now a forest of rock needles that we cross, meeting here and there with fumerolles, sources of boiling and soiled water and a few nomads who graze their herds there. The lake offers all its splendor to the sunrise and sunset, giving the chimneys beautiful shades. In winter, Lake Abbé hosts colonies of pink Flemish, which, by driving, form splendid ones. However, it will be necessary to cross a few swampy areas and walk barefoot or with weak shoes. To enjoy the magic of Lake Abbé, a night at the camp run by Houmed Loïta is required. The only existing camp, overlooking the lake, is to spend a new night in the pleasant traditional tubs. 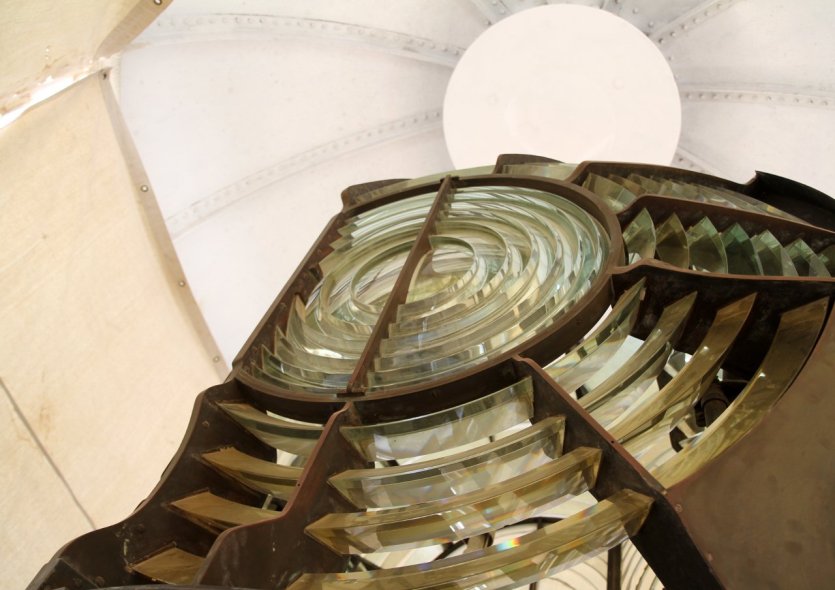 About fifteen kilometers from Djibouti extends the island Moucha, desert island, covered by places of a mangrove. Its turquoise waters are renowned for a seaside stay, but also to discover the surrounding seabed, accessible to confirmed and beginner divers. The Blue Lagoon, which manages the complex composed of bungalows, offers initiations with confirmed divers that put confidence to the most recalcitrant. 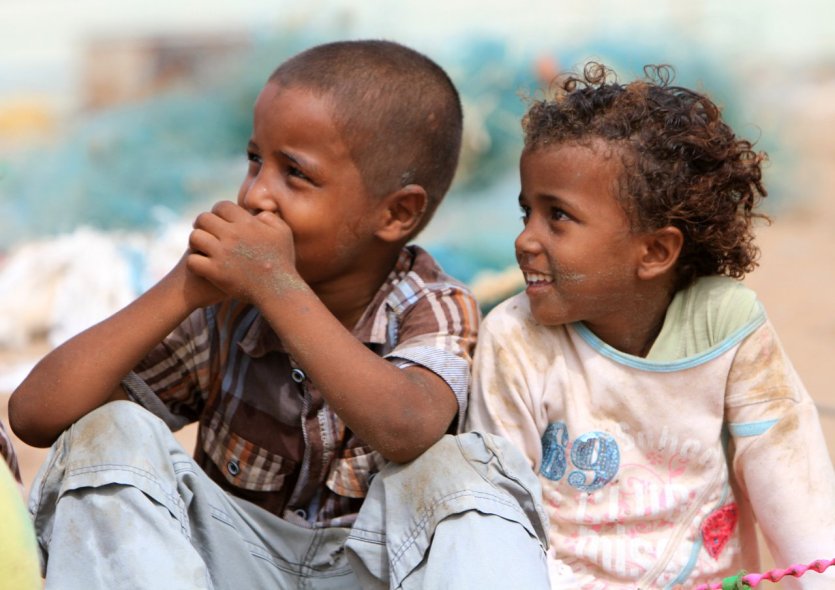 The city's capital, urban and shaped by military presence, will not be the ultimate goal of a trip. Of course, it offers all the comfort of the big city and it will be necessary to overlook the lack of elegance of the capital and a slight sense of insecurity - a crossroads for traffic of all kinds - to find a few points of interest.

The city center, around Ménelik Square and surrounding streets, is worth stopping to feel the atmosphere of this city, especially in the evening, when some typical cafés and restaurants open up. There are also some old buildings, some of which, little maintained, are damaged by time. The market is also worth a look, although it is useful to be accompanied by a local trust. 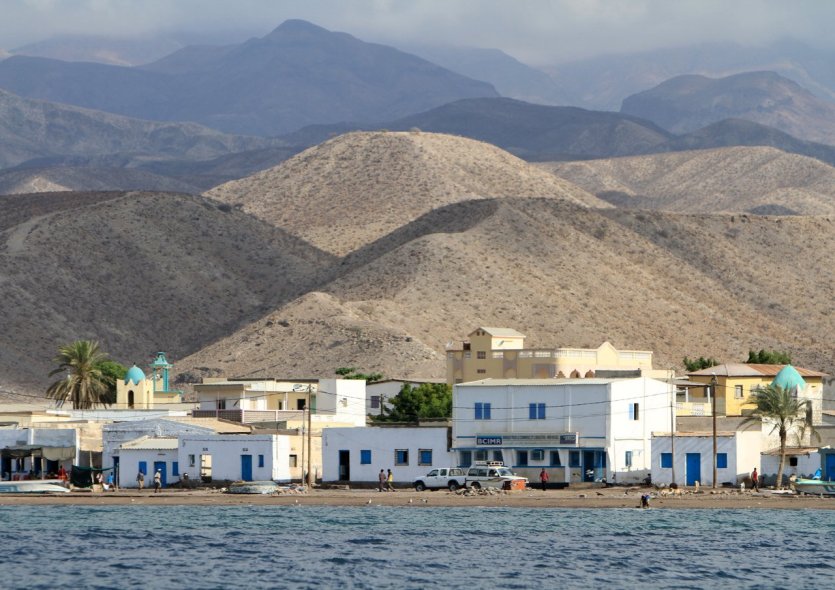 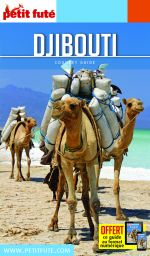 You dream of discovering new landscapes, new cultures, but the language barrier frightens you a little? Don't worry, ...

In the heart of the Pyrénées-Atlantiques, Pau has more than one asset to seduce and charm tourists and other visitors ...
Read the article

Winter is coming and we all hope that the health situation will allow those who wish to join the French ski resorts to ...
Read the article

Housed in a true masterpiece of 19th century architecture, the Benedictine Palace in Fécamp houses the only production ...
Read the article
To be read next:
Brussels' must-see attractions
The Essentials of Brussels
The Inevitable Cape Cap
TOP 10 things to see in Australia
Australia's must-see attractions
The musts of the Provence-Alpes-Côte-d'Azur region
The essentials of the Occitania region
The Essentials of Venice, the Sérénissim
The musts of the New-Aquitaine region
Review