Senegal is a multicoloured and multi-ethnic country, a formidable melting pot where diversity and tolerance cohabit in harmony. Fulani, Serer and Wolof, Catholics and Muslims, the differences are mixed in a fabulous kaleidoscope. Less than six hours by plane from France, it is the ideal starting point to discover black Africa. Lush vegetation, Sahelian plains, fine sandy beaches, mangroves, Senegal is a bit of all this... but surely more than that! To really live the country, it is the human relationship that you must privilege. The good mood, the joviality and the deep generosity of the Senegalese reveal themselves to the traveller if he lingers a moment in their company

Landing in Dakar, where the airport is already a "tourist zone". Unnamed hubbub and solicitations from all sides, here we have adapted to the Western rhythm: immediate needs satisfied in the moment.Halfway between the Senegalese capital and the tourist areas of the Petite-Côte, the new Blaise-Diagne International Airport (inaugurated in December 2017), where you are only asked for the health pass to enter the territory, is therefore located a short hour from the outskirts of Dakar

The capital itself may come as a surprise, as it doesn't really resemble the idea of an African city. And for good reason, it has nothing in common with the typical Senegalese city. It is an urban, industrial city, with a population of one fifth of the country. Full of contrasts, it offers to those who take the time to discover it a captivating duality between its medina, popular and squared, and its Plateau, economic and administrative center. Its great mosque is undoubtedly one of the most important religious buildings in Africa. However, one passes to Dakar more than one stays there.

In its surroundings, one should not miss the island of Gorée, a must to better understand the history of the slave trade first, and to enjoy its special atmosphere second, only 20 minutes from the bustling capital. A kind of languor runs over this city with a heavy and fascinating past, its soft atmosphere with an indolent beauty cannot leave one indifferent.

How to pass, not far from there, to miss the Pink Lake, one of the flagship excursions of the country! The high salt content of the lake gives it a more or less perceptible pink colour depending on the season. Winter is the best time to admire it in its most beautiful colours. You can observe the hard work of the salt workers: tirelessly, they recover mountains of iodine to dry them under the African sun.

Farniente and return from fishing on the Petite-Côte

Although the majority of tourists leaving Blaise-Diagne airport automatically head for the seaside area of Saly-Portudal, south of Dakar, this is not where you will find the most beautiful beaches or, far from it, traditional Senegalese life. On the other hand, the coast is entirely lined with comfortable hotels set on a pretty coastline and is perfectly suited to those who enjoy seaside pleasures. 5 kilometers away, you can watch the return of the fishermen of M'Bour, one of the most important fishing villages of the coast: the arrival of these dozens of multicolored boats in the light of the sunrise is a spectacle not to be missed. Then, we will go to the Sine-Saloum to admire the historical richness of the region which was once home to the kingdoms of powerful ethnic groups and was the scene of notorious battles. It is currently a site much appreciated by lovers of mangroves, lagoons and forests. You can follow in the footsteps of Léopold Sédar Senghor in Joal, his native village, by walking along the immaculate beaches; make a quick trip to Fadiouth, known as "the island of shells", as it is covered and almost entirely composed of these limestone shells. Further south, the Sangomar point and the protected forest of Missira offer picturesque stages and exceptional panoramas to the followers of green tourism.

The adventurers will push until the Eastern Senegal, a region ignored because too badly served by public transport. However, it deserves to be approached more closely: between deserts and hilly forests, Eastern Senegal offers a great diversity of landscapes. It is there, moreover, that one can visit the most important national park of the country, the Niokolo-Koba National Park, classified as a biosphere reserve by Unesco

Now, let's go to the exciting region of Casamance, wedged between Gambia and Guinea, whose culture it shares. Mangroves and lagoons follow one another in the heart of the tropical forest, revealing an exceptionally rich nature. You can observe these water scenes by taking a cruise in a dugout canoe on the Casamance River. We will stop in the small traditional villages installed on the islands formed by the bolongs. The cultivation of rice fields sculpts the landscape, palm trees line the coasts, and the beaches stretch for miles of fine sand. The region attracts fishing enthusiasts

Its main city, Ziguinchor, is the perfect starting point for Cap Skirring, the region's seaside resort, where water sports enthusiasts will delight. Travellers who appreciate more authentic places will be thrilled by Carabane, a town on the water, which stands thanks to the mangroves, a phantasmagorical site delicately placed between land and sea!

The city reveals its grace from the pirogue, at the nonchalant rhythm of the small boat that leads you. Isolated and as if abandoned by tourism, it offers a bewitching stopover: its paradisiacal beaches extend endlessly, not a single toubab ("white man" in Wolof) seems to have trodden the sand. Sport fishing is the main activity, but why not visit the surrounding villages, where Guinean traditions take precedence over the Senegalese identity

Saint-Louis, a historical city out of time

We will finish this stay by going back to the extreme north and Saint-Louis, the old capital of the country with a rich past. Historical city par excellence, it distills smells of New Orleans or, closer to the island of Goree: with its colonial districts with old-fashioned charm, a sweet fragrance of nostalgia perfumes the city. In contrast to busy Dakar, Saint-Louis has managed to preserve its calm, and a village atmosphere reigns in its alleys. One cannot ignore the incredible work of art that is the Faidherbe Bridge, linking the island-city to the mainland. Near the square of the same name, in the heart of the old town, the colonial houses wrap Saint-Louis in a charm and charm. You can buy quality souvenirs before spending a last night in one of the city's trendy bars. And promise yourself that you'll soon be returning to the land of Teranga!

When is the best time to visit? Senegal is pleasant all year round, but prefer the dry season, from November to June.

How to get there. The flight from Paris to Dakar takes about 5.5 hours and the round trip costs between €450 and €850.

Rent a car at the best price - Compare 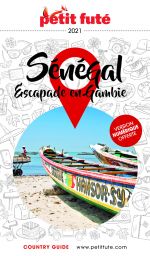 In France, social distancing measures linked to the coronavirus epidemic have been extended, for the moment until May ...

Where to go in February? Where and when to go: destinations and tips

To keep fishing in the heart of winter, there's nothing like a little trip! Where to go in February? Here are a few ...

Where to go in winter? Where and when to go: destinations and tips

With the return of polar temperatures, do you feel like escaping from the gloom? Here are a few destination ideas that ...