Senegal's first president was Léopold Sédar Senghor, poet and academic. A poet president is a good symbol of Senegal, a country of music and griots, a country with incessant noise and multiple languages. If French is the national language, you can hear ethnic languages such as Wolof, Serere or Diola, languages as varied as the Senegalese landscapes, in the streets of Dakar and Saint-Louis, in the markets of Kermel and Soumbédioune and on the island of Fadiouth. From the desert of northern Senegal, to the "green" Casamance, passing through Dakar, the Petite côte, the Sine-Saloum, the Kaolack region and the Niokolo-Koba park, Senegal's landscapes and tourist attractions are numerous and unknown. It is true that apart from Saly, its beaches and resorts, and Gorée, the slave island, the destination lacks notoriety and much is gained by discovering this country of fishermen and pirogues, villages in the bush, and Sahelian deserts. Above all, it is worth testing the concept of teranga, this innate sense of hospitality that is rooted in the country's culture. Convinced? So, do not hesitate and go and visit, with your tourist guide from Senegal, this region "on the edge of Africa"...

What to see, what to do Senegal? 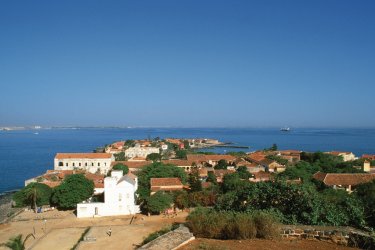 What to visit Senegal ?

When to go Senegal ?

The weather is sunny and dry almost all year round. Also the best time to travel to Senegal is between November and June: the temperatures are ideal (especially between April and June) and you will not suffer too much from the heat during this period. This is certainly the best time to visit natural regions and large parks. More precisely, April and May for animal reserves. Be aware that during the winter season, the rainy season from July to October, both Djoudj and Niokolo Koba National Parks are not of great interest. There is no need to stroll around these areas for long periods in the summer. Similarly, the Senegal River region is at this unbearably hot period. However, all of Senegal is not losing interest: if Tambacounda becomes a furnace during the rainy season, the Bedik and Bassari countries are covered with a unique green canvas at this time of year. Casamance, a greener region, benefits from a longer rainy season, starting in April or May

Due to the Covid-19 pandemic, entry and travel restrictions may apply Senegal. Remember to visit the site of the Ministry of Foreign Affairs before you leave for the latest information
Practical information for travel Senegal
Formalities Budget Horaires Getting around Gastronomy

From the hectic capital to the picturesque city of Saint-Louis, via the bolongs of Sine-Saloum or Casamance and the country's animal reserves, Senegal offers a multitude of itineraries and possibilities for excursions that you would have to stay at least a month to discover all its riches. However, in about ten days, it will be possible for you to get a good overview of the Teranga country. The classic itinerary consists of discovering Dakar and the Cape Verde peninsula, spending a few days in the north of the country, having a good time on the Petite Côte and crossing the Sine-Saloum mangrove swamp in a pirogue. For those who have the time, Casamance and eastern Senegal are green regions where animist traditions have remained intact. And the Fouta-Toro, a trip back in time along the Senegal River. Although the option is expensive, renting a car will save you precious time.

From Saint-Louis to Casamance

How to go Senegal

It is advisable to book your accommodation in advance. This will make your trip much easier. If Senegal is a safe country overall (even if the Sahel zone and Casamance sometimes experience certain troubles), do not forget that it is a poor country and where your wealth can attract envy: be vigilant. Being accompanied by a local guide can be helpful.

Stays on the beaches of Saly, cultural tours, discovery of typical villages, excursions in the desert, ascent of the Senegal River... organized trips are very numerous to discover the country of the Teranga. It is up to you to choose the option that suits you according to your budget, your desires and your availability.

In Senegal, public transport (in the city or to connect cities) is not very reliable in terms of timetables and comfort. However, you can opt for the bush taxi or the fast car to travel in an African style. Taxis in the streets of Dakar are very useful (even if the traffic is often hellish). Renting a car is often the most convenient way to leave Dakar. Finally, canoes are picturesque and frequent in Casamance and in the Sine-Saloum

Originally a land of dislocated empires, Senegal saw its unification with French colonization, between wars and cooperation. Over time, the different ethnic groups established on its territory have learned to live together harmoniously, in exemplary harmony. This multi-ethnic country, with diverse religions and popular beliefs, is today a true cultural mosaic, with deeply rooted traditions. From popular festivals to animist ceremonies and religious pilgrimages, Senegal lives to the rhythm of a myriad of festivities throughout the year. Not to mention its international jazz festival, renowned beyond its borders for its eclectic programming, which takes place in the bewitching colonial city of Saint-Louis. The Senegalese have a real gift for crafts, from wooden sculptures to hand weaving, painting under glass and basketry.

From the roots to the leaves, the whole peanut plant is consumed in Senegal! We find its seeds in aperitif, roasted and salted, its leaves in the mafé sauce accompanying beef or mutton, its oil in the binders of soaps or its roots in medicinal herbal teas. In short, an essential product for Senegalese households!

It designates the Senegalese people's favourite ritual, that of having tea with family or friends, around long discussions. A real moment of sharing and relaxation, where one takes the time to enjoy three glasses of mint tea. "The first is bitter like life, the second is strong like love and the last is sweet like death. Unbelievable!

Specific to the ecosystem of the Sine-Saloum and Casamance regions, the bolong is an arm of the sea subject to the rhythms of the tides, which can sink up to 250 km inland. It is bordered by mangrove to mangrove swamps and its waters are rich in fish, oysters and cockles. It is also home to many species of birds.

It is in these stalls, sometimes makeshift, that dibi, grilled meat is bought, generally mutton, but which is available according to availability. Well seasoned, it is served in bread, with onions and sometimes French fries. However beware of the tourista, these establishments are far from the recommended hygiene standards.

A common species in the savannahs of West Africa, the shea tree, which means "butter tree" in Wolof, grows in eastern Senegal, near Kédougou. Its nuts are used to make a very greasy butter, renowned for its moisturizing and nourishing properties. It is sold raw on the markets or used in cosmetic products.

Popularised in the 80s by Youssou N'dour, mbalax embodies the Senegalese musical identity. This music, very singular and easily recognisable, mixes ternary rhythms and percussion and is accompanied by unbridled dance. In taxis, nightclubs or at a popular party, mbalax is consumed without moderation!

The palaver is a whole art of living in Senegal. In the shade of a big tree, we discuss the village's problems and try to solve them. Sometimes, these long discussions are idle, just to pass the time, to have tea. It also takes on the meaning of "tchatche" during negotiations, a technique to better convince.

The name of the country would come from the Wolof "sunu gal", our dugout canoe. These long boats, often dug out of a single tree trunk, are mainly used by fishermen, who overload them with fish. In Mbour, Kayar and Saint-Louis, their alignments offer a colourful snapshot and the return of the fishermen, a striking spectacle.

Whether in Arabic, Wolof or French, greetings are of paramount importance in Senegal. To address someone without having greeted them is even a real affront! On the telephone, in the street and in offices, people are always asked if the person is well. News often drags on from family to work.

A true leitmotiv throughout the country, teranga refers to Senegalese hospitality, humble, warm and generous. Much more than a value, it is a state of mind shared by all ethnic groups, in a desire to live together harmoniously. From the warm welcome to the numerous invitations, the Senegalese will know how to receive you!

It is the national dish of Senegal, listed as an intangible cultural heritage of humanity. Made of rice cooked in a tomato sauce, it is served with fish with a spicy stuffing and fresh vegetables, such as white cabbage and sweet potatoes. Often on the menu, it is eaten with friends or family, with a spoon or by hand.

Incense based on bark, aromatic plants and resin, it is the weapon of seduction of Senegalese women, each of which has its own recipe! Their fragrances, musky and heady, quickly turn men's heads. Traditionally, thiouraye is used to embalm houses and clothes, but also for mystical purposes.

You know the son of your friend's wife's distant uncle's cousin, because here the network of relationships is so vast that you always have a common acquaintance, even 200 km away!

Talking in the shade of a baobab tree, with a glass of tea in your hand, has become your favourite pastime. Because, as you can imagine, you're among friends, discussing the latest news from the village all afternoon long.

At every street corner, you stop to greet your friends, and after a few hours, you still haven't arrived at your destination, because you have had to catch up on the news of your parents, business and the health of each of your friends, without forgetting anyone!

You let yourself be carried away by the unbridled rhythms of mbalax, even though you know that you are not up to the Senegalese people and that you risk making the whole assembly laugh!

You speak tuutu-tuuti wolof, and that it immediately becomes easier to negotiate, even with your strong accent!