Stay : In the heart of Shanghai

You're likely to have a torticollis by dint of looking up to watch the endless skyscrapers of Shanghai. But don't forget to explore what is within your sight, between vestiges of colonial times, traditional temples and pagodas and alleys lined with corner shops. 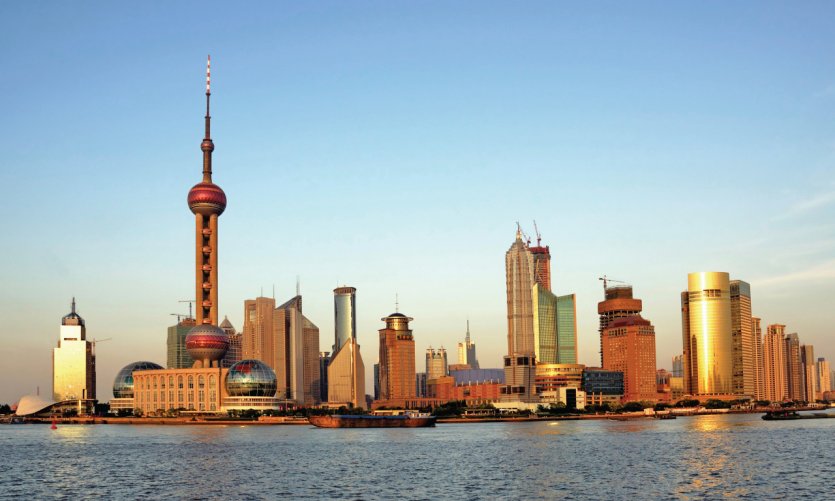 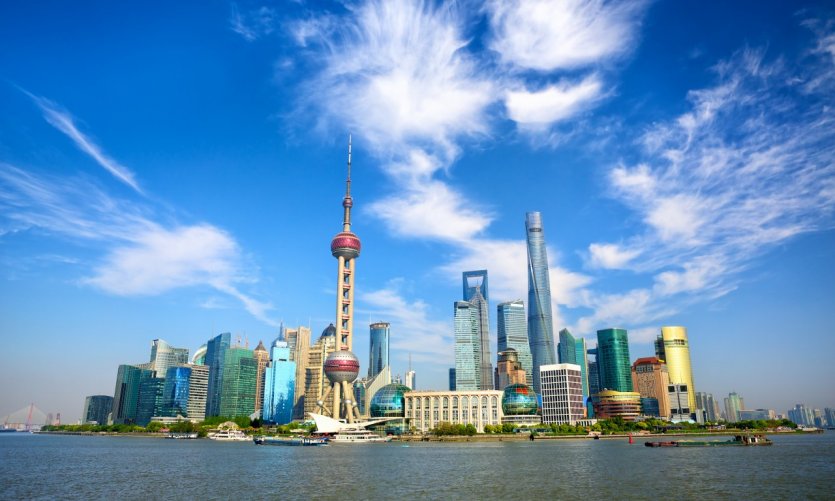 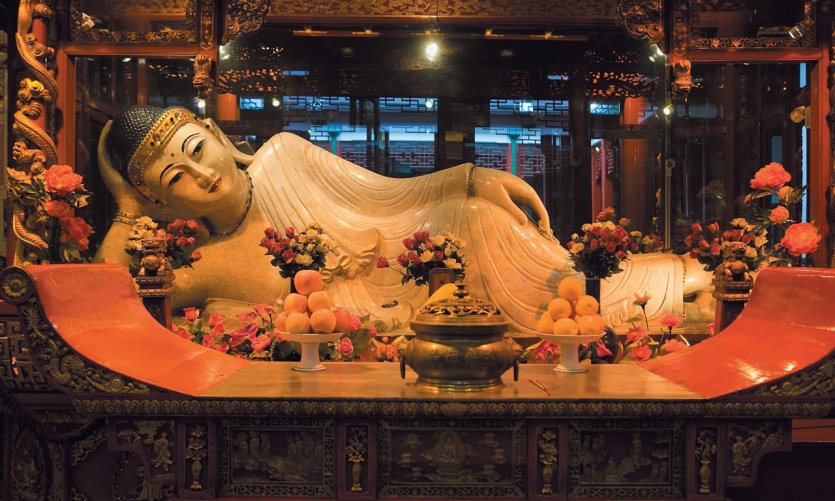 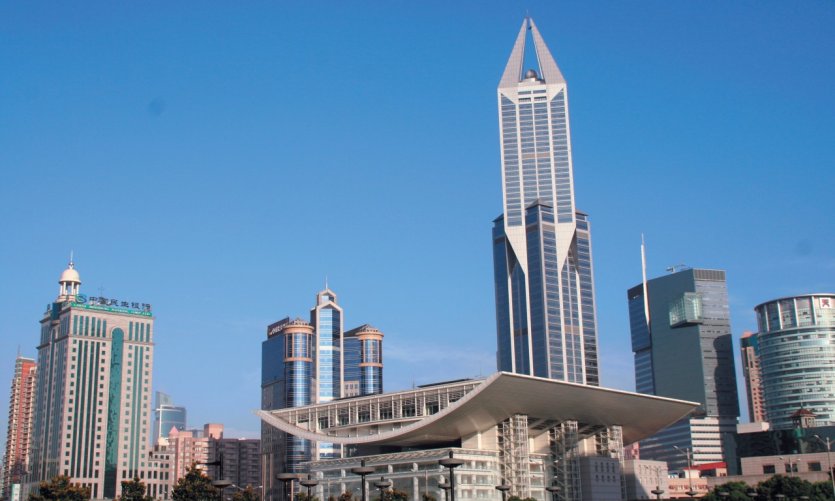 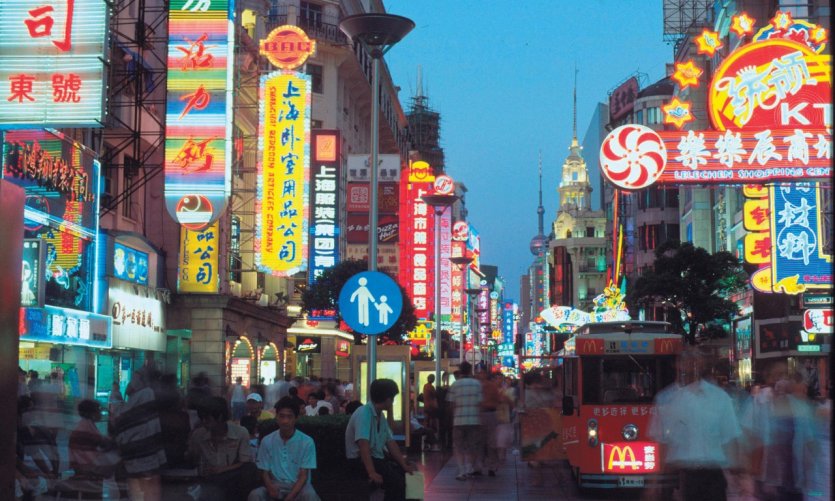 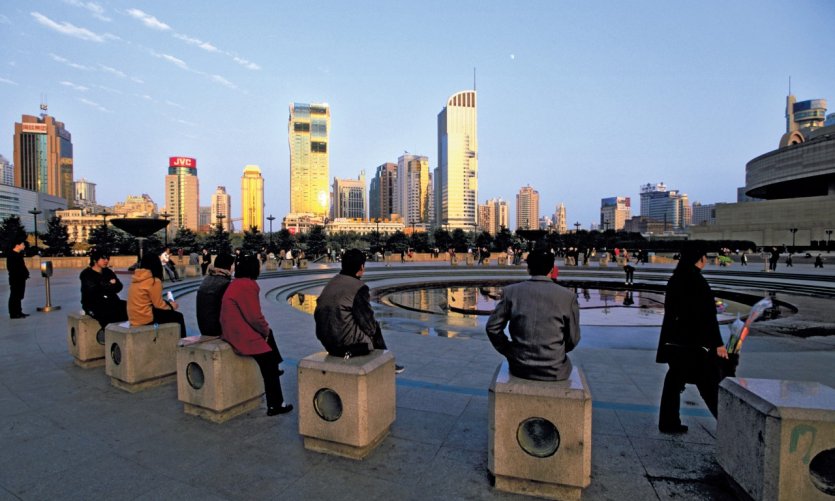 Detail of the stay : In the heart of Shanghai - 7 days

Day 1: Between modernity and tradition

If the contrast between past and future is found throughout the city, the best place to judge the wide architectural gap in Shanghai is the Bund. an unmissable promenade, surrounded by elegant colonial-style buildings, the Bund is facing the modernism of the business district, Pudong, across the river. Go up the Bund from south to north, starting at the crossroads of Guangdong Lu and Zhongshan Dong Yi Lu. On the Bund, the old buildings deserve as much attention as the futuristic towers of Pudong. Some were built at the turn of the 20th century, often with Italian marble finishes. The visit continues through Nanjing Street (Nanjing Dong Lu) which points away from the Bund at the level of the mythical Peace Hotel (Swacht Art Peace Hotel). Welcome to the shopping paradise: hundreds of shops of all kinds align with this one-kilometre-long pedestrian stretch, which attracts some 800,000 Chinese and foreign visitors every day. You can find the city's oldest stores at the Nanjing Street. Nanjing Dong Lu ends its course at  People's Square (Renming Guangchang), the former racetrack and the heart of Shanghai. Green spaces are concentrated here, important administrative offices and a large number of tourist destinations, such as the Urban Planning Museumand especially Shanghai Museum (Shanghai Bowuguan). The Shanghai Museum is a highlight of Chinese culture and has no serious competitor but the museums of Beijing and Taipei. It is possible to continue your journey through the park to finally run into Shanghai Art Museum, which regularly changes its exhibitions. Follow Nanjing Xi Lu towards the Bund.

For this day, favour the visit of Old Town and the former French concession. It's the Shanghai of narrow streets, where get from surprise to surprise, witness to a multitude of scenes of life. The visit of Old Town (Nan Shi) will take place in the morning. If you come from Renmin Lu, the Old Town will show you a face that is not really its. The constructions, renovation after renovation, have lost their authenticity and become nothing but mere replicas of the past. In the north of the Old Town, the main interest is in the visit of Yuyuan. In the 16th century, the governor of Sichuan, Pan Yunduan, had this "garden of joy" (Yuyuan) built. And like in the city of Suzhou, renowned for its fantastic "jardins de lettrés", you will find all elements of a harmonious landscape in Chinese style: bonsai, rocks with fantastic shapes evoking mountains, ponds reminiscent of lakes and seas… In front of Yuyuan, you can find Chenghuang Miao, the temple of the god of the city. After leaving the Chenhuang temple, turn right towards Fangbang Zhong Lu, more commonly known as «Vieille rue de Shanghai ». You can find there all "chinoiseries" that you can imagine: true false antiquities, Little Red Book, tea, posters that take up again the propaganda of the Maoist era, beautiful lacquered boxes, lighters and card games bearing the effigy of Mao, old cameras… When leaving Fangbang Lu, going away from Yuyuan, you leave behind you the restored part of the old city. The streets become narrower, the facades of the houses are a little dilapidated, and the interior of the courtyards suggests bikes, clothes that dry… The afternoon can be dedicated to a walk at the French concession. With the Xintiandi neighbourhood as a starting point, go and visit the site of the first congress of the Chinese Communist Party, in Huang Pi Lu. Then take the Xingya Lu towards Fuxing Park. Stroll through this very active former "French Park", which has not, as it were, changed. Cross the park and you will arrive at the intersection between Sinan Lu and Xiangshan Lu, at the residence of Sun Yat-sen, the father of "Modern China". The former French concession houses other historic residences, such as that of Zhou Enlai or Song Qingling, the wife of Sun Yat-sen. These houses give a history lesson and an opportunity to discover the interior architecture of these very beautiful French concession houses.

You can then go back to Huaihai Zhong Lu and turn left: you have before you the Champs-Elysées of Shanghai, with its prestigious signs. Go down the avenue to Shanxi Nan Lu, then go up north. With its streets lined with plane streets, its old European-style houses nestled in the heart of sumptuous gardens and shops frequented by the fashionable Shanghainese, this part of the neighbourhood is alive and nice to visit. Only a few steps away are the former working-class districts, true «red suburbs», small brick buildings that seem to come straight out of the 19th-century France. In a country where bulldozer is king, the preservation of entire neighbourhoods is a miracle. And to stay in the atmosphere of the 1930's, you can end the evening with a glass at Ruijin Park.

After this visit of the historic Shanghai, cross the Huang Pu River and move about in a completely different universe. Off the ground within just twenty years, Pudong has become the area of all records, the pride of a nation. Oriental Pearl Tower, the emblem of Shanghai with its kaleidoscopic pearls, is the third tallest television tower in the world. To enjoy a view of Shanghai, you can climb to the top. Take this opportunity to visit the Shanghai History Museum, at the foot of the tower. This is probably the best place to have a good overview of Shanghai's evolution throughout the ages. The period of concessions is particularly well documented. In front of the museum, you can also visit Ocean Aquarium in Shanghai. Over 350 species, from five continents, are represented there. The long underwater tunnel of 155-metre, divided into several sections, is impressive. The most spectacular section remains that of sharks… Then go up the Century Avenue towards the Jinmao tower. On the 88th floor, Grand Hyatt's Cloud 9 navigate on clouds. This lounge bar offers a different view of the city, and especially an impressive cliff on the inside of the tower itself. For those who are still suffering from dizziness, you can continue your visit to Shanghai heights in the new tour of Shanghai World Financial Centre. The latter, shaped like a bottle opener, does not go unnoticed. A small green break in the Century Park, and you will get back to Puxi by taking the panoramic tunnel, the summit of the Shanghainese kitsch. To change your mood a bit, you can spend the evening in a show of acrobatics at Shanghai circus.

Shanghai is not really regarded as a religion enthusiast, but history has left traces that deserve to be explored if we are interested in the issue. We can therefore visit the various Buddhist temples of the city, but also the beautiful Confucius temple in the old Chinese city, and the Taoist temple of Baiyun. Another historical page may then be travelled: that of Jews in Shanghai. Refugees in the city at the beginning of the Second World War, Jews were grouped in a neighbourhood (that of Hongkou in the north of the Bund) which still bears their mark, no matter how held it is today: residential neighbourhoods, synagogues and Jewish cemetery can be discovered in the city.

The south of Shanghai is not the tourists' favourite destination, but if you have some time on the spot, a little expedition in the south can be justified. In the Xujiahui district, you will then be able to visit the pagoda and the Longhua temple and then follow the tomb of Song Qingling. Going further south, you can spend a quiet afternoon in the botanical garden of Shanghai. And if you're looking for a contrast, the day can end with a few runs on the covered ski slope of Yinqixing. The pleasure of sliding is not necessarily guaranteed on this small track above all designed for initiation, but a few runs on the snow while you are in the middle of summer certainly a lasting memory.

Discovering the north of the city and the Suzhou Creek area. In the morning, Luxun Park deserves some attention, to listen to the revolutionary choirs or to watch the Chinese dancing and practicing Tai-chi. We will continue with a walk in Duolun Jie, a lovely pedestrian street of the Japanese concession, where you can sit on the terrace to drink a coffee before visiting the small museum of contemporary art. The day will continue in the Moganshan neighbourhood, where artists workshops and many of the city's contemporary art galleries are located. To close this artistic day, you can choose to dine in a Thai restaurant which is a painting gallery at the same time, and then to take a drink in one of the many jazz clubs in the city.

The last day in Shanghai can be spent on shopping: Huaihai Lu for luxury clothing and items, the antique market of Dongtai for souvenirs and old trinkets, the market of Qipulu selling everything, cheap.

When to travel
With whom?
All audiences
Themes :
Culture / Heritage
Faune and flora

The world's roof in two weeks

Two weeks is the ideal time to visit and look deeply into the roof of the world, especially because you can get out of Lhassa and venture further.

When to travel ?
With whom?
All audiences
Themes :
Culture / Heritage

To visit Xinjiang in two weeks, you will travel around the Taklamakan desert, by taking first the North road and then the South road.
To discover on Petit Futé