As every 3rd Thursday in November, this year again, we will toast to a new vintage of Beaujolais Nouveau. A perfect opportunity to follow in the footsteps of this region, which extends its vineyards north of Lyon and also includes the other ten Beaujolais vintages.

A capital that cannot be ignored

To discover Beaujolais, you must start with its capital Villefranche-sur-Saône. Villefranche became the economic capital of Beaujolais, replacing Beaujeu, too outlying, before winning the political capital in 1532. Although surrounded by ramparts, Villefranche is above all a market town, which explains its configuration, of which the city centre still bears witness today: from the outset, a north-south oriented street was its main axis, wide for the time because it was occupied by a market. This central street, renamed several times over the centuries to become the National Street - Rue Nat' for the inhabitants - is still the pulse of the city and it is around it that the discovery is articulated. Some visits are essential, such as the collegiate church of Notre-Dame des Marais. Visit the fifteen chapels to admire all the stained glass windows, the oldest of which dates from the 14th century. Not to mention this great organ from 1834, classified as a Historic Monument, with its 45 stops, 2 buffets and 2,300 pipes, a work of the Callinet house. Then, direction the Auberge de la Coupe d'Or, whose courtyard dates back to Louis XIV, the Maison du Patrimoine and the Musée des Conscrits, the Paul Dini Museum, which brings together important artists from the region, as well as the city's old houses. Finally, in the superb historic building of the Hôtel-Dieu is the tourist office, which presents the destination Beaujolais, a few minutes north of Lyon and easily accessible from the A6. Four territories that open the doors to the most wonderful discoveries. Everything can start at the Maison du Tourisme, in the Beaujolais Cœur de Ville around Villefranche-sur-Saône, before leaving for the Beaujolais des Pierres Dorées, remarkable for its lights set on yellow ochre villages. Then, we turn to the Beaujolais Vignoble and its famous 10 wines known throughout the world. Finally, we head towards Beaujolais Vert Nature, a huge area to the west of the territory between mountains and valleys. Here, everything is beautiful, everything is good, generous, gourmet and the places to taste these pleasures are numerous and welcoming

Beaujolais is above all Beaujolais, composed of a range of wines with a strong personality, ranging from the new Beaujolais (it is the most extensive appellation, some of which can be tasted in November) to the ten Beaujolais wines (brouilly, chénas, chiroubles, côte-de-brouilly, fleursurie, juliénas, morgon, moulin-à-vent, régnié, saint-amour) while passing by the beaujolais-villages (distributed over 38 communes, they represent 25 % of the total production of the Beaujolais vineyard). This homogeneous range meets all the expectations of a modern, spontaneous and lively consumption and opens up all the pleasures of tasting, from an aperitif to a party with friends, to gourmet meals

The truth of Beaujolais is not literature: it lies at the bottom of the glass, notwithstanding the beautiful pages dedicated to it, from Thomas Jefferson to Colette or Bernard Pivot  ! The Beaujolais appellation mainly concerns three cantons, Villefranche, Anse and Le Bois-d'Oingt, as well as some villages in the cantons of Arbresle and Tarare. We can add a few parcels bordering the communes producing Beaujolais-Villages and Raw, i. e. a total of 72 communes in which Beaujolais is the only production for the greatest number or combination of other Beaujolais appellations and other productions such as fruit, market gardening or polyculture

Beaujolais is characterized by its brilliant colour, its colour between the shiny cherry hue and purple purple. Delicious, light, aromatic, fruity, bouquety, lively, gouleyant, they develop very fresh aromas of pressed grapes or small red fruits with a dominant blackcurrant currant taste. The appellation dates back to 1937 and the area worked by more than 2 000 farmers is 9 700 ha for a production of 640 000 hl. Each year, half of this production is marketed in Beaujolais Nouveau. The Beaujolais villages appellation concerns thirty-eight municipalities that joined forces fifty years ago to form the first French AOC to use the term "villages". The Beaujolais villages stretch on 30 km between the Saône valley and the mountains of Haute-Azergues and Haut-Beaujolais. It is the official text of 21 April 1950 that confirms the right to the Beaujolais-Villages appellation. On lean, filtering, easy-to-work soils, 1 500 winegrowers produce 350 000 hl Beaujolais villages on 5 700 ha, a third of which is marketed in new Beaujolais. Most of these wines age well and are highly prized by French restaurateurs. Fresh, dashing, awake and cheerful, mischievous and coquettish, they are more thirst-quenching than heady, more discreet than pedantic and more slippery than intrusive. The Friendship of Beaujolais Villages is presided over by Pierre Deshayes, a winegrower from Le Perréon. Forty-two municipalities on the southern edge of Beaujolais officially make up the part of Beaujolais called the Golden Stones, producers of the Beaujolais appellation. Here the harvesting machine is still prohibited because Beaujolais winemaking requires a whole bunch fermentation. Beaujolais nouveau and Beaujolais of the four seasons are produced here. This region, surrounded by the Azergues River, whose hills are of sedimentary origin, has the famous golden stone in its ochre yellow clay and limestone soil

To be enjoyed fresh!

When? When? You can visit the region all year round, harvest in September and taste Beaujolais Nouveau from the 3rd Thursday in November.

Getting there. By car, train or plane (via Lyon), everything is possible.

Useful. To prepare your escapade as well as possible.

TOURISM OFFICE OF VILLEFRANCHE BEAUJOLAIS - More information on the website 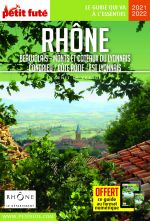 Weekends in May, where to go in France?

A few long weekends are coming up with the arrival of the month of May. What if this was the time to go with family or ...

Autumn is a perfect season for long outdoor walks. You can still enjoy mild temperatures and beautiful sunny days, and ...

Top 10 places to run in Lyon

With its relief, its quays and its green parks, Lyon has all the assets to please runners. From morning jogging on the ...

Top 10 destinations to organize a seminar

A large proportion of large companies and associations with many employees organise seminars. A company seminar is a ...