The Périgord remains one of the favourite destinations of the French who find in this region a diversity of landscapes, an authenticity still well preserved and an art of living. Tourism and gastronomy are the watchwords of this Dordogne which has the greatest number of well-preserved heritage treasures in France of any age. Zoom on the region's unmissable attractions. A region whose colours shine in autumn

Sarlat-la-Canéda, the capital of the Black Perigord

Sarlat-la-Canéda is located in the hollow of hills called " pechs". A town of art and history, it was founded in the 9th century and was built around a Benedictine abbey. Very quickly, the city grew rich under the direct authority of the Holy See of Rome. The Hundred Years' War (1337-1453) and the plague had serious economic and demographic consequences. It was during the reconstruction in the 15th and 16th centuries that the city adorned itself with superb mansions. Today Sarlat-la-Canéda is the first city in Europe by its number of listed buildings au m² with on 11 ha, 253 buildings, 18 listed monuments and 59 monuments listed. It is a real jewel, witness of the medieval and Renaissance periods. Sarlat-la-Canéda truly regains its breath and splendour out of season, revealing more modestly its narrow streets, its inner courtyards, its private mansions assimilating all the periods (medieval foundations, Renaissance floors, classical roofs)

The one that a President of the Council named Raymond Poincaré nicknamed the "Green Venice of the Périgord" never drew glory from this title. One can only fall under the spell of its banks of the Dronne, its abbey, its totally unusual bent bridge and the exceptional sculpted cave, known as the "Grotto of Last Judgement". The numerous prehistoric and megalithic sites in the surrounding area, its Celtic and Gallo-Roman memories, its "cluzeaux" and troglodytic dwellings bear witness to its antiquity. Its bell tower - actually a "campanile" built on the rock - is said to be "the oldest in France". The Benedictine abbey founded by Charlemagne bears the mark of the history of its destruction and reconstruction over more than twelve centuries. Finally, gateway to the Périgord-Limousin Regional Natural Park and jewel of the Val-de-Dronne, Brantôme welcomes all year round lovers of nature, "Good living" and "Good eating"

The Gallo-Roman Vesunna Museum of Périgueux

Located in the heart of the ancient city, on the remains of a vast 1st century mansion, this museum is unique in France for its concept, whose glass and steel architecture is signed Jean Nouvel. The domus, witnessing the extent of the remains of the ancient city, is the essential element of the site. Everything is organized around it, the heart of the house, the peristyle garden and the rooms. The whole is protected by a metal umbrella carried by 14 pillars 9 metres high. You will appreciate the spectacular view of the archaeological site and the discovery of the whole. The 50 showcases devoted to the life of yesteryear are also a must, as are the murals. Temporary exhibitions complete the visit

After Lascaux 2, Lascaux 4 is the new facsimile of the Lascaux cave. It offers visitors an almost complete reconstruction of the public part of the original cave. It has been designed using a digital clone that has made it possible to create hulls on which artists have projected 3D images of the original cave. They then reproduced them identically with the same pigments and the same gestures as prehistoric man in order to be as close as possible to the original cave. At the end of the visit, several areas allow you to go further in understanding the reconstruction techniques. Thanks to luminous processes, it is possible to discover drawings hidden in the stone. A tour of the parietal world is also carried out thanks to 3D projections. The aim of this centre is to sanctuarize the hill where the original cave is located

The National Museum of Prehistory is THE museum of the world capital of prehistory, a must to put into context the visits to the shelters located nearby. Thanks to the acquisition of pieces of local origin, but also from other regions of France, it recreates the complete chronological order of the Paleolithic period, from the installation of the first hunter-gatherers in Aquitaine 400,000 years ago, until the end of the ice ages, i.e. 10,000 years before our era. The collections of tools and prehistoric artworks unearthed in the surrounding area are presented with the same chronological and geological emphasis. Flintknapping, but also the numerous Venus of Europe are in the spotlight. The visit reviews the lithic and bone industry, the engraved and sculpted blocks - the first world ensemble in this field -, the movable art, the burials, the prehistoric fauna

The enemy castles: Castelnaud and Beynac

The fortress of Castelnaud was founded in the 12th century on a rocky spur and strongly crowns the village which it dominates with its ramparts. Removed five times by the English, the castle will find with pride its attachment to the fleur de lys only in 1442. It will become a pleasure residence and the artillery tower will be built around 1520. Little worried during the Wars of Religion, it will be slowly forgotten after the Revolution. Its collection of weapons and armour and the life-size reconstructions of war machines - mangonel, trebuchet, pierrière, bricole - constitute a rare treasure for discovering the art of war in the Middle Ages and the life of the lords

The castle of Beynac, built on a cliffside 150 metres above the Dordogne, is an ideal observation point over the whole valley. Above all, it faces its lifelong enemy, Castelnaud. It is the seat of one of the four baronies of the Périgord. Provided with very thick walls, Beynac plays the defense until the end with its austere side of fortress. Construction began in the 12th century, but it will undergo modifications until the 17th century. You will also appreciate the kitchen where Luc Besson's Joan of Arc and Jean-Marie Poiré's Les Visiteurs (The Visitors ) among others have sat. The visit ends with the magnificent small 12th century chapel, topped with lauzes, a typical Perigordian roofing. From the terrace of the castle, the view over the Dordogne valley and the hillsides crowned with castles is admirable.

Take the many hiking trails, including two GR 36 and 64, on foot, by bike or on horseback in a sometimes wild nature, go down the streams and rivers in canoe, kayak or gabarre, these are unique experiences, to be shared as a family, and which will delight strollers, the curious or the sporty

The wine lovers will go on the Bergeracois wine route. With its 12 000 hectares and its 1 200 harvesters, the vineyard is the other great vineyard of Aquitaine, whose origins go back far in time. Thirteen appellations and several colours of wine: red, rosé, white (dry, sweet and syrupy). Centred around Bergerac, each appellation generously offers its riches. And, for the sweet ones, saussignac and monbazillac. Travelling along the wine route, one meets winegrowers, winemakers, most of whom have been working in the vineyards for several generations and for some years now, British, Dutch, etc., who have fallen in love with the Dordogne and its wine. All of them love to share their passion and are attached to the quality of their production, to make it the showcase of a Périgord apart, with its own identity

When? Every season has its charm, but it is in autumn that the colours are most beautiful 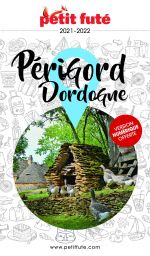 The countries of Europe can boast of some superb villages. Peaceful, timeless places, where people like to stroll ...

Many people living in urban areas want to leave the city for a weekend or more to enjoy the pleasures of country life. ...