Deux-Sèvres - the capital of Niort - is a department in central-western France that belongs to the New Aquitaine region. Why, the Deux-Sèvres? In reference to the presence on this territory of the Nantes Sèvre, a tributary of the Loire, and the Niortese Sèvre which flows into the Atlantic Ocean. Its capital, Niort, is located in the hinterland. A lot of charm for this destination around jewels like the Marais poitevin, a very particular biotope that can be discovered by boat, on foot or by bike. On this picturesque territory, you can enjoy the unusual water market. Moreover, this terroir has no shortage of flavours and gives treasures such as saffron and truffle and perpetuates the tradition of peasant recipes, including stuffing, a terrine of green leaves and pork, or the fouace of Mothe-Saint-Héray, also known as the fouace of Rabelais, between bread and brioche, with a well kept secret, which has been kneaded in La Mothe since the 16th century. You can cycle on this territory without significant gradients and paddle on the Sèvre river to the Marais, enjoying romantic landscapes along the river or even walk in the national forest of the Chambrille valley. So many opportunities to recharge your batteries outdoors. What else? What else? Visit a museum dedicated to Protestantism and Huguenots before sleeping under a yurt in the middle of a meadow where these Poitou donkeys frolic. You can recognize them by their cross of Saint-Martin on their grey dress. It's the sweet Poitou

What to visit Deux-Sèvres?

When to go to Deux-Sèvres?

When to go to Deux-Sèvres? Due to the mild climate during five months, from June to October, the weather conditions are pleasant for outdoor activities. In winter showers are frequent. In spring the temperature only rises gradually. It is necessary to wait until summer to benefit from the heat from the early morning. Summer is very pleasant except for a few storms. Stay tuned for local weather. As for autumn, it often plays Indian summers and the heat also decreases very slowly until the winter cold. To summarize, avoid December, January and February if you want to enjoy the outdoors. Les Deux-Sèvres is home to part of the Parc naturel régional du Marais poitevin. It is in the early morning and at dusk that you will most easily observe the wildlife of this biotope, which is very rich in biodiversity

From March to November, festivals are scheduled throughout the department. Of course, it is in summer that the concentration of these cultural and festive events is highest. We can mention the Menigoute à la Toussaint festival, the International Ornithological Film Festival (FIFO) which brings bird lovers from all over the world.

80 km from the ocean, Deux-Sèvres is logically and undeniably subject to an oceanic climate. This one is distilled in the Deux-Sèvres with a certain sweetness. Between June and October the temperature is around 20°C. In winter, the average is 9°C. December is the rainiest (about 160 mm) and least pleasant month for this destination.

Prepare for your trip Deux-Sèvres 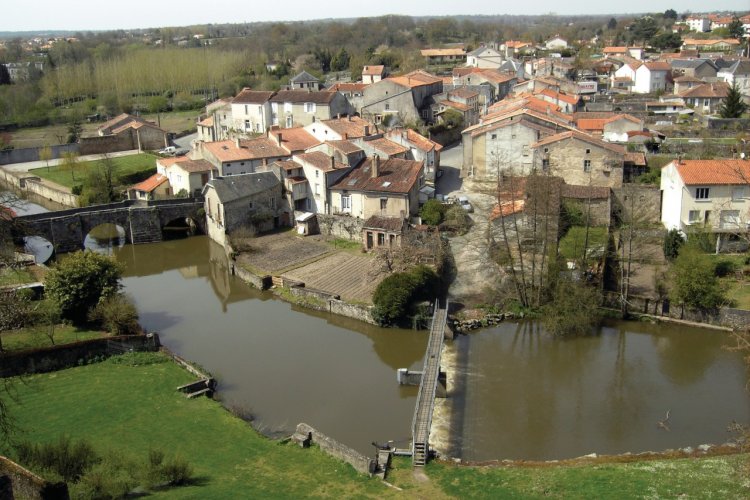 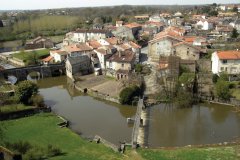 When to go to Deux-Sèvres? Due to the mild climate during five months, from June to October, the weather conditions...
Read more about it

80 km from the ocean, Deux-Sèvres is logically and undeniably subject to an oceanic climate. This one is distilled i...
Read more about it

France is famous for its varied landscapes. Countryside, high and medium mountains, seaside, vineyards, it's simple, there is something for absolutely every taste. The best part is that some of them give us the impression of having flown beyond our borders. The feeling of walking in the leafy lands of Canada, of treading the sand of a beach in Polynesia or even of approaching Turkish geological curiosities, these experiences are all possible ...

Parthenay is transformed into a huge playground for the FLIP!

The FLIP, Festival Ludique International de Parthenay, is a city that for 12 days is transformed into a giant game board, with more than 4,000 games and toys in free access in the city of Deux-Sèvres, as well as a multitude of animations. There will also be tournaments, animated films and other online game competitions, and conferences dealing with current topics such as "What if we played at work" or "Games and ecology: it's possible! The ...

Among the original ways to discover landscapes, cities and heritage, there is the balloon flight. For the passengers, young and old, a balloon flight is a soothing moment, and one quickly feels invaded by a feeling of lightness and well-being. And what could be better than to take a little height to marvel at the landscapes, forests and other mountains? Not forgetting the towns, villages and the most beautiful elements of heritage. With its ...

The Marais Poitevin, this mysterious territory..

To the east of the Parc naturel Régional du Marais Poitevin, an immense wetland, is a landscape forged by a delicate alliance of water and vegetation. Vast maze of canals, rows of stocky trees, narrow pastures where cows graze... Exuberant in spring, secret in the heart of summer, diaphanous in autumn and collected in winter, the Wet Marsh seems wild, but inherits from the hand of Man who shaped and tamed it. The interest of its natural, ...