The Lanaudière region owes its name to history. It perpetuates the memory of Marie-Charlotte de Lanaudière, daughter of the Lord of Lavaltrie and wife of businessman Barthélemy Joliette, descendant of the famous explorer Louis Jolliet. It evokes the lineage of the lords of Lanaudière who contributed, for seven generations, to the defence and development of the French colony, this country and this region of America. Its nickname "Green Region" is more than a physical description: it is a symbol that reminds us, among other things, of the peace and quiet of nature. The Lanaudière region is part of the central regions of Quebec. It is located between the St. Lawrence River and the Laurentian Mountains, between the Laurentians and the Mauricie region. The region is made up of three distinct geographical areas: the plain in the south, dotted with agricultural towns and villages, is home to a rich heritage of historic sites; the piedmont, in the centre, has become the playground for "vacationers" and holidaymakers thanks to its many lakes and natural attractions; and the Laurentian Plateau, in the far north, where the forest country is found, is the realm of fishing and outdoor adventures. Lanaudière includes two wildlife reserves, Rouge-Matawin and Mastigouche, and two-thirds of Parc national du Mont-Tremblant is located on its territory.

The Lake Saint-Pierre archipelago is a unique lake environment reminiscent of the Louisiana bayous. Within this archipelago of islands, where the channels cut the territory into Chinese puzzles, is the largest heronry in Quebec. It is important to note that the Berthier Islands, which together with the Sorel Islands form the Lake Saint-Pierre archipelago, have been officially recognized by UNESCO as a biosphere reserve. The Lanaudière region is characterized by its waterfalls and cascades. Among the most important are the now famous Dorwin Falls in Rawdon, located on the Ouareau River, which is associated with the Indian legend of the Nippissingen sorcerer. At the junction of the Noire and Assomption Rivers, the Chutes-Monte-à-Peine-et-des-Dalles Regional Park has the most powerful waterfall in the metropolitan region. The construction of three new bridges and six observation lookouts as well as the installation of numerous stairs and footbridges facilitate access to this generous nature. Further north, an area at altitude is at the crossroads of the watersheds of the Assomption, Mattawin and Du Diable rivers. This territory of medium mountains is bounded by Sainte-Émélie-de-l'Energie, Saint-Zénon, Saint-Côme and the eastern part of Mont-Tremblant National Park. This spring topography creates a fresh water environment that explains the concentration of speckled trout fishing outfitters, another characteristic of the Lanaudière region. Further north, about an hour's drive from Saint-Michel-des-Saints, we arrive at the Manawan Aboriginal reserve where the Atikamekw people live.

Bus. The MRC de Joliette provides a link between several municipalities in the region as well as with Montreal (attention: departures are from the Radisson metro station in Montreal and not the Berri-UQÀM metro bus station). For more information: www.jembarque.com. Orléans Express serves a number of municipalities in the region, including Terrebonne, Repentigny and Berthierville. www.orleansexpress.com

Car. Several roads serve the Lanaudière region. Here are the main road accesses according to the regions of departure.

Laurentians: from Saint-Jérôme, take route 158 East, which runs entirely through the Lanaudière region, passing through Joliette. From Sainte-Agathe-des-Monts, take route 329 North to Saint-Donat.

Mauricie: from Shawinigan, follow route 350 West and take the junction with route 348 West. From Trois-Rivières, Route 138 West or Highway 40 West crosses the region.

Montérégie: take the ferry at Sorel-Tracy in the direction of Saint-Ignace-de-Loyola or go through Montreal depending on the point of departure.

Montreal: Highway 25 North goes to Saint-Esprit, while Highway 40 crosses the entire region from west to east.

Prepare for your trip Lanaudière 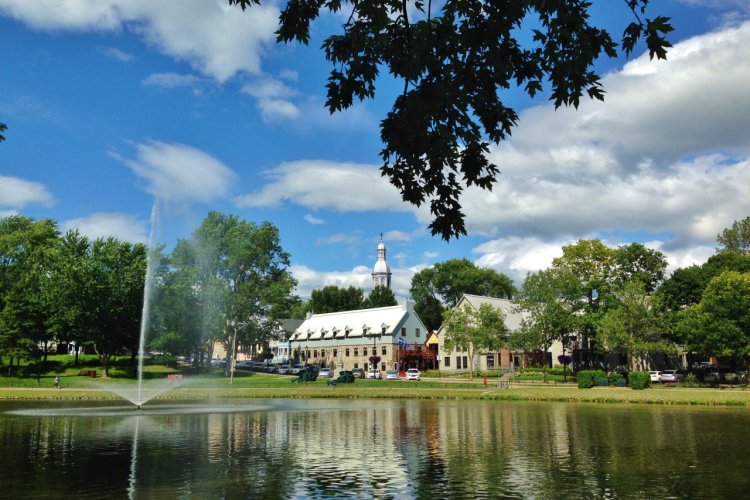 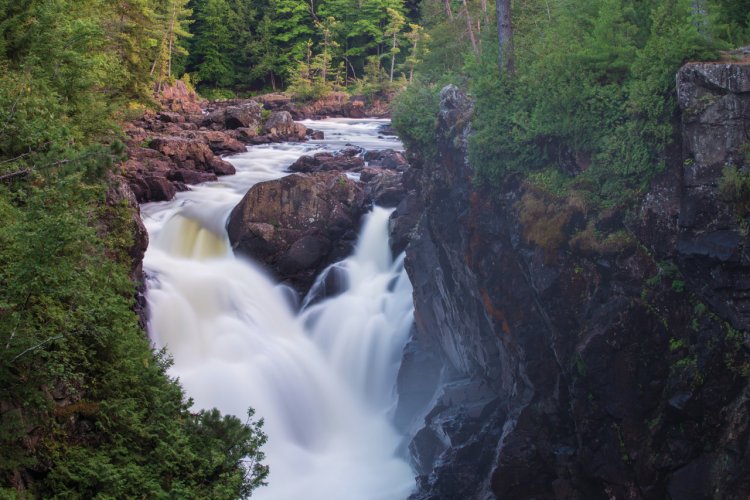 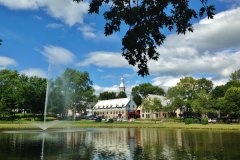 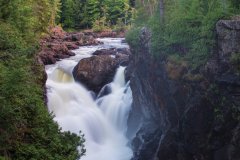