Leaving Quebec City, you have to choose between three directions: the Saguenay-Lac-Saint-Jean region, on the northern axis; the Bas-du-Fleuve region, which is reached by the roads that run along the river to the south and towards the Gaspé Peninsula; and the Charlevoix region, first and foremost. Charlevoix is a 6,000 km² territory, located in the heart of the Canadian Shield, the oldest geological soil on earth. The mountain range that characterizes it, and which ends in the St. Lawrence, is the Laurentian mountain range, largely covered by the boreal forest. Part of its region was proclaimed a World Biosphere Reserve by UNESCO in 1988, no less. Charlevoix has a population of just over 30,000 inhabitants who live mainly from the forest, tourism and agriculture.

Its fame as a resort began in the late 18th century, more precisely in La Malbaie, thanks to the Scottish Lords Malcolm Fraser and John Nairn who, as early as 1760, received visitors in their manor house. The area became very popular, with its boarding houses, small hotels and picturesque places to go hiking, trout or salmon fishing, or seawater bathing. So much so that in 1899 a 350-room hotel, the Manoir Richelieu, was built in the Pointe-au-Pic sector of La Malbaie. It was by steamboat, then called the floating palaces, that the first tourists disembarked in large numbers. Since then, an important network of hostels has been created. Charlevoix boasts a tradition of hospitality that goes back more than two hundred years. It is also recognized in Quebec as the gastronomic and tourist region par excellence.

From Quebec City, Route 138 East caresses the river on its north shore, winding from Sainte-Trinité-des-Caps to the mouth of the Saguenay Fjord at Baie-Sainte-Catherine. It is the most romantic itinerary in Quebec, the most pleasant and picturesque, the one whose panoramas will imbue your dreams to come. However, you are likely to have your ears plugged, as the gradients and slopes, which sometimes reach several kilometres in length, are so great. But this strange discomfort is nothing compared to the fascinating view you will enjoy from the top of the capes. You will observe the sea at your leisure until the majestic Saguenay-St. Lawrence confluence where the ultimate encounter between man and whale will take place.

Charlevoix owes its name to Jesuit Father François-Xavier de Charlevoix, who was the first historian of New France. The region's inhospitable shores, which were too difficult to access, and especially the King's Farm's monopoly on the trade beyond Baie-Saint-Paul, prevented families from settling there. As a result, Charlevoix was not occupied until quite late in history, more precisely in the 18th century. It was around 1675 that the first inhabitants arrived and settled in the Petite-Rivière region. A few years later, some families settled in Baie-Saint-Paul, then in 1710, they requested authorization to settle in Isle-aux-Coudres. The inhabitants promise to respect the king's monopoly and to live only on agriculture and gathering. For their part, the sector of Saint-Irénée, occupied around the same time, and that of La Malbaie, known to the coureurs de bois since the end of the 17th century, will only really develop after the English conquest. Unlike Saint-Irénée which, in 1750, already had a few hundred families, La Malbaie is sparsely populated. It was not until Governor Murray's grants of seigneuries that a few highlanders (the name given to soldiers from Great Britain who were part of a regiment whose uniform was the traditional costume of the Highlands region of Scotland; also refers to the inhabitants of this region) settled alongside the Francophones.
One of the characteristics of the Charlevoix population is that it has remained faithful to traditions. Despite the modernity of its urban values, the city has retained a spirit reminiscent of the old days. This is one of the reasons why the region is among the most sought-after by tourists and artists. The Charlevoix School of Painting had its golden age from 1900 to 1940, bringing together artists such as Clarence Gagnon, René Richard, Alexander Young Jackson, Patrick Morgan, Simone-Mary Bouchard, Georges-Édouard Tremblay and Robert Cauchon.

In La Flore laurentienne, Brother Marie-Victorin explains that the region, having escaped the glaciation that transformed all of eastern Canada, has a unique vegetation, a remnant of the pre-glacial period. The following glaciations nevertheless shaped the country, leaving an impressive rocky front at Les Palissades, near Saint-Siméon, and morainal deposits at Lac Sainte-Agnès, near Clermont. The main ornithological attraction of the region is, without a doubt, the spectacle of the huge gatherings of snow geese. They stop on the shores of the St. Lawrence River during the migrations that take them from the Arctic lands, where they nest, to the Atlantic coast of the United States, where they winter. In spring and autumn, numerous formations fly over the tidal flats (part of the coast that is uncovered at low tide) and cover them with their brilliant whiteness. This is one of the rare and grandiose spectacles that nature has generously blessed Quebec with.

Car. Several roads serve the Charlevoix region. Here are the main road accesses according to the regions of departure.

Lower St. Lawrence: from Rivière-du-Loup, take the ferry to Saint-Siméon.

North Shore: follow route 138 West and take the ferry that leads from Tadoussac to Baie-Sainte-Catherine, the western gateway to Charlevoix.

Saguenay-Lac-Saint-Jean: from the city of Saguenay, take either Route 381 South which leads to Baie-Saint-Paul, or Route 170 East which leads to Saint-Siméon. Between Baie-Saint-Paul and La Malbaie, you can follow route 362, called the "Route du fleuve", which offers an exceptional panorama of the St. Lawrence. You can also take the "Mountain Road" which connects the two national parks in the region.

The must-see places in Charlevoix

Prepare for your trip Charlevoix 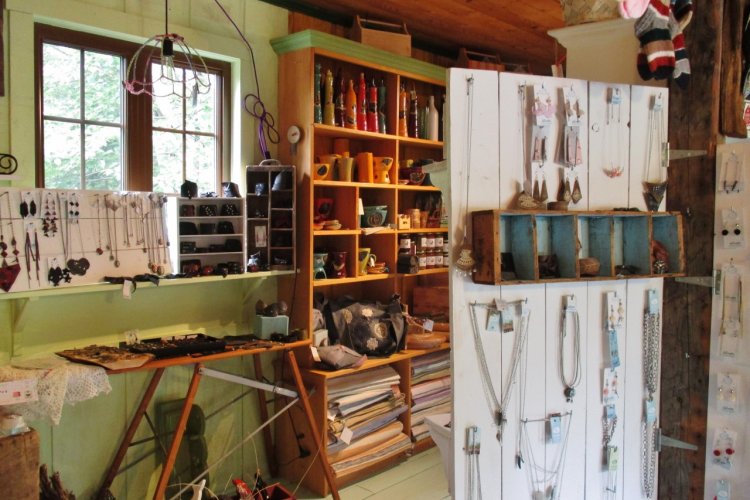 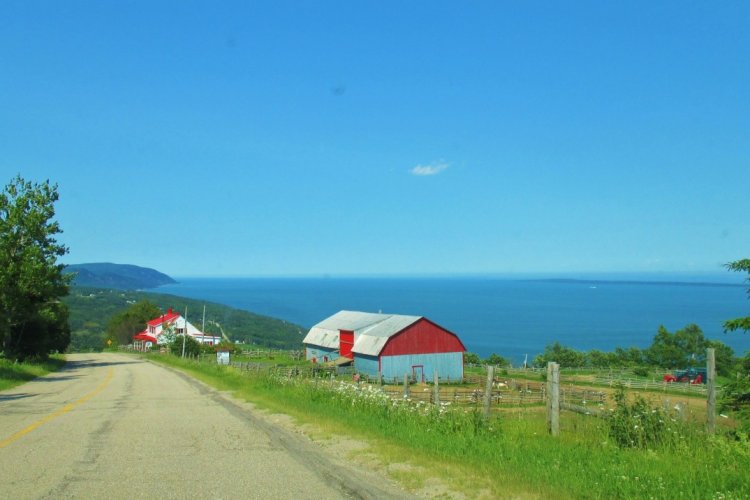 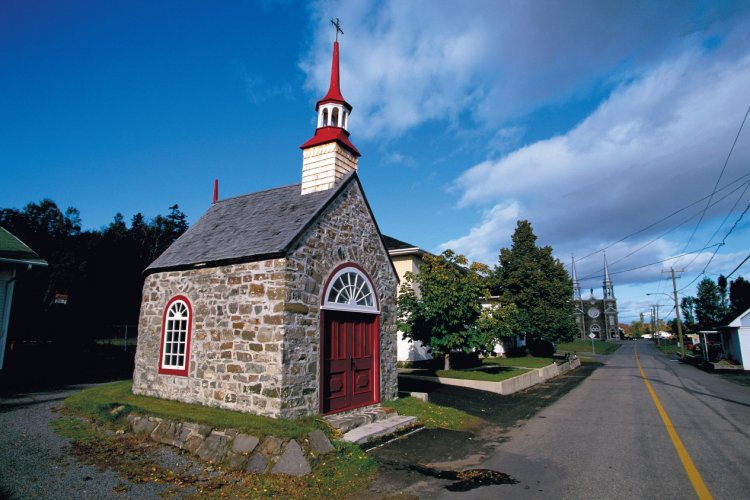 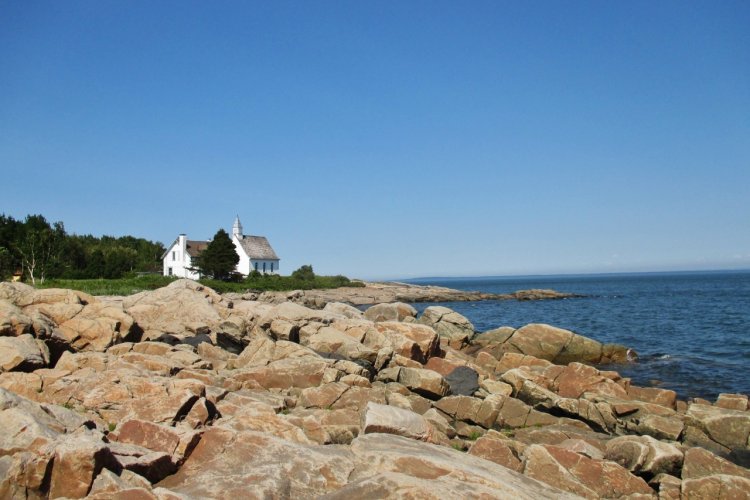 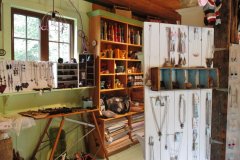 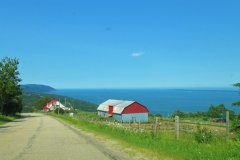 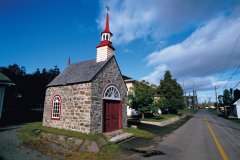 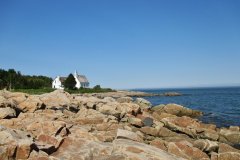