Top 10 things to do and see at la Villette

The Parc de la Villette is one of the largest green spaces in Paris. A multicultural and artistic place, it welcomes every year millions of visitors who come to enjoy culture, art, science, but also leisure and games. In this space open to all audiences, you can discover innovative and unusual activities and take part in new experiences in the heart of the Capital. To all those who wish to take part in an original discovery of Paris, do not hesitate to go and spend some time at the Parc de la Villette, it is an unmissable centre and a dynamic site in perpetual renewal. 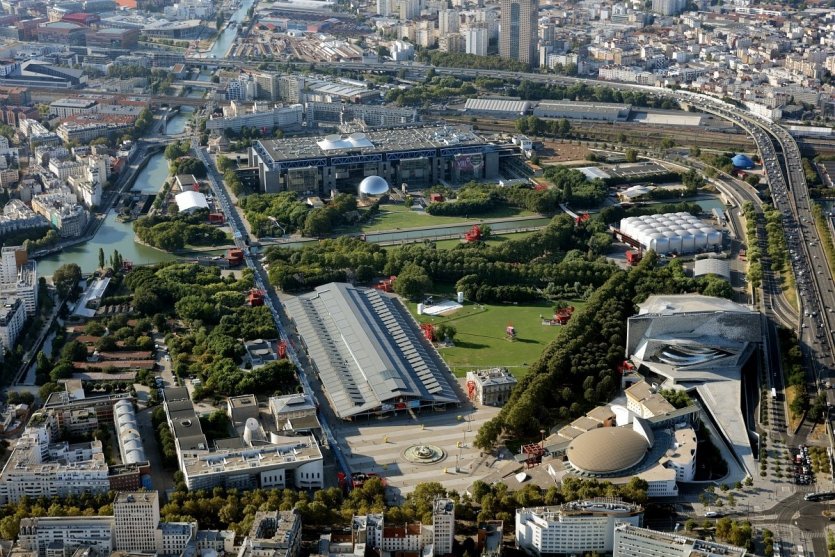 The Grande Halle de la Villette is the building of the former slaughterhouses, which was built between 1865 and 1867. This is the former oxen's hall and is now listed as a historical monument. Today, it hosts cultural events and trade fairs. Care should be taken to consult the programming, as this is an unmissable cultural venue in the French capital, with concerts, theatre, dance, conferences, exhibitions and festivals. If we can see renowned artists in the field of entertainment, it is also the venue for the Forum for Peace or the Tattoo Salon 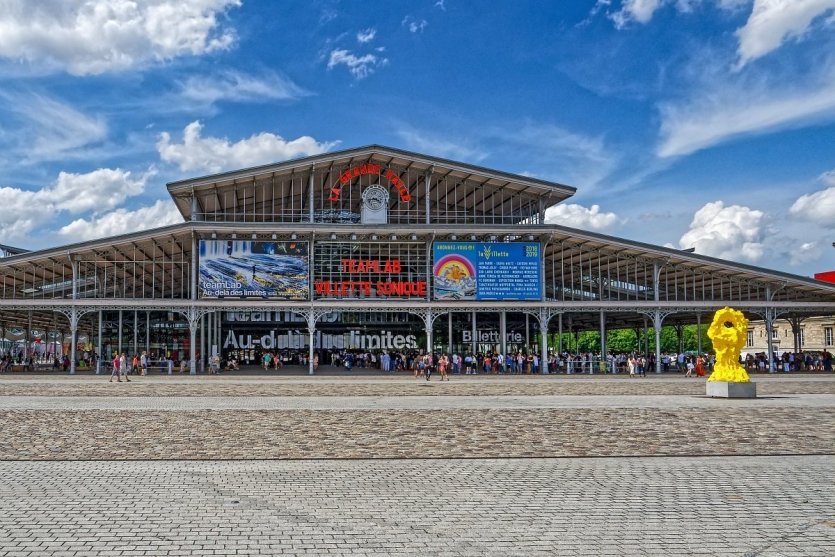 The 26 Follies, a surprising architectural concept

The Folies de la Villette are 26 places scattered throughout the park. They are distributed every 120 metres and are the work of the Franco-Swiss architect Bernard Tschumi, and are easily spotted by their bright red colour. They have all been designed on the principle of declination of a red cube of 10.80 meters on each side, and are more or less openwork. While they evoke the playful constructions of 18th century royal gardens and parks, and while they inevitably catch the eye once you enter the Parc de la Villette, it is important to know that some of them only serve a transitional function, as a passage, while others are real places of fixed activities. There are cafés, a ticketing area and an information point 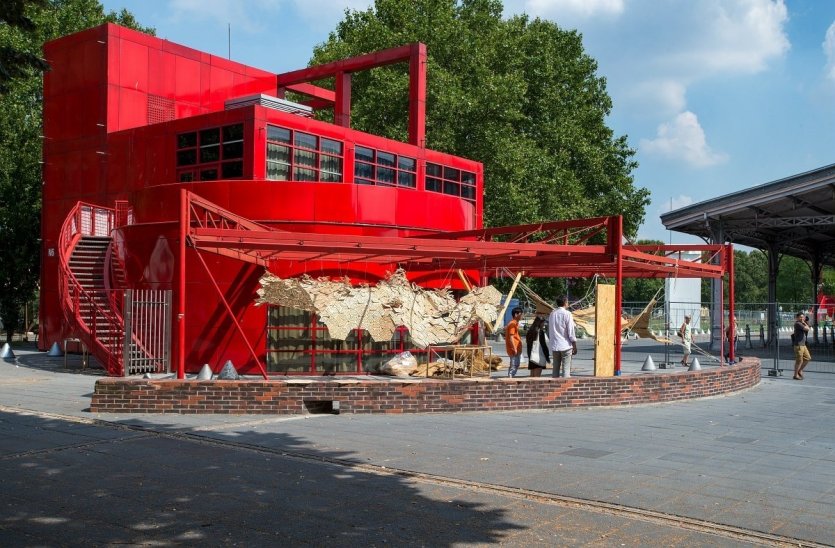 Little Villette is a 1,000 m2 space dedicated to families and children to spend time around play, body awakening, manual activities or even cinema and shows. Installed in the Paul-Delouvrier Pavilion, parents and children come to participate in art workshops, play a board game at the game bar, and can vary the pleasures by settling down in the Lego corner or in the reading corner. Activities in free access and open to all. Children's shows are also held and in the surrounding area, garden areas give children the opportunity to familiarise themselves with nature and farming practices 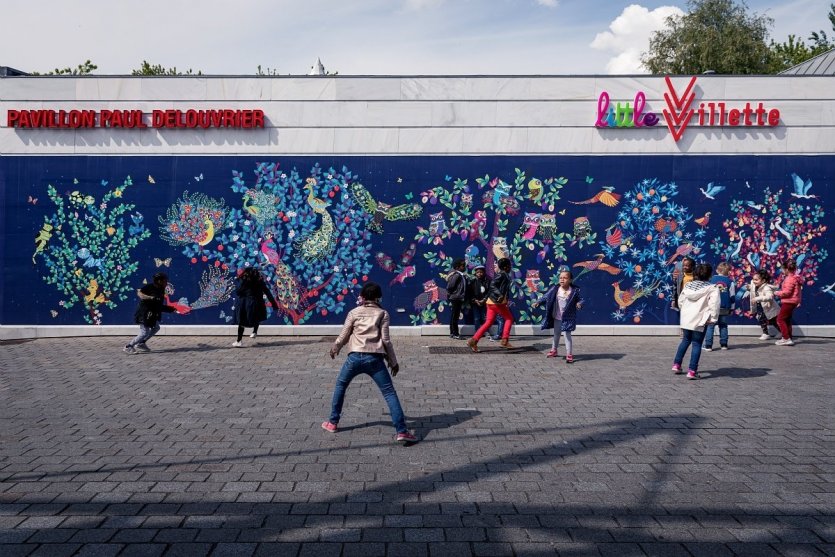 L'Espace Chapiteaux, a place for the circus

The Espace Chapiteaux is a 4,200 m² space for the diffusion of contemporary circus in the heart of Paris. Companies are welcomed in the Chapithôtel for residences, and it is also the place to stay for companies performing in the Parc de la Villette. The Espace Chapiteaux supports with conviction the circus arts so that the Parisian public can discover the many companies that make up today's circus, both established and emerging. The program is to be watched closely so that young and old alike come to marvel at the magic, acrobatics, cabaret, but also puppet and shadow theatre shows. 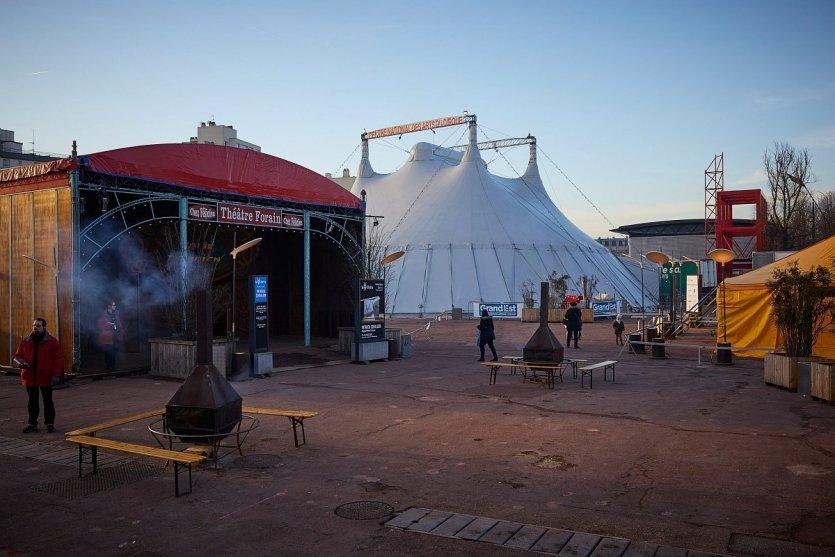 As its name suggests, the Périphérique is located under the ring road, in the Parc de la Villette. An original location for a space that is just as original. These are the former buildings of the National Circus School. The Espace Périphérique is today a space for creation, production, artists' residencies and events related to the worlds of circus, puppetry and the street. Three genres that today take contemporary forms by mixing and blending with other disciplines such as video, dance and plastic arts. Several events are scheduled there such as Rendez-vous Hip Hop or the Villette Sonique music festival. 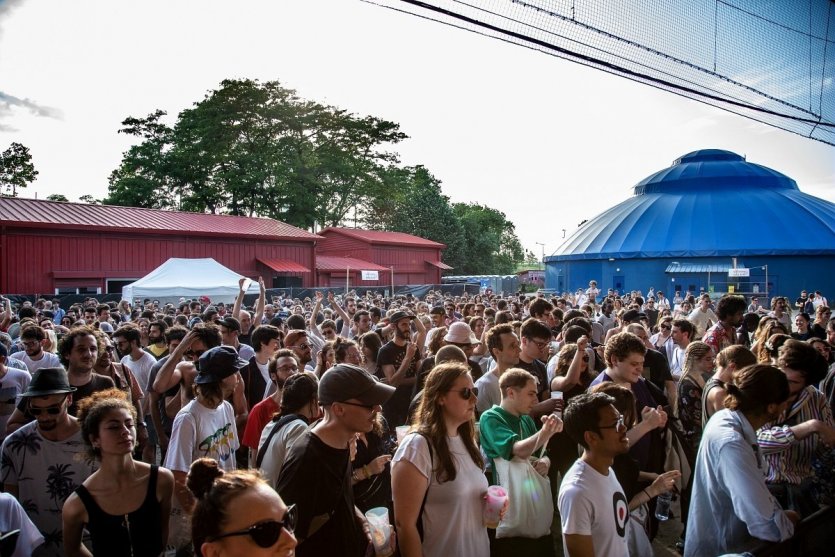 Originally, this place was intended for the storage and treatment of hides. Since 2002, it has been hosting artist residencies as part of La Villette's creative support policy. La Halle aux Cuirs specialises in hosting dance companies. It makes two rehearsal studios available to companies and is the only French programme to accompany the creation of hip hop. Each year, about twenty companies work on their future choreographies and the residencies are also an opportunity for them to become more professional. Some of the residence exits are open to the public, so don't hesitate to keep informed about the programming. 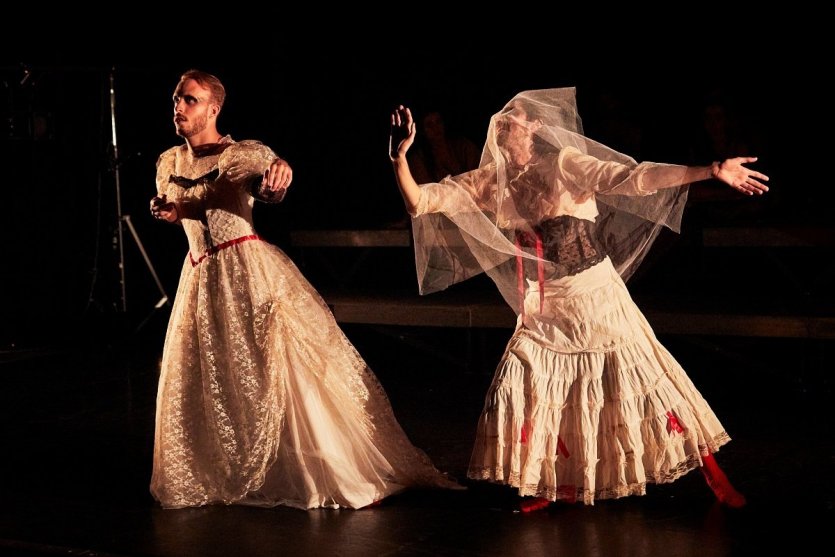 A walk in the green spaces

This is another function of the Parc de la Villette, which is highly appreciated by locals and visitors alike: that of being one of the most important green spaces in Paris. The cinematic walk is a suite of twelve thematic gardens. In these spaces delimited by footbridges during the day and by a dotted line of light at night, one goes from a bamboo grove to the Treille garden, where the vine stocks provide shade and where one can hear the sound of the fountains. Then later, we go into the garden of childish frights, a mysterious forest of birch and blue spruce trees where strange music is played. In this real green lung within the metropolis, you can enjoy the vast green and wooded areas, dive into the heart of various atmospheres, just as you can stop to read and reflect. The gardens also host events such as "Cinéma en plein air" and concerts at the Villette Sonique festival. 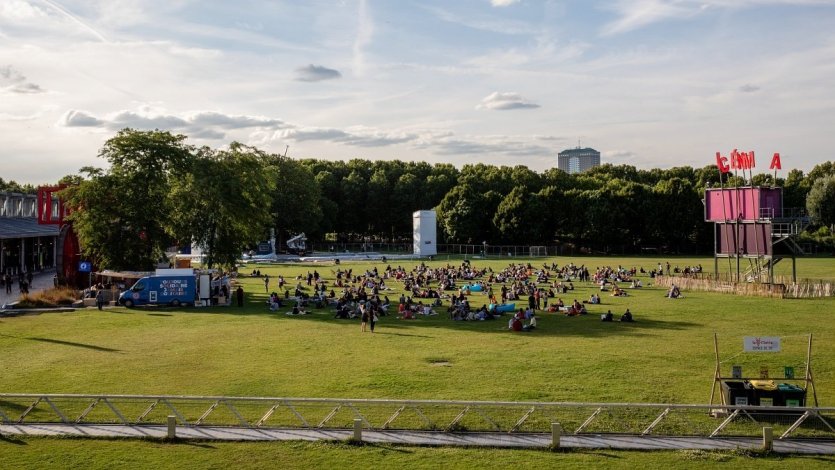 The world from the farm to the Villette

In the summer, then in autumn, the Tiligolo educational farm settles in Little Villette. Children discover animals and baby animals under the eye of the farmer clown. They also have the opportunity to ask any questions they wish about the lives of their friends, whom they take pleasure in caressing, pampering and even feeding. A perfect opportunity to become a farmer for a day, to ride a donkey or to take part in games. Highlights that appeal to families and are precious moments for children who are learning about the world of animals and nature. 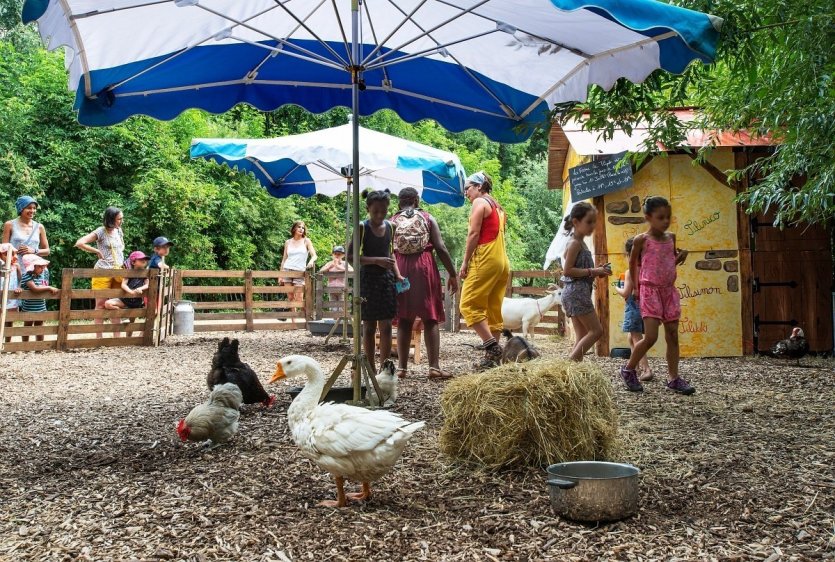 It is now two years since the countdown was launched for the City of Paris to host the Olympic Games in 2024. Parc de la Villette is one of the venues that will host sports events during this global event. At the Zenith, weightlifting competitions and Paralympic taekwondo and judo competitions will take place, while the Great Hall will host Paralympic weightlifting competitions. As a "Live Site" with the Trocadero, the Parc de la Villette, which, it should be remembered in passing, is the largest cultural park in Europe, will also offer initiations to Olympic and Paralympic sports, in addition to having a rich cultural and festive programme to celebrate this historic highlight 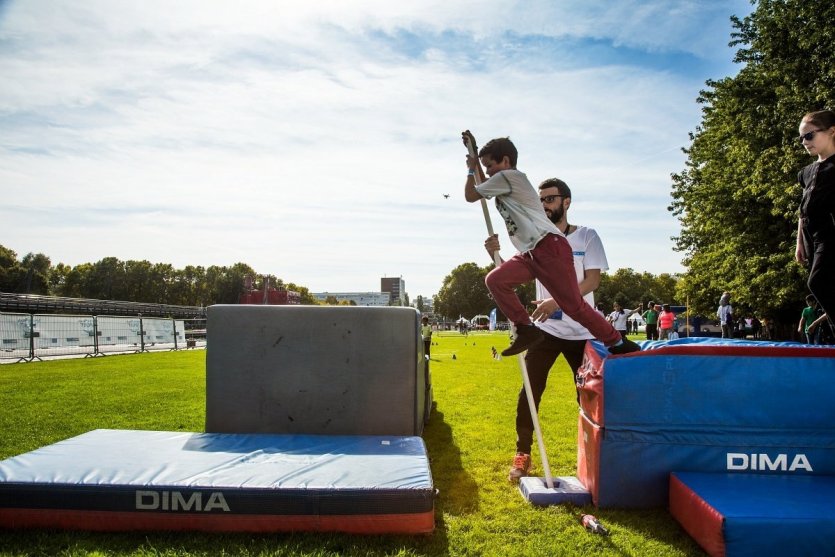 For history, the Zénith Paris - La Villette is the first hall that was built under the Zénith sign, and if the hall was to be ephemeral, it is still there and has even given rise to several replicas in seventeen French cities. The hall has very interesting acoustics for the music and all the shows that take place there throughout the year. In addition, there is a capacity of more than 6,800 people. Song in various styles, rock, pop or world music, one man shows, musicals, the programming is dense in this room which is one of the most important in Paris and by looking closer, we realize that the affected audiences are also, extremely varied. 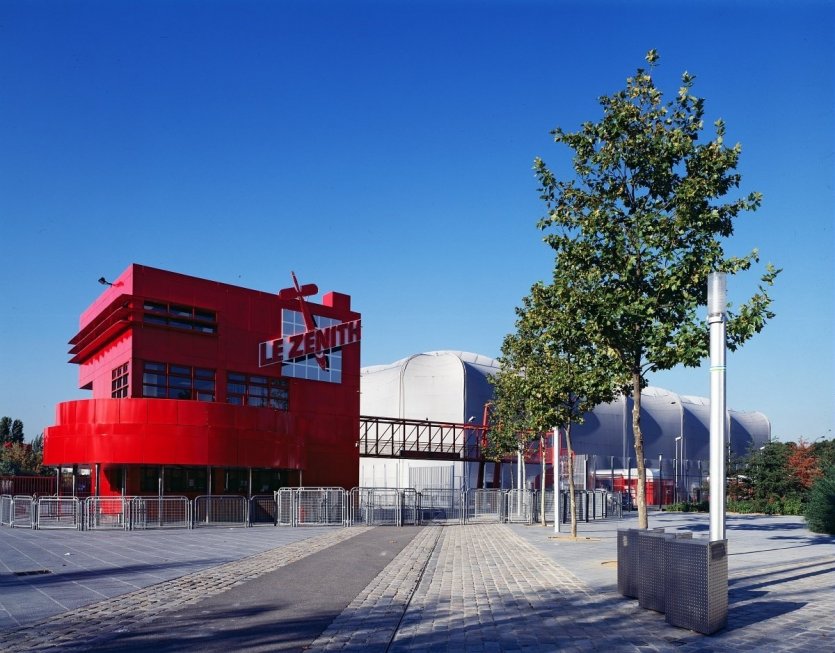 Are you looking for the ideal place to spend a tender moment with your half? Valentine's Day is coming up and you want ...
Read the article

Winter is indeed here but, despite the cold and grey weather, you want to pack your suitcases more than ever? Very good ...
Read the article

Our selection of vegan ...

In restaurants, it is sometimes difficult to find a vegan alternative. However, many specialized restaurants are ...
Read the article
To be read next:
Copenhagen's must-see attractions
20 culinary specialities to discover in Italy
Top 10 countries to discover on a motorcycle trip
The 10 typical dishes of French gastronomy
The 5 most authentic destinations in Latin America in 2020
TOP 5 of the most beautiful treks to do in the Himalayas
Barcelona's must-see attractions
Top 5 destinations where to stay in a luxury hotel for a cheap price
The best destinations for backpackers in Europe
Review