Fantastic, chaotic, grandiose, vertiginous, spectacular, Santo Antão is the island of superlatives and a paradise for hikers. It is incredibly beautiful, with towering mountains and deep, mostly green valleys. Reforestation has been important, facilitated by a favourable climate and regular rains (despite 3 years without rain since 2017). With a surface area of 779 km², it is second only to Santiago in size. Its maximum length is 43 km long and 24 km wide. It is a very mountainous island with its three peaks rising to over 1,800 m, aligned from southeast to northwest, forming a chain that separates the island into two slopes, one to the south and the other to the north. The latter is the most indented, with steep peaks alternating with deep valleys. The Tope Coroa, at 1,979 m, is the highest, followed by the Gudo de Cavaleiros, at 1,811 m. This island surprises by its contrast, a mixture of vegetation and arid land. The north, which is humid, is provided with plantations and crops, this is the green zone, while the south remains very dry. The centre is very cool because it is on the heights. Its subsoil is rich in pozzolana, a raw material used to make cement.

The island has many varieties of floral and plant species as well as springs that the government is considering exploiting in order to moderate the import of water from abroad. Here, and especially in the eastern part of the island, there are rivers that are active all year round, which is rare in the Cape Verde archipelago.

You'll enjoy walking among giant ferns and sugar cane and banana plantations; or wandering the winding paths on board the famous juvitas, those cloth-covered wooden carts. The activity is essentially rural and the smallest arable plots are exploited.

The discovery of Santo Antão dates back to the 15th century, when in 1462 Diogo Gomes landed there, but settlement did not begin until the 16th century. The island, although it has water and an excellent climate, does not allow for rapid development because communication networks are difficult to establish because of the mountains and unsafe anchorages.

In the nineteenth century the construction of roads began and, around 1960, work began on the creation of the port of Porto Novo in order to transport crops more quickly to Mindelo. Nowadays, this activity continues and is growing with the development of new roads and the considerable improvement of communication networks. Fishing is practiced in Tarrafal, Porto Novo and Janela but it is not the main activity, as the inhabitants are of peasant tradition. Tourism has been growing in recent years, with the help of the Luxembourg Cooperation, and new hotels have made up the shortfall in hotel infrastructure.

There are many unspoiled places with grandiose landscapes, deep ribeiras, streams, dizzying rocky slopes, peaks and peaks drowned in clouds.

Beaches are rare because the coast is rather rocky and mountainous and makes access difficult. Those of Praia Formosa to the east and Tarrafal to the west are splendid.

You disembark at the port of Porto Novo which is well sheltered from the wind. From there, you will take an aluguer that will take you north, on the other side of the island, by the new coastal road that passes through Janela. Some aluguers sometimes take the old tortuous cobbled road built by hand stone by stone through the mountain. It is called Estrada Corda, the route of the rope, because it straddles the mountain tops and winds over precipices with chasms of more than 1,000 m on each side, crossing the island like a rope thrown into nature, from one end of Santo Antão to the other. This is one of the most beautiful roads in the country.

During the first few minutes of the journey, you really wonder if there is any vegetation on this land. Little by little, the first fir trees appear, first in tens, then in hundreds. The clouds build up, you enter the fog and you open your bag to take a vest because the coolness is there. You will be amazed by the beauty of this forest of pines, cedars, mimosas with the smell of candy and eucalyptus. It's a splendor up to Ribeira Grande in a unique landscape.

To the north, on the other side of the island and the mountain range, the valleys multiply and merge into an increasingly present greenery. At every bend in the road, on every descent, you will see, clinging to the sides of the mountains, lots of stone houses. One wonders how they hold up on these slopes and especially how the peasants managed to build them.

If you decide to stay on the island, it is best to sleep in Ponta do Sol, at least for the first few nights. The setting is nicer than in Ribeira Grande and the village life more pleasant and quiet. It is also where you can best organize your trekking tours. Nevertheless, since the opening of the Pedracin village and some pensions in Paúl, it is also very pleasant to stop sleeping in the Ribeira valley or in Paúl, a village a little wilder than Ponta do Sol. If you go to Santo Antão between August and November, be careful, it is the rainy season. They are quite frequent and strong, which explains the very large vegetation existing on its northern slope. It's best to equip yourself against the rain before going on a hike. For the most cautious among you, you can also hire the services of a guide to avoid passing through areas with too many risks (mud, landslides, slides).

Towards the west, the road climbs to over 1,500 m in a succession of gravel bends for about 10 km. Then there are barely passable tracks that wind through grandiose, lunar, mineral landscapes, pierced by immense precipices, often above a sea of clouds. High quality hiking terrain for aficionados of the discipline. The descent to the coast is as tortuous as it is dizzying. But the West contains some coastal oases that are among the island's most beautiful secrets. These little paradises are certainly difficult to reach, but above all they are difficult to leave.

Finally, it is in Santo Antão that grogue, a Cape Verdean brandy made from crushed and distilled sugar cane, finds its origin. To pass through Santo Antão without tasting it is almost impossible. You will find them everywhere along the ribeiras (don't hesitate to take an empty bottle with you to fill it up for a few escudos) but some specialists will offer you the best bottles.

The island also produces natural and fruity punches. It's very good and it's easy to drink, but beware of the side effects: they come on slowly. The locals will then be happy to take you back lying on the back of a juvita. Beware of old grogue fakes, pretty hard to find. In the cooperatives of Vila das Pombas and Porto Novo you can buy home-made jams and grogue.

Once accessible by plane, Santo Antão has not been accessible by plane since 2003, when the Ponta do Sol aerodrome was closed (in 1999, the crash of a TACV plane killed 18 people). As at Brava, the line was considered too unprofitable and the take-off and landing conditions too unsafe.

The must-see places in Santo Antão

Prepare for your trip Santo Antão 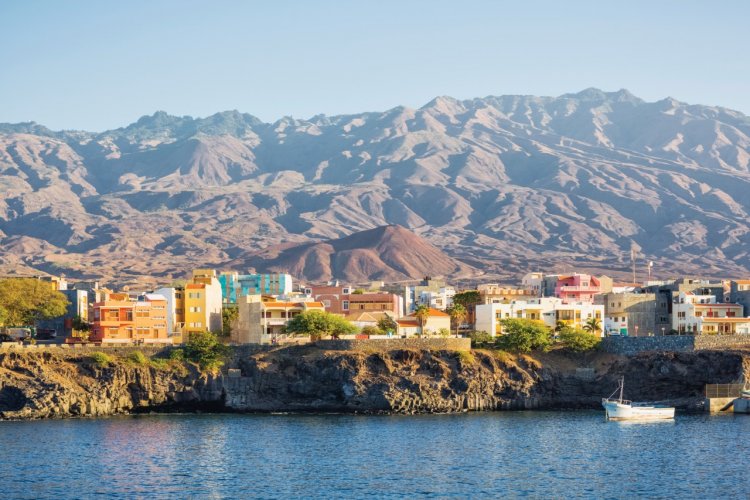 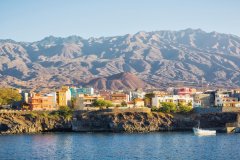 The CALETA taste break of PONTA DO SOL

After long hours of walking and minutes by car, you finally reach the north of the northernmost island of Cape Verde. The end of the end! Nothing beats staying in Ponta do sol, a fishing village that has developed on the northern tip of the island, dominated by mountainous slopes. The neat alignment of its multicoloured houses, its provincial atmosphere and the warmth of the inhabitants give this welcome stopover a unique charm. In the ...