Formerly nicknamed Lhana (plain) because of its relief, it is a flat island of 216 km² which extends from north to south for 30 km and from east to west for 12 km. The highest points are Monte Grande with 406 m and Monte Leste, 263 m high. The landscape is naked, arid and dry, bordered by magnificent beaches of fine golden sand. This island, although discovered in 1460, was one of the last populated. In the 19th century, the first inhabitants, originally from São Nicolau and Boa Vista, settled here with the beginning of salt extraction in 1830, from which the island takes its name. Salt was exported for more than a century until the 1940s. It was at this time that the Italians (from Mussolini) settled on the island, creating the airport that today is international, the Amilcar Cabral Airport. Thanks to the airport, Sal is experiencing a development that is slowing down the wave of emigration of its inhabitants. The 10,000 inhabitants are divided between Santa Maria at the southern end of the island and Espargos, the capital, centrally located near the airport.

It is also its airport that makes it one of the most famous islands of the archipelago, as it was, until the opening of the Praia airport, the only one able to receive flights from Europe. It is the island that has developed most strongly in terms of tourism with the largest hotel complexes in the country. Many construction sites are still in progress... It is likely that the only remaining deserted beaches northwest of Santa Maria will be gradually invaded in the coming years by ever larger hotel complexes.

The harmful consequence of this development, which is nevertheless beneficial to the Cape Verdean economy, is the disappearance of areas that are still wild and the appearance of ecological imbalances (leatherback turtles are increasingly rare to lay their eggs on the beaches of Santa Maria). Don't worry, if you go a little further away from the beaches of Santa Maria, there are still miles of deserted beaches where turtles are still present and where the only neighbours are a few crabs. The island's climate, warm but windy (harmattan often blows there), is highly appreciated for its healing virtues for people suffering from rheumatism.

It is not the only virtue he is believed to have. Indeed, studies carried out on the Pedra Lume saltworks site have revealed that the water from the crater of this ancient volcano effectively treats certain skin diseases. An Italian investor on the island recently bought the rights to operate the saltworks. Santa Maria remains peaceful even if tourists are increasingly approached by Malian and Senegalese craft vendors who can be quite intrusive from time to time. On the other hand, the Cape Verdean population is welcoming and very discreet. Sal is above all a destination for sailing enthusiasts (windsurfing and kitesurfing) and for holidaymakers looking for relaxation. The rates for sea sports are the cheapest in the archipelago. Numerous events punctuate the seasons: Carnival, Sal Festival (early September), Santa Cruz Festival (May 3), Santa Maria Festival (September 15) which celebrates the day of the patron saint of Sal, Nossa Senhora das Dores. The beach in downtown Santa Maria is lively in the evenings, as some of the restaurant bars play music; with a bit of luck, you'll also meet some real musicians.

The island's main resources are linked to the operation of the international airport and the airport activities that go with it, seaside and sports tourism and fishing. The recent development of tourism, particularly in terms of hotel infrastructure, has resulted in the island having the lowest unemployment rate in the archipelago.

By plane. The airport is located 2 km from Espargos. Flying in to Sal is really quite a thrill. You will be immediately surprised by the beauty of the seabed, in contrast to the aridity of the land. Flying over Santa Maria, you will be able to judge the recent expansion of the city and the size of the large hotel complexes. We recommend that you sit preferably on the right side of the aircraft when flying to the island of Sal.

The plane remains the simplest means of inter-island travel. For domestic flights, Binter-CV is the only airline offering scheduled flights.

By boat. Sea connections from Sal to the islands of Santiago, Boa Vista and São Vicente are irregular due to random schedules and dates. With the Praia d'Aguada ferry, connecting about twice a month with Santiago, count about 2,800 CVE, with São Vicente, count 3,800 CVE. With the Djom Dade ferry, twice a month link with Boa Vista, count 1,500 CVE. Information available at the shipping agency in Espargos or directly at the port in Palmeiras. Sometimes there is a day catamaran trip to Boa Vista.

Anchorages. In the protected port of Palmeiras, water and diesel supply, (6 m on a sandy bottom) but the first village, Espargos, is 7 km away. In the bay of Murdeira (8 m on rocks and sand) and finally the bay of Santa Maria (sandy bottom 8 m) where gales from the south are as rare as they are violent.

The must-see places in Sal

Prepare for your trip Sal 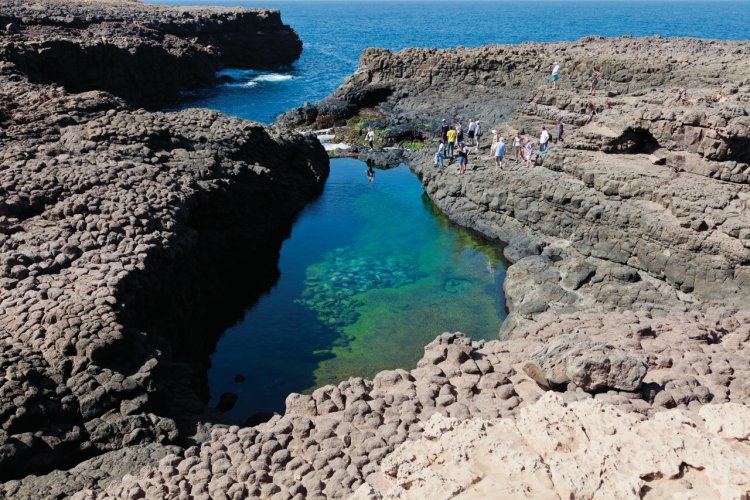 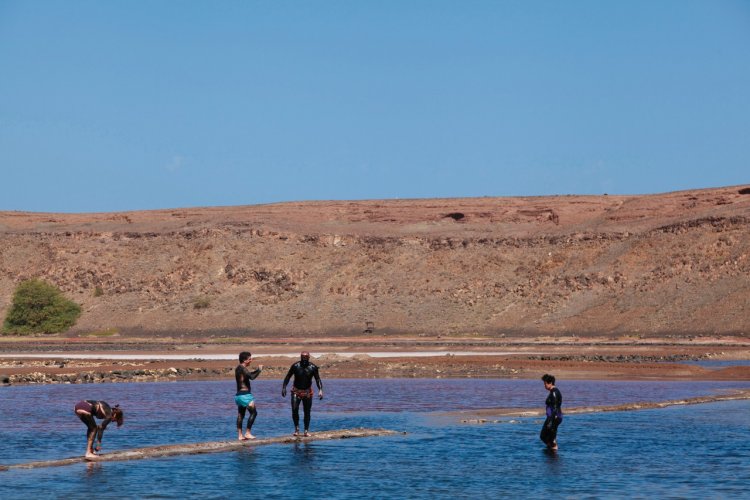 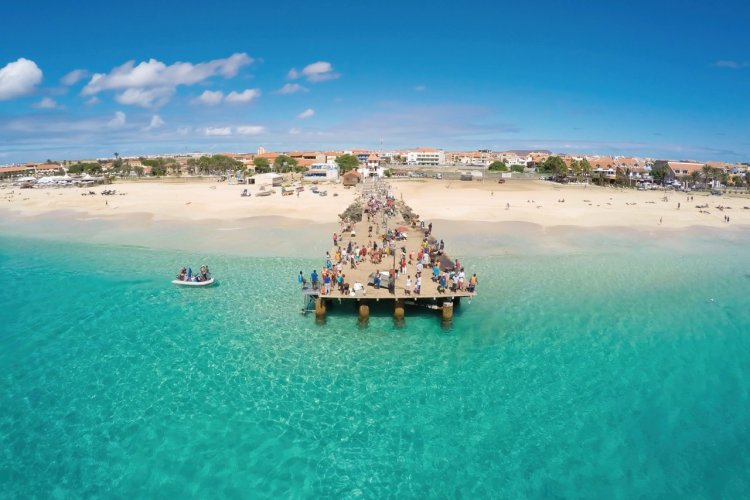 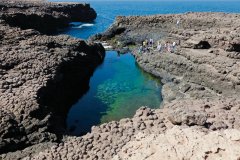 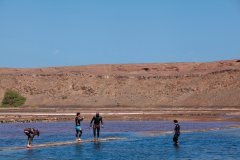 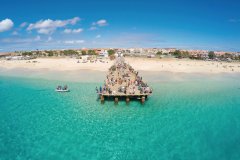